And so after our gentle stroll around the lake on Saturday, we drove into Holmfirth for a little look around. 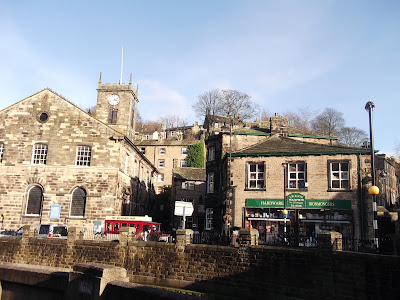 Holmfirth is a very pretty and old market town in the Holme Valley - which is an exceptionally steep valley!  It still has a lot of the old mill houses which have been turned into unique and very pretty houses still lived in. 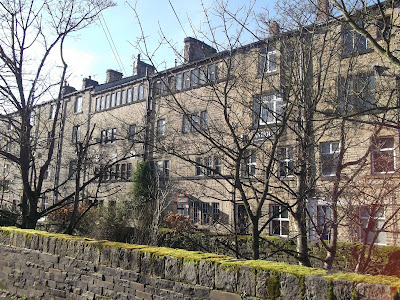 The old studio's of Bamforth & Co are now derelict, but it is a fabulous building.  Bamforth & Co were originally film makers, but then in a change of direction, they manufactures the saucy seaside postcards that were very popular in the early 1960's. 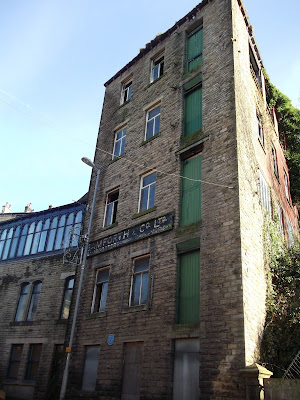 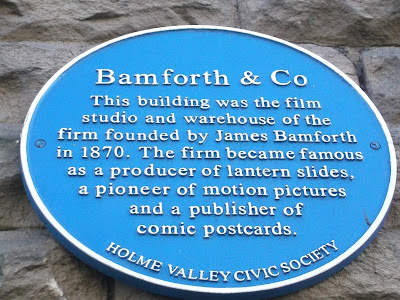 Holmfirth had a bit of a revival in the 1980's when the popular TV Comedy "Last of the Summer Wine" was filmed here.  Lots of lovely little individual shops were opened up and down the cobbled streets around the town, but sadly a lot of these are now closed.  It seems that this down turn in the economy goes on and on. 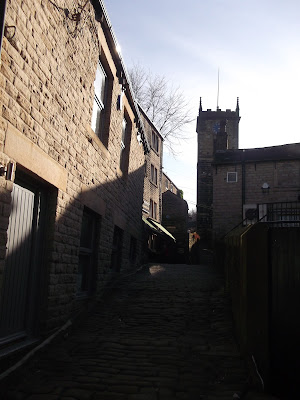 A couple of fab little second hand book shops and plenty of gorgeous cafes remain though. 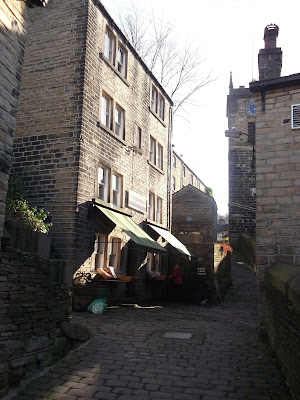 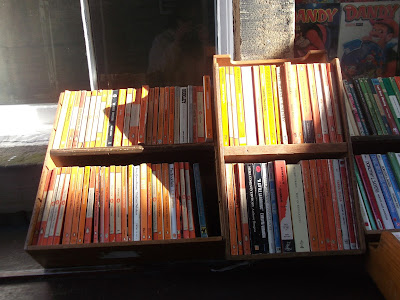 You may recognise "Sid's Cafe" from the series. 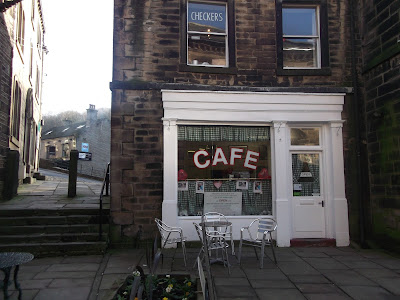 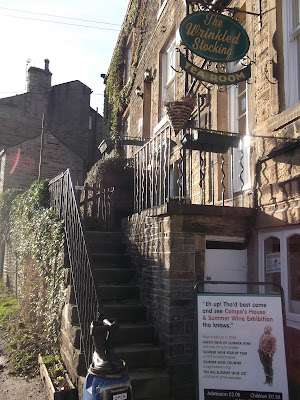 We had  a lovely stroll around the town - it was so nice to get out in the Spring like weather. xxxx
Posted by Diane at Monday, February 18, 2013

Looks like a "reet nice" place to visit, loving the name of the cafe,makes you want to pull your "stockings" up!! Lucey x

Thank you for sharing, it looks such a nice place to visit, just like on t.v.
Rosezeeta.

It's years since I've been to Homfirth, it's a lovely little place. Glad you are enjoying getting out and about in the sunshine! xxxxxxx

Nic B Vintage Be Beau said...

Will be out there Saturday night,to see tribute band a Foreigners Journey. Great charity shops there too!

I seriously need to go on one of these trips with you, you go to the most gorgeous of places!
Have a great week!
Tammy

Holmfirth is nice isn't it? I seem to remember that there is (or used to be)a lovely Rowan wool shop nearby.

I love Holmfirth. I used to go all the time in my younger days (I had a boyfriend nearby!)

Lovely pictures! It's so nice to see some spring like weather isn't it. The frost is back again today though :( but we are still heading out to the coast x

I like Homfirth -I've seen Sid's Cafe but not the Wrinkled Stocking one, I remember we went into a cafe that was an old mill or warehouse type building at the back of the main centre, that was a few years ago when we were on our way to Huddersfield. Isn't it great to get out and about in this lovely weather?:)

Another area on my wishlist to explore.
Isn't it lovely to get out in better weather?! I've hear it's going to turn again so will have to make the most of the moment.

Those are very tall houses! Are they like the ones in Hebden Bridge, built into a hillside, so two stories back and four front? Or just very tall weavers houses??

It does look like a very pretty place. I was reading about it recently in Stuart Maconie's Land of Hope and Glory.
Lisa x