Following on from my previous post, I thought I would show you the photographs of the village, and compare them with the same views today.
This is Brook Hill. Most of the buildings are still intact today. The larger building on the left is still a shop today. I don't know what it was then, but today it is a general grocers. 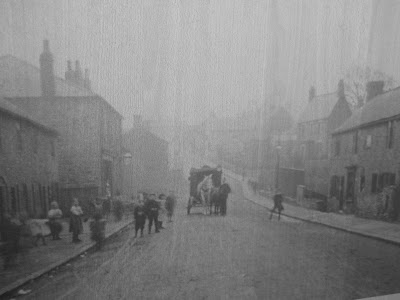 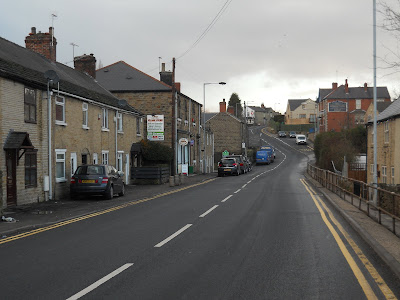 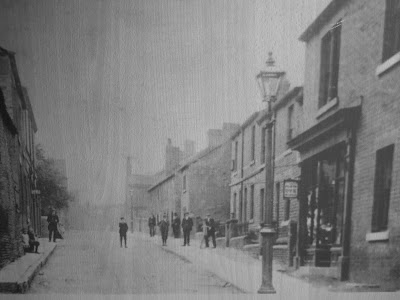 This is Thorpe Street. Back then, there were a lot more shops and pubs on here. Again, all tthe buildings remain, but have been turned into houses. 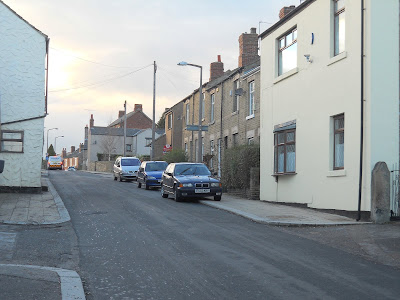 This was the Old Barley Hall Colliery. Nothing remains of this today - just a few bricks from the winding shed. Before the colliery was pulled down, it was used in a Walt Disney film called "Pit Ponies" and also an adaptation of a Barry Hines book called "The Price of Coal". I know that The Price of Coal was filmed in 1976 because I almost got the part of Bobby Knutts daughter (I have told you the story before so I wont repeat myself!!). They pulled the rest of the pit down after they had finished filming. 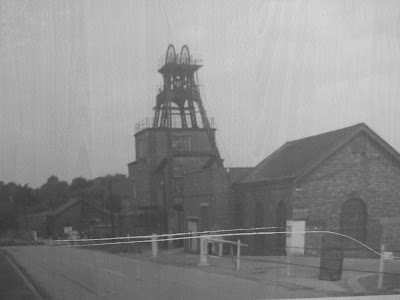 Its now another place that Mother Nature has claimed back from a heavily industrialised site. 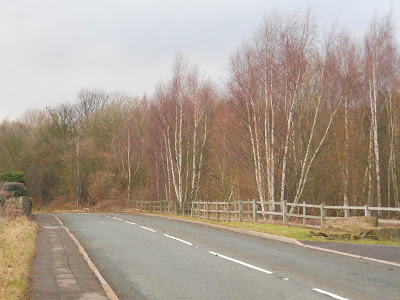 I just love old photo`s-but end up feeling a little sad when I see the changes-though in this case I prefer the trees to the colliery !
Chris called down with the cards today- Diane , they are gorgeous ! thank you ever so much -you are so clever- I have already sold two !I practically got into a fight grappling with my sister about which one I wanted for myself !x

What a fab post! I love looking at old photos and seeing how things have changed! Just over 100 years ago our street was a meadow! x

So interesting to see the change, or not, between then and now.
Lisa x

Gorgeous post. I love the old lamp post in the third photo, which is missing in the fourth. Such a shame to lose those. That's one of the things I love about Paris (photos I've seen), are the beautiful old lamps posts. I also love the photo of where the colliery use to be. All those trees are back. Magnificant.
Thanks for sharing,
Anne xx

Interesting to see how little has changed other than the last pictures. I am glad that has gone back to nature. Diane

I find it so fascinating looking at old photos and comparing them to today. Your images have barely changed which is so nice. Love the card you made in your previous post, what a find stumbling across something like that for your friend, I'm sure she'll be teary eyed. x

Oh I love seeing old/new pics like this . I've got a few very similar , obviously different areas but I think seeing the changes are just awesome

Fascinating to compare then and now. Thorpe Street looks a bit plainer now than then - I liked the shop front and the lamp in the old photo.

I love old photos of places I know, and especially when there is a clever photographer to take pics today from exactly the same place! Clever Diane!

I'm not sure if its just the old photos, but there does seem to be a lot more smoke and haze around then.

A great series of photos. I liked the old lampposts better than todays. It is nice to see the buildings have remained. I've noticed here that houses are being torn down to make way for bigger buildings. The houses would only be 30 years old. We live in a throw away society.

Wonderful photos - the old ones seem more full of life than those of today - I expect because they have people in them - wheels have taken over from feet in the modern ones:)

i do so enjoy your blog :o)