This afternoon, hubby and I took a guided tour around the old Victorian Cemetery which sits just behind Ecclesall Road in Sheffield.  It is a fascinating place to wander around, but the free guided tour made it so much more interesting.  They hold many different tours and events here throughout the year - we plan to catch a few more of these. 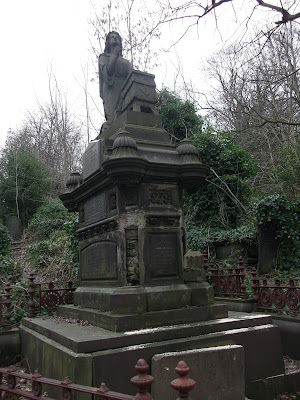 Our wonderful guide explained to us that the cemetery came into existence because the population of Sheffield expanded rapidly and the churches in town did not have the capacity in the graveyards to bury the dead.  She also explained that the new cemetery was a lot more secure and was less at risk from body snatchers - a very real problem in the mid 1800's as Sheffield had 2 medical schools which were short of research materials! 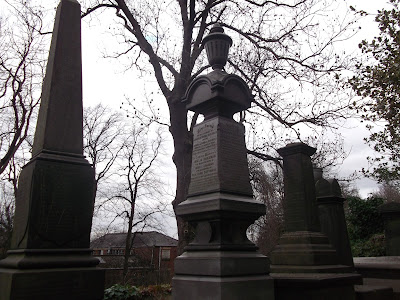 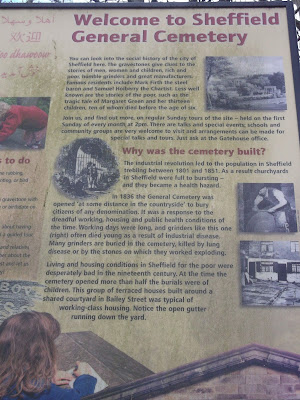 We had never noticed the catacombs before.  Our guide explained the geography of the site too. It had started off as an old quarry and the whole site evolved over time.  It is a very steep site. 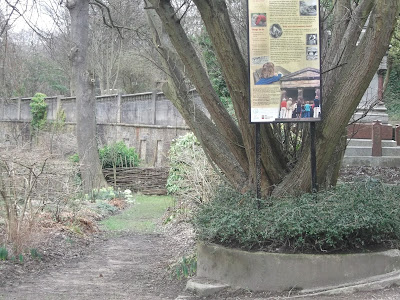 The entrance gates are very "temple" like - the architects took a lot of their style for the cemetery and its buildings  from the Egyptians - which was a very fashionable style at that time . 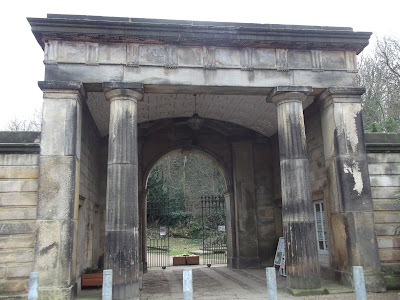 They also re-routed the river Porter so that the dead had to cross the river to get to their final resting place. 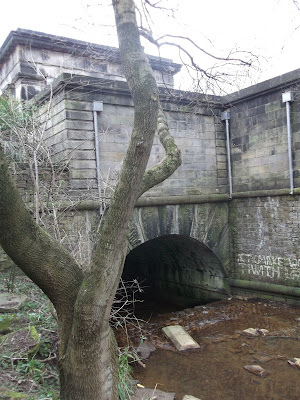 I couldn't help but snap this colourful Robin who stood out against the greyness of the day and the grave stone. 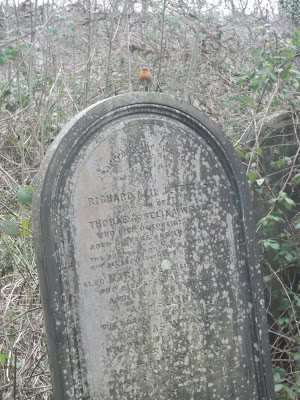 The cemetery was "non conformist" which meant that anyone could be buried here.  Our guide told us interesting stories about the many inhabitants, rich and poor that were buried here.  She was an excellent story teller and painted a fascinating picture of what Sheffield would have been like in the mid 1800's and how the town developed into a city, how the education system evolved for the poor.  I truly learned so much from her.  I do think volunteers at establishments like this are worth their weight in gold. 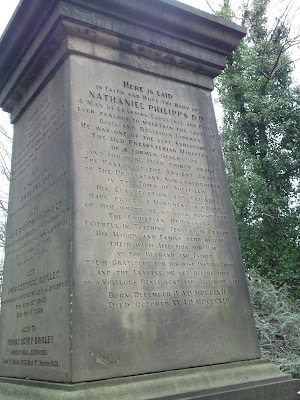 One of the more famous inhabitants is Mark Firth who was a succesful steel producer and he also founded Sheffield University. The grave in front of his monument is actually the entrance to his crypt where he and his 2 wives and a few of his children lay in rest. 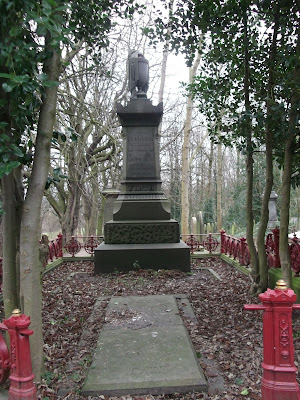 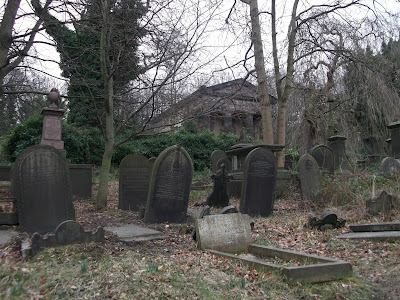 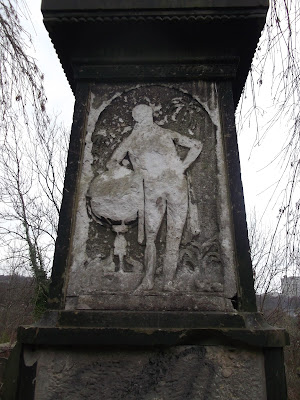 It is interesting to spot some of the great and good that were very special to Sheffield.  We spotted Mr Bassett (of Liquorice Allsorts fame) and also the Brothers Cole - Cole Brothers store became John Lewis. 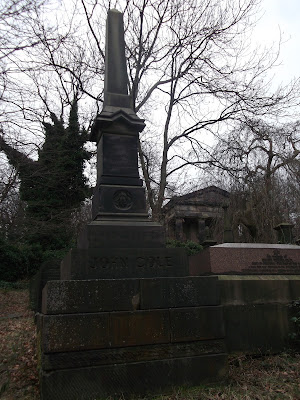 The tour was well attended and we all agreed that it had been a great way to spend a Sunday afternoon.  They even make you a cup of tea with biscuits when you have finished!
Posted by Diane at Sunday, March 03, 2013

I love visiting cemeteries. I used to take my daughter around them when she was a toddler. I find them really peaceful places and love reading the headstones and thinking about the lives of those people. She is now an adult and still loves to look with me. This tour would of suited us both fine.
Rosezeeta

How interesting. I reckon Dave would like to explore this cemetery and I'm sure I'd enjoy a nosy too. Even better for having tea and biscuits at the end!

My friend and I did one of the tours last year and it was fascinating. Our local history group is going later this year too so we'll be getting another look at it. I didn't know the bit about the River Porter - presumably intended as a stand in for either the River Styx or the River Jordan!

This sounds so interesting. How do you find out about all this cool stuff? How do you book on it?
I'd love to learn more about Sheffield.

Nice to see a cemetery with a difference. I have got so used to the ones here in France. Have a good week, t'other Diane

How interesting! I always find old cemeteries fascinating. We have a Colonial one here (1700's) which is quite old for us.

Such an interesting way to spend your afternoon. It must have been so much more enjoyable with a guide who was good as what she does, it can make or break a good time if you've got someone who just recites a script.
Lisa x

My love of cemeteries is well known and how wonderful to have a guided tour and learn all that fascinating info. That guide sounds so great.

Looks like a fascinating tour, Diane! Some volunteer guides are so enthusiastic and full of information and I think I'd rather go round there with a group of people than on my own because some of those large memorials, although interesting, look a bit oppressive:)

With its gothic loos , I always thought the graveyard resembled a film set

I've heard a lot about the cemetery when I was doing a family history course last year and its on my wish list to do a tour.

Some people think cemeteries are scary places. But, in reality, they are often a place where you can go to talk to your loved ones, spiritually. I do; I go to talk to my dad, who I lost and being there, on hallowed ground, makes me safe and protected. Cemeteries are often beautiful places, that feel safe and protected. In fact, there's a very large cemetery near me, called Spring Grove Cemetery. It's reputed to be haunted by this statue in Lot 100 that turns its head to watch people pass by. Creepy

That looks so interesting I have been meaning to try and visit the cemetery in Bristol. Thank you for reminding me of this!
Sarah x

I love the fact that English cemeteries are surrounded by nature, they look less spooky than ours.
xxxx

Oh thank you so much for a wonderful post. Tracing my family tree I've recently discovered some of my ancestors are buried in this cemetery, although their graves are unmarked. Living on the other side of the world is frustrating as I can't go and visit and explore the cemetery myself, but your post has done that for me and given me an insight into where they rest. Thank you so very much.

Such fascinating places, cemeteries. You just can't help wondering about the lives and stories behind the inscriptions on the gravestones.

This sounds like a really interesting tour and would be just up my street..