Weekend in the West Country

To celebrate hubby's birthday, we decided to have a short trip to the West Country - reasoning that its normally sunnier and warmer down this way.  Wrong! But whilst the weather was very cold, and dull, our weekend was not!
We stayed in Portishead as we have stopped here before en route to Cornwall, and found it to be a sweet little place.  We discovered that they are turning the old docks into a swish "Marina" which means some lovely restaurants etc have sprung up - so we had plenty of choice for places to eat at the end of each day. 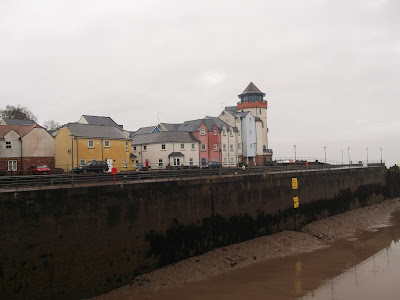 The town appears to be coastal, but it actually on the very muddy banks of the river Severn and the estuary to the Avon is nearby. 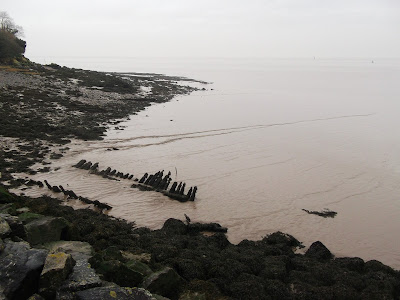 We arrived on Thursday afternoon and after a quick look around and having dropped off our bags, we went straight into Bristol for a look around the Quayside.  I love what they have done with all the old warehouses etc alongside the old docks.  I had never realised that Bristol and its old docks was so far away from the coast!  I read that after the war when the docks had been bombed, they decided to re build them nearer the mouth of the Avon. 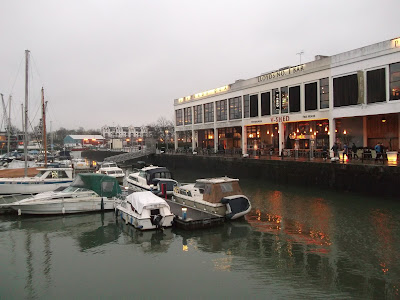 Bristol is an amazing place with lots of history involving trading throughout the last couple of centuries - including some that it is not very proud of, but the legacy of the immense wealth that trading across the world generated can be seen in the many fine buildings still standing in the town and surrounding area's.  I'll share photos of some of these later. 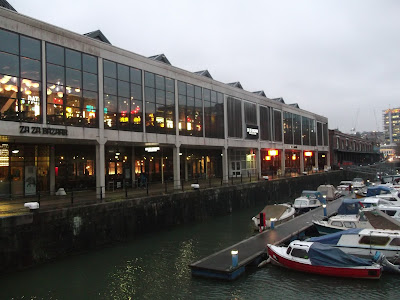 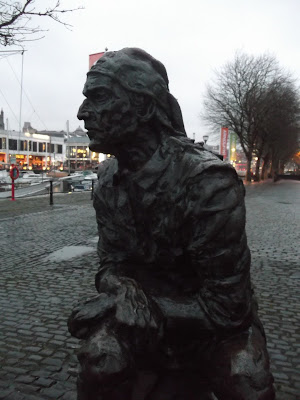 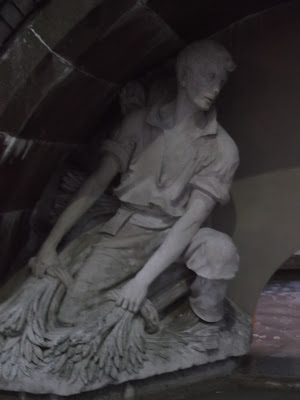 We had a twighlight stroll around which was lovely. 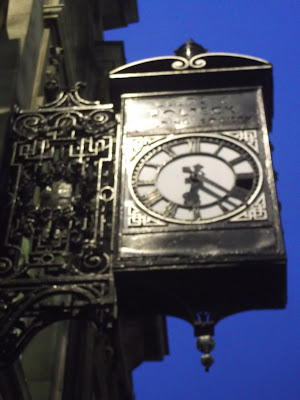 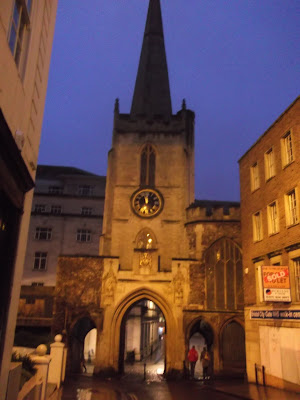 And we began to feel like we were on holiday straight away. 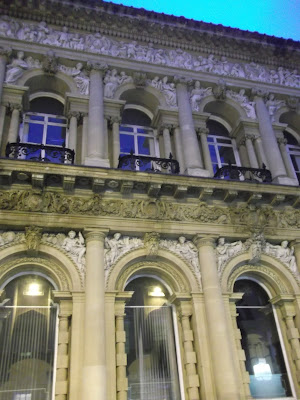 I'll show you where we went on Friday - I got to tick another place off my list! (Yes I know it was supposed to be hubby's birthday!!)
Posted by Diane at Monday, March 11, 2013

I'm so glad you enjoyed Bristol. We've done a few weekends down there and it's full of interesting corners and bits of history! I look forward to reading your next posts. Jx

There are some beautiful buildings there. When I was a teenager I used to go to Bristol by train at the weekend, from Wales, it was always so exciting.

You sound as though you had a lovely time and I hope hubby enjoyed his birthday.

Bristol is beautiful isn't it. I loved it there when we went a couple of year ago.
Did you see Cary Grant?
Belated happy birthday wishes to the ever lovely Mr H.
Lisa x

You get around a bit you two

Hope your husband had a happy birthday, looks like a great place to visit.

Sounds as if you had a good time away and you were able to get out and about for an evening stroll.

Sounds like a super break, Diane! Hope your hubby had a lovely birthday. I like Bristol, am I dreaming or was there a pop group or band called Portishead? Anyway looks a great base from which to explore that area:)

You obviously had a great time! There is such a lot of history in that part of the world.

And no, we only got a sprinkling of snow, though the tops of the moors are all white, which I can see from our back windows!

What a lovely little trip. x

Happy Birthday to your husband :D I always love the pictures you post on your blog. They always cheer me up. And when you were talking about places being bombed in the war, I don't think there was one place in England that wasn't affected by bombs somehow. London seems to have bore the biggest brunt of it, getting the most dropped on it. Sheesh, what did the Brits do to deserve getting bombed on, I wonder?

What a pretty village Portishead is! And aren't you a little bit jet set too for having dinner at its swish Marina?! :P
xxxxx