Dover and St Margaret at Cliffe

When we travel across to France, we often sail from Dover and usually stay overnight here so that we can catch an early ferry next morning.  Hubby has always hankered after a look around Dover Castle, so we arrived a little earlier and called at the castle.  We didn't get chance for a full look around as there is so much to explore and see and the site that the castle sits on is huge.  The history behind castles on this site goes back really far too because of its strategic site - sitting so close to coast of France. 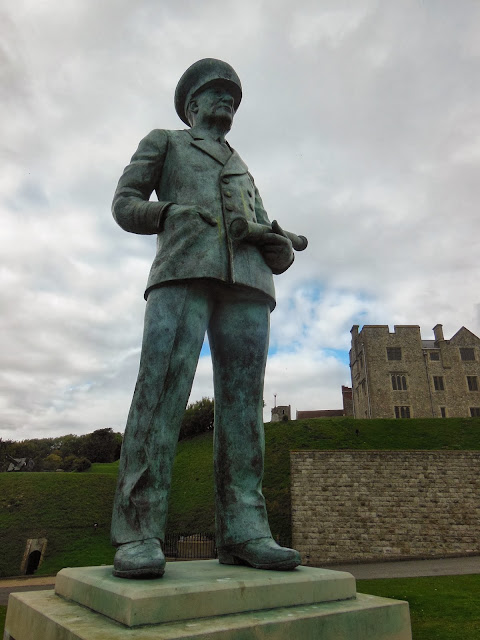 We concentrated on the World War 2 aspect of the castle as this is where hubby's interest lay.  We managed to get a tour of the some of the huge labyrinth of underground tunnels and rooms that were dug and used for War rooms.(but they would not allow photographs).  The castle and town had played a big part in the rescue of service men from Dunkirk. 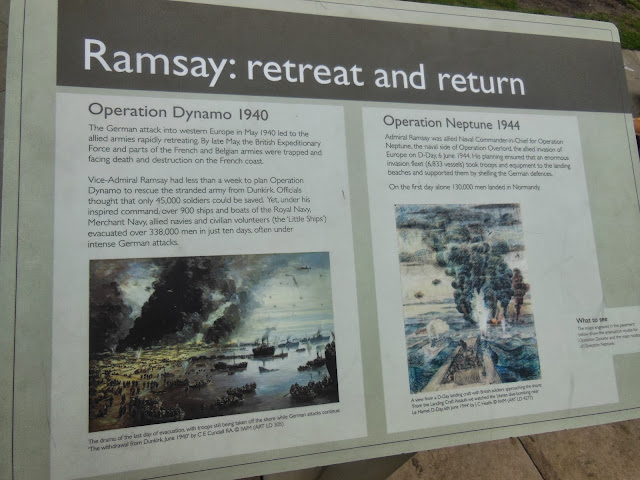 They have done really well to create the atmosphere of this event.  It was quite moving in parts. 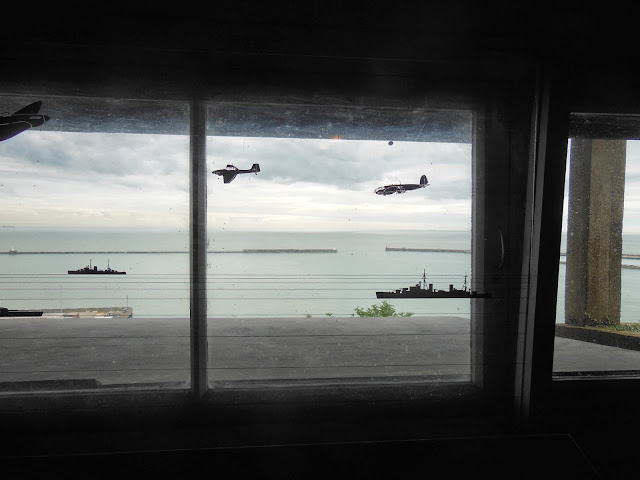 After our tunnel tour, we managed to race around the rest of the site seeing as much as we could before it closed. 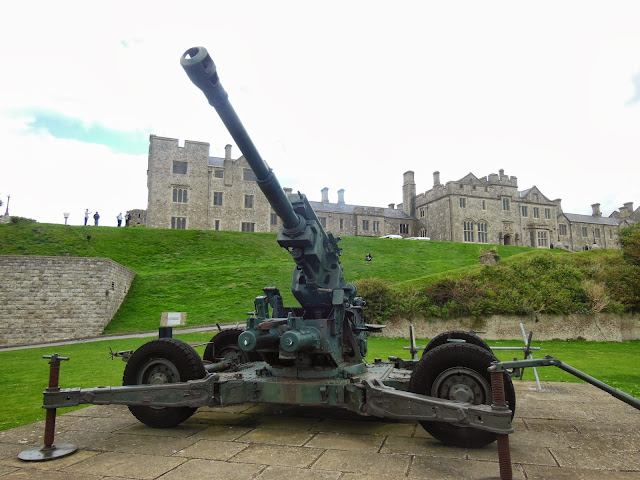 Most people had left by this time although it had been really busy when we first arrived. 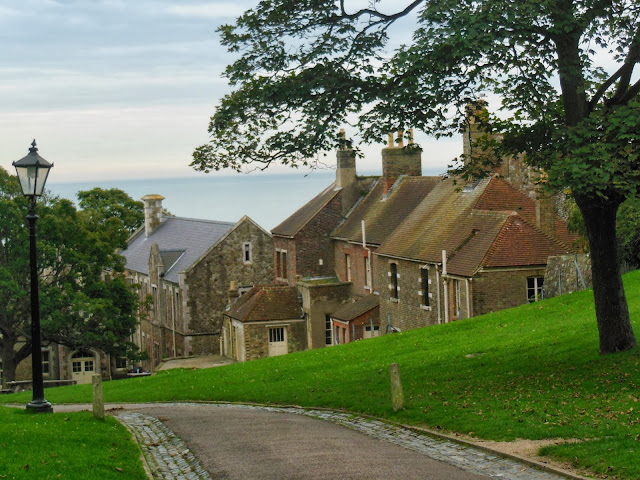 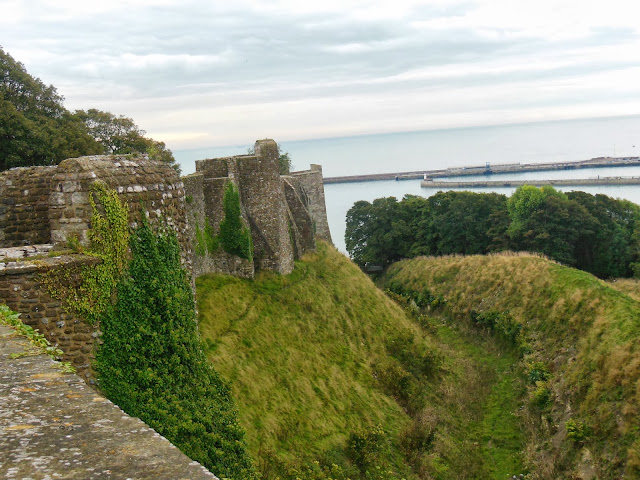 I have booked a talk that is being given at the Sheffield Literary Festival (Off the Shelf) next week that I believe includes details on the history of Dover Castle so I'll probably learn a lot more about this next week. 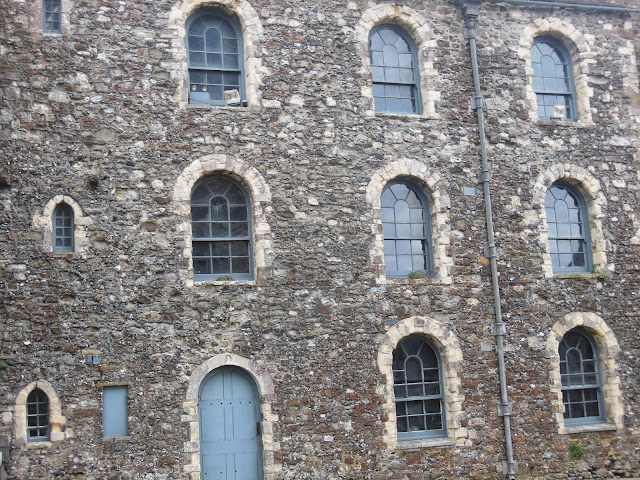 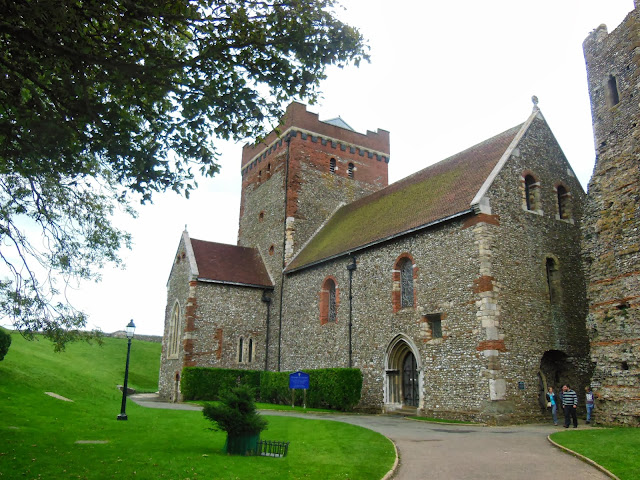 I believe that the  lighthouse here is from Roman times. 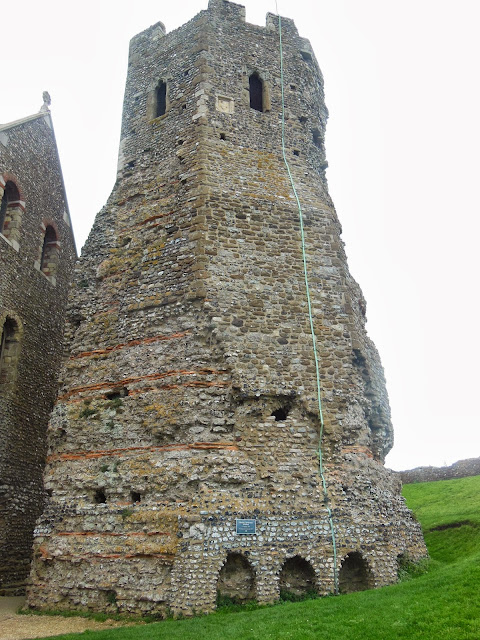 A lot of the town of Dover is in need of repair, but they do seem to be trying to regenerate - starting on the sea front where there are some gorgeous huge terraces. 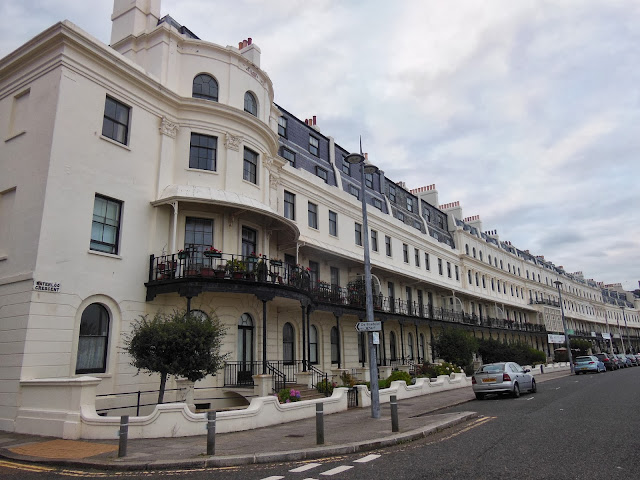 I find Dover to be a strange place.  It seems to be miles away from anywhere else and most people are just passing through - as we were .  Although I always find places like this worth stopping off for a look as you never know what you might find. 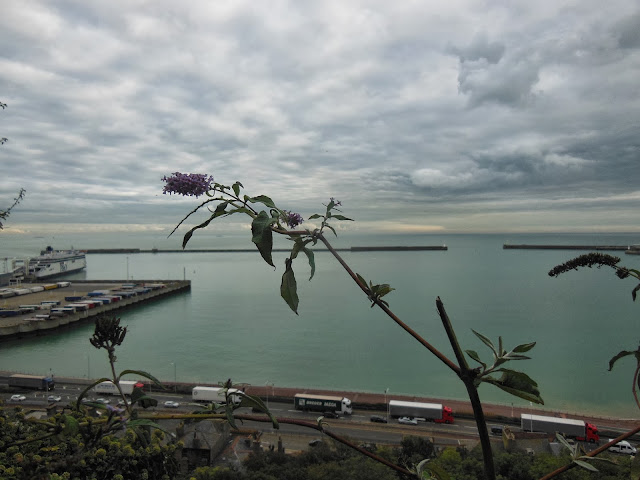 And we certainly found a huge surprise at nearby St Margaret at Cliffe - just 3 miles away from Dover.  We couldn't believe these amazing houses on the beach.  I later discovered that at one time Ian Fleming and Noel Coward had owned one of these very unusual homes.  Apparently Miriam Margolyes still lives nearby in a cliff top house that she bought from Peter Ustinov. 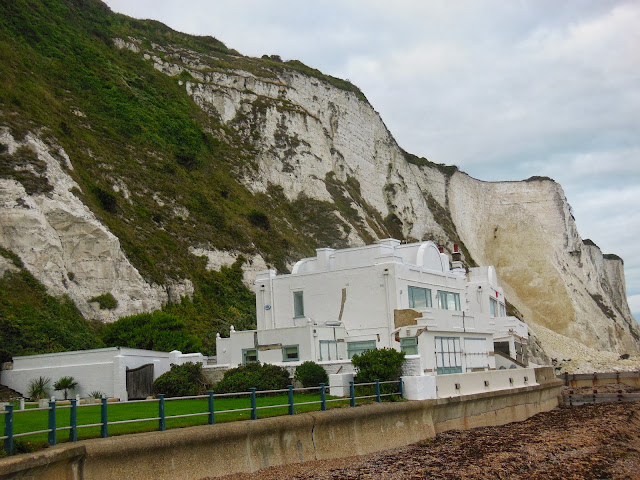 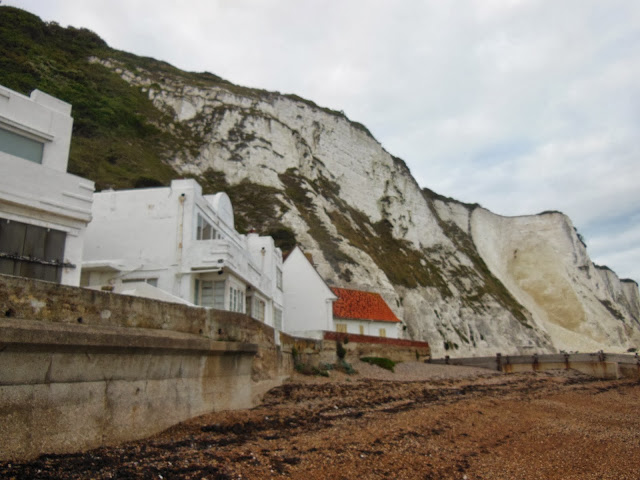 We did spot plenty of evidence of erosion on these very fragile cliffs. 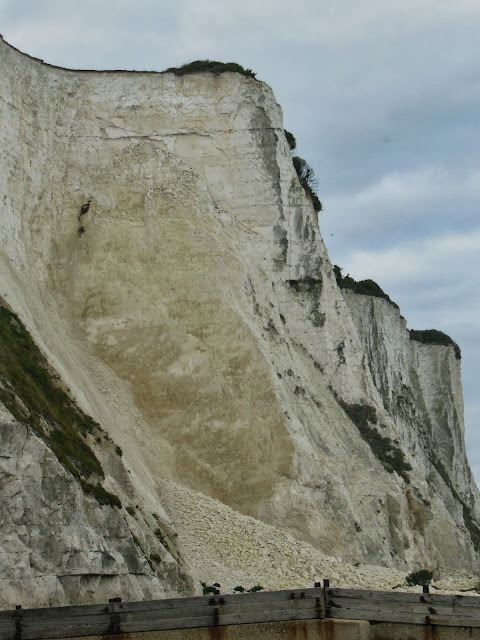 I managed to snap St Margaret at Cliffe from the sea next day.  It is where most Channel swimmers set off from and is very different from Dover. 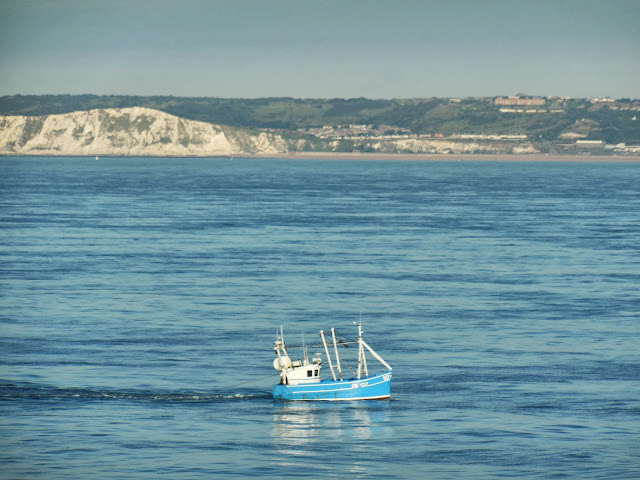 I couldn't resist snapping our stowaway on the ferry.  This cheeky chap hitched a lift for quite away across the Channel. 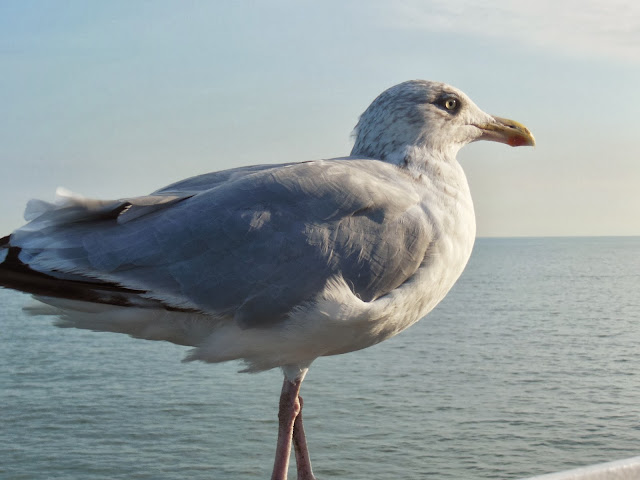 I don't think I'd like to live in those houses on the beach, I'd be worried about being buried alive lol. Those terraces look lovely though.

Funnily enough Mark and I were chatting about planning a short break in Kent in the New Year. He loves all the WW2 stuff too so we'll have to add Dover Castle to our list. Thanks for the 'top tip'! Jx

Like you we've only ever passed through Dover on the way to the ferries and that does seem a shame. the castle looks very interesting - I hope you find out more about it at the talk you are going to:)

Thank you for that look around my home town - but now I'm homesick as I haven't been back for a while. You can stay in two English Heritage properties inside the castle grounds - we chose Peverell's Tower - amazing!

Chris' hometown is Broadstairs just around the coast