On Sunday, the young man needed a lift to the cinema. Her was meeting friends and we suspected a girl! (his personal hygiene often leaves a lot to be desired, but on Sunday morning he spent ages showering, brushing his teeth and his hair - which never usually sees a brush! He also had me buy him 2 trendy T shirts earlier in the week!). He said he would need a lift home afterwards, so hubby and I decided to walk the canal which is by the side of the cinema. 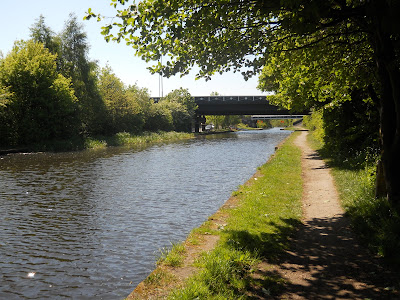 We were going to walk our usual way which takes us down the canal into Sheffield, and then back by via the river Don, but we realised we had never walked the other way, which takes you from Attercliffe to Rotherham - so we did this instead. 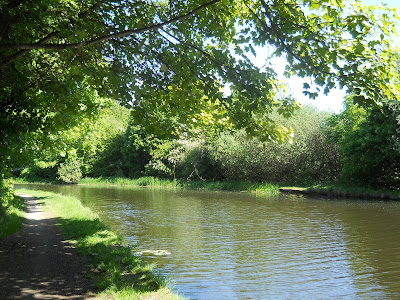 Its very hard to imagine that this would all have been surrounded by heavy industry until a few years ago. It is a far more rural walk than the walk into Sheffield where the buildings have been retained.

There is a Marina at Tinsley and a massive flight of locks. 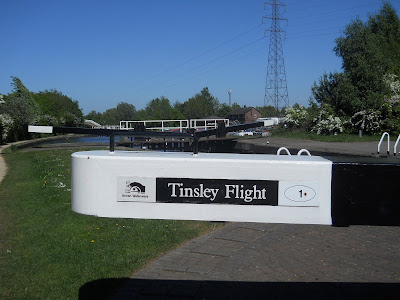 We were amazed to find that so many people actually live on the canal, both at Tinsley and also nearer to Rotherham. They all have little gardens, greenhouses and sheds, and I was impressed to see solar lighting panels. 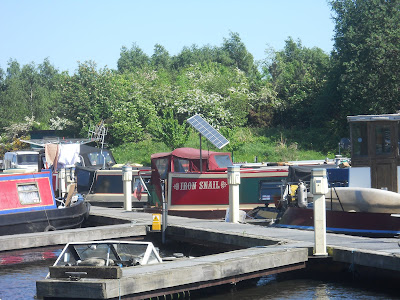 Hubby said that if we lived on a boat, it would end up like this - whoops!!! 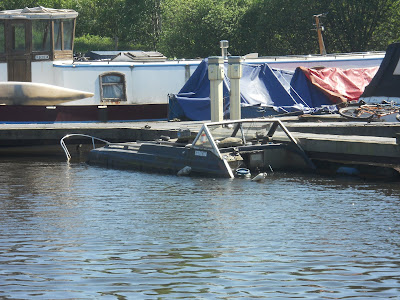 There are several very large basins on this stretch of the canal, and one bit stops being a canal for a while and utilises the river which must be navigatable for a while, before turning back into a canal near a spectacular weir. 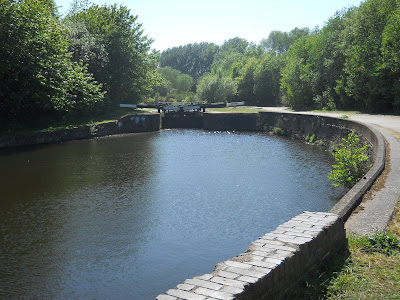 The canal runs under the MI motorway at one point. 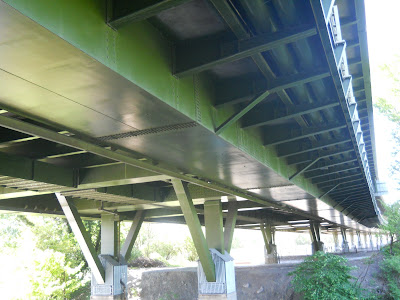 These are the only 2 remaining relics of industry that we found along the way. 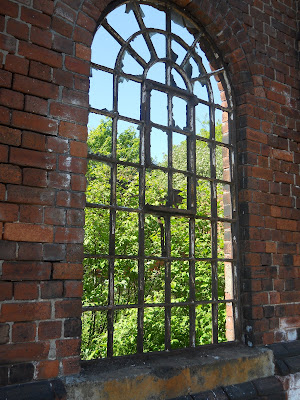 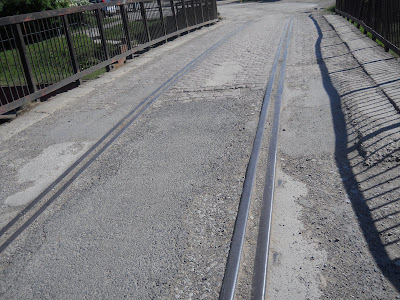 There were lots of signs of nature to spot. 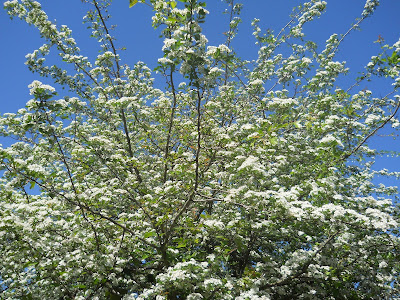 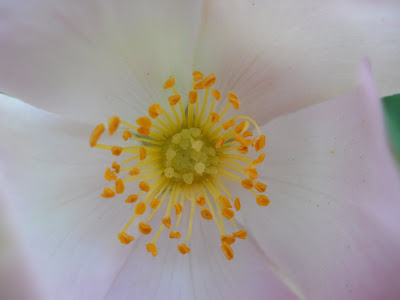 On almost reaching Rotherham, we thought that we had better cut our walk short and hot foot it back to the car park as we calculated the film finished about 5.30pm. As we received no text, we decided to partake of a swift half of lager outside the "Noose & Gibbet", a pub dedicated to the highwayman Spence Broughton who was the last man to hang in Sheffield. Its a great pub sign don't you think? 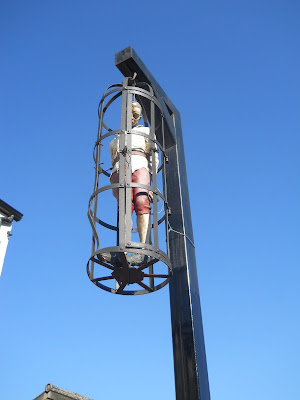 Well, after waiting for another half hour, I decided to ring him to see where he was. Indeed a young lady was involved and he had forgotten all about his old parents and gone home with her on the bus!!!
Posted by Diane at Tuesday, May 03, 2011

What a lovely walk you had. The canal looks beautiful. Great pub sign!
Liz

I love the pub sign, and your walk looks lovely. It was really blustery here on Sunday, in fact it's been windy for the last few days. Glad to hear the young man made an extra effort in the bathroom for the girl in question.

Teenagers! Don't you just love 'em. Anyway, it gave you an excuse for a lovely walk and a beer. It is great that nature has replaced the industrial landscape. It looks a lovely walk.

What a lovely place for a stroll-teenagers-they make you laugh,don`t they ? thats a sure sign he has a girlfriend ! love the pub sign-even though its a bit gruesome !

Lol at the young man forgetting how he'd got to the cinema! Ah well, you'll be stocking up on shower gel now. Looks like a lovely walk:)

What a typical boy!
Your canal is so like our river nearby, beautiful.

that made me laugh (first for a while) wow your bill for 'products' will go through the roof now, and forget getting a hot shower....young love eh!......sincerely hoping not a forever arrangement di, but we shall have to wait and see...keep everything crossed for me!

How can you forget your parents LOL. It looks like it is a beautiful place to walk. Diane

Must be love. The walk looked lovely I have never venture that way before either.

That made me giggle a lot! Ah bless him! That pub sign is very unusual to say the least. Fab walk though.
Lisa x

Hi, just wanted to say that I love reading about all your walks and visits to places of interest. You always provide lots of great facts about the area, and your photos are lovely too! I'm in West Yorkshire but I've travelled south and been to one or two of the places you've mentioned, and it's nice reading about somewhere that I'm (at least a little bit) familiar with!

Love that pub sign, even if it's a bit creepy!

my hubby and i have just walked down part of the canal towpath from tinsley towards rotherham, my goodness...what a dump, rubish and wheels and tyres and logs etc...just dumped in the canal. we have a boat moored at lincoln on the fossdyke navigation, its lovely and clean, we feel really sorry for the boaters who have to cruise this part of the canal system. we turned back part way down the towpath as there was a huge group of youths hanging around and we thought it risky walking past them.....thank goodness we made it back safely to our car at tinsley, we will never walk around there again...a truly terrible dump.