I've been a proper gadabout of late - for which I make no apologies!  No sooner had we unpacked from our holidays, than we were packing our camping equipment up again and heading off for a fab weekend to a superb little campsite in Minchinhampton in Gloucestershire.  Tobacconist Farm is a superb newish little site which is very well run by a lovely lady called Lucy.  It would make a great place for a first camping session if you are new to camping, and I believe she will hire Bell Tents, all ready for you sleep in if you wish too. 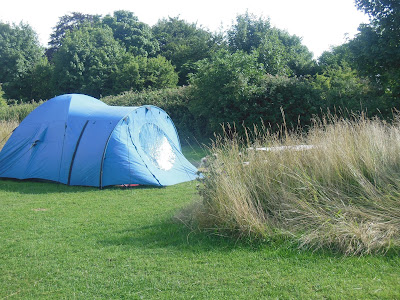 The town itself was very pretty.  It sits on a huge common which is run by the national trust, so cows, sheep and the occasional horse roam by freely. 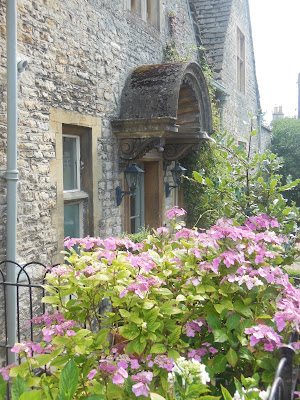 A lady we spoke to told us that there used to be 22 pubs in the town, and now there is only one.  The shops are diminished in numbers too, but a couple of new ones have opened, my favourite being the cafe run by the organic farmer - he made the most fabulous milk shakes. 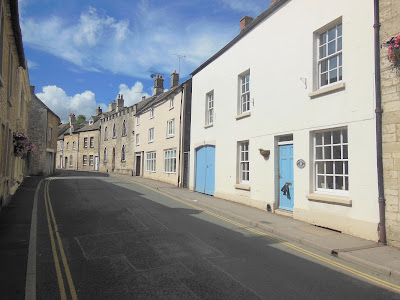 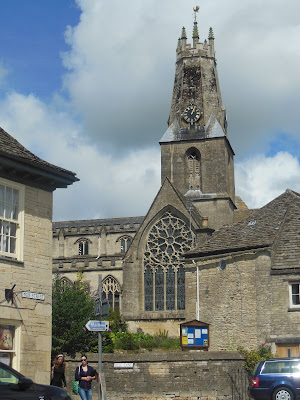 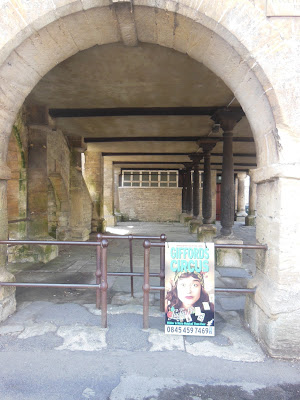 The purpose of our visit was to watch Giffords Circus.  Now I'm not a big Circus fan, but having read about Giffords in Country Living on many occasions, I thought that it might be something I would enjoy. 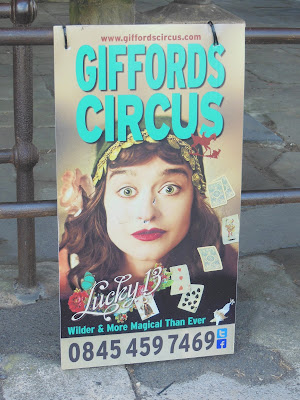 The circus is a 1930's style circus with all the caravans etc being from that era, and I am reliably informed that the interiors are of the same vintage. 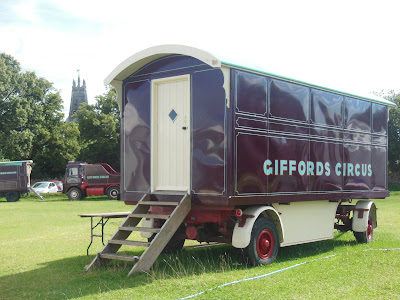 I loved the dressing room caravan! 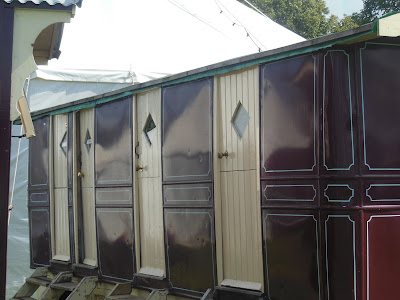 And the box office.  I had bought our tickets on line some months ago though - they sell out very quickly. 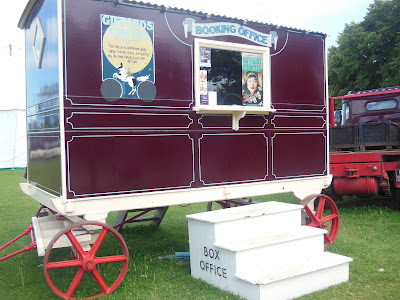 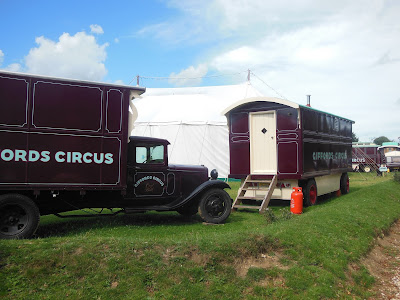 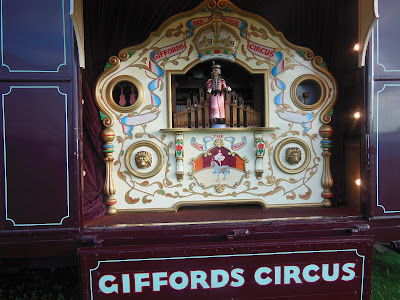 (apologies for the poor photos - hubby made us sit right at the back - he has a fear of "audience participation!) 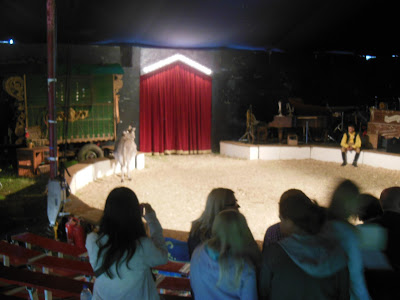 I must admit that the show was fantastic - a visual spectacular and incredibly funny.  I think it is a clever skill to make children and adults laugh at the same time.  The clown "Tweedy"  was totally brilliant.  I think someone had realised that lots of kids (and some grown ups) are afraid of the traditional clown figures, so he doesn't dress or paint up like a clown.  (he is 2nd left in this picture). 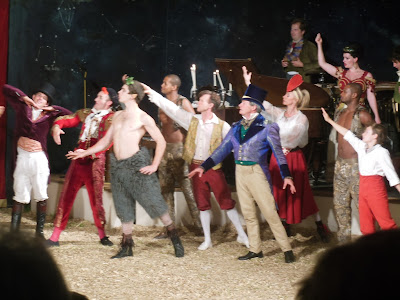 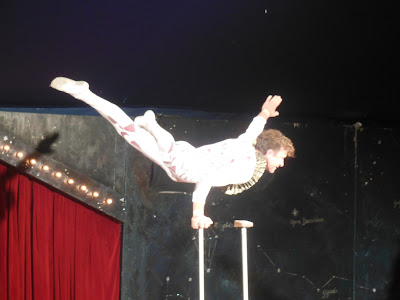 All the acts were amazing and it was highly entertaining.  I wasn't sure if it was going to be hubby's thing at all, but he said that if we could have gone back the next night, we would have as he had laughed so much he had missed some of it. 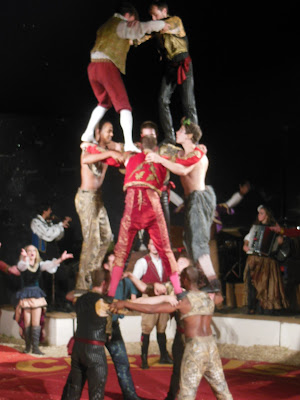 After the show, you can dine under the stars with the troupe.  We didn't on this occasion, but I think we would next time.  Nell Gifford who owns the circus is the sister of Emma Bridgewater and they use all Bridgewater crockery - the menu sounded delicious too. 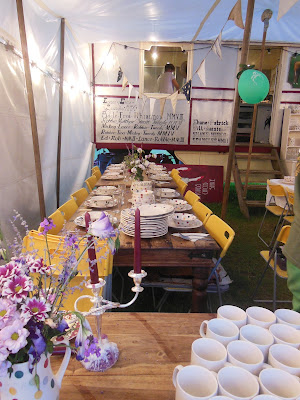 The Circus was situated on the common at Minchinhampton, and so a very easy walk back through the village to our campsite. 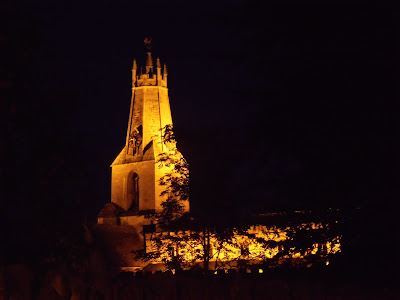 And I couldn't resist taking a photo of hubby in the tent.  Slightly reminded me of Alfred Hitchcock! 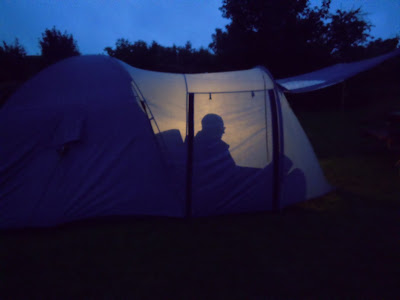 Hi Diane, I've read about Gifford's circus previously too, and it always sounds entertaining. Glad you and hubby enjoyed it. x

You are just like the queen, always on the go. They have traveling circus over here never been to one but might give it a go.

We went to see Giffords Circus last summer and really enjoyed it. Loved the old-fashioned atmosphere and all the vintage-style costumes. x

What a wonderful weekend! Somewhere new and an entertaining evening too.
I've seen this circus featured in CL before too and always wondered what it would be like and after yours and Mr H's rave review I think it's certain to say it's a must see.
Lisa x

Nice to hear of a circus that isn't just about animals.

Looks like great fun! I've always been a bit unsure about circuses but this sounds ok - I too have issues with audience participation. Glad you both had a great time:)

I've never heard of this circus before. Love the 'Hitchcock' photo!