I have often seen the large "Gig" rowing boats being rowed by strapping young men and women in Cornwall, but I had never realised just how old some of these boats were and what their original use had been. 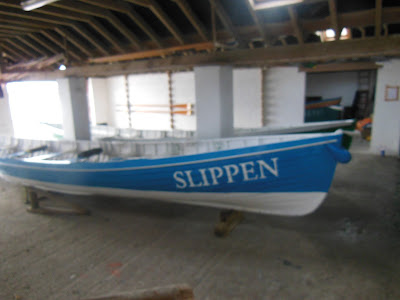 The Islands of Scilly have several boats and are currently used for the sport of rowing.  However these boats have a bit of a fascinating past.  They date from the late 1880's and were used by the Islanders to guide ships through the treacherous waters, but they were often called upon to rescue people, but mainly cargo from wrecked ships - of which there were loads in the late 1880's.  The families who rescued the cargo, got to keep it.  This made some of the Islanders very wealthy.  When the law changed, some of the Islanders became destitute as it was their only income.  I read some interesting literature in our cottage about this period in time.  One old lady had written her memoirs and said that there was always a lot of secrecy around the hauls from wrecks. 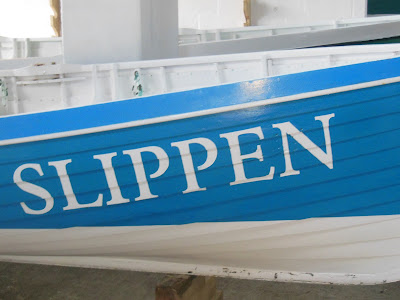 There were also accusations that some of the wrecks were not accidents, with Islanders luring the ships onto the rocks on purpose.  One boat had rescued a herd of Steers!  I bet that was an interesting sight. 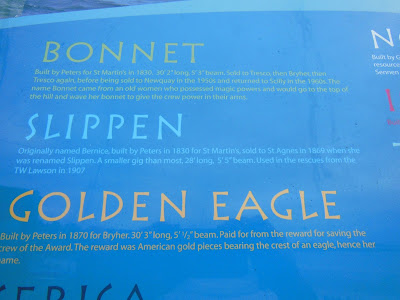 During the summer months, lots of racing takes place from several points around the Islands.  For a small fee, you can ride out on a pleasure boat and follow the race boats back to the harbour.  We thought it sounded like fun - and it was.  We joined the Gigs at the "Wreck Bouy" which was almost 3 miles out to sea. 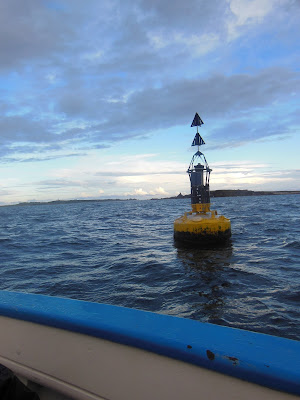 The Gigs formed some kind of orderly line, and then they were off. 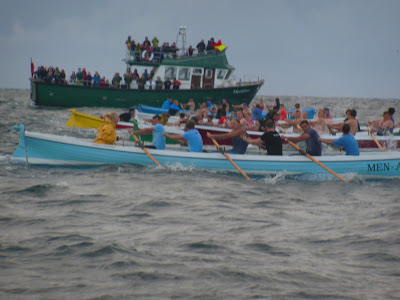 It was a rough and very choppy sea and we had some rain too - but these lads gave it their all.  The crowds on the pleasure crafts- at least one from each Island - cheered and spurred the rowers on. 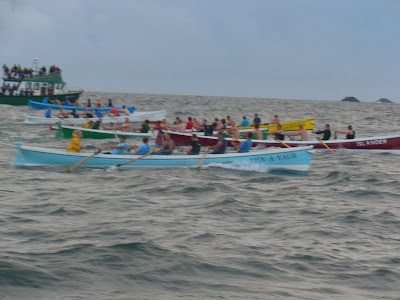 You may notice that several of the very beefy and hunky young men had their shirts off -   hubby thinks that is why I was so keen to go along!!! 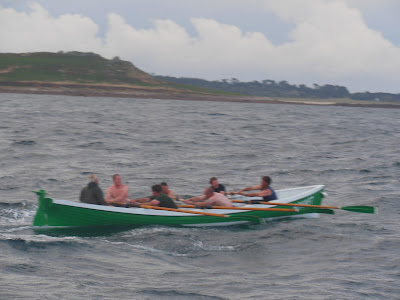 I have to say, it was great fun.  There is a lot of "make your own fun" kind of entertainment out in the Scilly's - something that I particularly love.  Especially when you get back home with lungs full of fresh air. 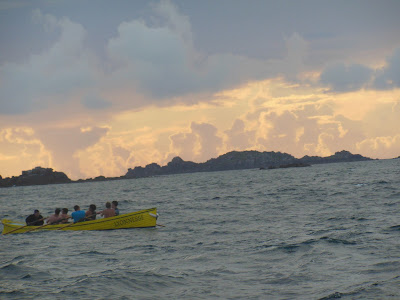 One of the most admired gig makers lived in a nearby village. They are fascinating boats.

Fascinating bit of history teamed with photos of shirtless men, what's not to like?!
Lisa x

When I first read your post title I though it would be horse and trap racing! Looks like great fun:)

I suspect with the blokey nature of being a bloke, i'm not getting as much out of your blog as some of your readers, but the boats are certainly lovely. They look in great knick for things so old - they must have had a great deal of TLC over almost the last two centuries for some of them.