Hubby and I chose to spend Remembrance Sunday on a tour of Sheffield General Cemetery this morning, on a walk dedicated to the inhabitants who had fought in wars, died fighting in wars and also died in their own homes "as a result of enemy action" in the Sheffield Blitz of December 12th and 15th 1940.
Our guide was a lovely chap who could tell a story very well.  We held a short remembrance service and 2 minute silence by the grave of Ernest Ronald Shuttleworth (aged 22 years) who was killed in WW2 - he isn't buried here.  His body was never found.  One of the chaps on the tour had done a lot of research on Ernest and was quite moved to hold the silence by this grave. 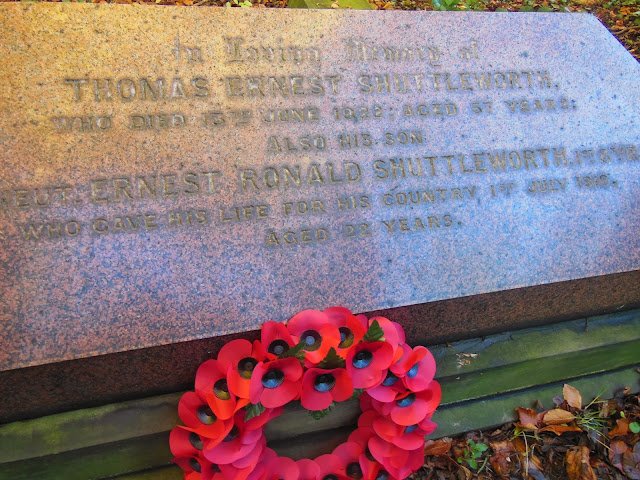 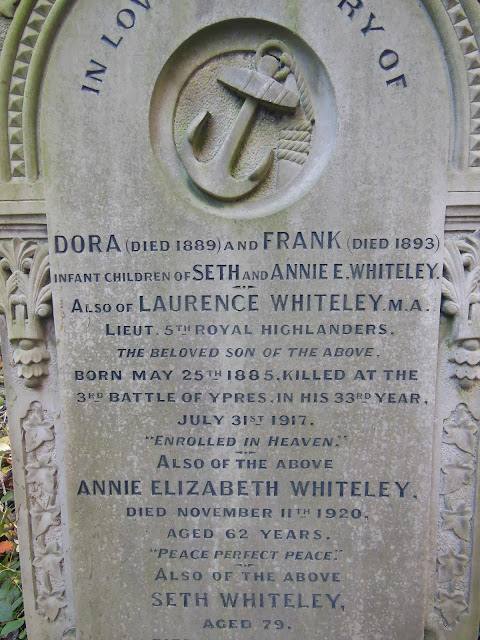 George Myers fought in the Crimean war - but happily survived. 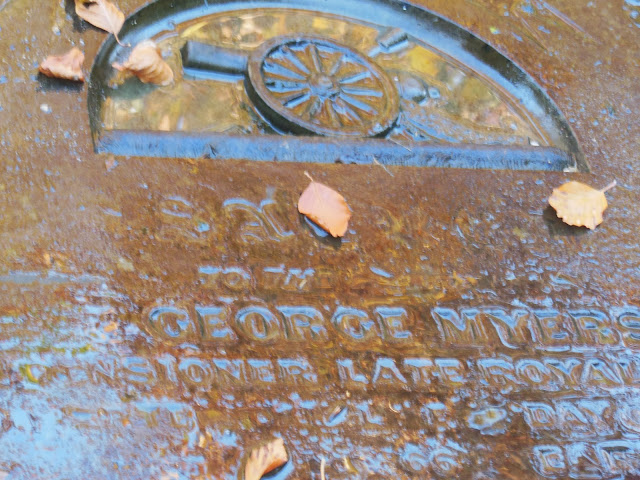 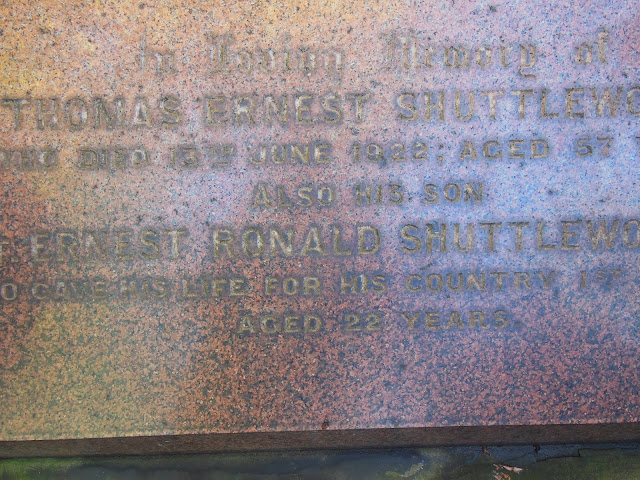 Thomas Sands fought in the battle of Waterloo and too happily survived. 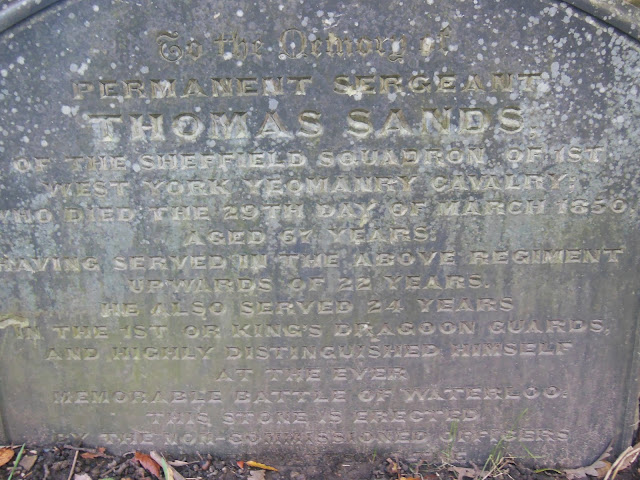 Poor Susan Bielby lost her husband in March 1940, then her home in Sheffield took a direct hit in the Sheffield Blitz on December 12th 1940 killing Susan and her 2 daughters. 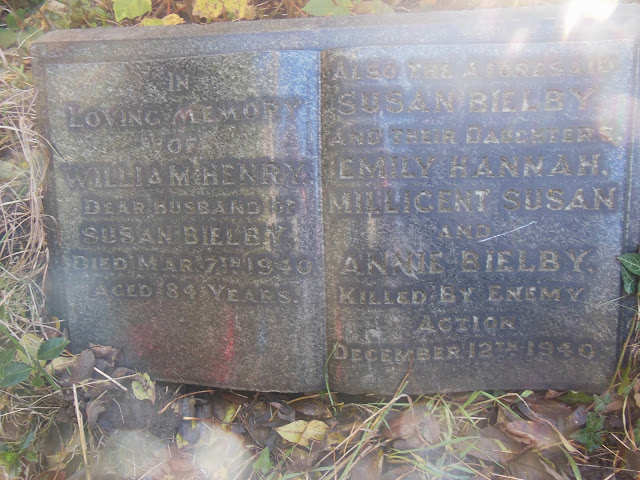 The family were teachers - hence the stone shaped as a book. 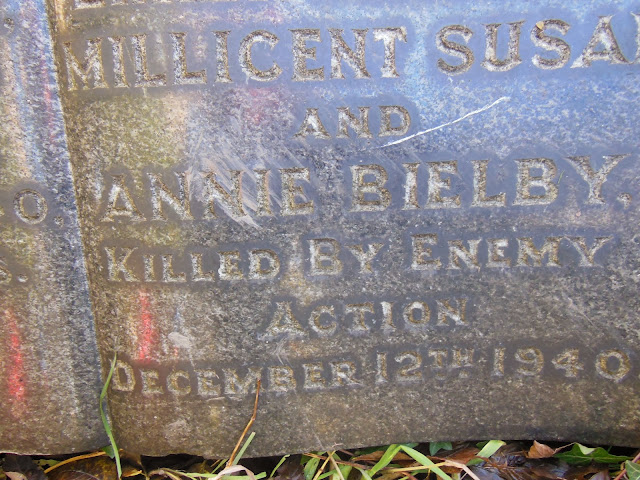 Eva Emily Nicholson died in the basement of her home which had taken a direct hit in the Blitz.  She had re-inforced her basement and she did survive the hit, but she sadly drowned as she was trapped in the basement which flooded because of burst pipes.  What horror. 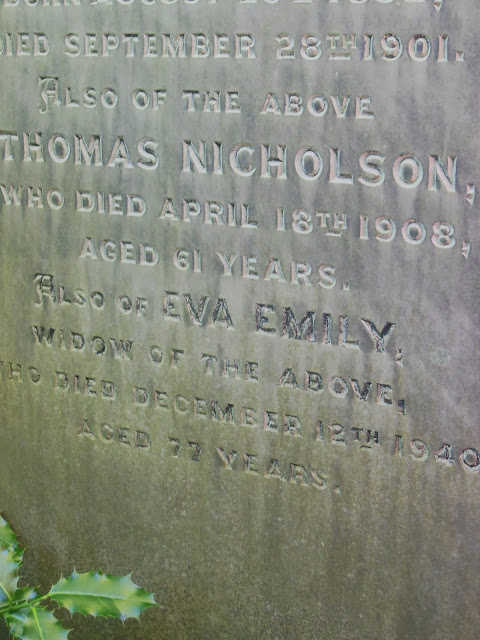 The volunteers who work to restore this truly amazing space in the middle of the city are all such interesting people - with heads full of fascinating historical knowledge.  Plus after each talk (which are free of charge, but they do accept donations to the restoration) they make you a free cuppa with biscuits. 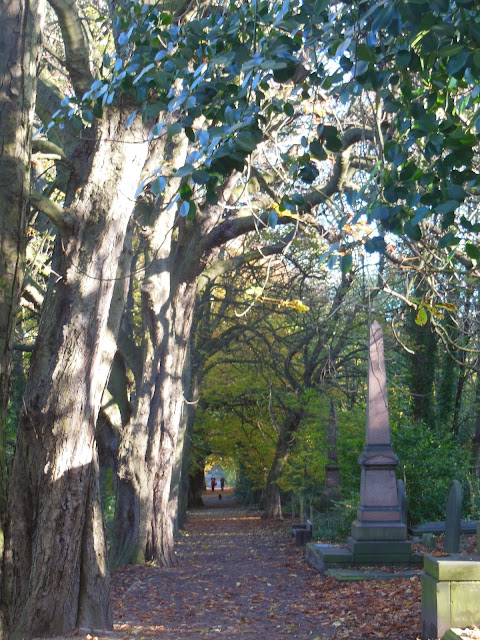 The cemetery lies between 2 busy roads and is used a lot by dog walkers and  pedestrians. 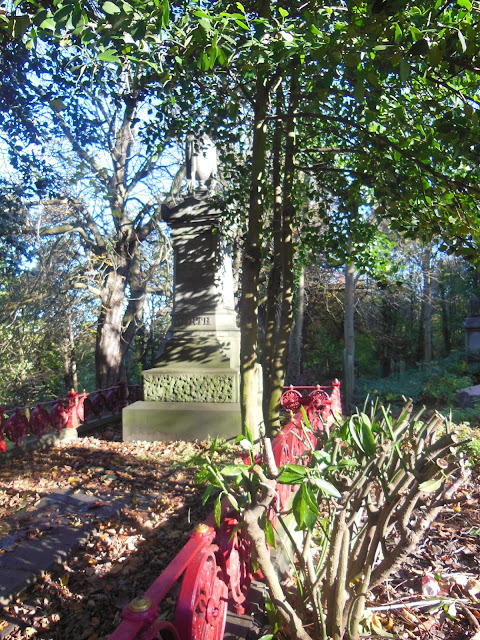 I love the combination of "the good and the great" and ordinary every day folk being buried here side by side. 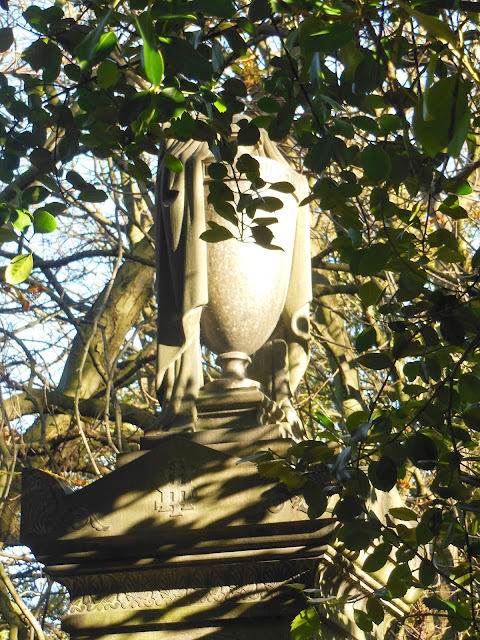 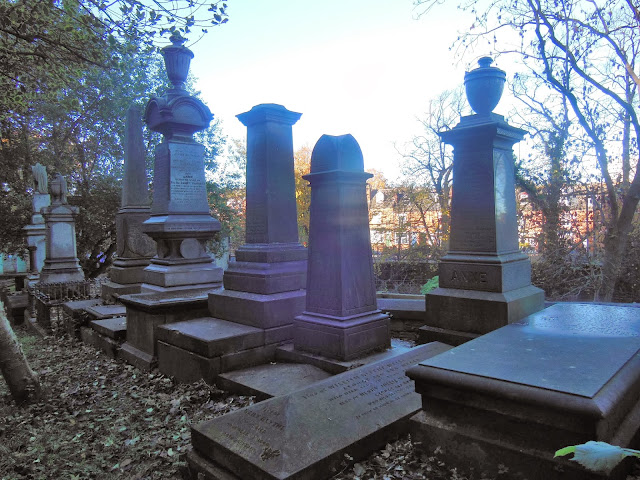 This is the 2nd tour we have done here and we plan to do some of the others they offer - historical and also nature tours - birds and fungi etc.
Posted by Diane at Sunday, November 10, 2013

How wonderful to have a guide to tell the stories behind the gravestones! Jx

I love love love it there! I must do one of the tours at some point. Beautiful photos, Diane, and touching stories. xxxx

I did the tour many years ago and enjoyed it....

What a wonderful way to spend Remembrance Sunday.

There are war memorials in almost every town I think in France. We will be going to the service tomorrow in our local village. Hope all is well, t'other Diane

What a good way to spend Remembrance Sunday! We had the silence at our church, and a lot of talk about remembering, but I think your way brings things home to people much better. Luckily my two uncles came through the war, despite seeing a lot of action, but I know of so many who didn't, and also think of those civilians who were killed by enemy action. I noticed you included a gravestone which said just that.

Those are beautiful photographs Diane, and very sad.

Such brave men and women who endured goodness knows what hardships during the many different wars. How could we ever forget.
Lisa x