The Great Sheffield Flood of 1864

Last night, hubby and I went to a talk at Sheffield Manor Lodge about the Great Sheffield Flood of 1864.  This disaster was the biggest man made disaster of it's time (in terms of loss of life) in Great Britain in the Victorian era, and yet the incident is not know well outside of the local area.  The city is commemorating the fact that this event happened 150 years ago on 11th March by holding various events.  The talk was fascinating and full of facts that I didn't know.  The horrific event happened as the Dam was filled for the first time to capacity, and although a crack was spotted, it was deemed not to be of consequence.  The Dam broke at midnight and for 30 minutes, 650 million tons of water poured down the very narrow Loxley Valley, through Hillsborough, and on through the city, wreaking death and destruction on a horrific scale.  At least 250 were killed - the exact number is not known as entire families were wiped out in some instances, and it was common in those days for extended family to live together.  The chap who gave our talk had once been a headmaster at Malin Bridge school - Malin Bridge hamlet had seen the worst of the casualties.  His interest had been stirred when his class had researched the disaster as a project and he realised that many of the children in his class had the same surnames as the victims of the flood.   The aftermath of the event was well documented in photographs as mobile darkrooms had just been invented and the town (as it was then) was descended upon by photographers taking "souvenir" photographs.  The whole event, and eyewitness reports is well documented too as Samuel Harrison (who was a new journalist on the local Sheffield Newspaper) took it upon himself to interview every one he could find that was involved and write a book on the subject.  You can read a copy of this here.  It is fascinating stuff, and gives an insight to how these working families lived in Victorian times.  We are hoping to explore more of the area where the flood occurred and see what relics we can find.

I dug out these photographs of a newish memorial that had been built in the city to honour the flood victims that I had taken in 2012.  Until this monument was erected, I don't think that there had been anything to mark the event - even in the city. 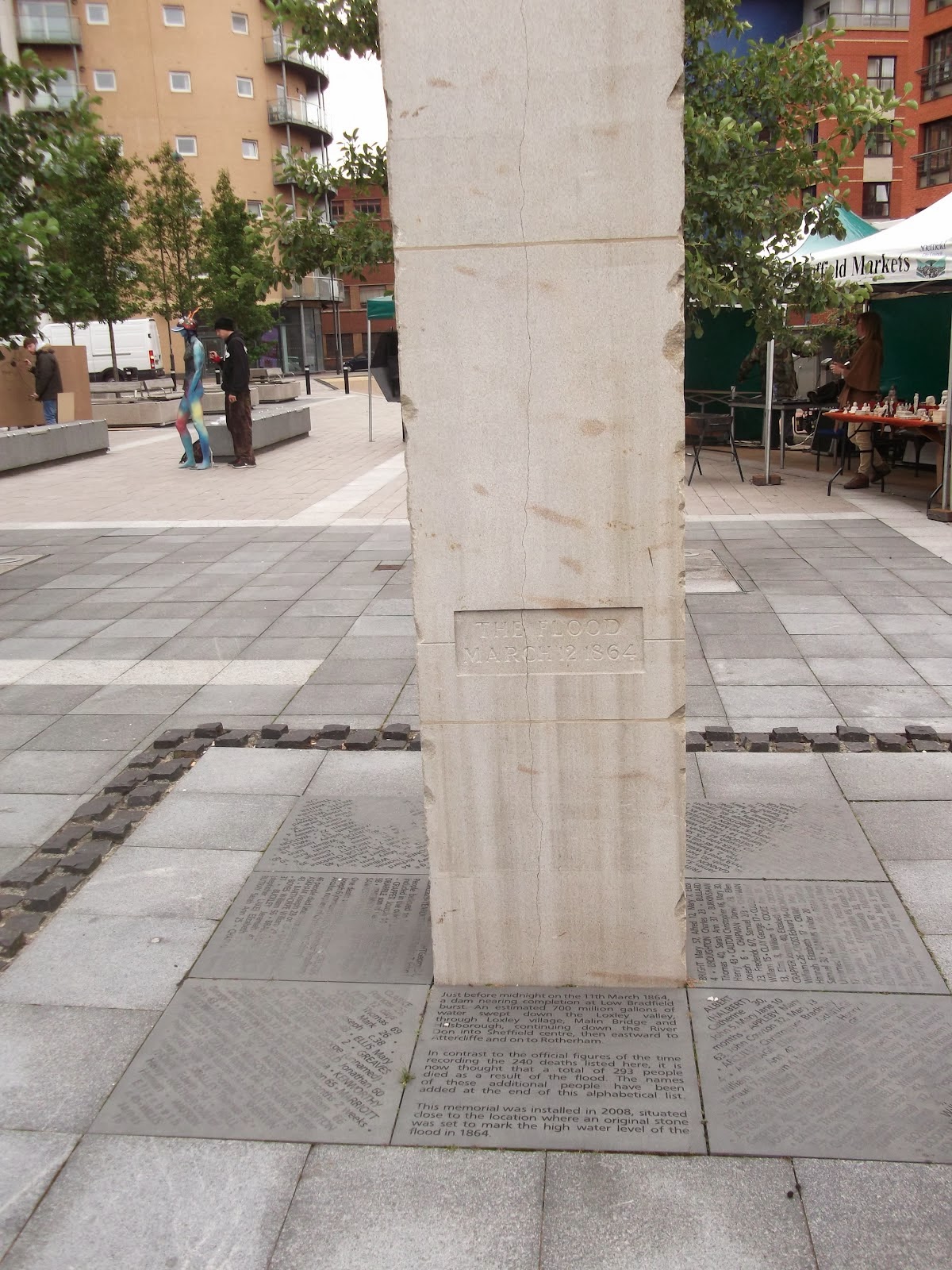 The monument stands by the side of the river Don in an area called Millsands which is a very historical industrial area of the city, and always worth a wander around. 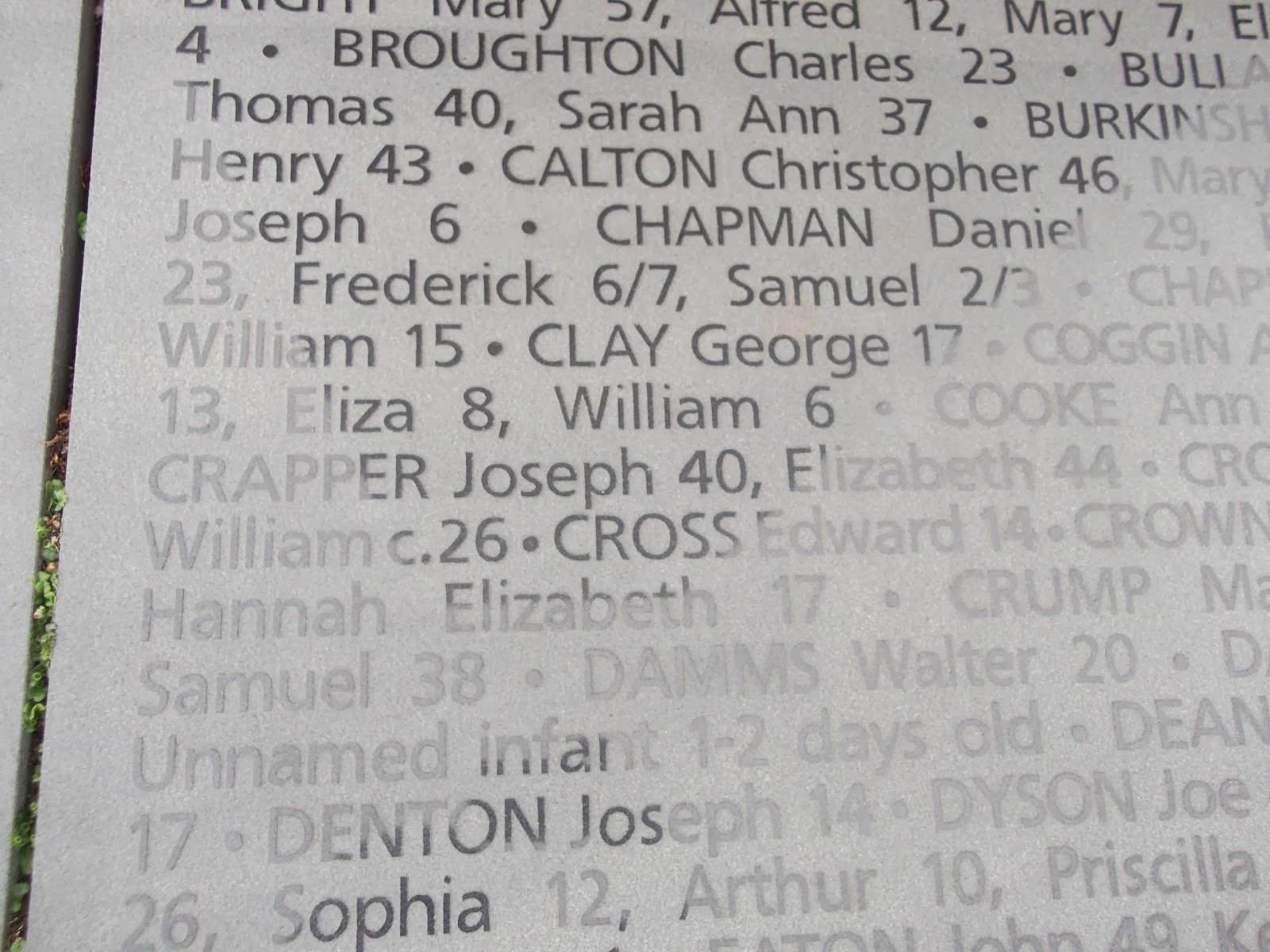 Peter - our lecturer - is appearing on the One Show in the next few weeks as the gorgeous Dan Snow filmed a piece about the flood when he was in Sheffield in September.  I hope I catch it .
Posted by Diane at Tuesday, February 04, 2014

What a sad event, but it must have been very interesting to hear about it. xx

How very sad. The fear and terror of that night is unimaginable.
Lisa x

Living in hillsborough I read a great deal about the flood.
The power of the water cannot quite be believed..one body of a local was found just short of Rotherham

What a dreadful day that must have been for everyone concerned with no way of sending out warnings to those in the path of the destructive water, people must have been terrified. I had heard about the breaking of the dam and its consequences but like you didn't know any more details. I'm going to explore the links you have posted. I like the story of the teacher who realised his pupils had the same local names as some of those listed as lost on that day:)

How terribly sad, such a huge loss of life. It's so interesting to learn about events which happened near where we live, I find it fascinating.

I read part of the contemporary accounts - it must have been absolutely terrifying, especially as it was dark, windy and cold, the destruction was horrific. Do try and get to Loxley Valley and see if you can see any reminders of that dreadful flood.

It was a terrible disaster wasn't it? I'm hoping we can get this talk for our history group at some point and I must look for the book as well. Like Rosie I'm going to follow your links later today - off out on a walk this morning so no time at present.

How interesting to read this Diane. I remember researching it in the library and then teaching about it when out on teaching practice in Sheffield. I attended Totley-Thornbridge College in the eighties. It made very interesting reading, but as you say it wasn't widely known, largely forgotten, yet so tragic. It deserves to be remembered.