My daughter and I had planned a day together on Saturday, but at short notice, she was asked to help a friend out with some filming work.  As she needed to borrow my car, I asked if I could tag along - I offered to bring sustenance and act as her "runner". 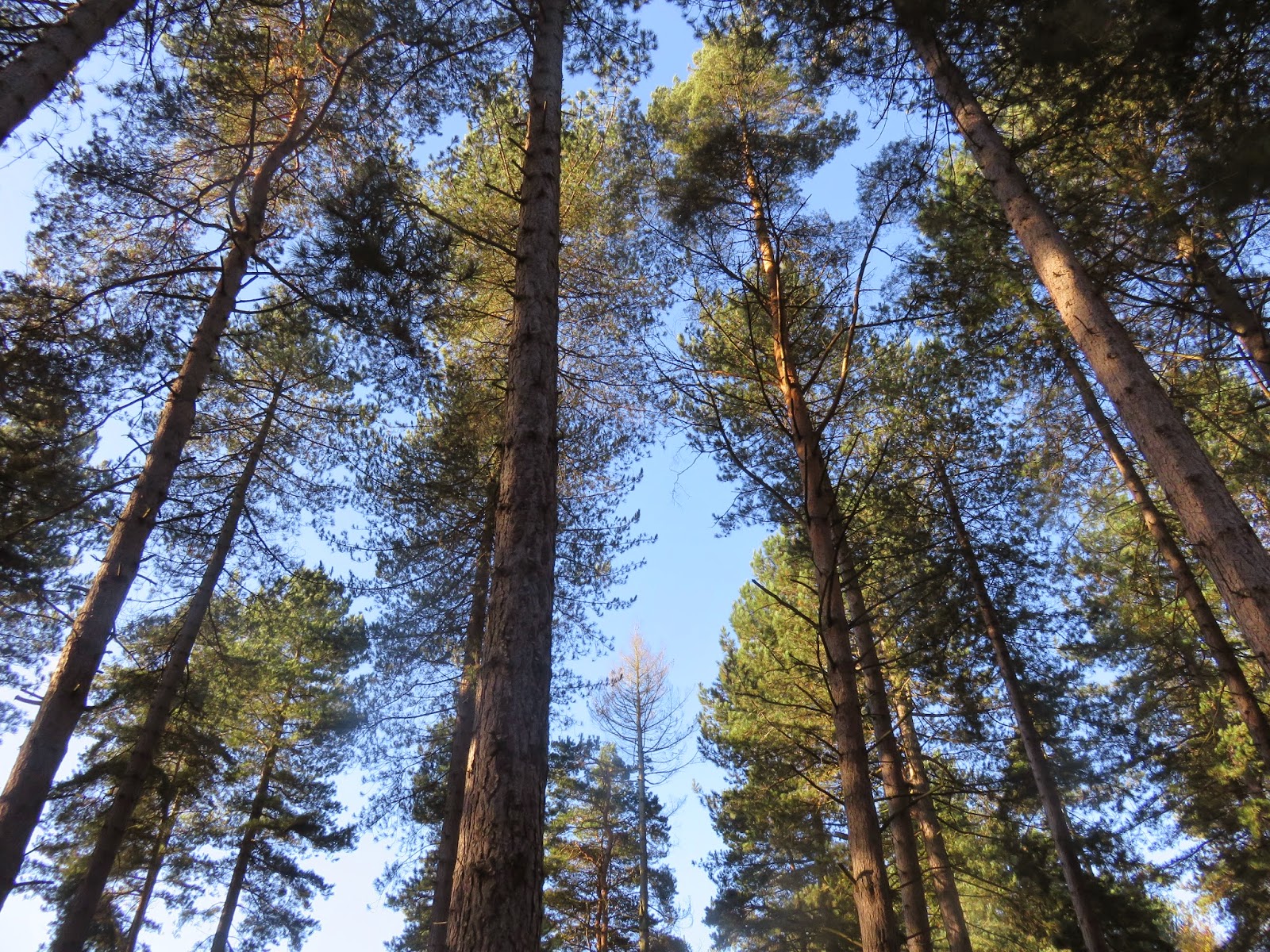 The filming was to rake place at Sherwood Pines - an area in Sherwood Forest that is used for recreation.  It's a fantastic place where you can hire bikes, Segways or just walk through the forest.  They have a "Go Ape" where you can walk on tracks in the tree tops (not one for me!).  It was a gorgeous sunny morning and we had enjoyed our drive through this lovely part of North Notts as it is mainly forest all the way.   We arrived early and made full use of the cafe by devouring a hearty breakfast. 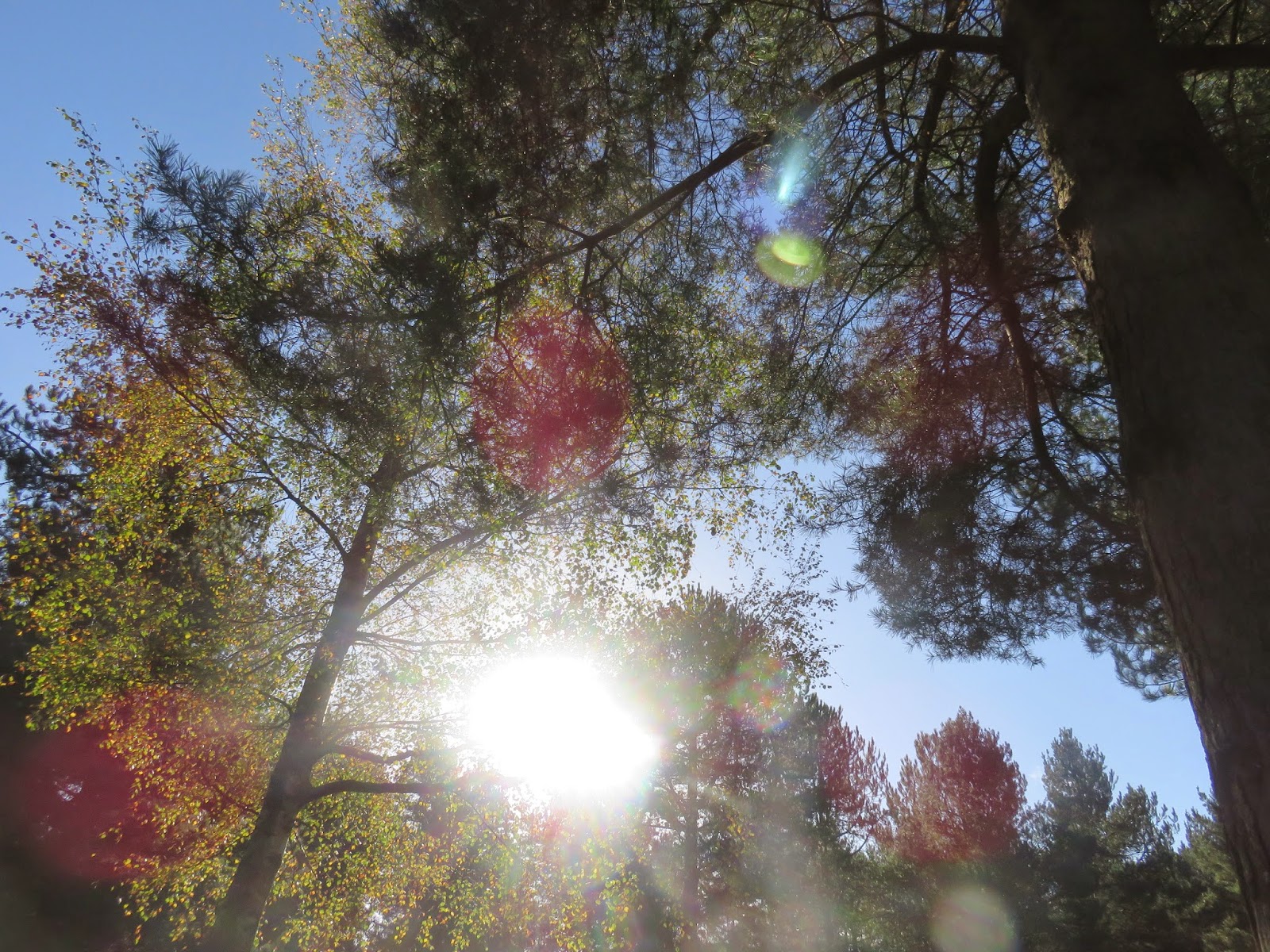 My daughter hadn't been given much information on what was taking place, but I'd had a quick read up on the internet beforehand and discovered that the event had been organised by the promotions team at Red Bull and was an Orienteering Event.  We had joked about having to run after runners! 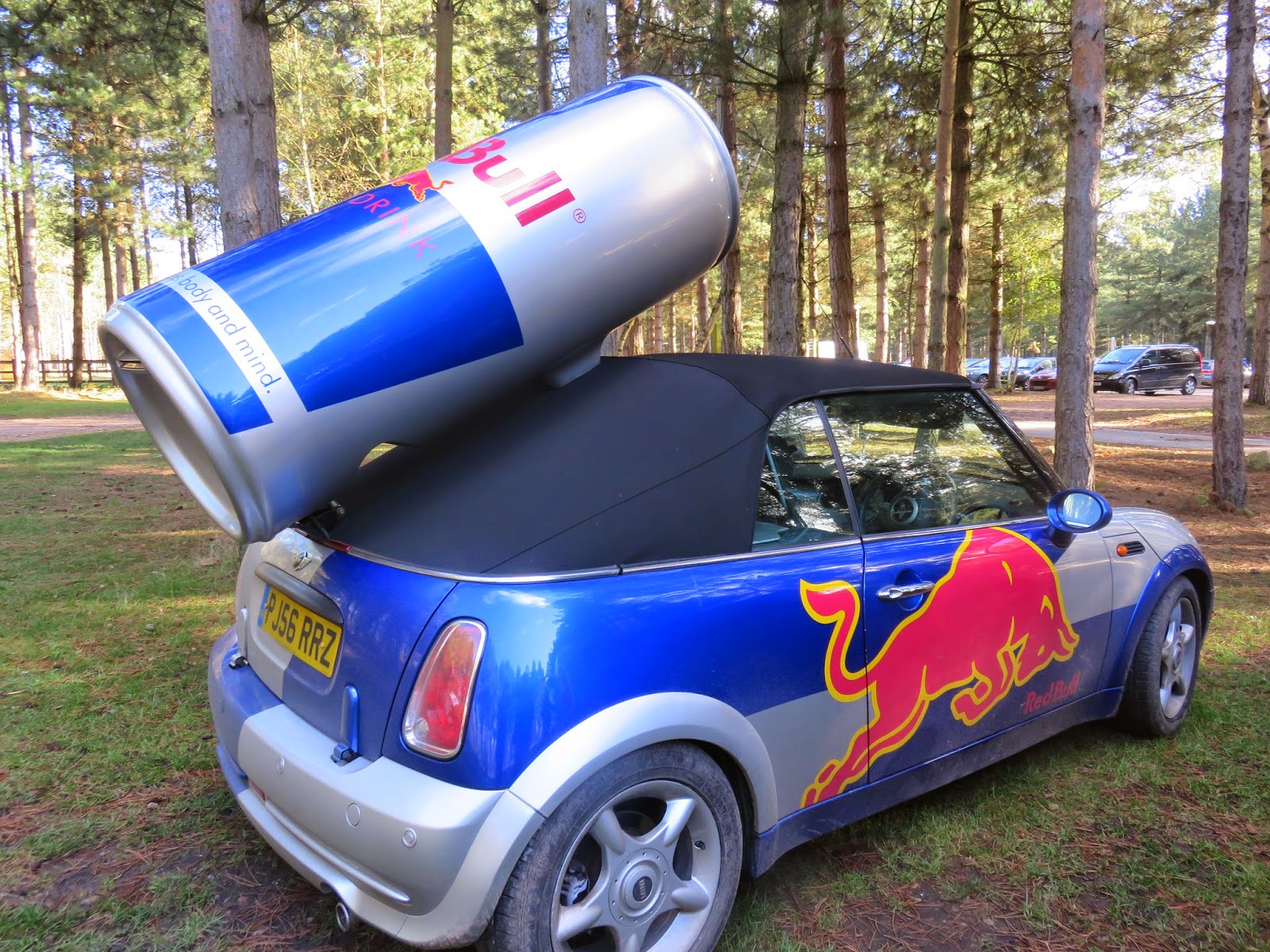 On arrival in the forest, we had noticed a fair few people arriving dressed in medieval costumes and though another event must be taking place too, but we discovered that Red Bull had themed the whole event along the Robin Hood aspect of the forest. 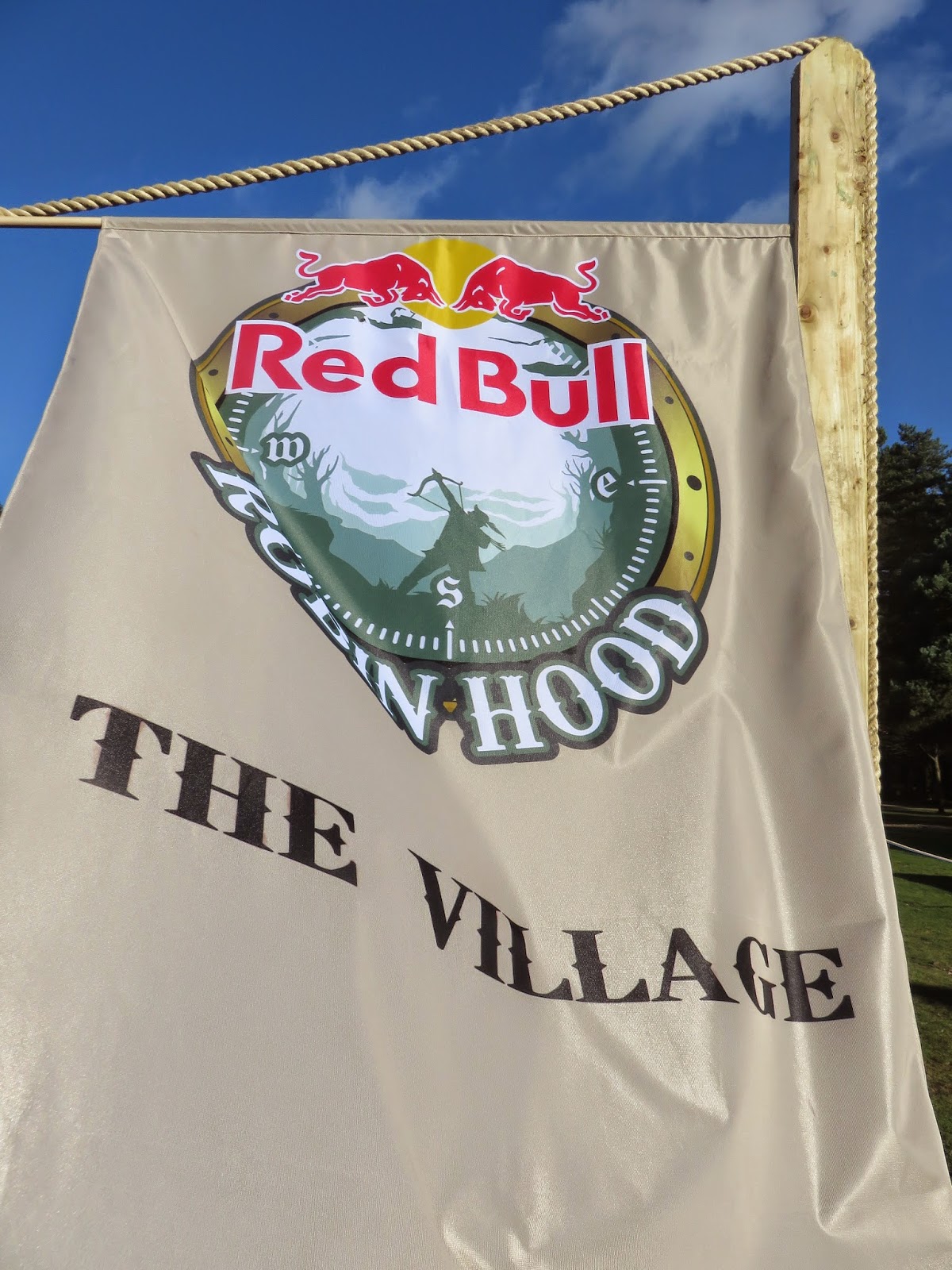 The actors were brilliant and were briefed as to what their role would be in the event.  I found that the juxtaposition of the medieval cast and the exceptionally young modern Red Bull team and image quite surreal! 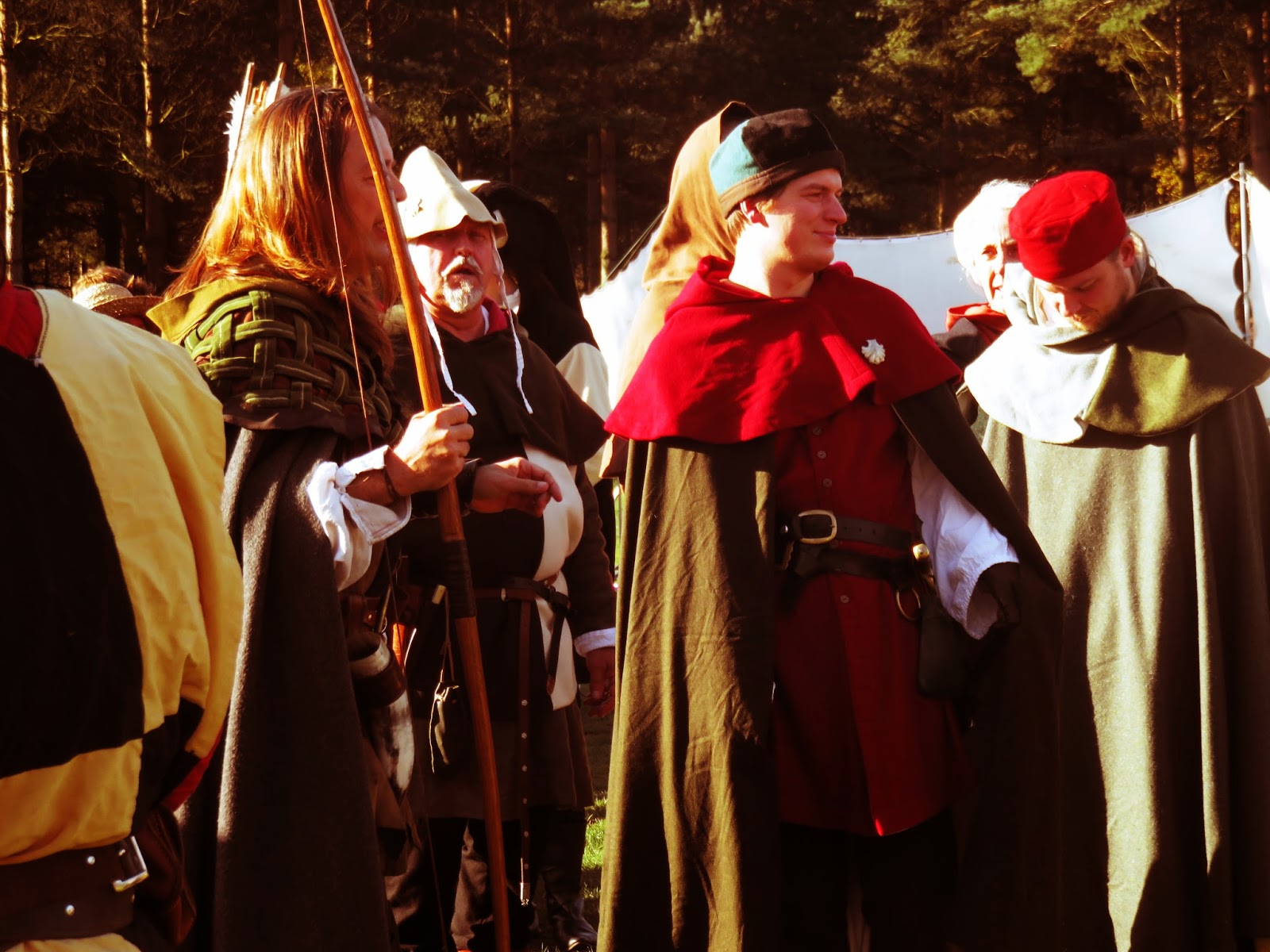 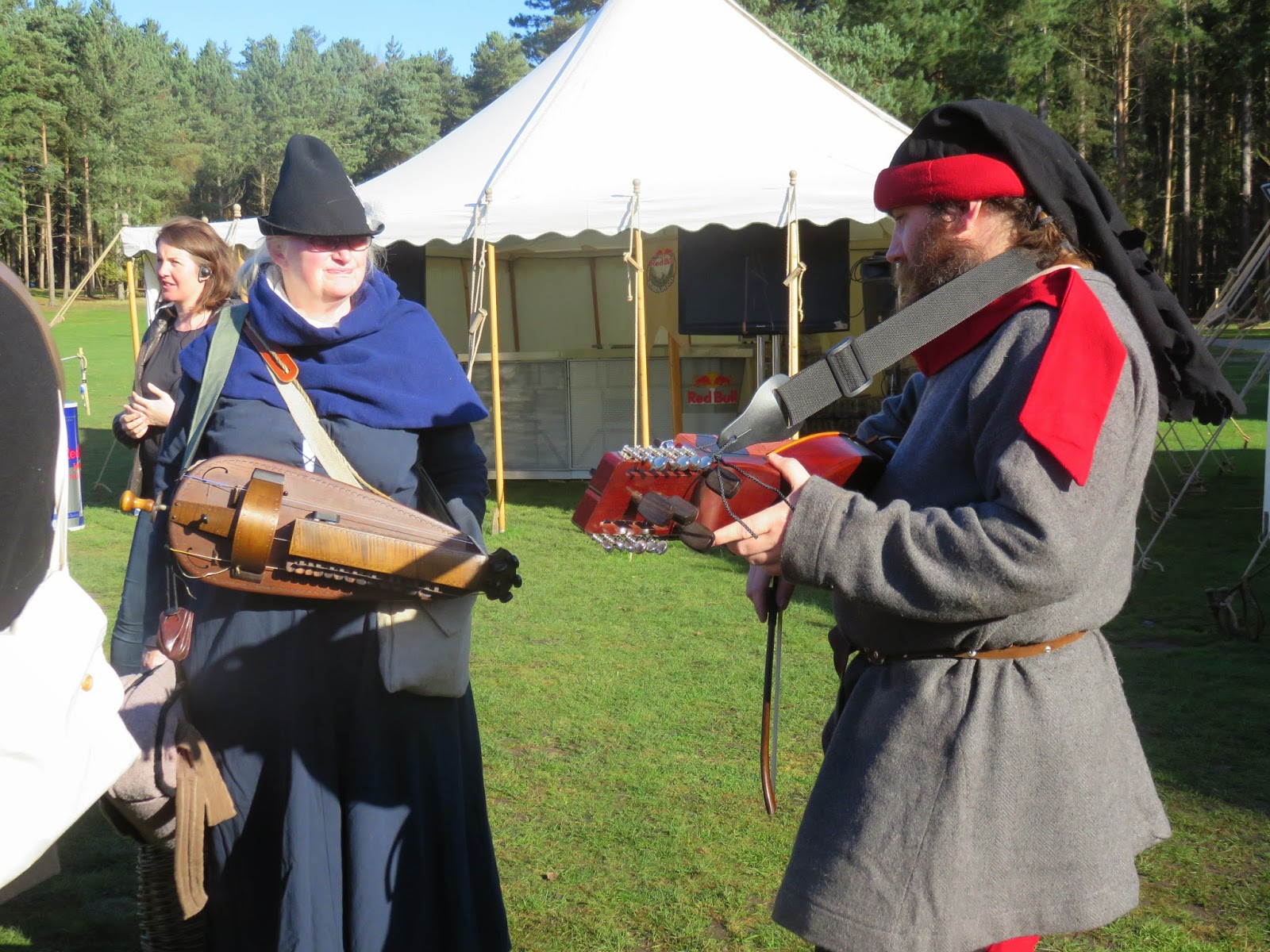 This chap on his Blackberry reminded me of the adverts that currently run between the parts on Downton Abbey! 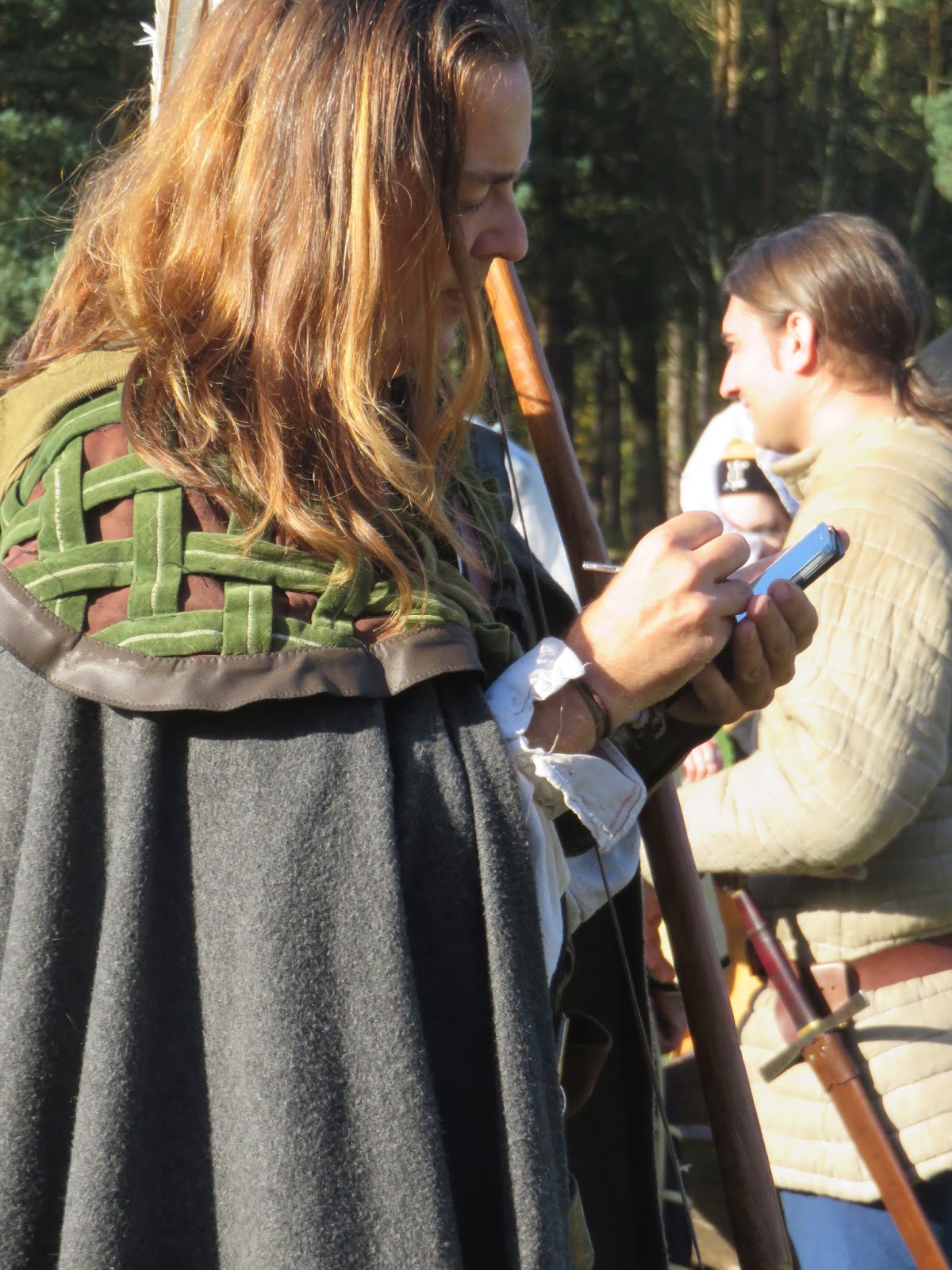 The "Gong Farmer" was particularly good and had the young Red Bull team running a mile when he approached them. 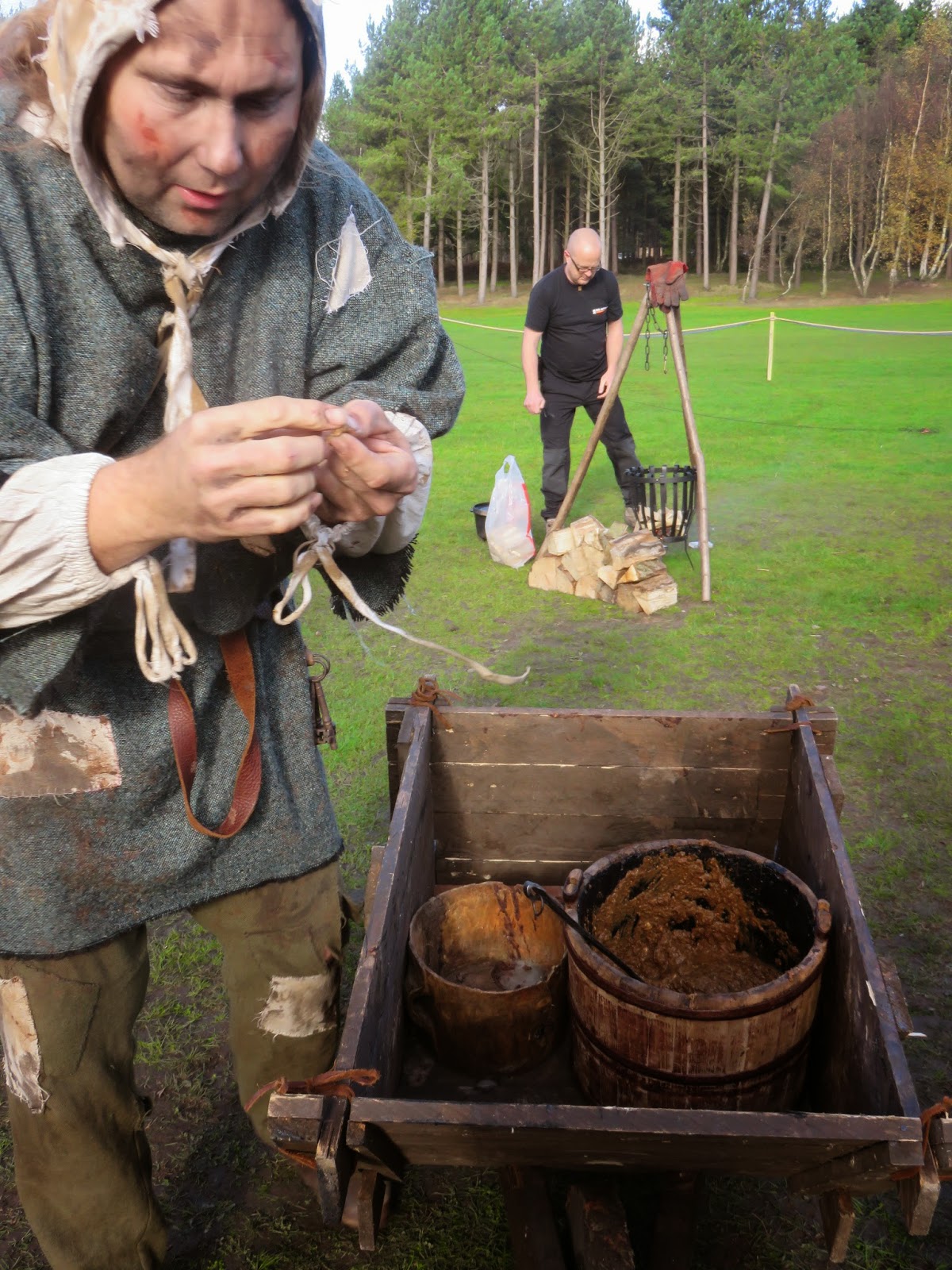 The actors helped to set a very authentic scene in the Forest and were appreciated by other members of the public using the facilities. 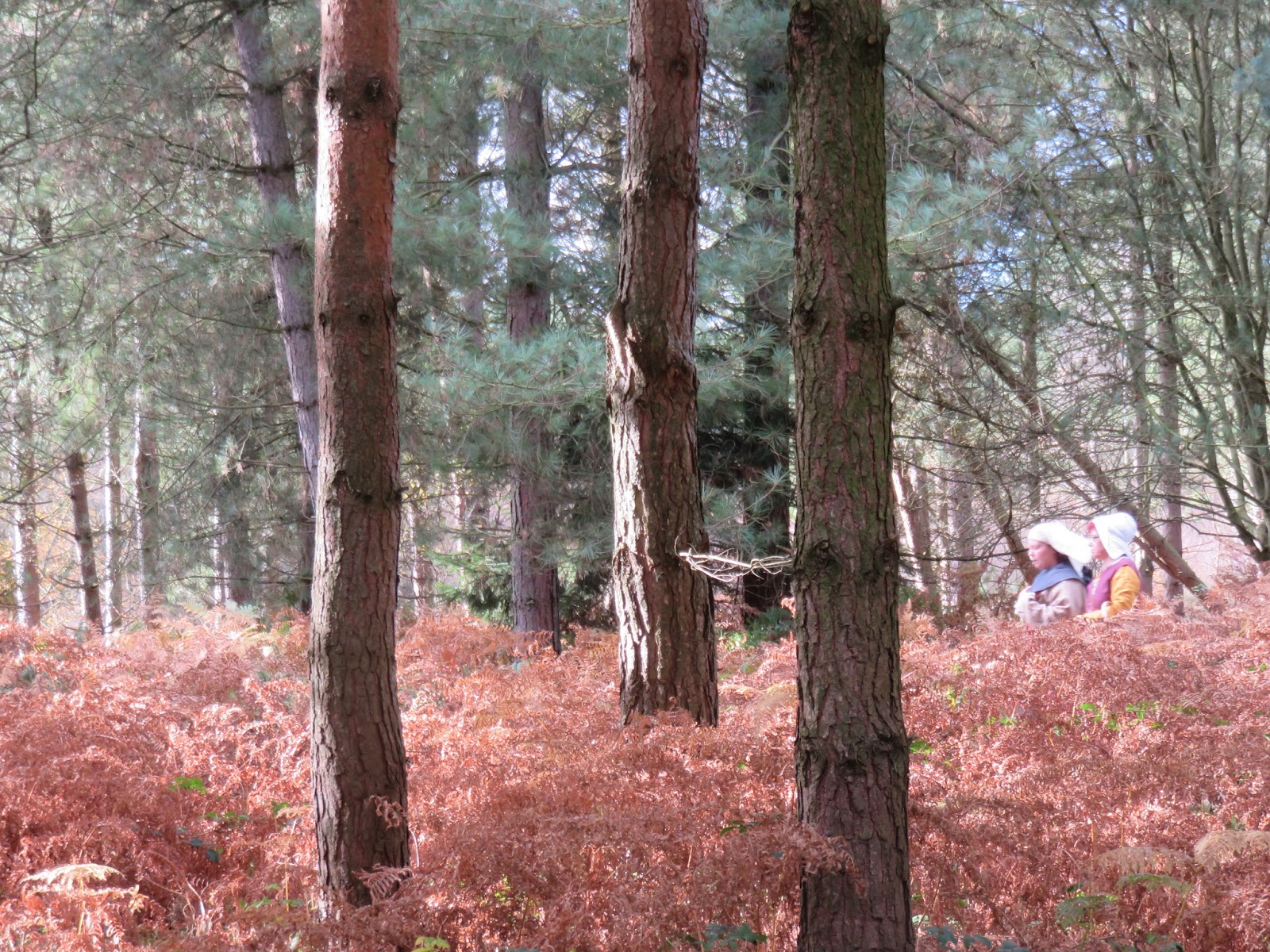 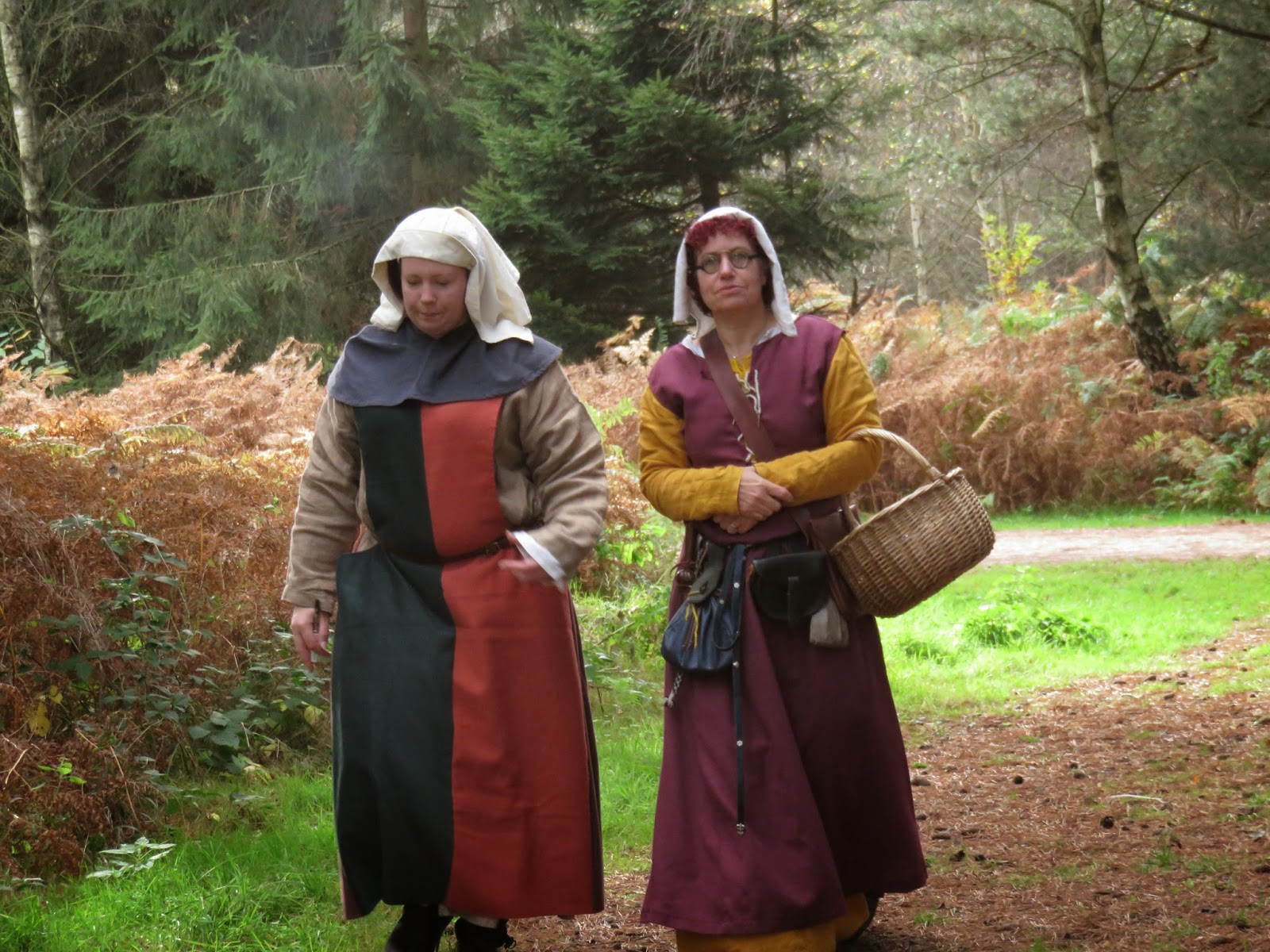 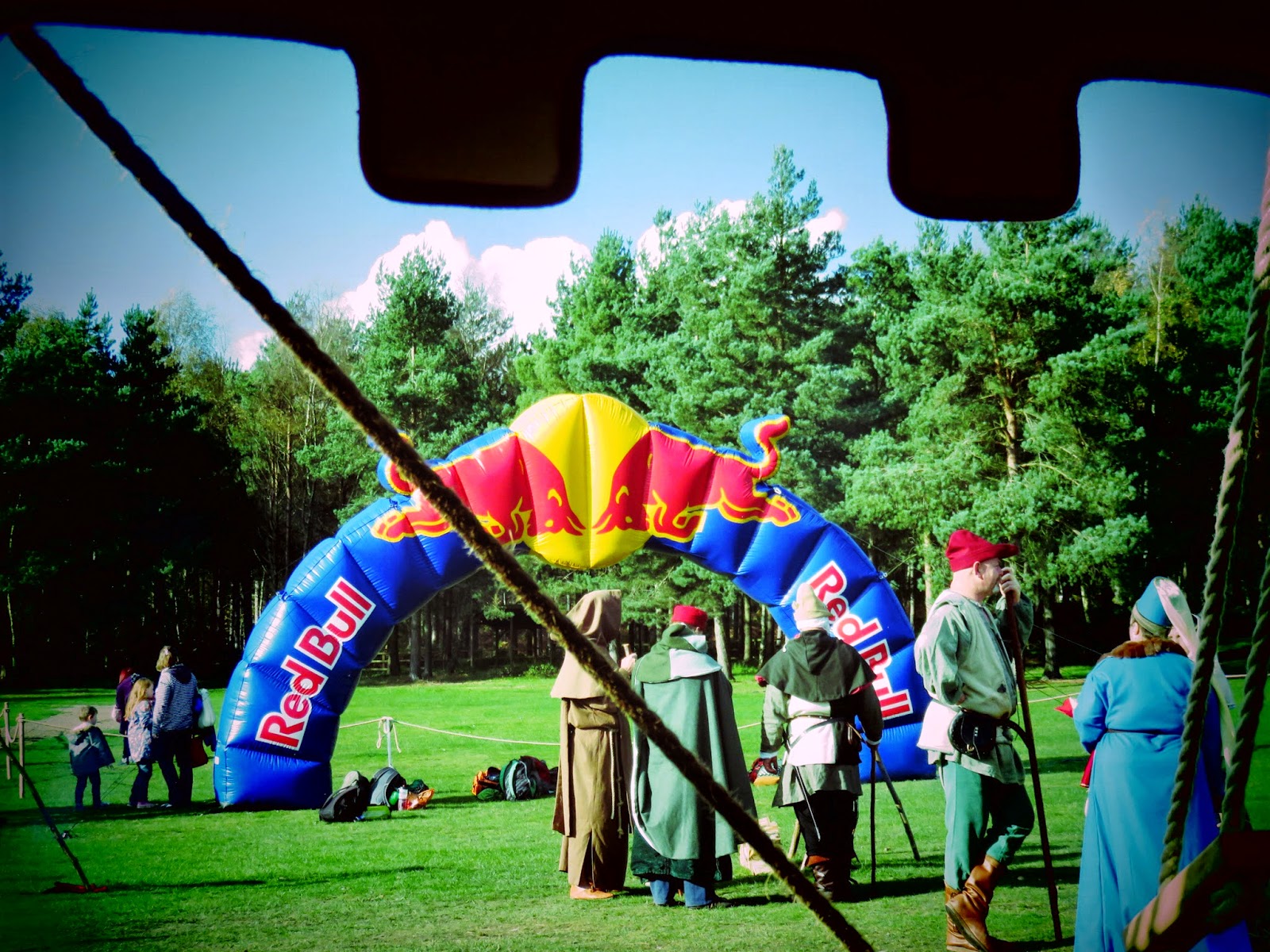 One by one the participants of the Orienteering competition arrived and at race time assembled at the starting point. 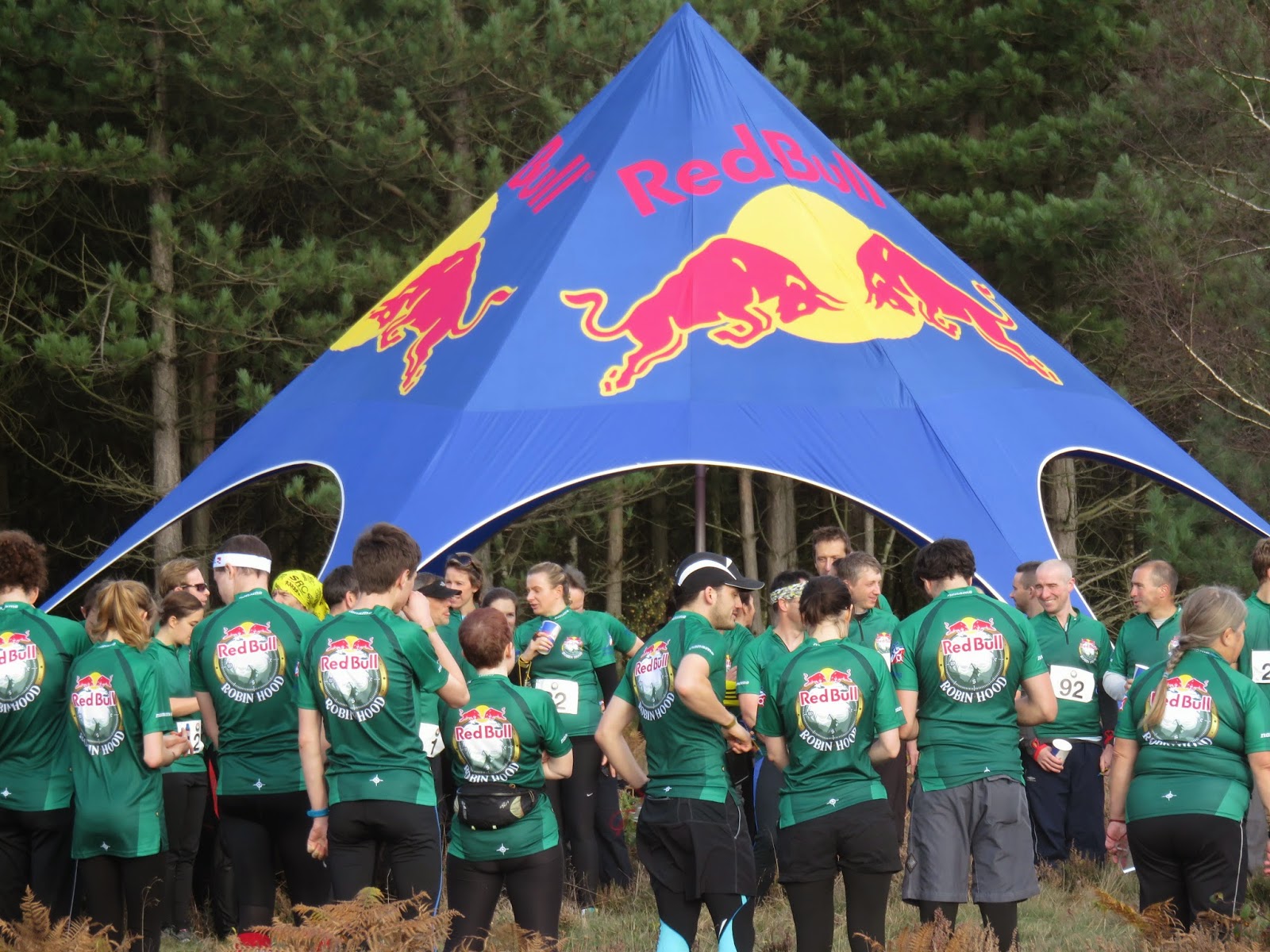 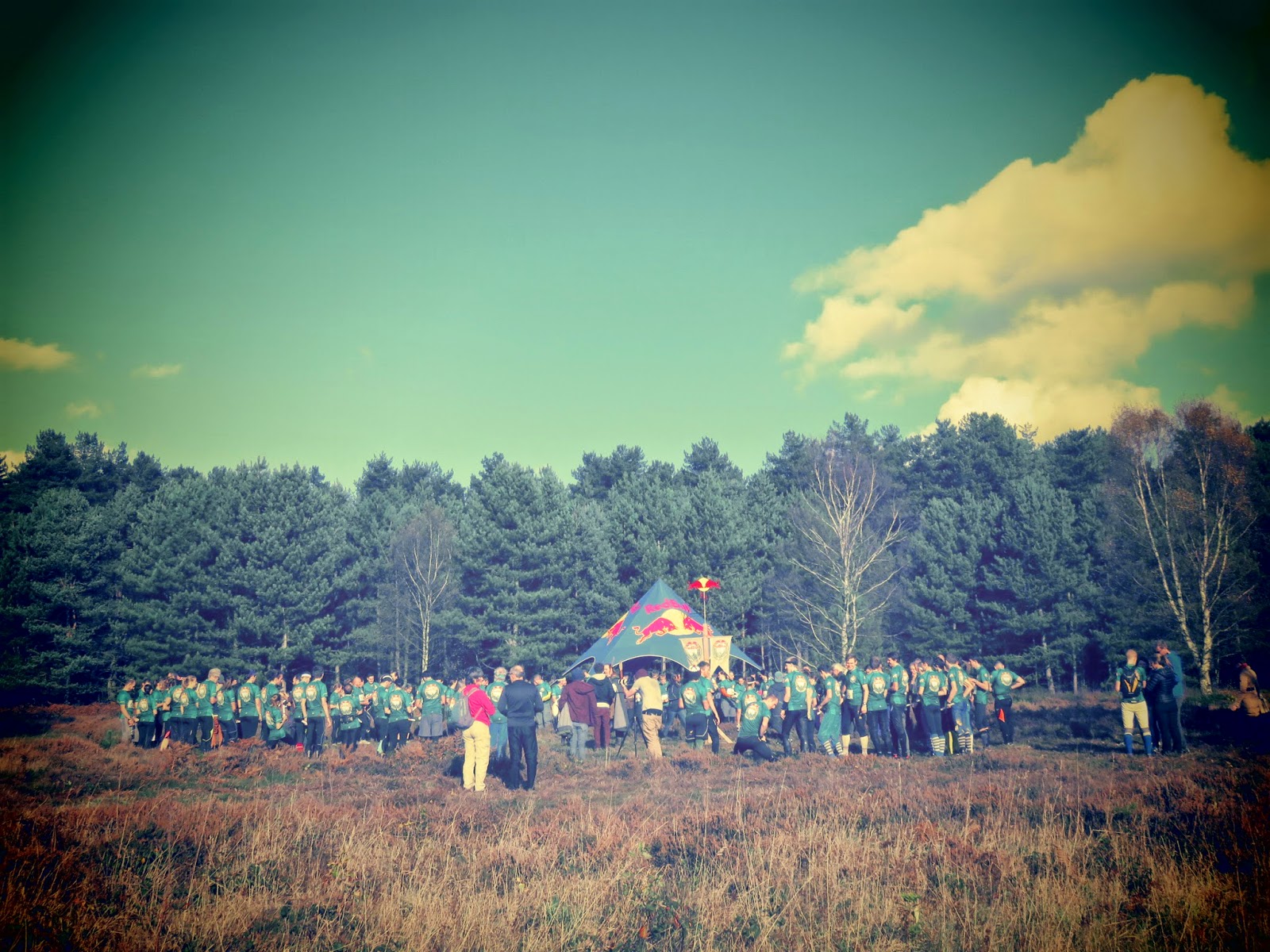 Robin gave them their instructions and maps and started the race. 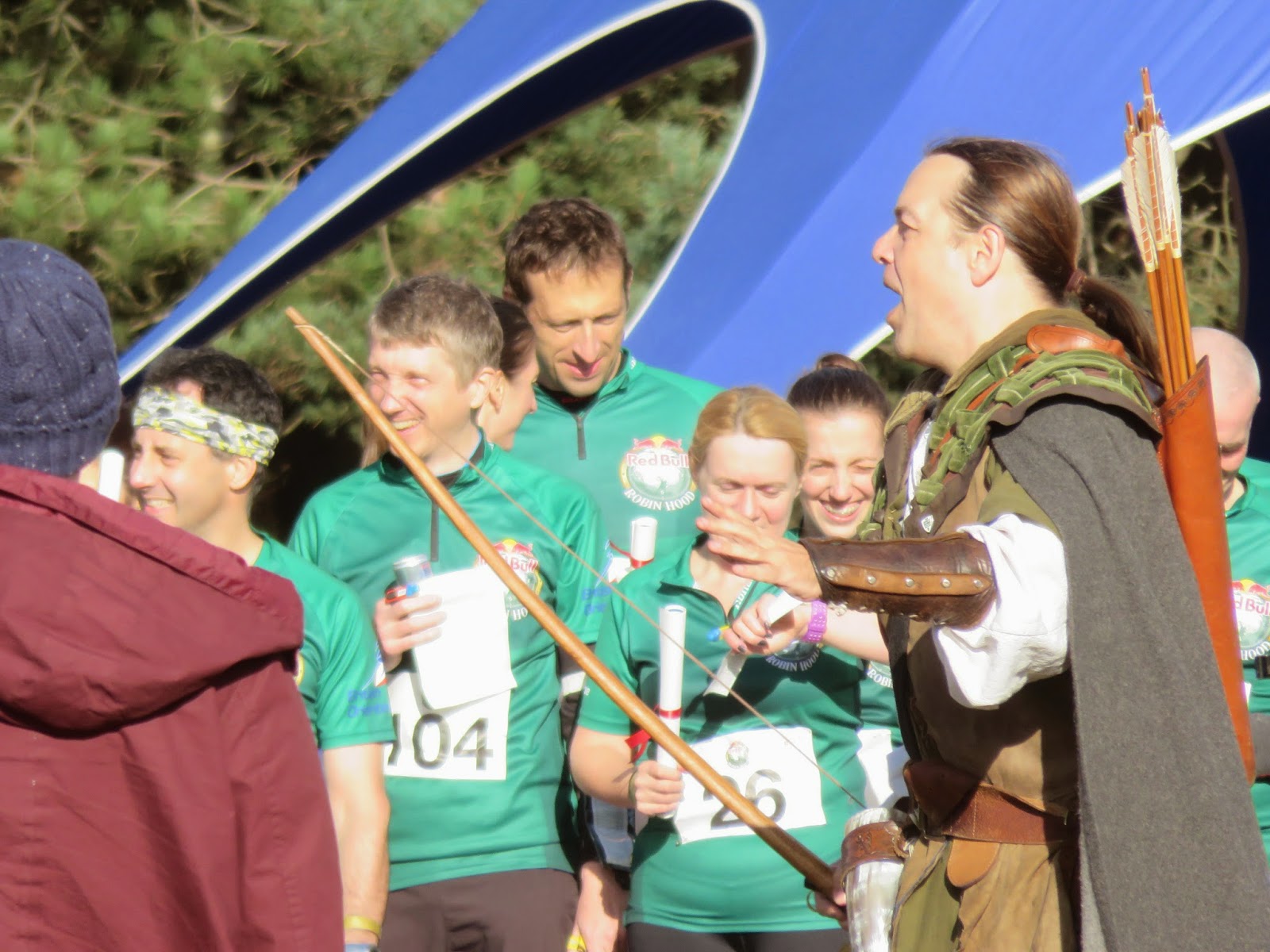 Up until this point, the filming work had all been very leisurely but we quickly realised that we were going to have to hoof it around the forest if we were going to film everything that had been requested.  Because of the short notice to film, the team were short by 4 crew, and because of the nature of the forest environment and tracks, we were unable to use transport to get to exactly where we needed to be. 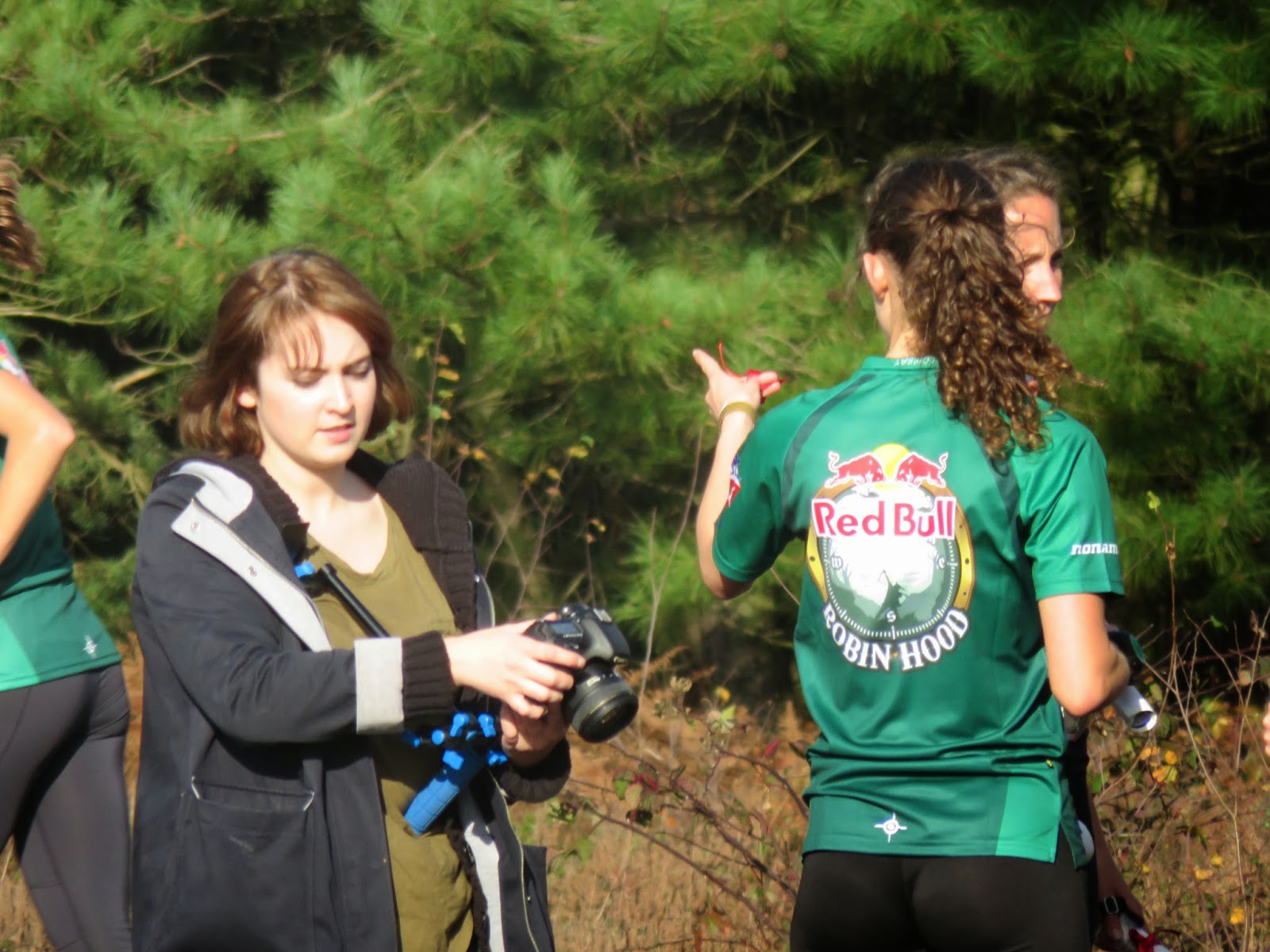 I was amazed and highly impressed by some of equipment used in the filming.  I need a "Go Pro" camera on a remote control Drone!!  What fun! 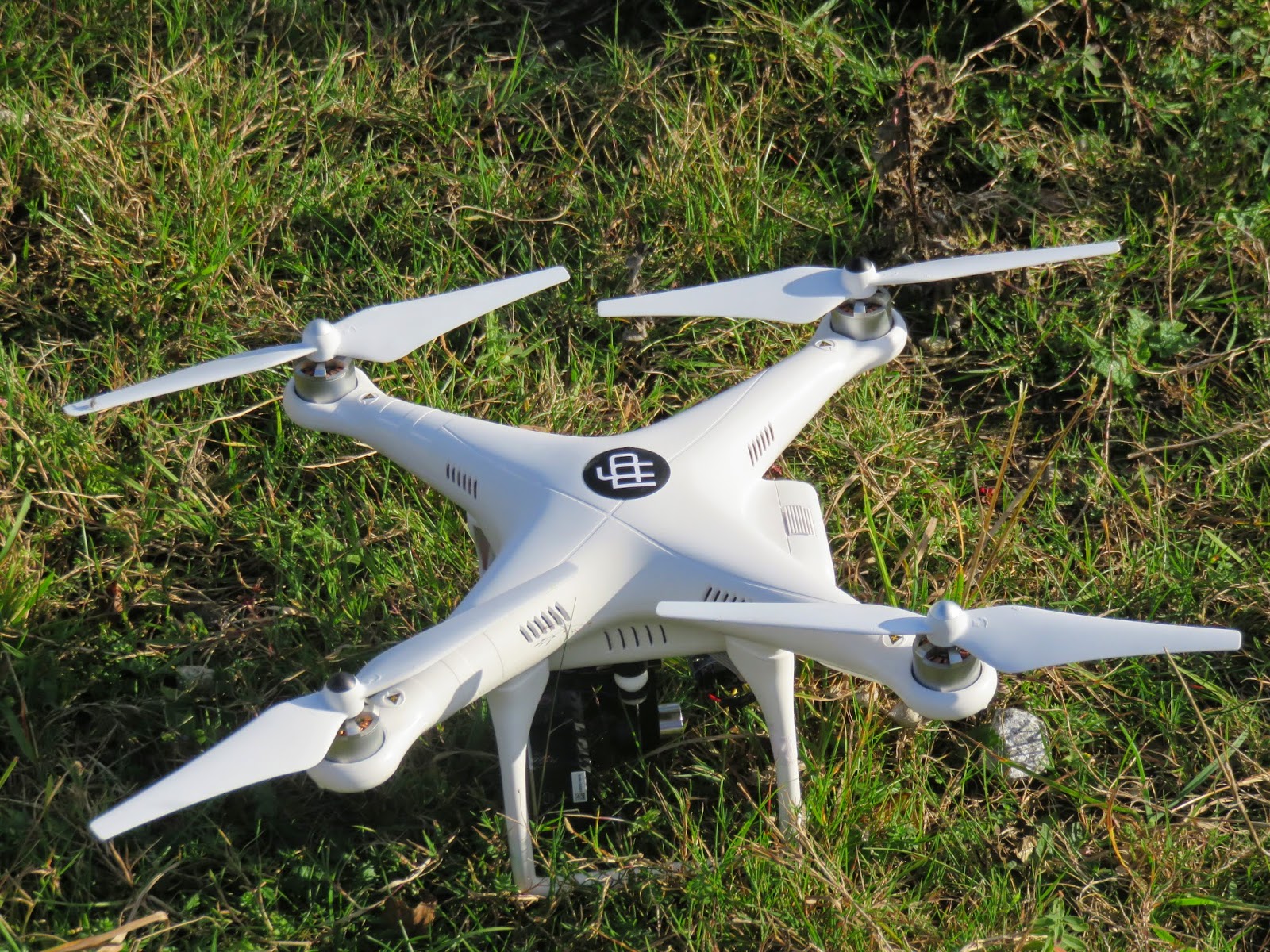 The runners had several activities that they had to find and participate in along the way. 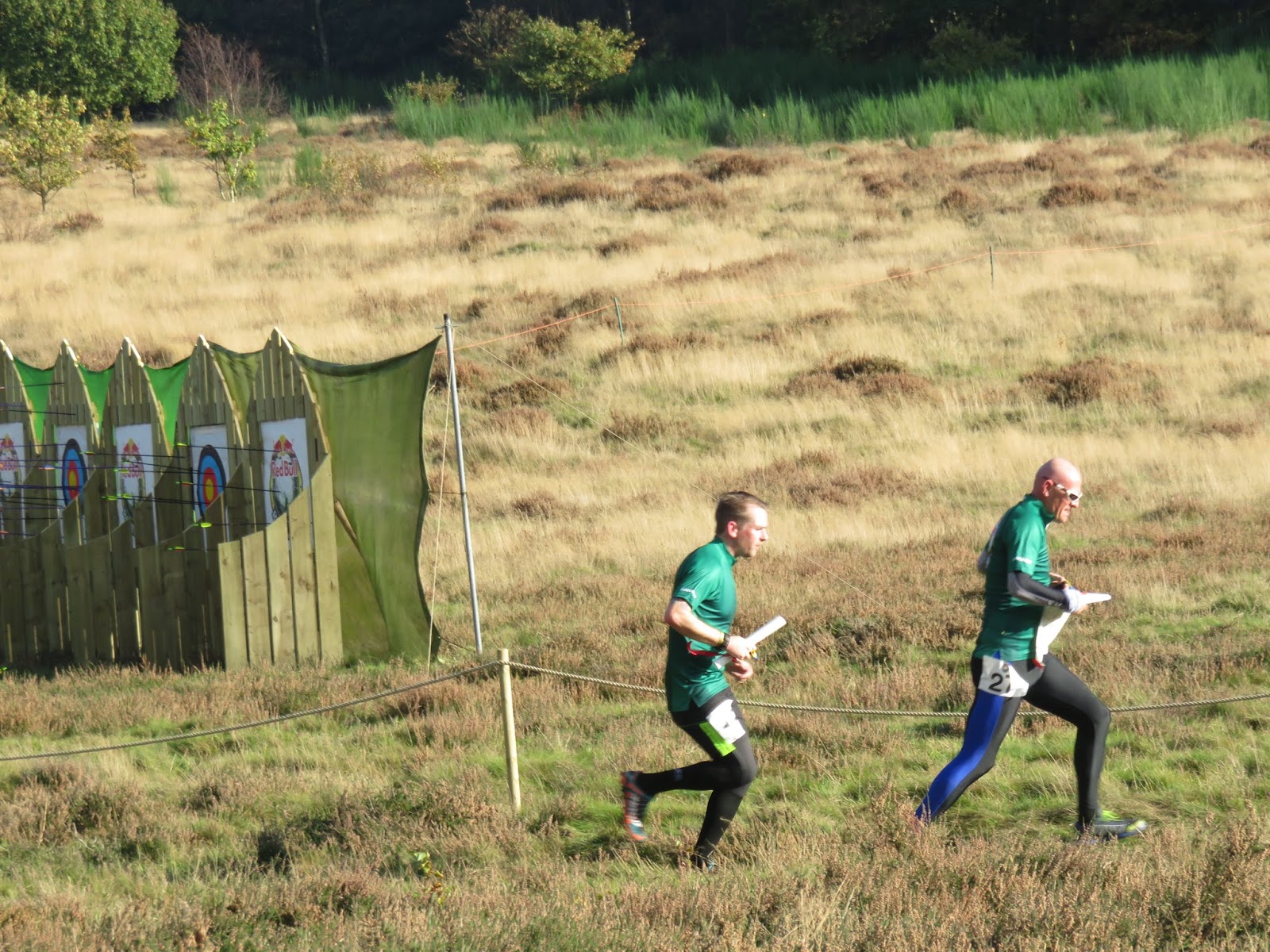 The filming crew did so well to keep up along the way. 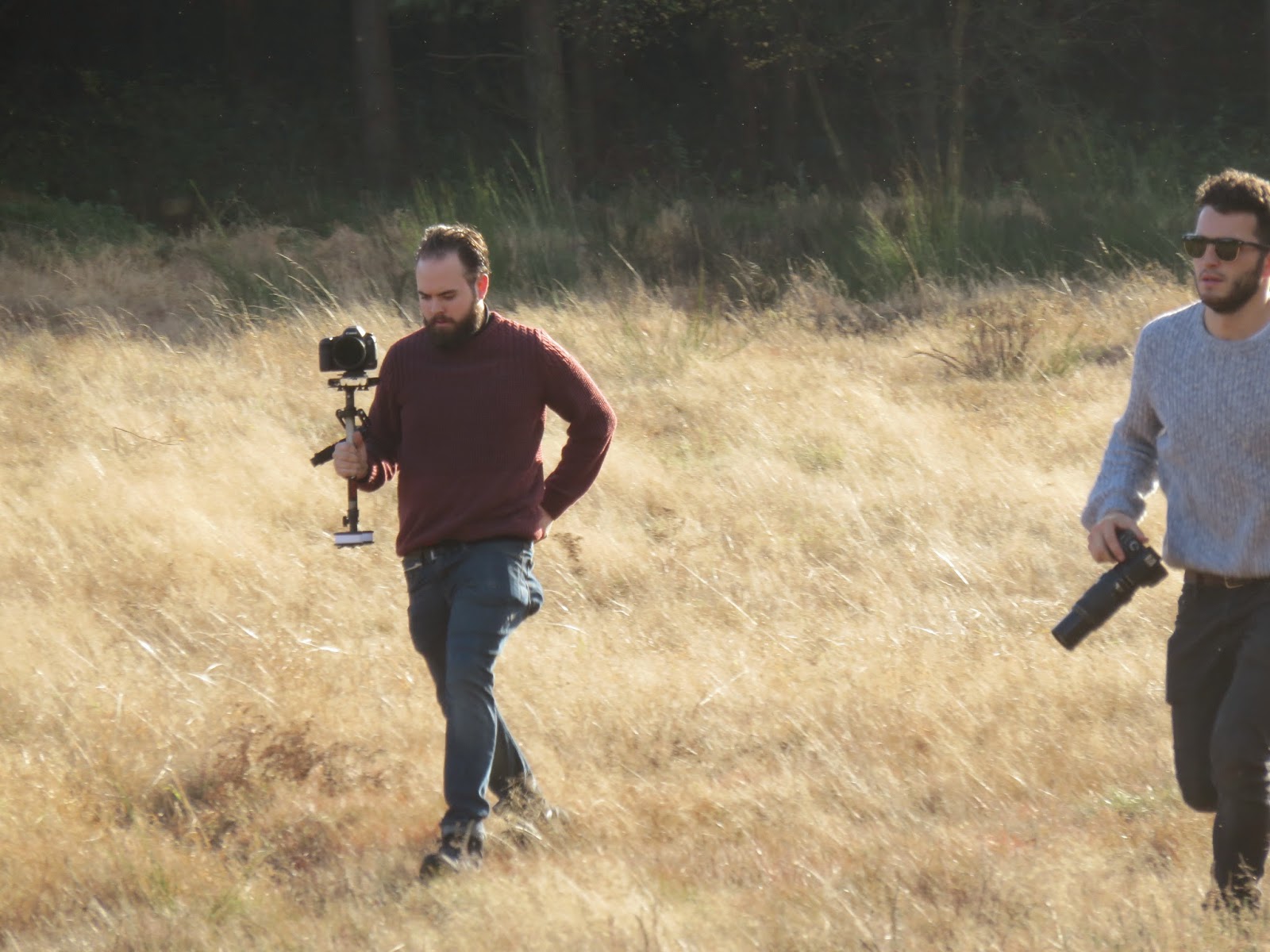 I had taken along a chair and a book as I thought I wouldn't be tagging along all the way, but I never used the chair all day! I managed to capture the essence of the forest on this beautiful day  at this gorgeous time of year. 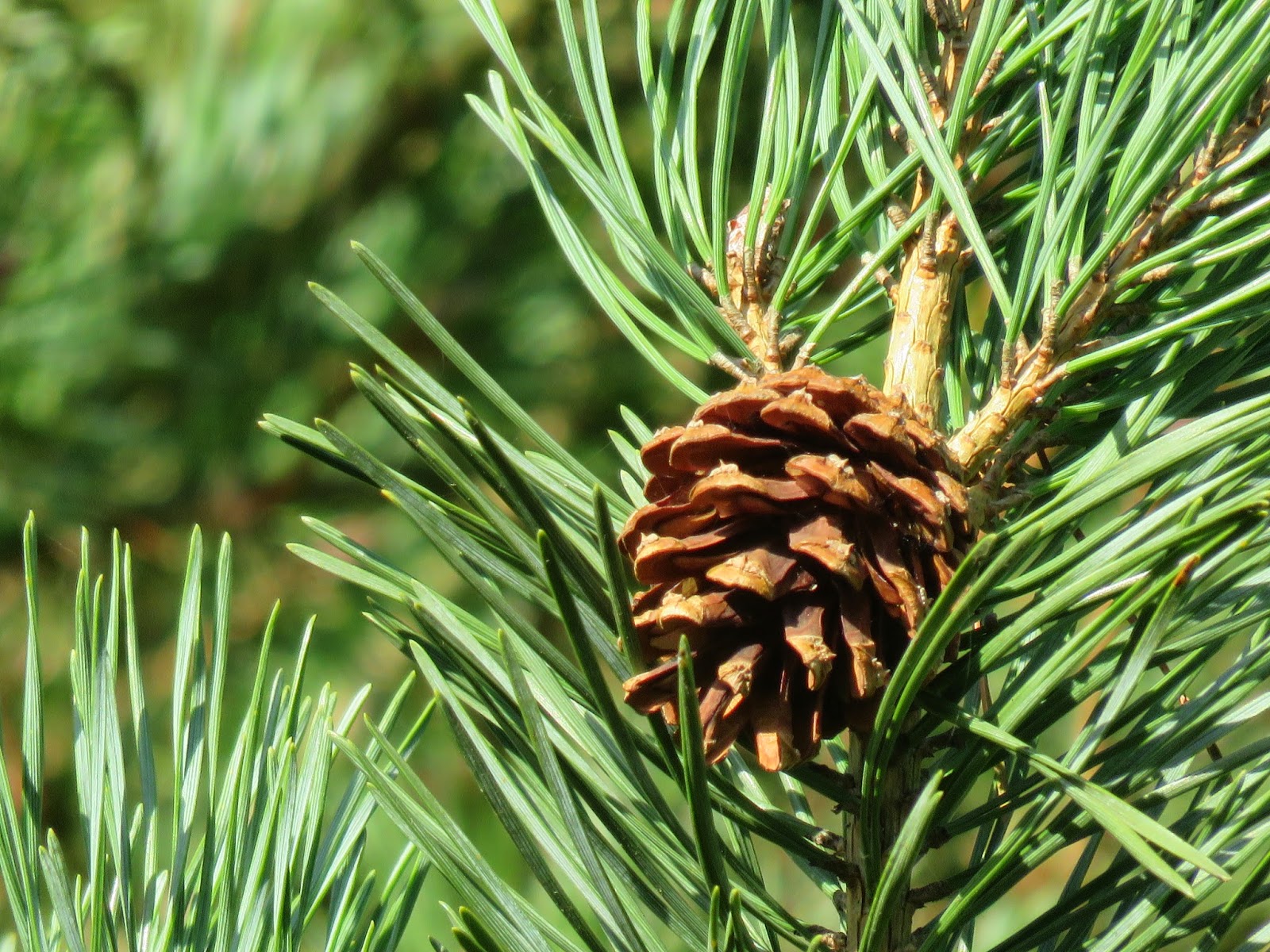 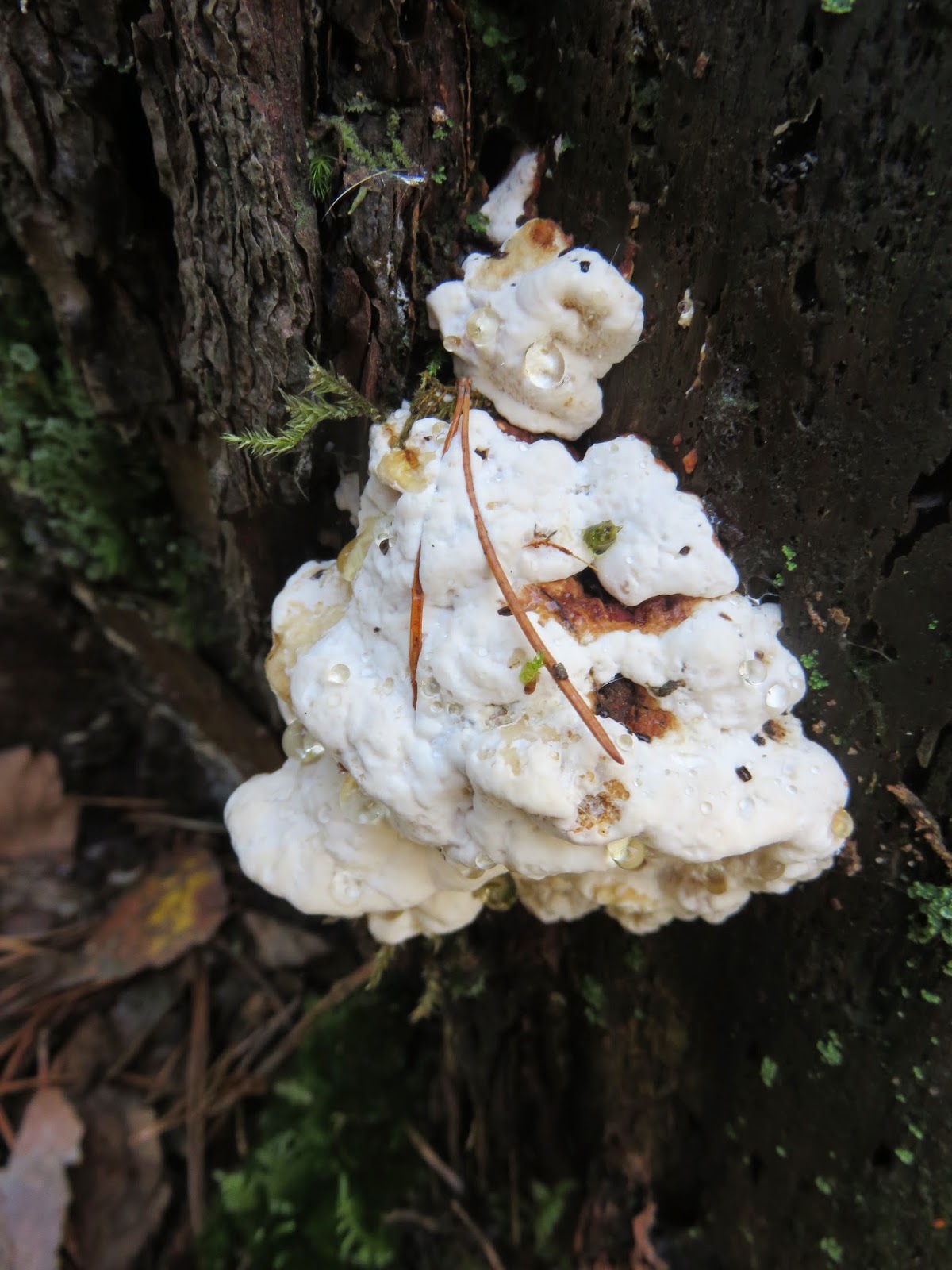 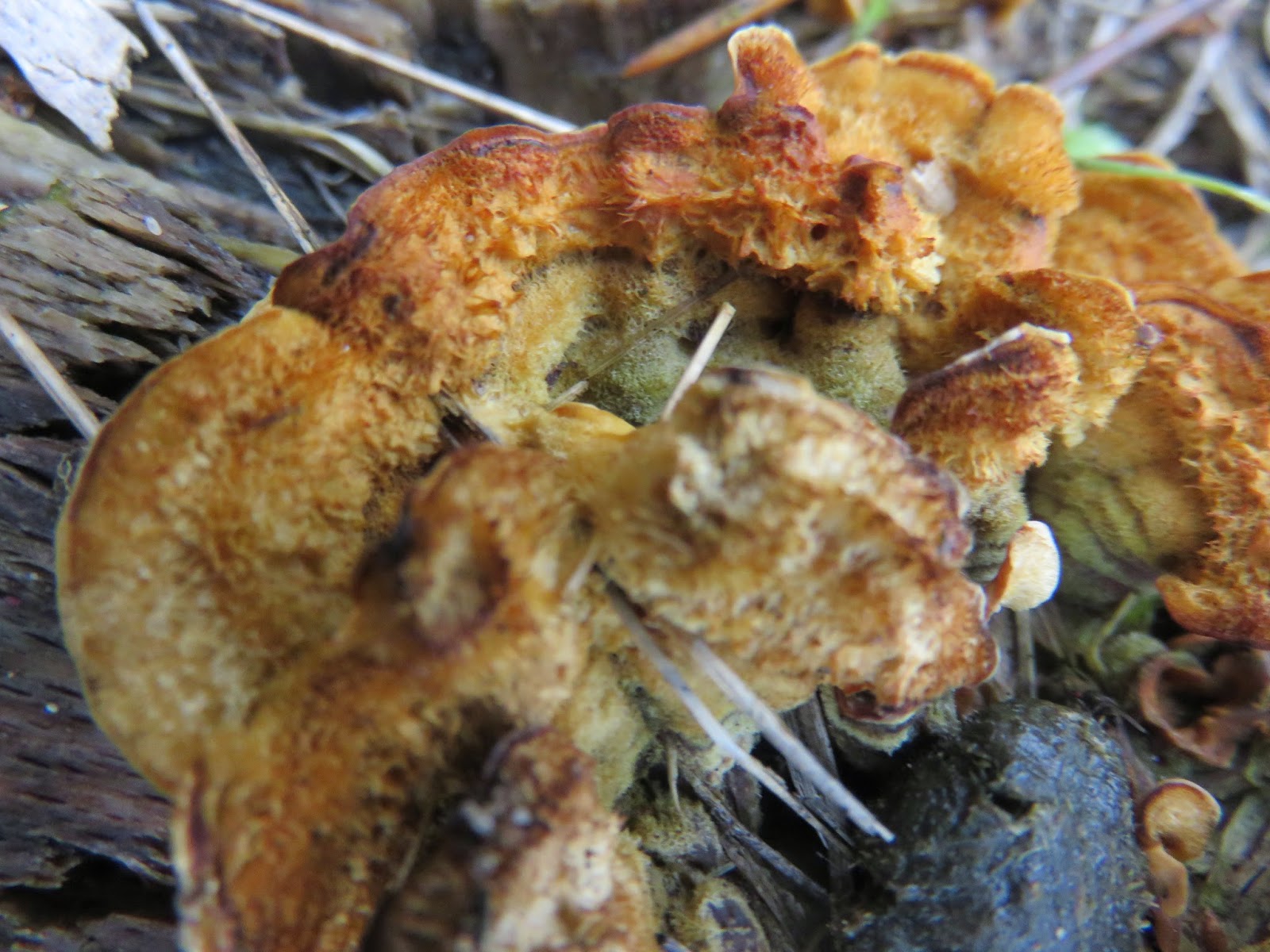 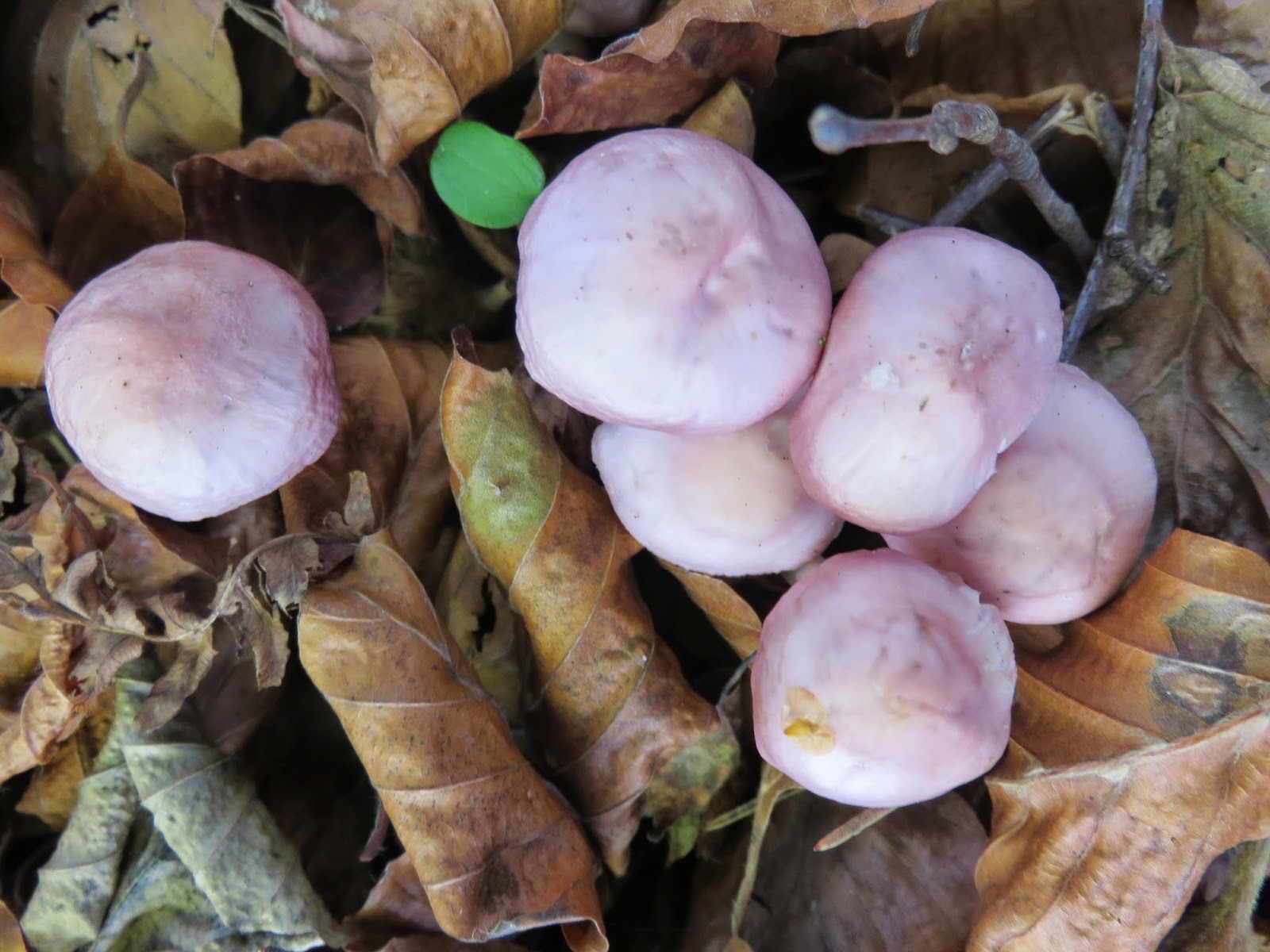 I enjoyed watching my girl working and I'm looking forward to viewing the final film. 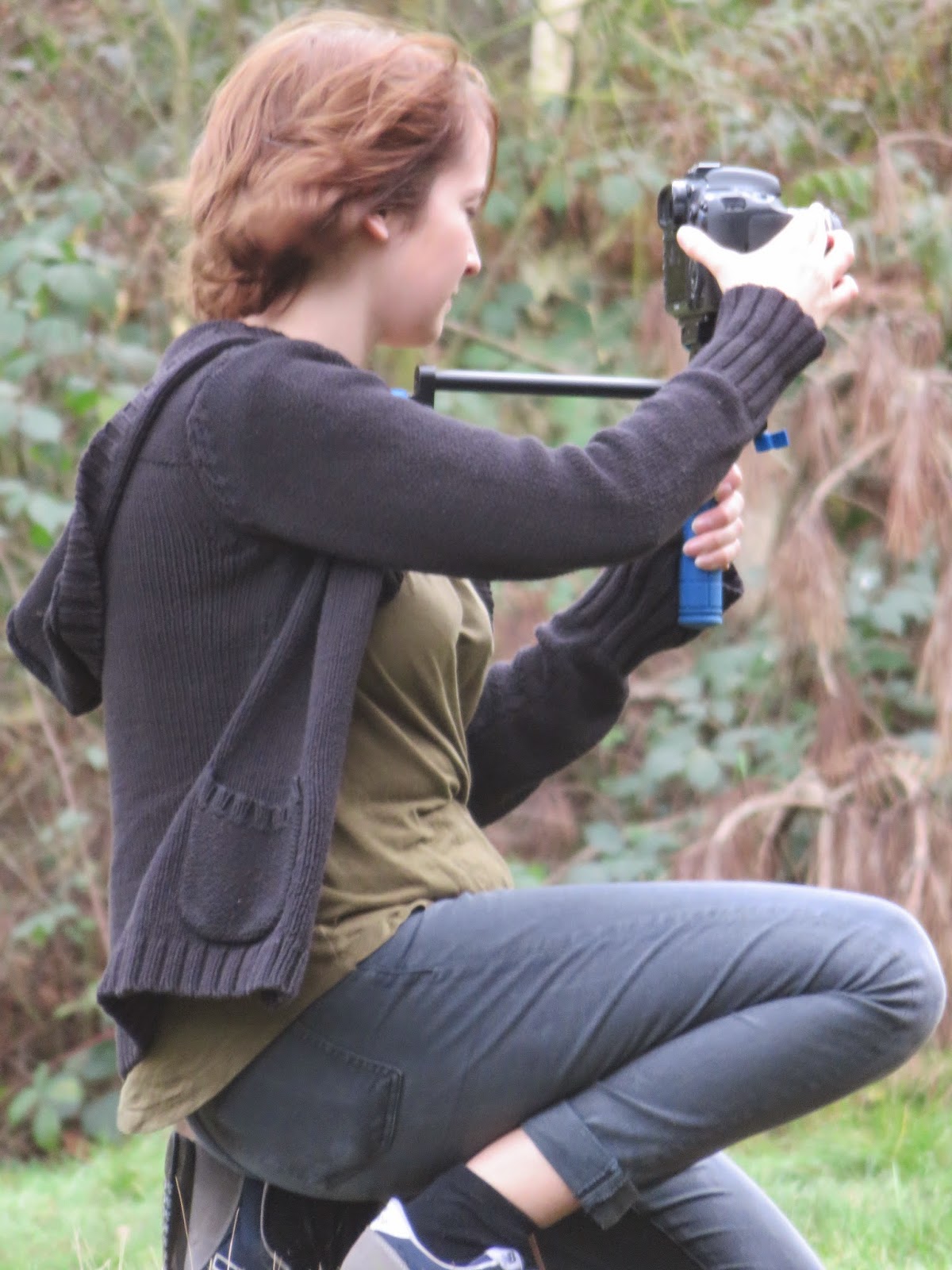 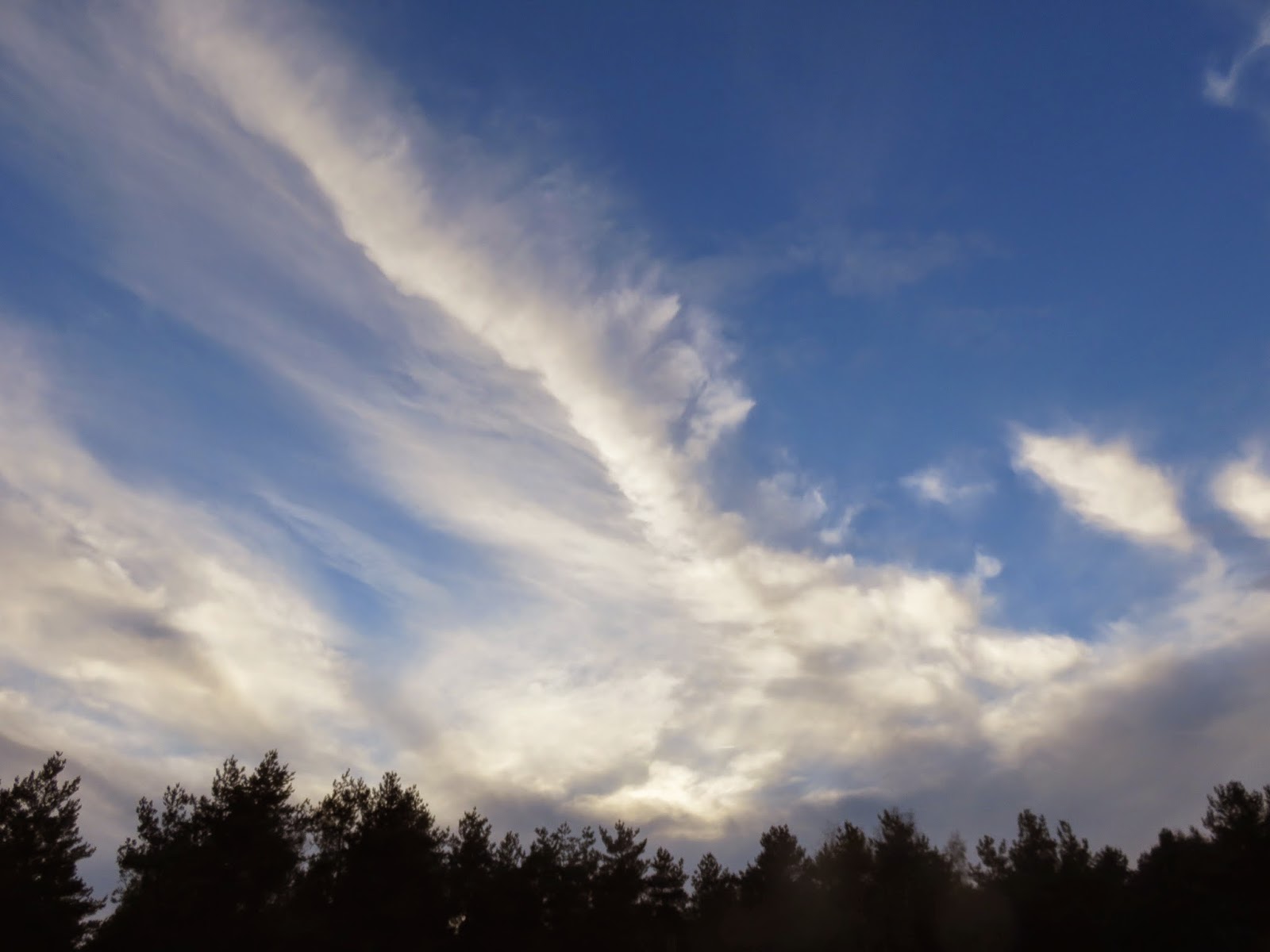 I'm already planning another visit to Sherwood Pines - the Segway Safari might be fun! 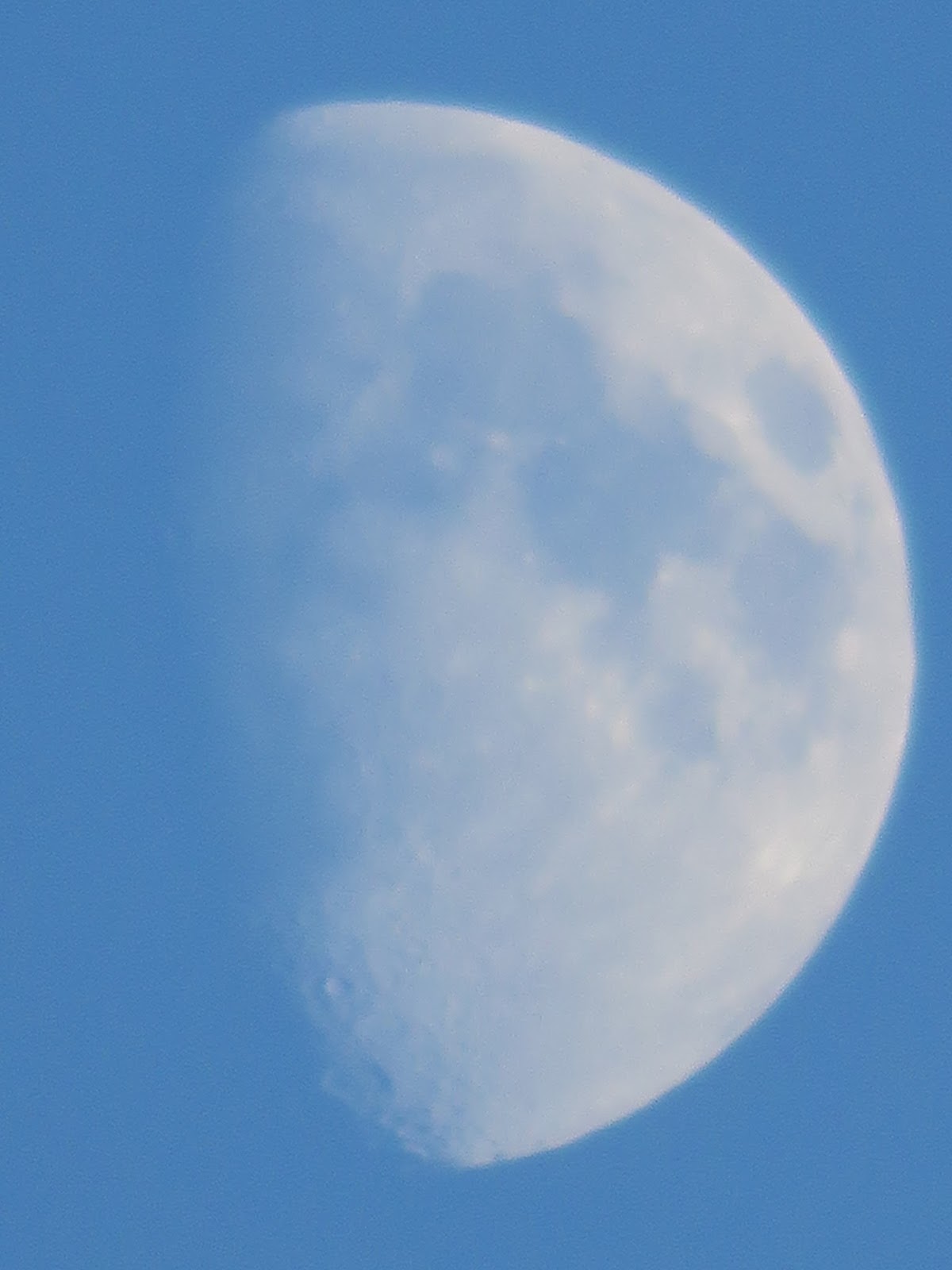 How exciting. Your weekends are varied and never dull!
Lovely to be out seeing what DQ gets up to.
Love the shot of the pine cone and the moon.
Lisa x

Wow! That looks so interesting, what a day you must have had.

It is very interesting watching filming and seeing all that goes into it isn't it. Certainly sounds like a lively and busy day. xx

Looks like great fun, Diane I would have found that mix of mediaeval and modern strange too:)

Hello!
What an interesting post! I have always found it fascinating to watch a movie being filmed. It takes such a long time, doesn't it? So much goes into it, and most people never know.

Wow, I watched the film you put on FB and the end result is brill. Well done to them all and especially Becky. X