I wasn't going to take any photographs this morning as I have snapped this subject matter so many times before, but I enjoyed walking around Sheffield so much this morning that I had to share it with you.
We started with breakfast in the city, and then decided to have a wander around.
Here you can see the Cholera monument on the hill.  The 402 victims of this terrible outbreak of 1832 were buried and commemorated.  One of the Kettle Drums of the ill fated "Museum of Popular Music"  (now Sheffield Hallam University Student Union) sits on the right hand side, and between the buildings sits the fantastic independent Showroom Cinema and cafe. We had been to see the "Picturing Sheffield" exhibition at the Millenium Galleries before, but we were in a rush then, so today we took our time and thoroughly enjoyed seeing all the art, both very old and extremely modern, depicting scenes from our wonderful city.  If you are local, don't miss this!  It is free to look around. 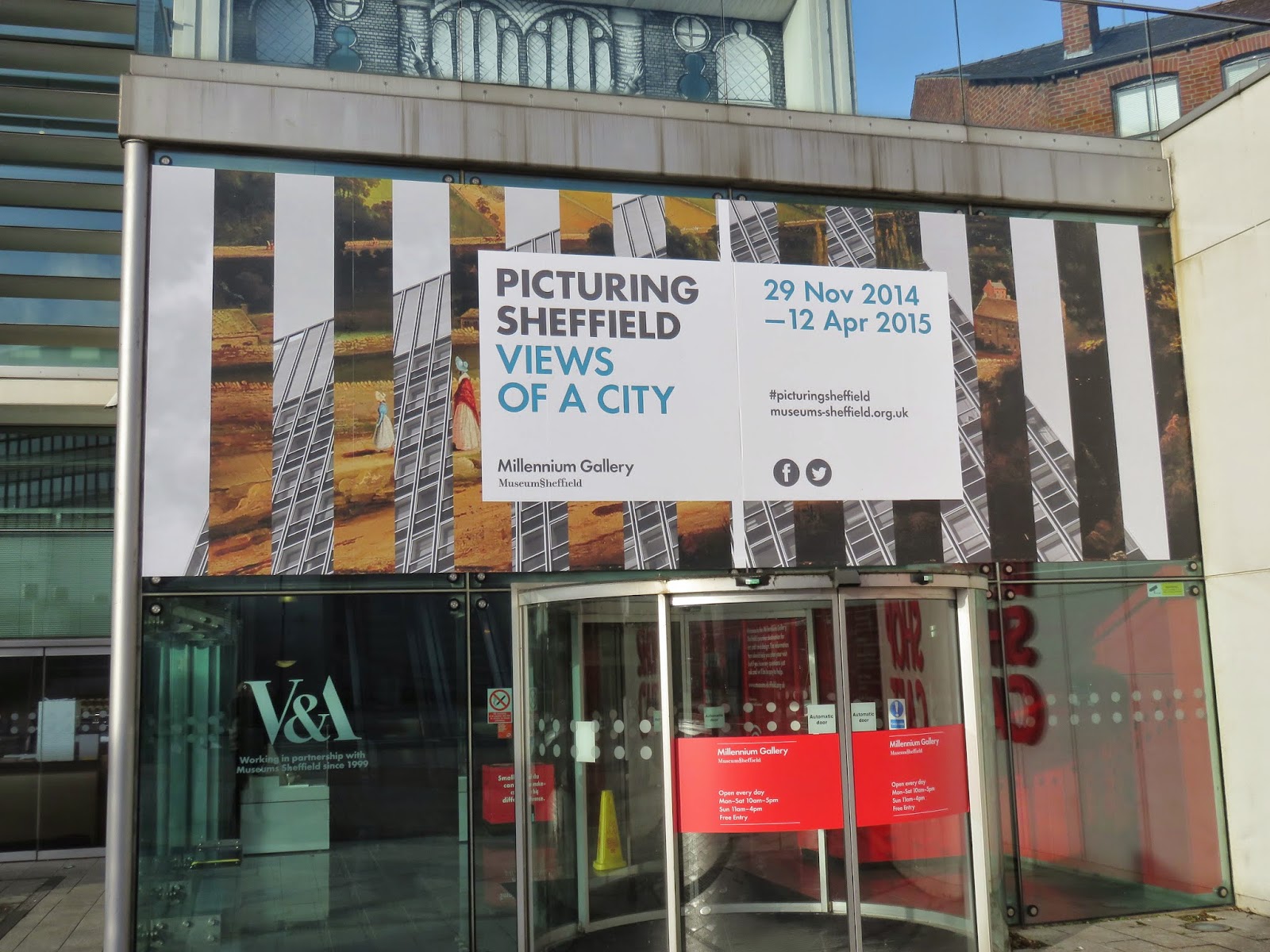 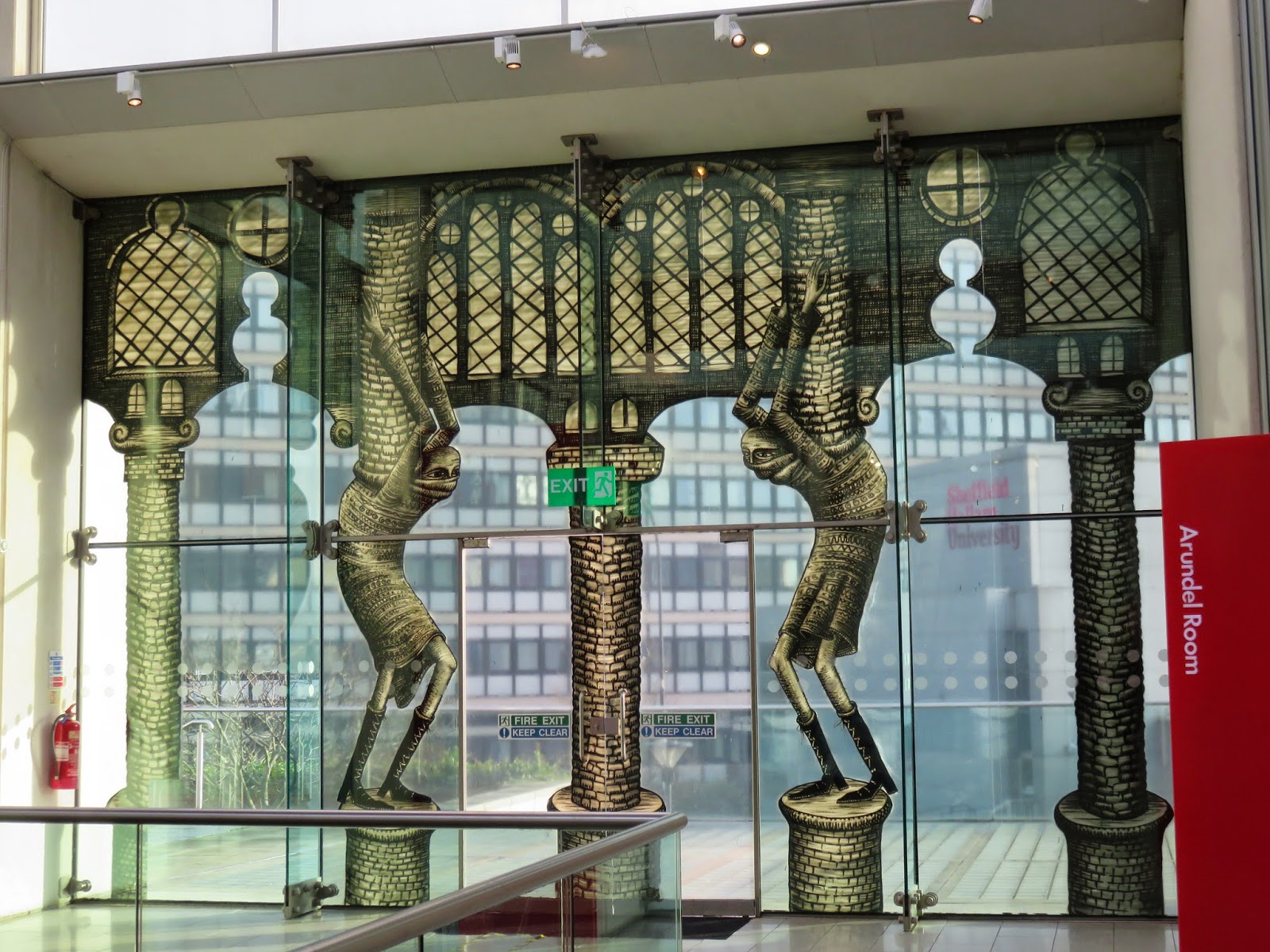 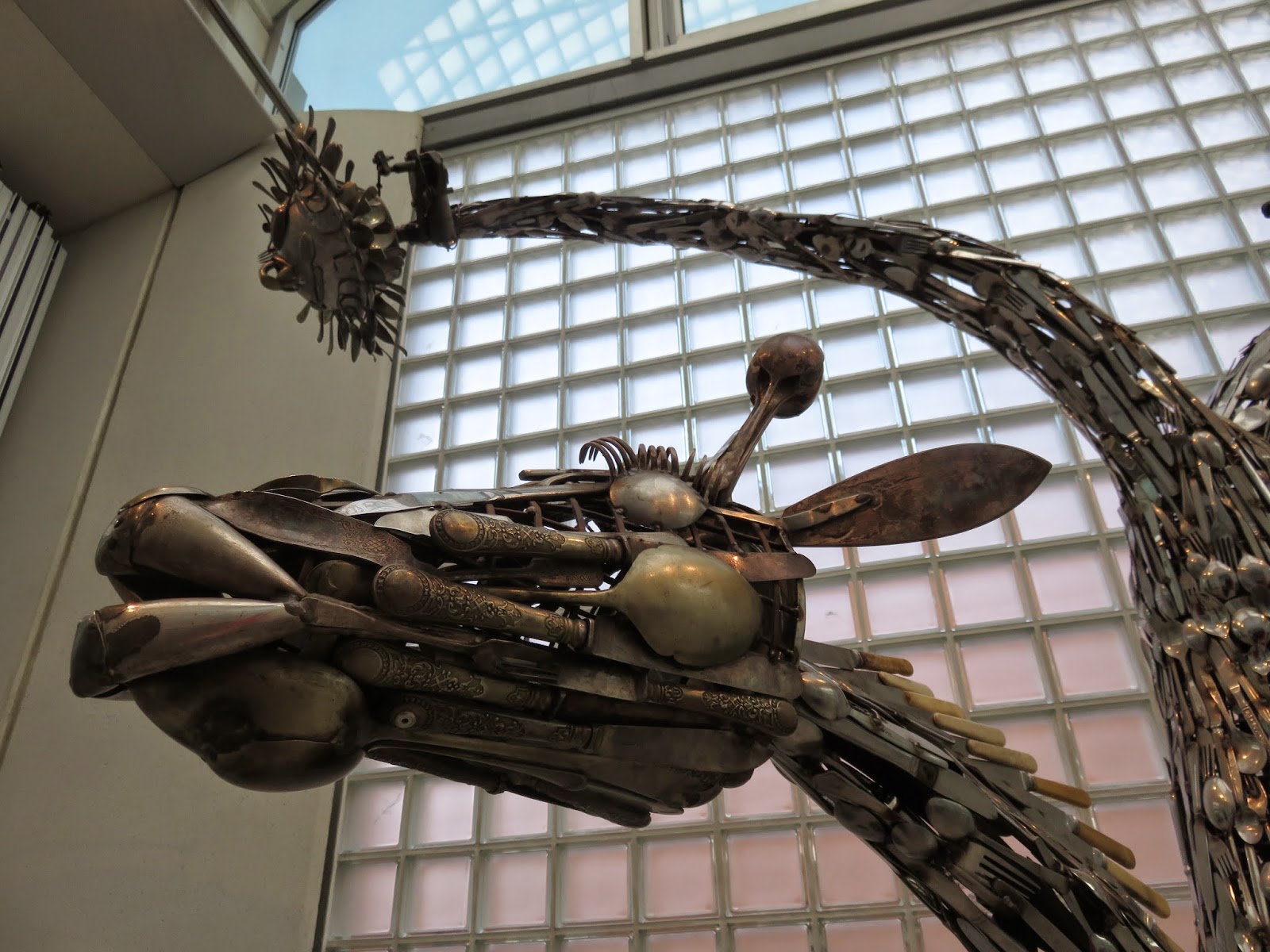 I've still not found out who this Egyptian is who presides over the Central Library.  I love him though. 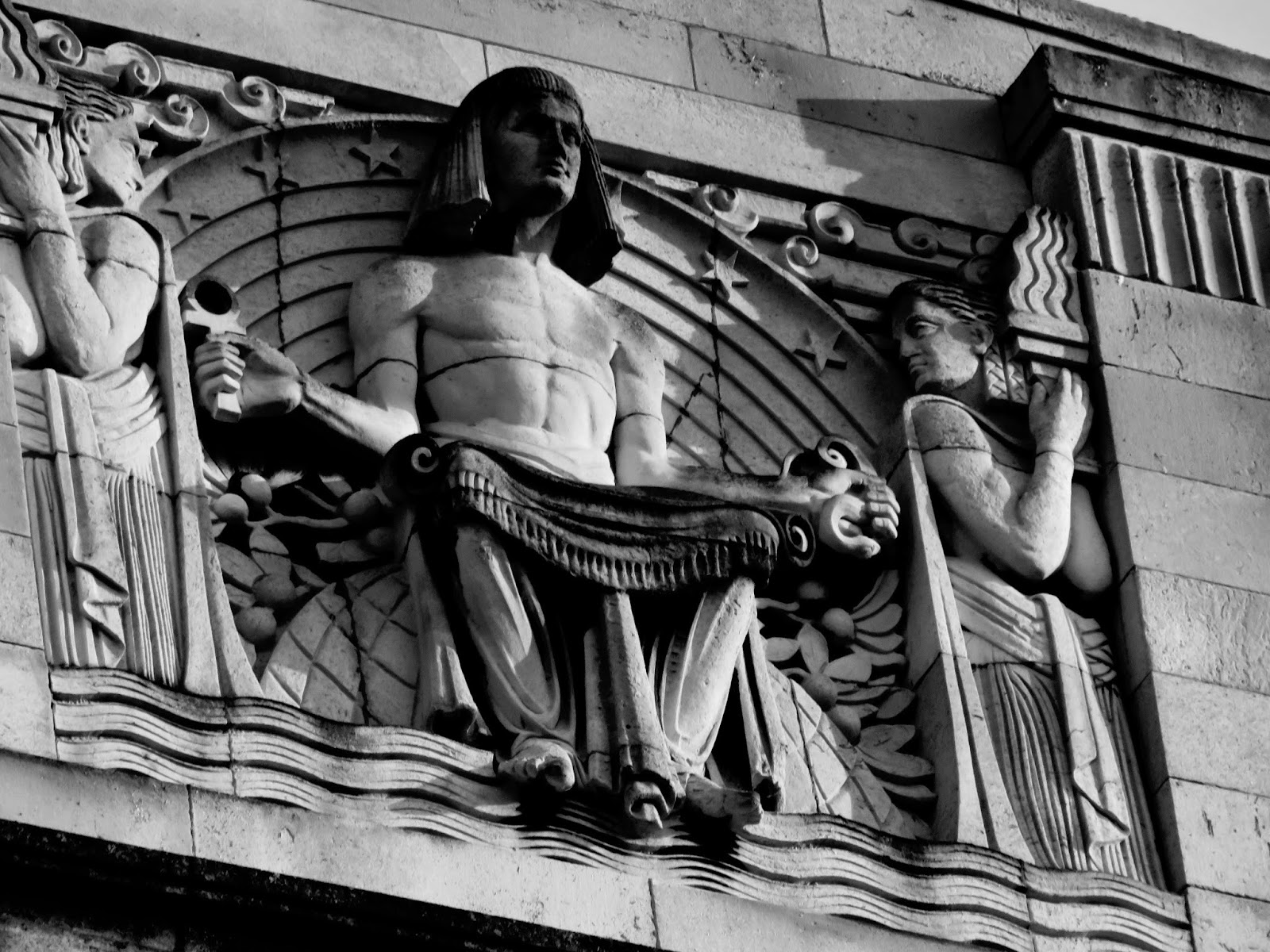 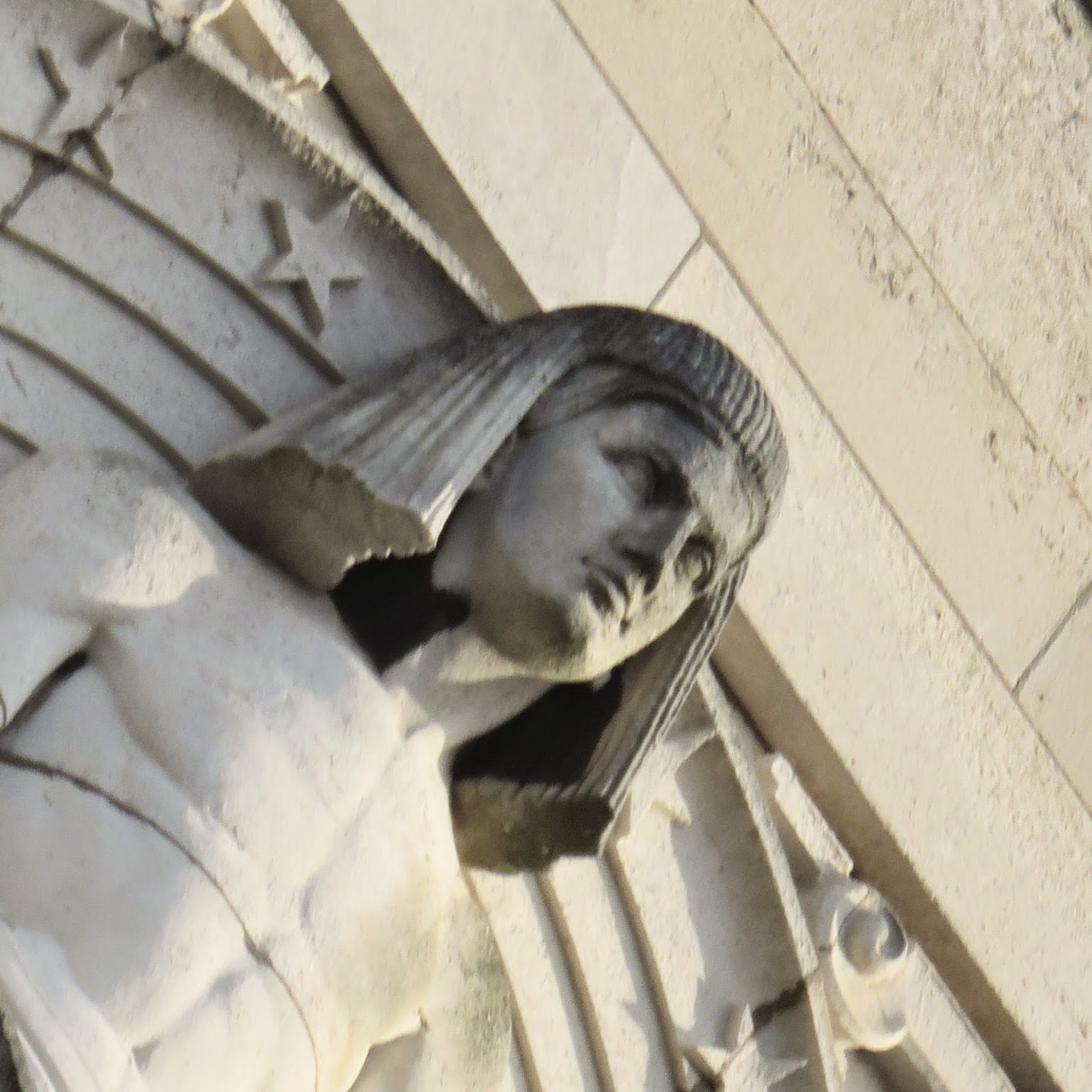 I know that this is Mercury who stands atop the Lyceum theatre. 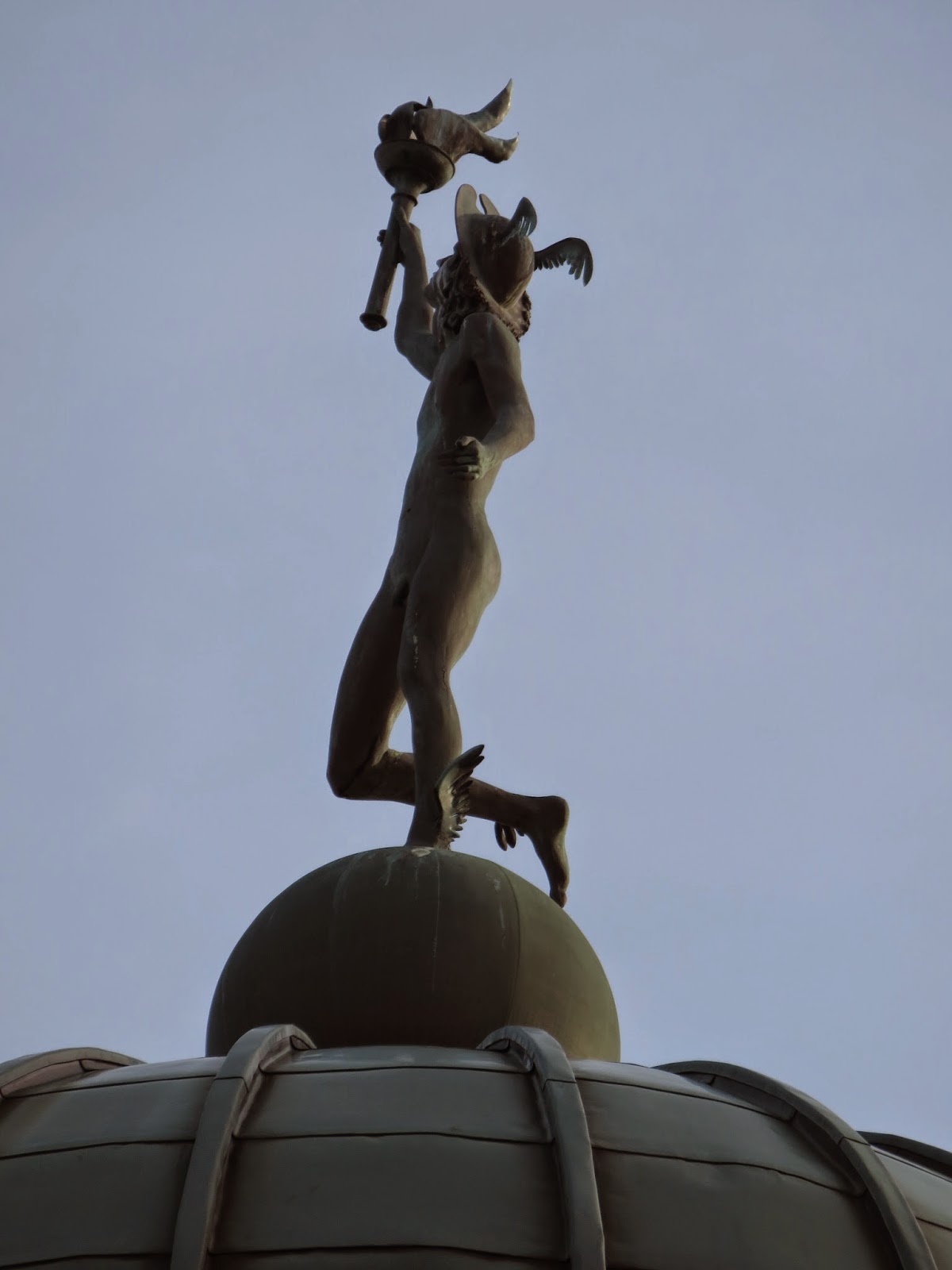 The Lyceum (on the right) sits slap bang next to the world famous Crucible theatre.  In the distance you can see the controversial Park Hill Flats - "Streets in the sky" that were built in the 1960's to replace the "slum" housing around the city.  Built in the "Brutalist" style, English Heritage managed to get the flats Grade II listed and they are currently being refurbished (slowly!). 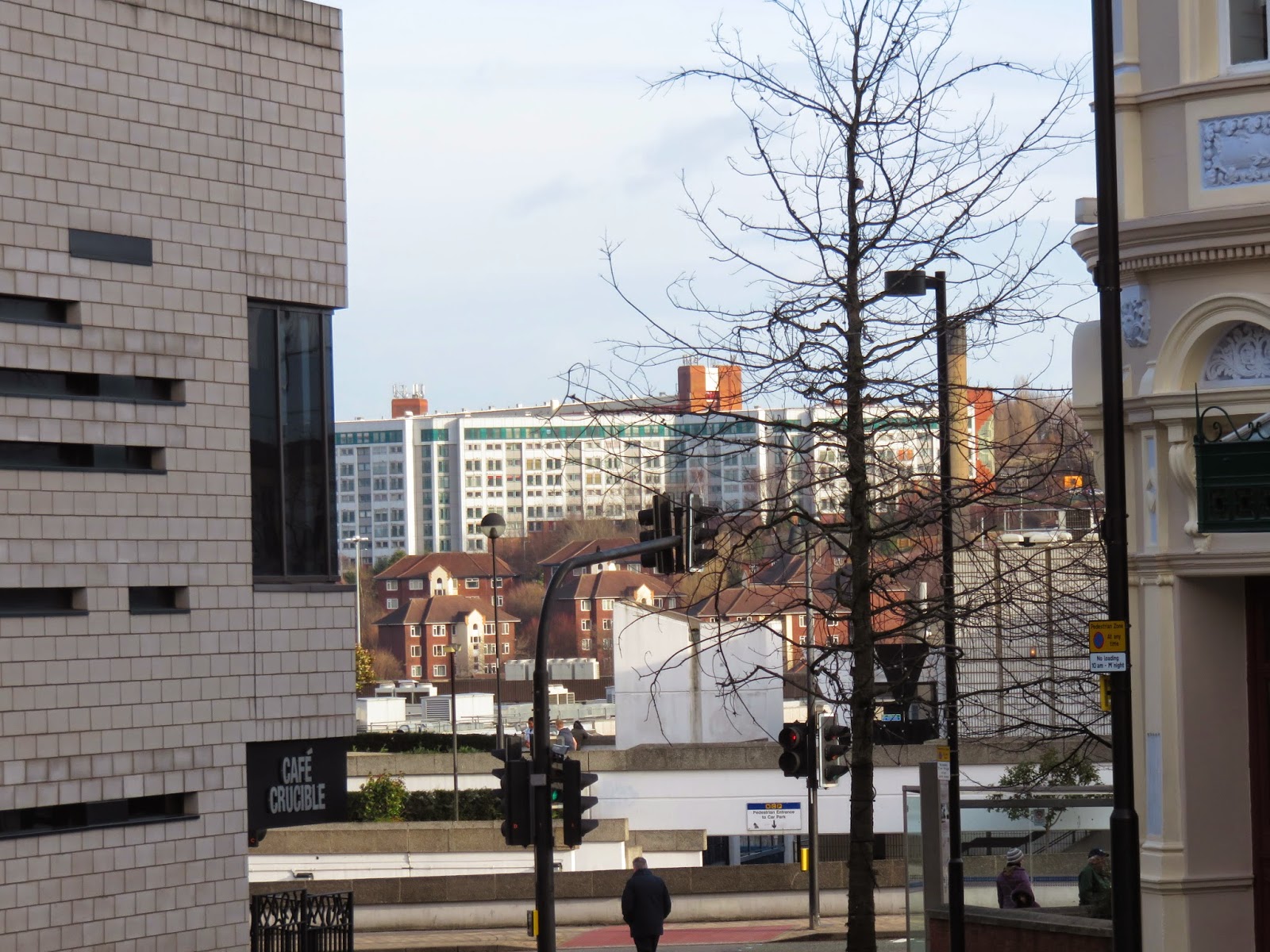 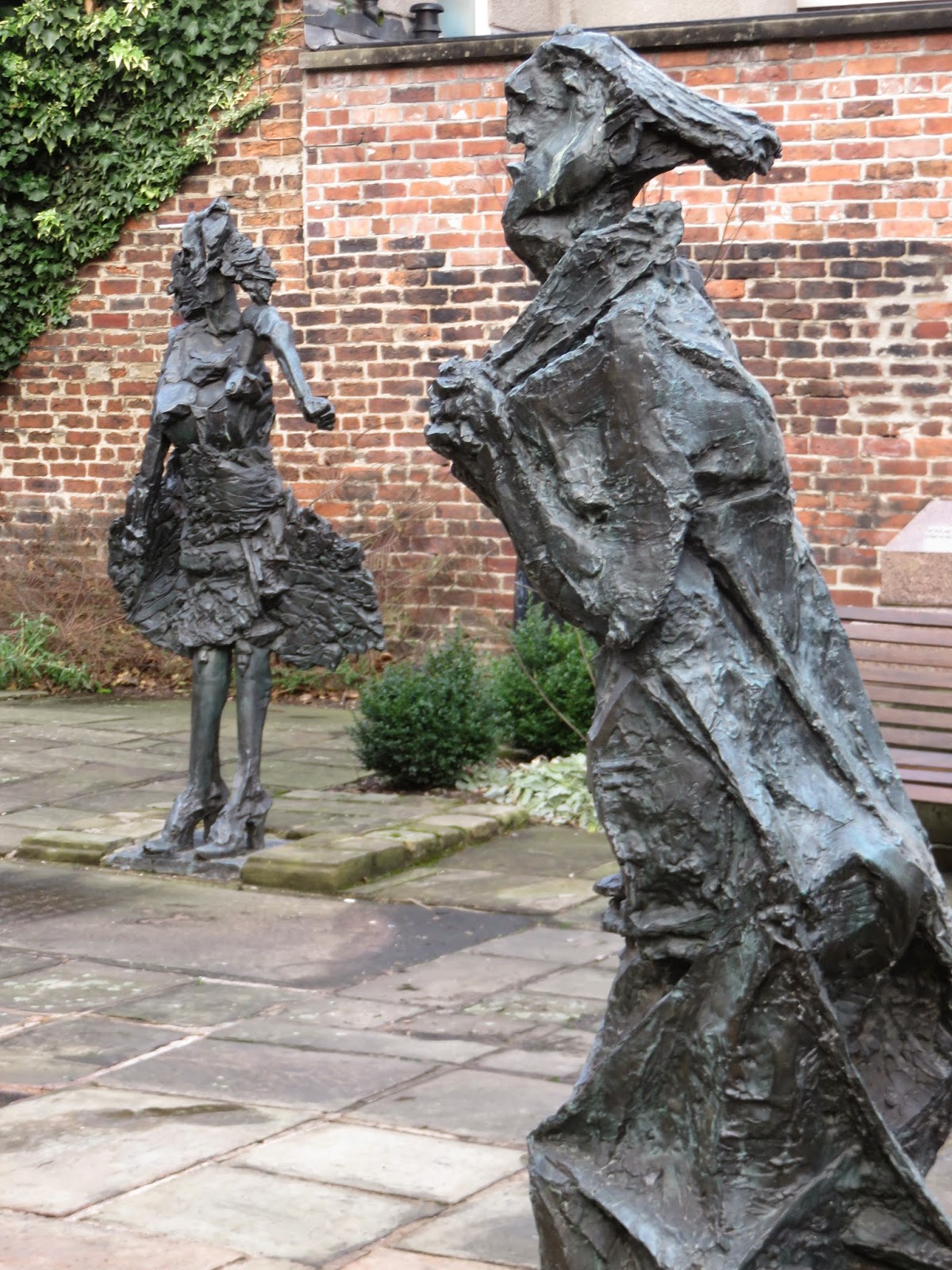 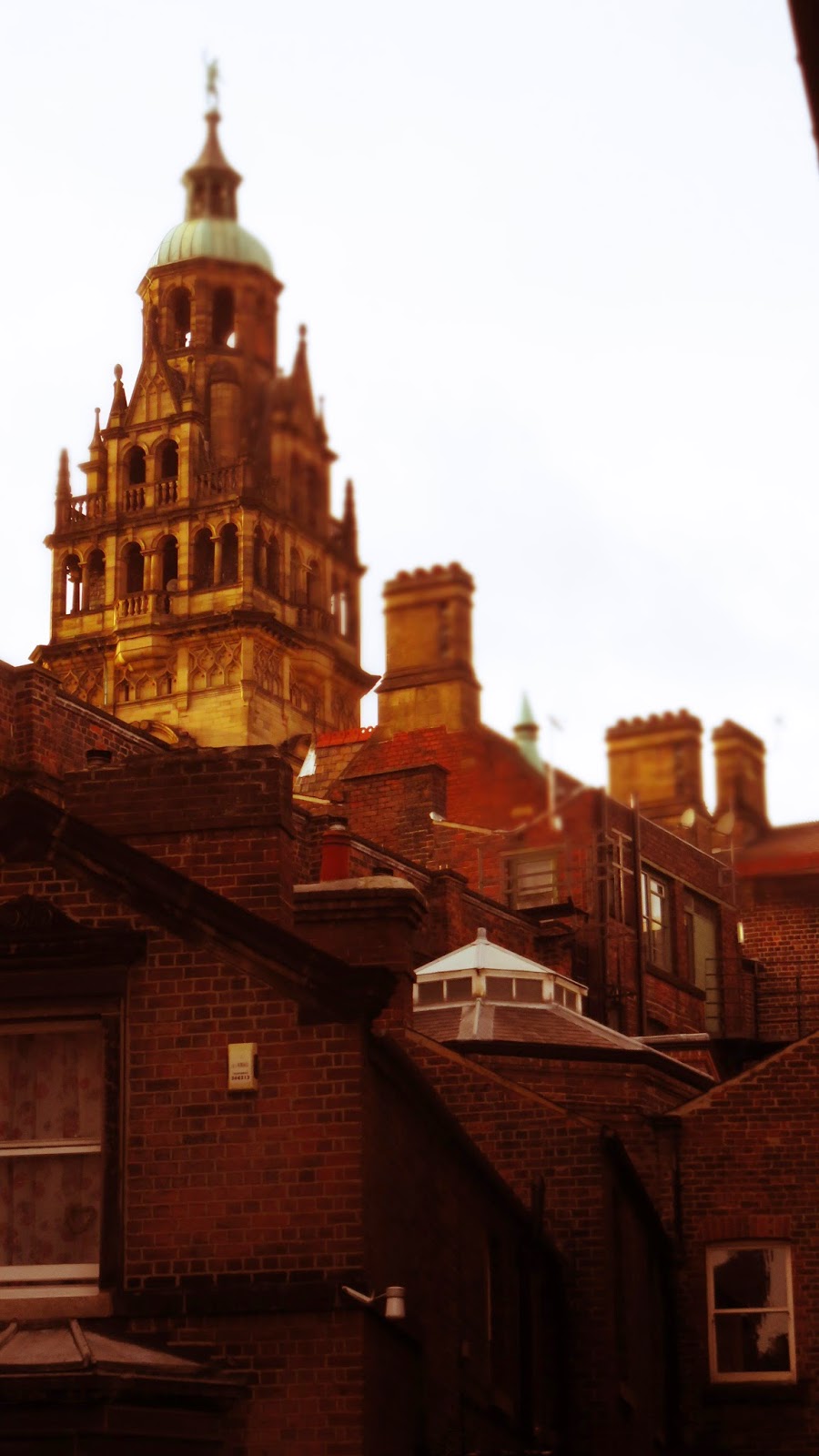 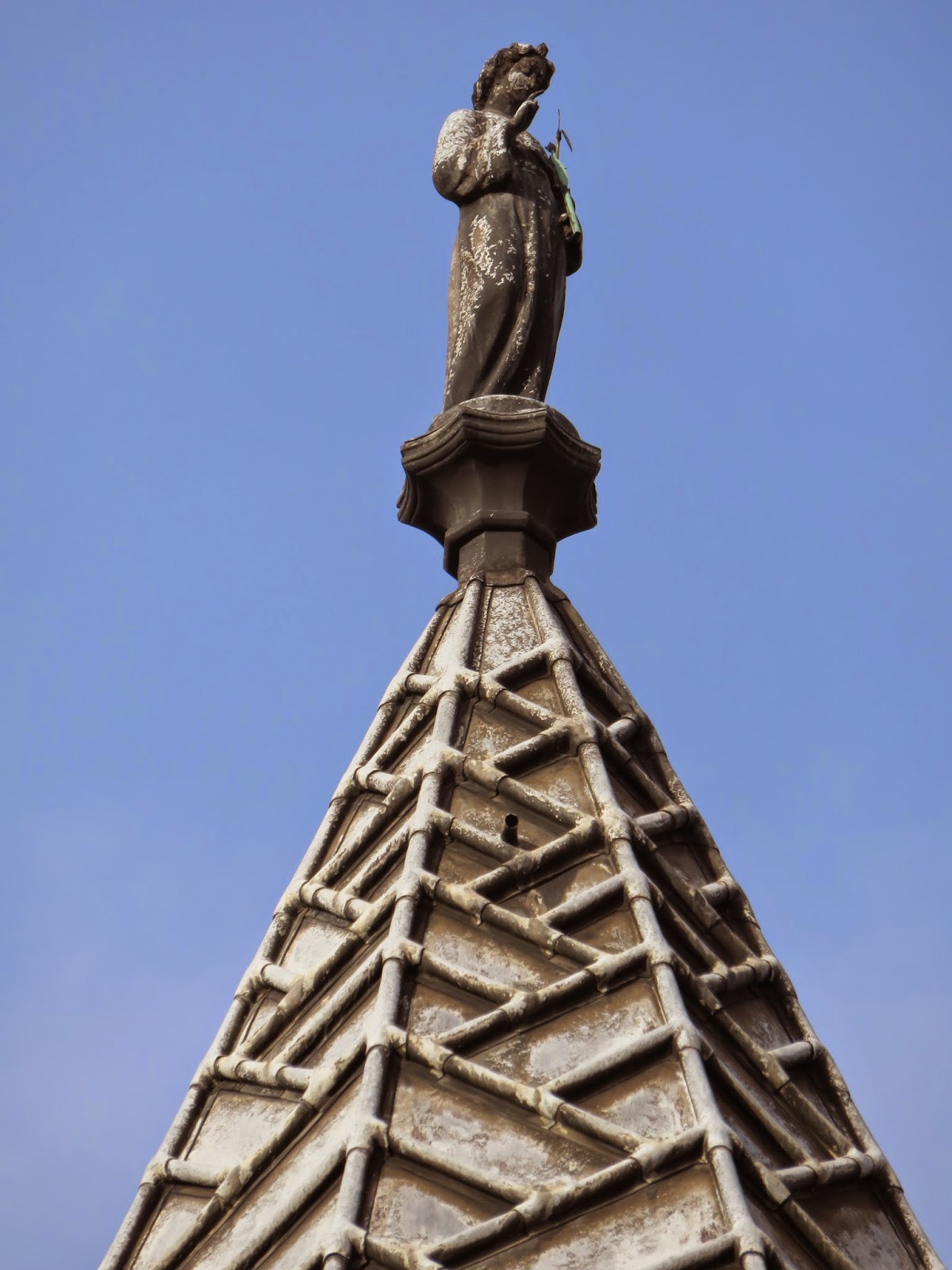 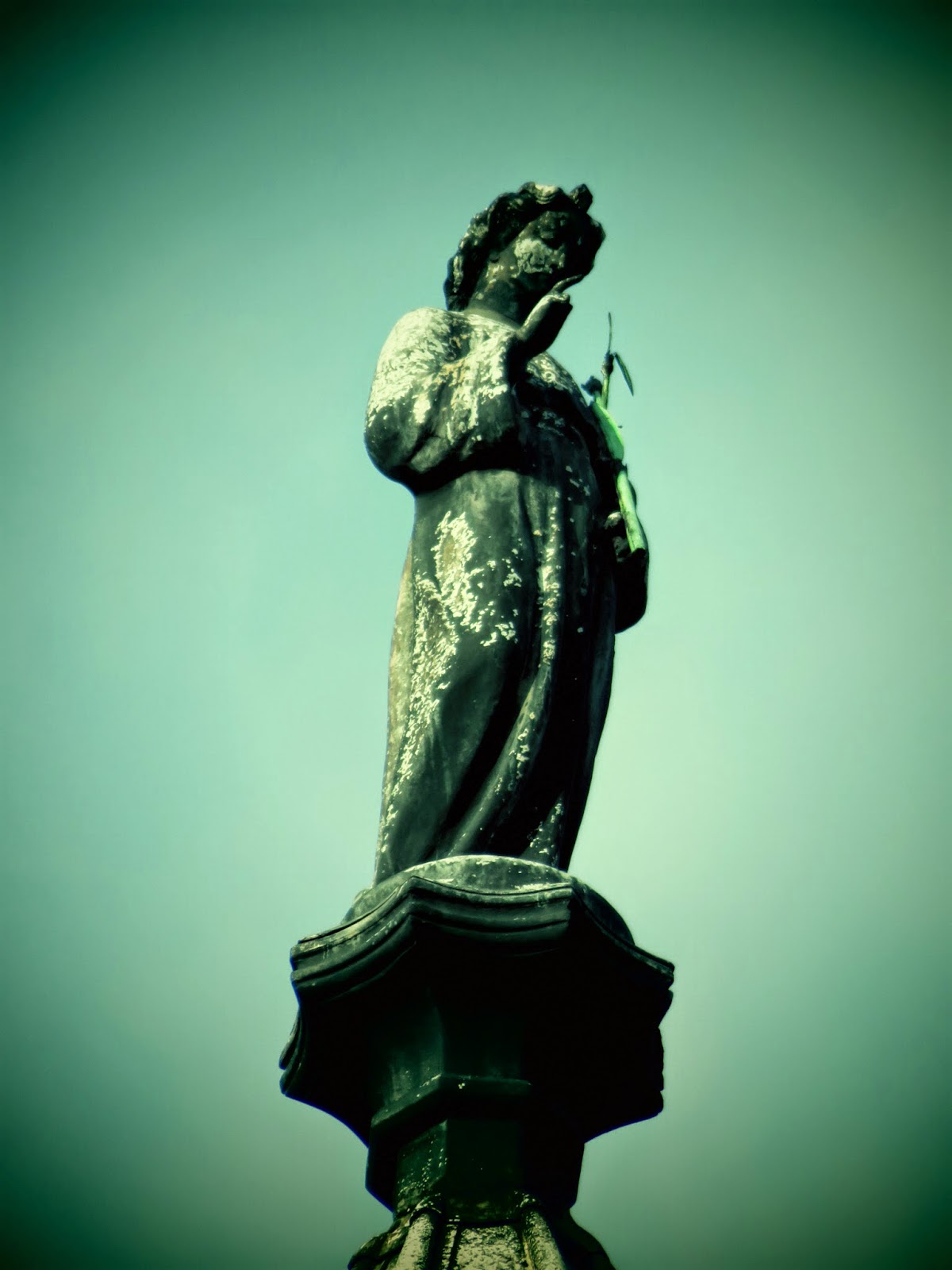 The Town Hall looked grand in the winter sunshine. 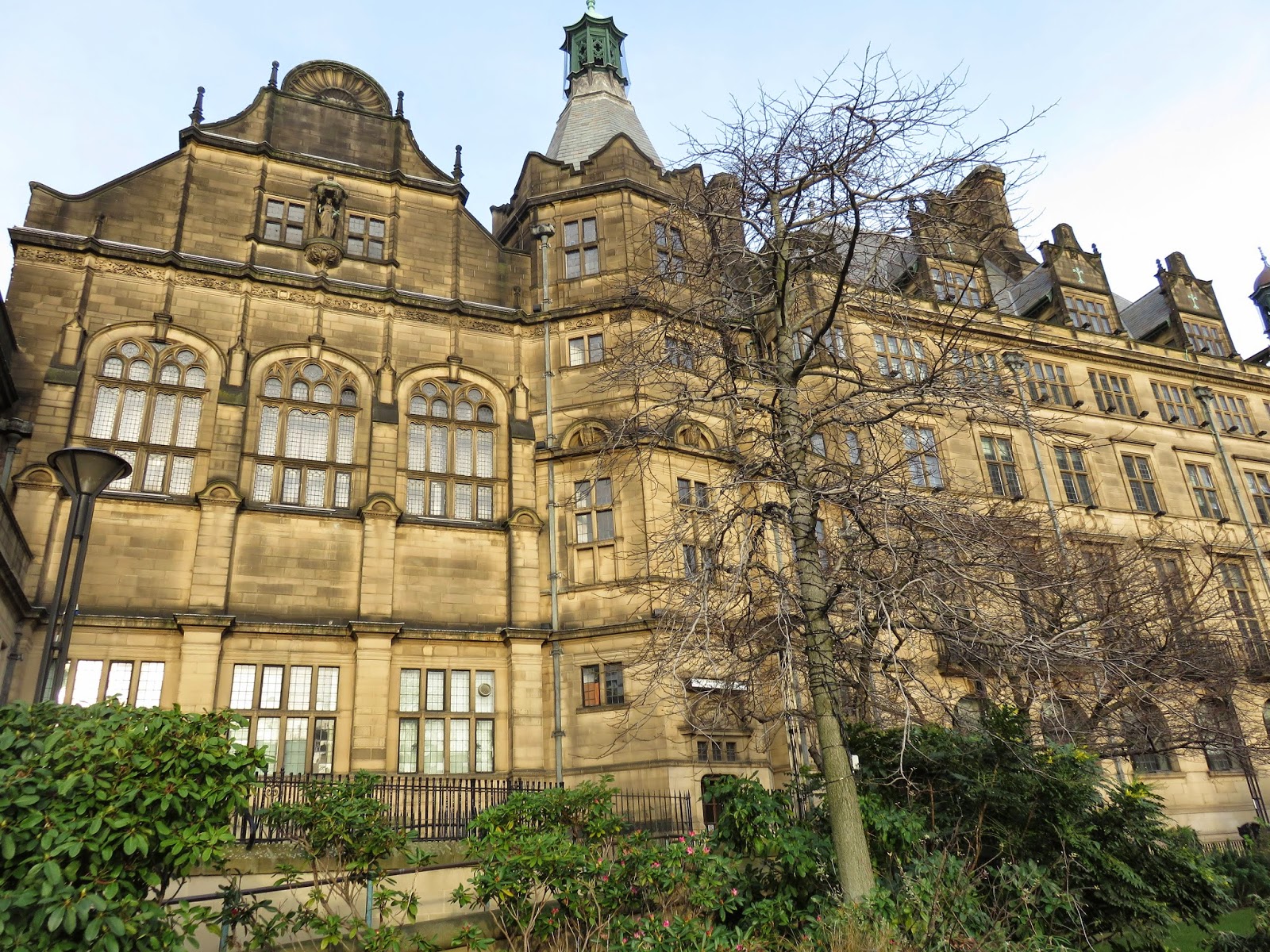 And the Winter Gardens provided shelter from the biting wind.  Sheffield is often known as Britain's greenest city, but all it's bigger parks are on the outskirts of the city, in the suburbs.  There are lots of green spaces to be found in the centre itself, but they are not parks as such. 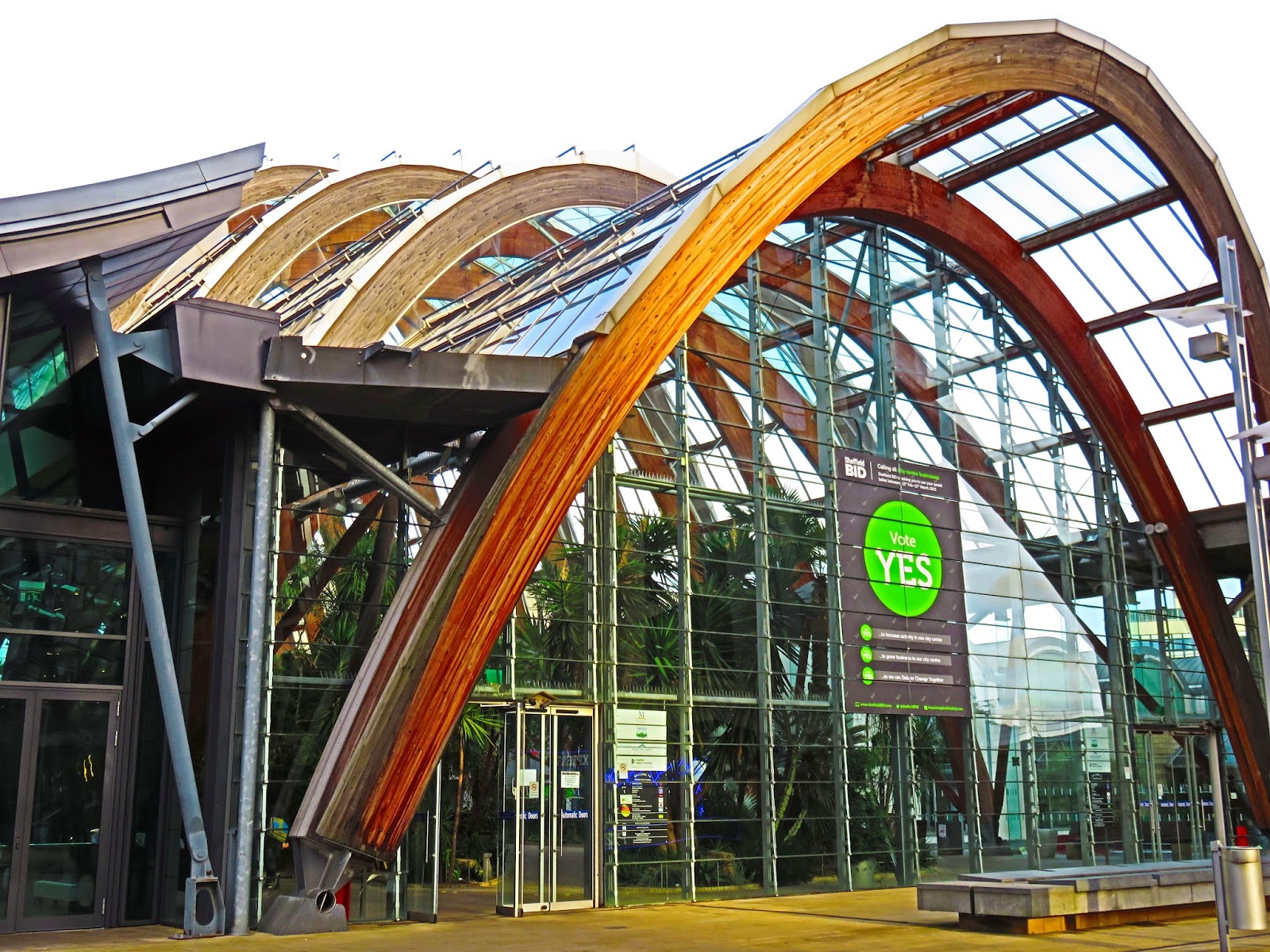 Of course you know about our fantastic Cheese Grater car park.  The artist Pete Mckee said that if this was in Barcelona, it would be a huge deal.  I think he is right! 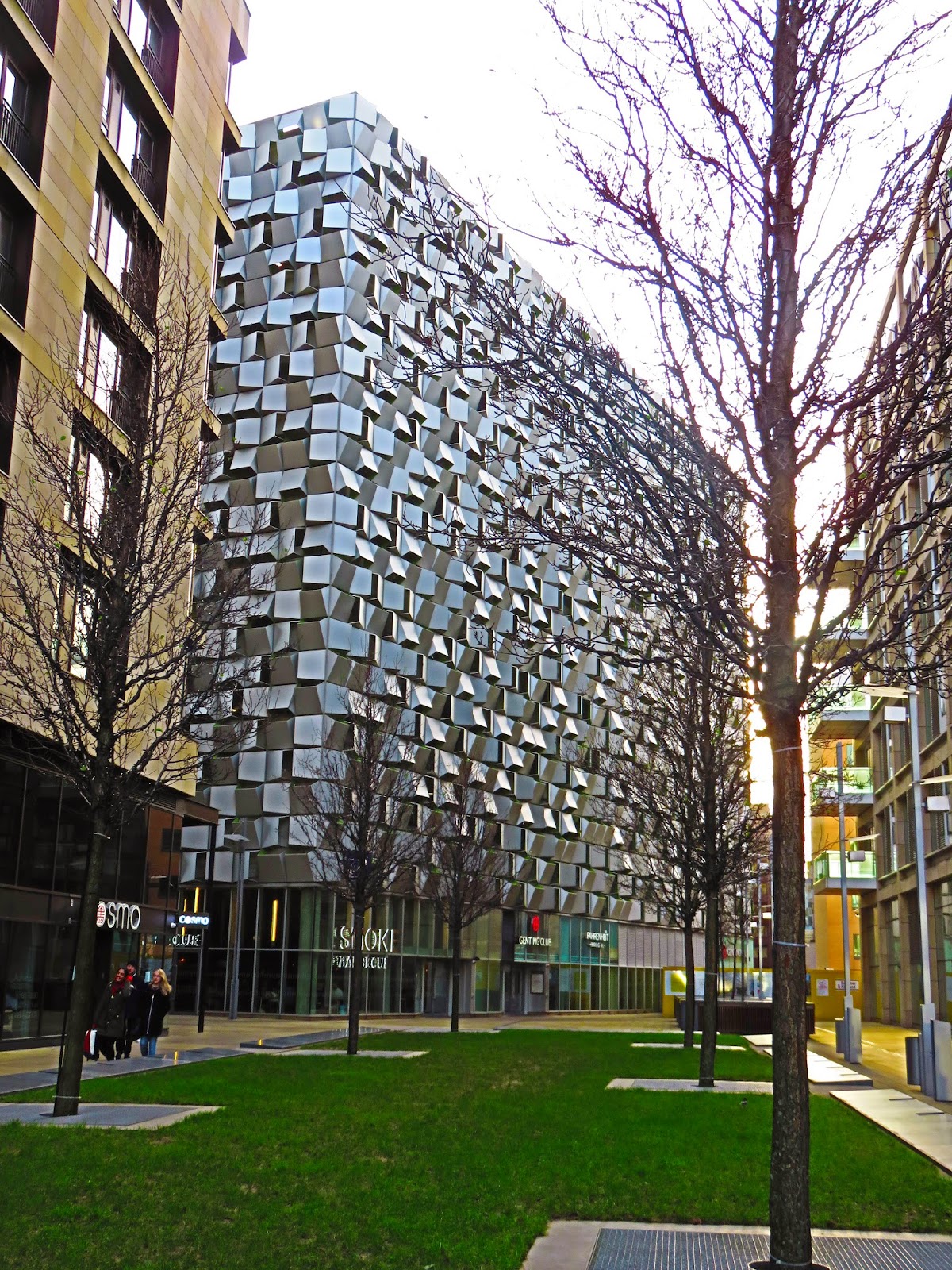 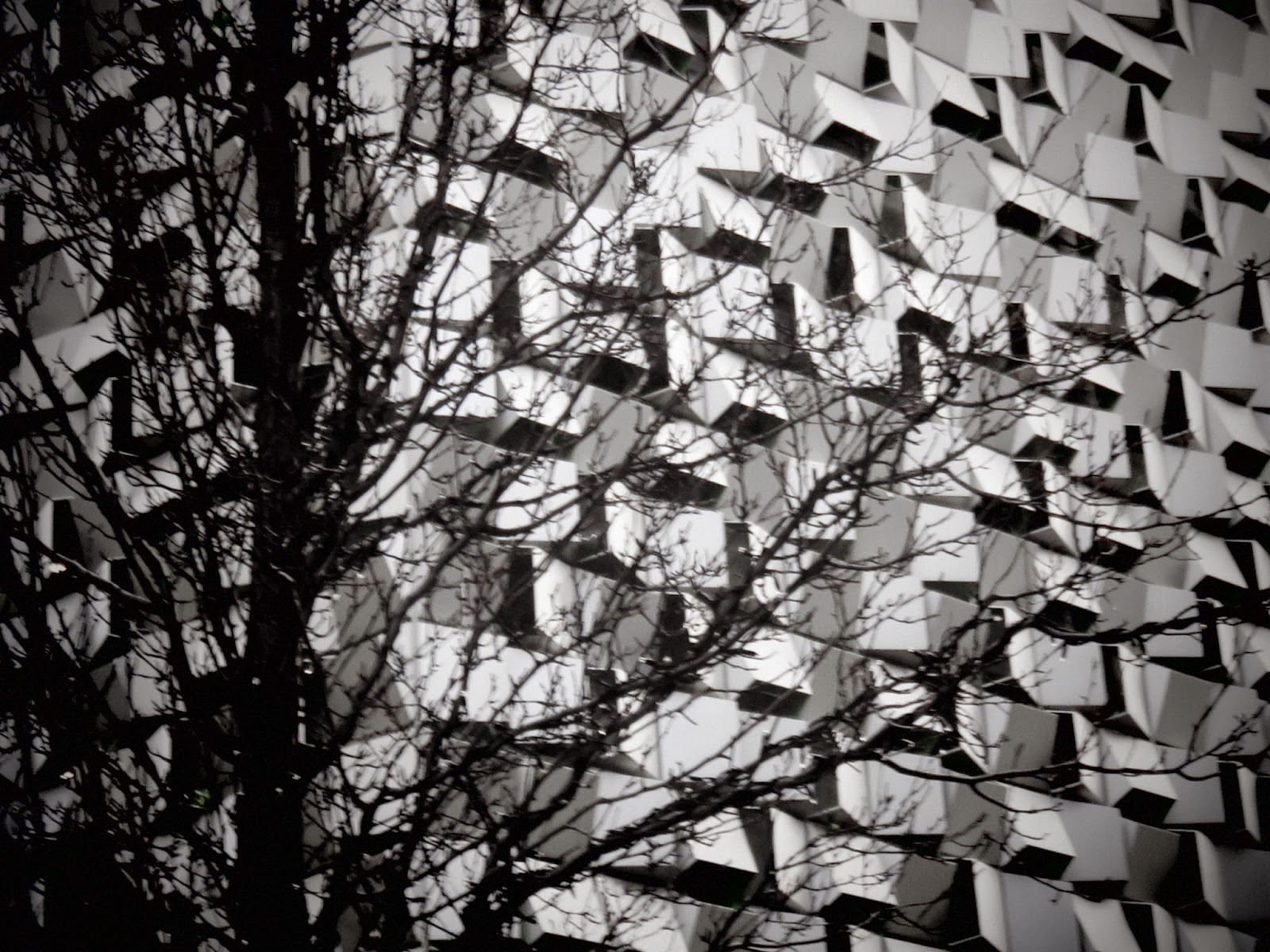 We have been criticised in the past for not "looking" like a city - no high rises etc.  So they built one!  St Paul's tower is fairly high, and creates a wind tunnel effect around it as high rises tend to, so hopefully they will leave it at just the one! I bet the views from the top are spectacular as I know you can see out to the Peak District from here, but I wouldn't like to live here. 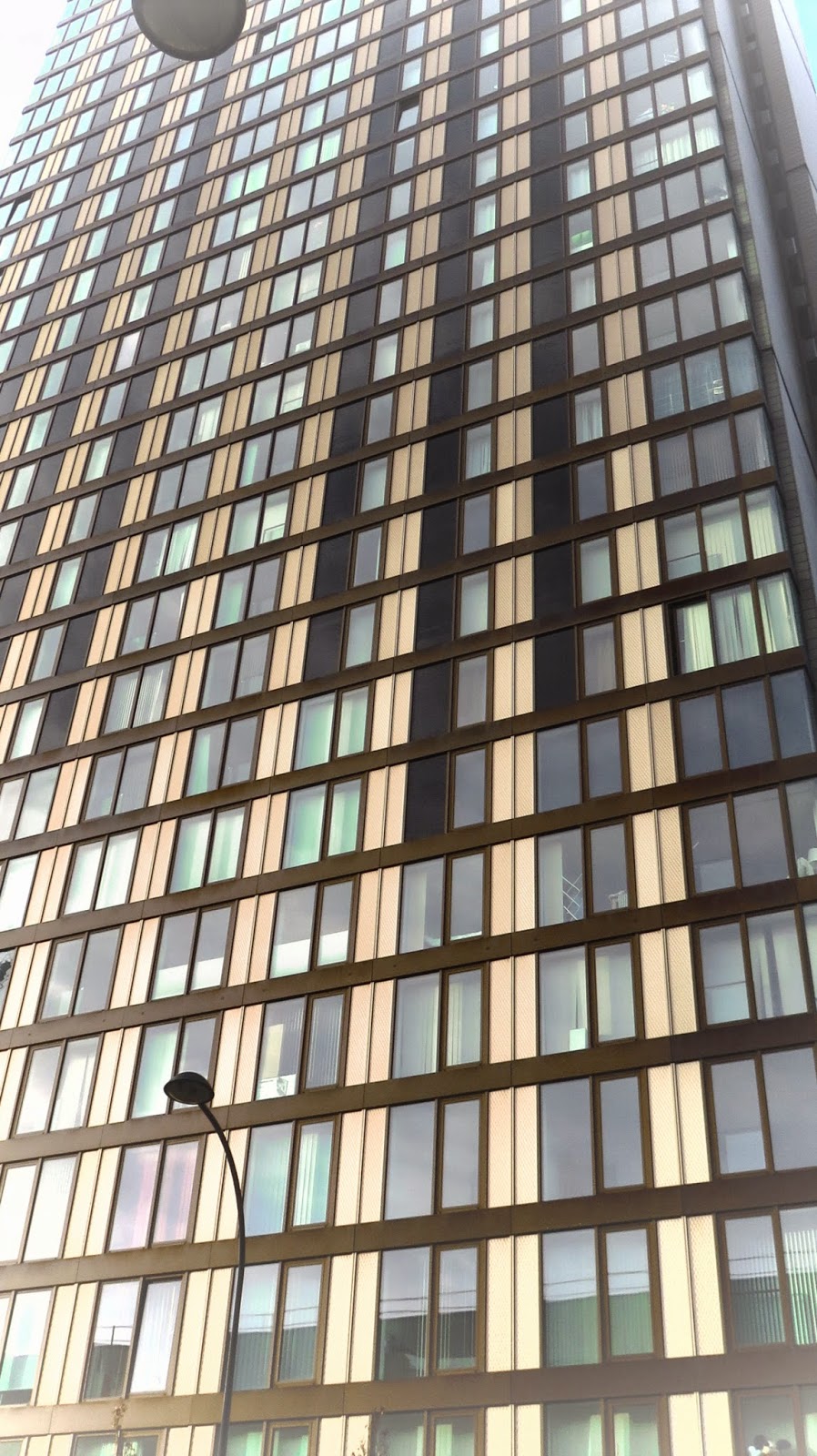 I really love the poem written on the side of the Uni building which welcomes visitors as they arrive at Sheffield Midland railway station. 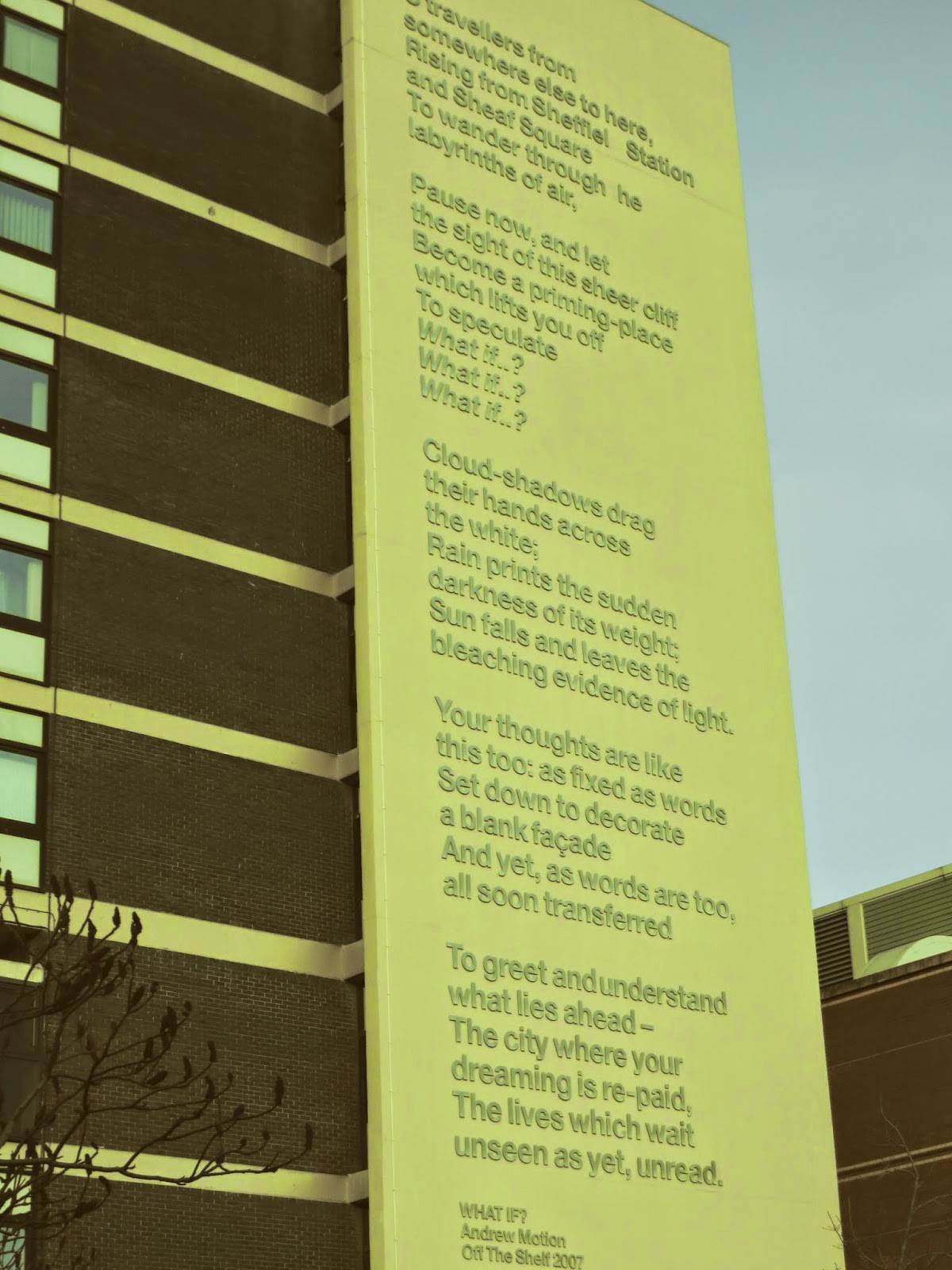 We really are a cultured bunch! 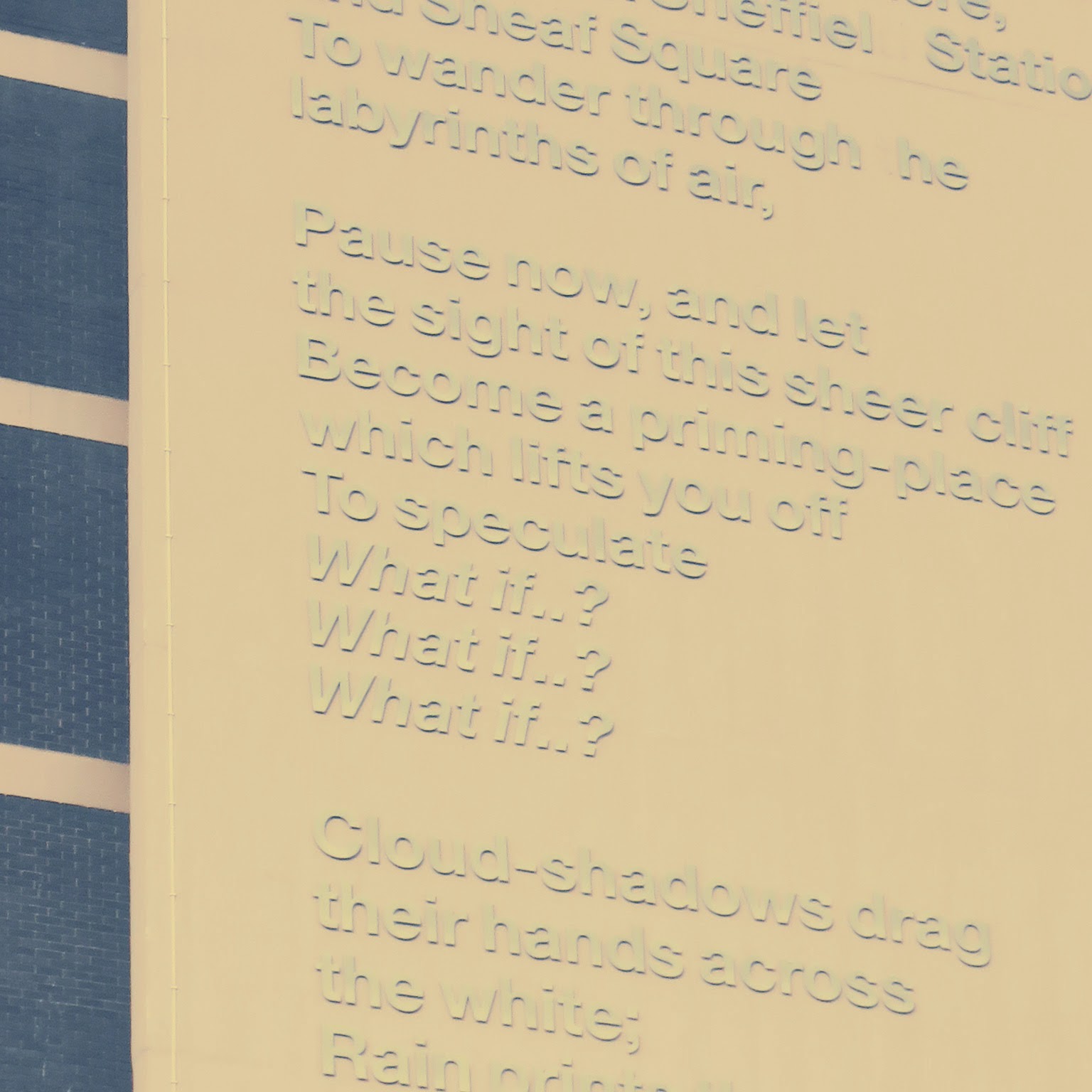 And the fabulous painting of Harry Brearley - inventor of stainless steel - painted on one of the very old buildings near the railway station. 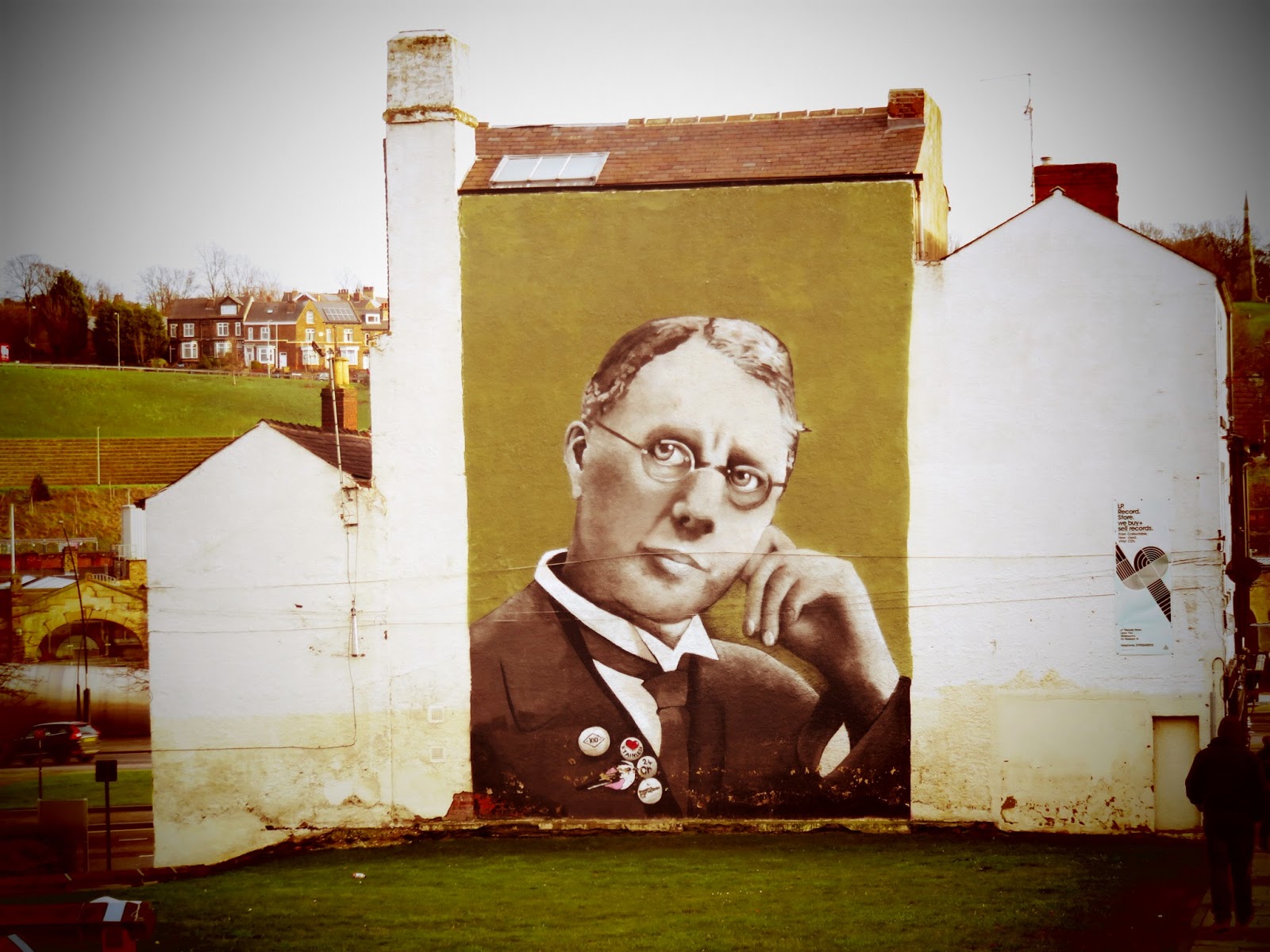 The Midland railway station (at the bottom of this photo) was the last of the 5 stations that were built in the city.  Unlike many cities, our station is Edwardian and not Victorian.  (We do have a Victorian one, but it isn't used anymore - it is interesting to look around though).  I love the station and it currently has a piano plonked in the entrance.  We have used the station lots over the last few weeks and it has been wonderful to hear people passing through playing it. 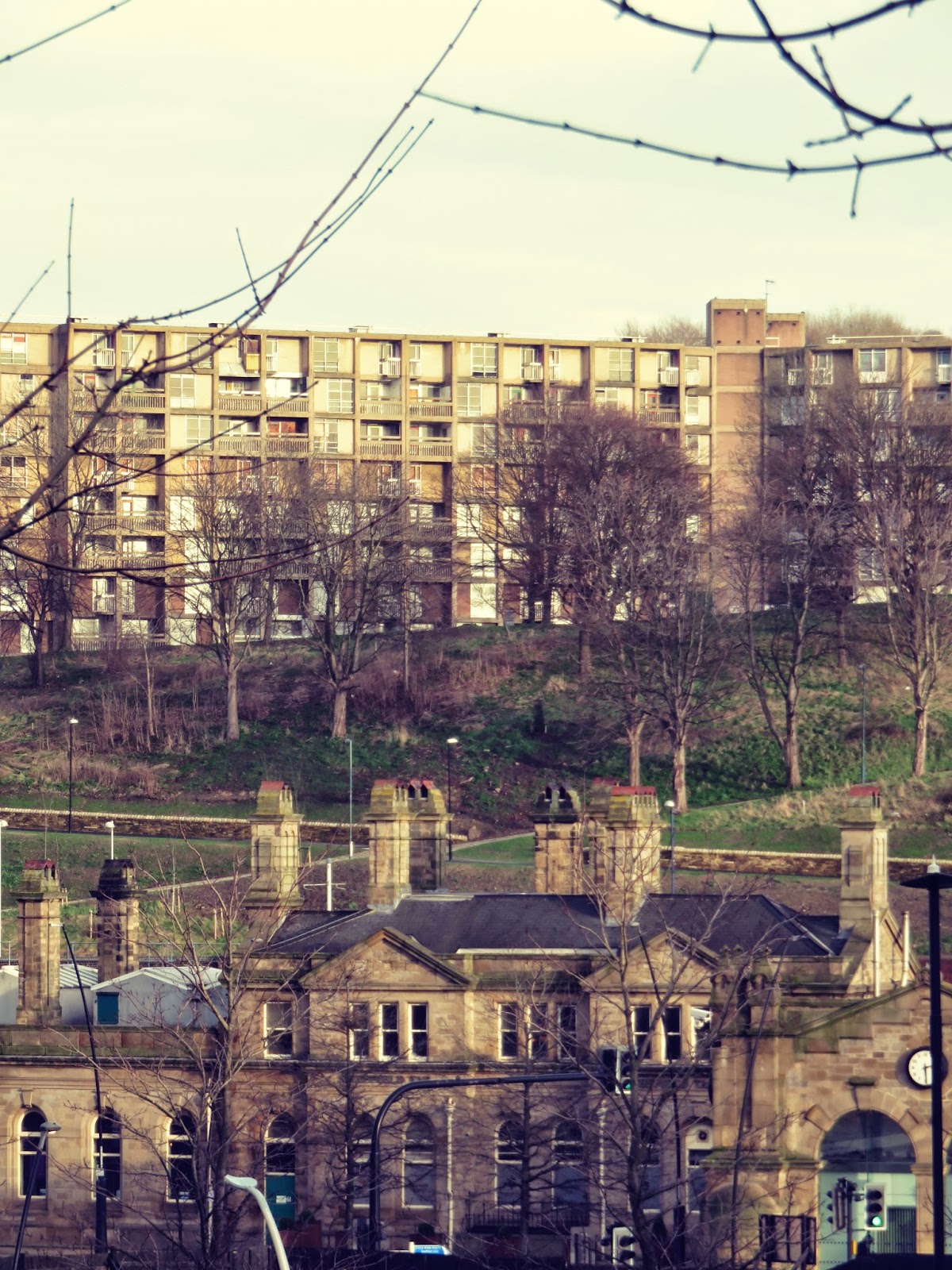 We had a great morning playing tourist in our own city.  We don't have a tourist office that sings it's praises, so you'll have to make do with me! x
Posted by Diane at Sunday, January 11, 2015

They should build you a TI office!
Mercury looks a bit cold up there on that building.
Lisa x

You are certainly a good tourist information officer for the city, Diane. I've loved all your photos and I'm intrigued by the little sculptures by the brick wall:)

Feel like I've had a day out....love the Abbey pics too!!x

A great tour. I haven't been to Sheffield for years, since I camr to visit student friends. I should come and check out the museums.