...we have several places on my doorstep that have been used as film locations. Our walk today took me past Tankersley Old Hall which as you can see is totally ruined and looks as if unfortunately it will never be restored. It lies on "Tankersley Moor" which is no longer an actual moor but apparently there was a battle here in 1643. The Hall is clearly visible from the M1 Motorway between Barnsley and Sheffield. 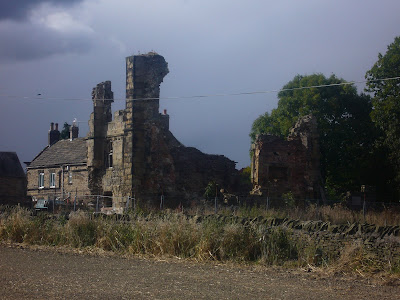 It is fenced off and you cannot get near it any more because of its derelict state, but you can clearly see some of the fireplaces still inside the building. It was built in Elizabethan times. Do you recognise the location? can you remember the film? 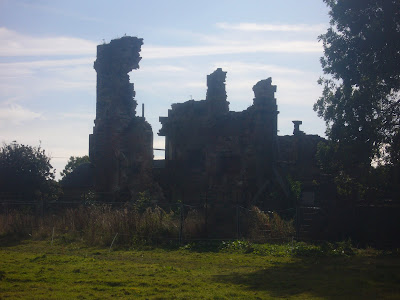 It was of course the building where Billy Casper found his Kestrel in "Kes" written by Barry Hines a truly brilliant film. The book was called " A Kestrel for a Knave" 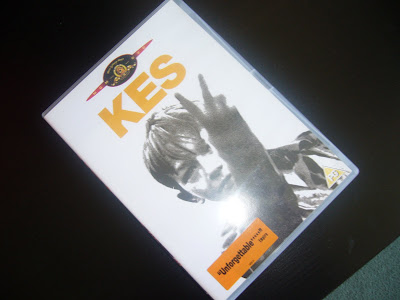 I was most impressed on my first day at comprehensive school in 1971 to discover that Barry Hines was my English teacher. However he left about 3 weeks later to pursue bigger and better things. Who could blame him! A Barnsley Comprehensive school in the early 70's was not the place to be!! Sadly I hear that he is suffering from Alzheimer's now.
Posted by Diane at Sunday, October 04, 2009

Diane! May I have your autograph??!

Have a good week. I've just posted but I'm taking a little blog break but I'm still around and will keep in touch!

Hi Diane, just wanted to say thanks so much for your kind comment on my blog, you're a very sweet lady xxxxxxxxx

Kes was a great film but I found it unbearable sad. What a pity you didn't get to spend more time with Barry Hines,, it is a claim to fame though.

Wouldn't it be brilliant to get under the fence and nearer the building to get great photos? ???
:O)

I have to admit to never seeing Kes and as it is sad to be so sad I doubt I ever will!
Lisa x

Kes is one of those films that I have seen once and will not watch again because even though it is a good film, it is so, so sad! I have to say I dont remember the Hall in the film but it is certainly a spooky location.
Susie

Hi Diane, you have some wonderful places to visit up there! Matthew read "Kes" as part of his English GCSE, I read it too. I then went out & bought the film, we loved it but it was sad. I'll show the photo to Matt, I wonder if he'll remember...

Sounds a fascinating place - I must find out about the battle. I remember seeing Kes years ago but had forgotten all about it. Glad you too like Richard Bell's Wild West Yorkshire site:)

Hi Diane, i read the book 'kes' at school as part of our English, i hated everything about school, but i remember that book! Years later i saw the film. Great pics x x x

What a shame that he left your class after only 3 weeks... but it's a claim to fame!! I bet the next teacher wasn't as exciting! cxx