As part of my ongoing 50th Birthday celebrations (I told you that they would last all year!!) my best friend took me for lunch to the home of celebrity florist Carl Wilde and his partner John. Carl and John have been opening their lovely home for a "restaurant in my living room" experience since Carl overspent on his lovely garden in 2003 and needed to recoup some of the costs!! Some of you may remember Carl from his appearances on "This Morning" . My friend is in the WI and so I tagged along with them. John greeted us with Warm Winter Pims, then Carl appeared (made an entrance!!) in his trade mark Vivian Westwood outfits. He has a stunning collection of Vivian Westwood clothing, and they do a day when you get to rifle through his collection. 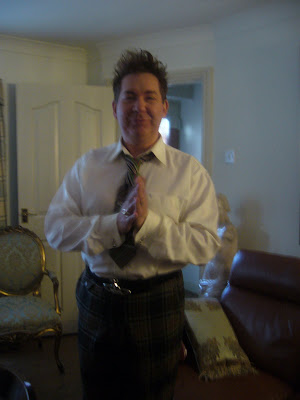 Their home is a fairly typical detached house on a normal little estate in Birstall - just south of Leeds, but you can tell straight away which is their home!! I didn't get a photo of the front door, but this too received a very similar treatment which I am going to try and copy. 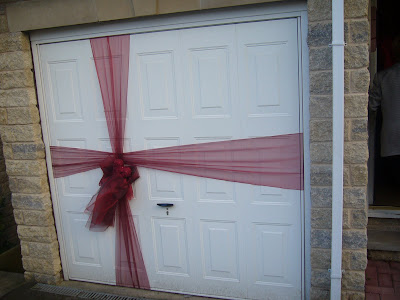 Inside the decorations were really lovely. 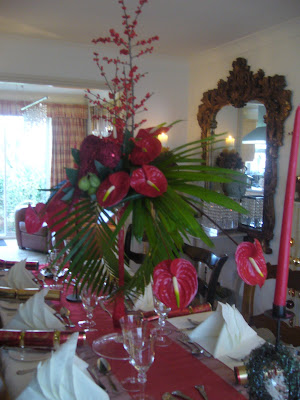 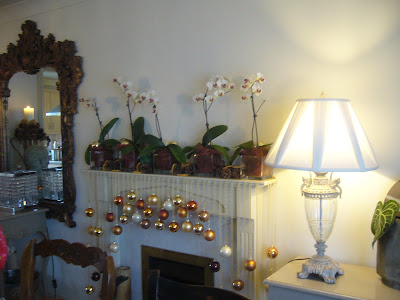 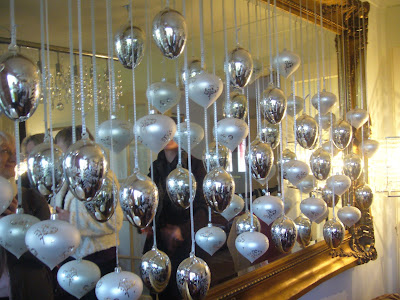 John does the cooking, and we had smoked haddock chowder, chicken Chasseur, Christmas pudding followed by mince pies and coffee. All really tasty and accompanied with copious amounts of red and white wine. Some ladies of the WI were very tipsy!!
We were allowed to wander on the terraces of Carl's very expensive terraced garden. I thought it was a great idea to put the tree outside, where it could still be seen through the patio doors, but where it made no mess and didn't take up room in the house. It looked lovely when it was lit. It was a great afternoon, and I can highly recommend the experience. 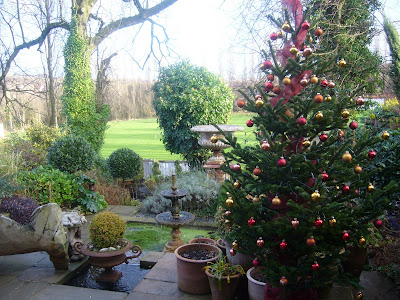 On Sunday, we ventured into the old Industrial heartland of Sheffield, to visit the Christmas Fair at Kelham Island. Kelham Island is now an Industrial museum housing some fascinating relics from when Sheffield was a manufacturing centre of excellence. The river Don was its power source, and as we walked to the museum, we noticed that it was flowing really fast - no wonder!!! 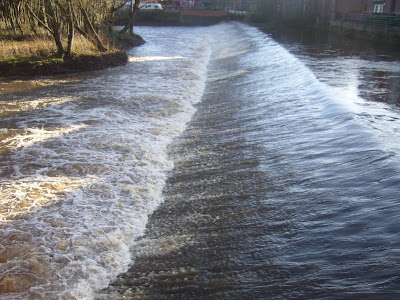 The old industrial units below the bridge are fairly derelict at the moment. 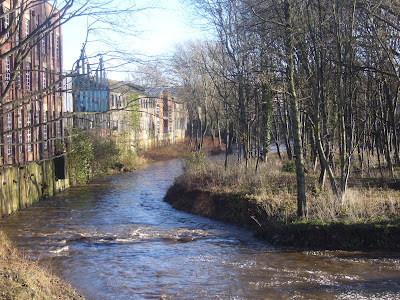 But to the north of the bridge, the lovely old buildings have been converted into stunning looking loft type apartments. 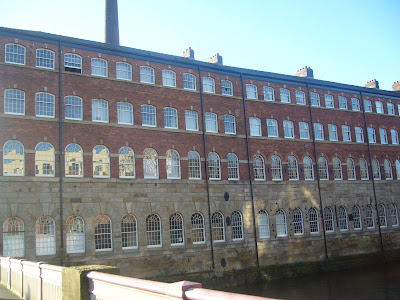 I love the little old houses in the middle . These too are now lived in. 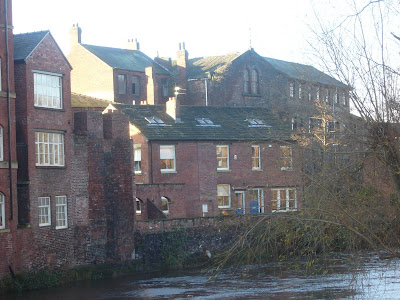 Its really sad to see all the old workplaces that once employed so many Sheffield people making high quality goods . I think that this old workplace is in danger of being pulled down. Its criminal really. A lot of these places were still manufacturing during my kids lifetime. I'm sure politicians and "greedy captains of industry" will one day realise that we shot ourselves in the foot by sending our manufacturing bases abroad. 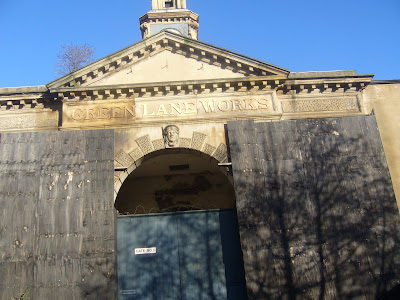 Kelham Island has only just reopened after being seriously flooded in 2007. The old buildings are lovely. 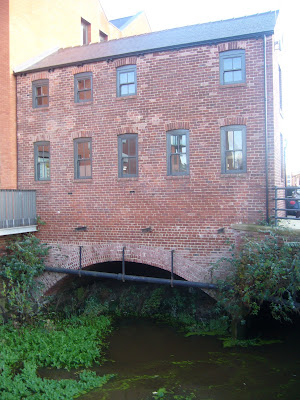 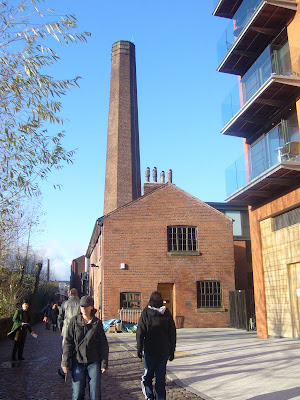 Here is the Bessemer Converter that they used to smelt the steel - I always think it looks as if it should be in "Star Wars". Its massive and I would have loved to have seen one in action. 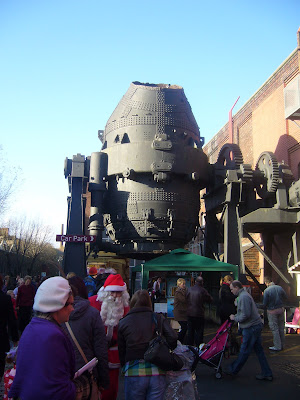 The old river Don engine is an amazing piece of kit. It is the most powerful engine of its kind in existence. They have it working sometimes. Ive heard it, and it is a bit noisy, and it feels like someone is pounding on your chest! 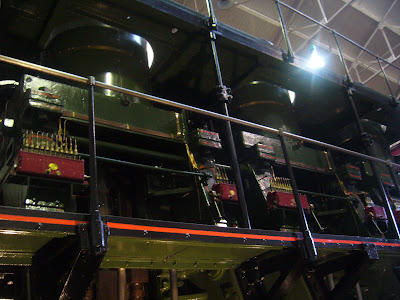 They have one of the surviving "Simplex" motor cars that was commissioned by Earl Fitzwilliam (of nearby Wentworth). I believe that there are only 2 or three of these left now. They attracted the rich and famous when they were made - it said on the info board that the Tsar of Russia had several!!! It was a great thrill to see this as I didn't know that they had one. 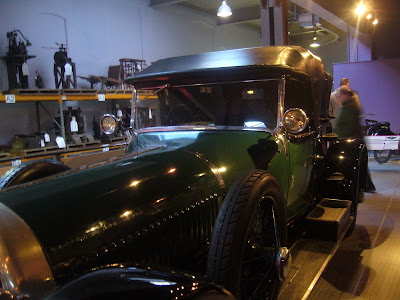 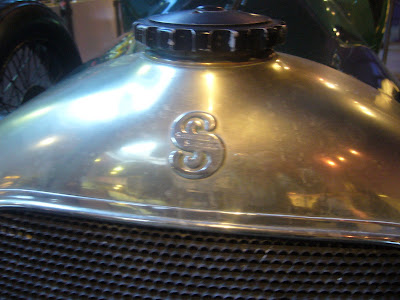 The WIP floor was fascinating with lots of objects waiting to be restored. 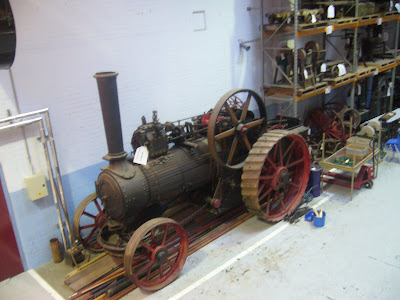 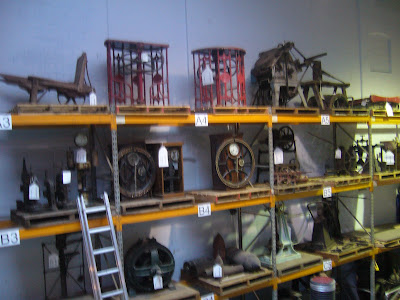 Interesting facts about what we have made in Sheffield - I worked for 10 years in the offices at "IZAL"!! It was owned by an American Pharmaceutical company when I worked for them, but we still sold the "greaseproof" type toilet rolls!!!!!!!!!! 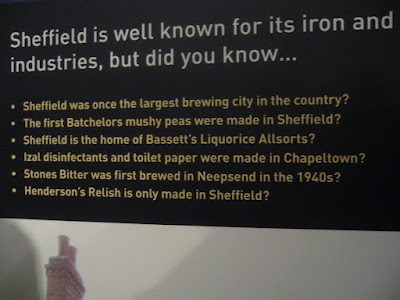 Another current feature of Kelham Island is that it is home to Kelham Island brewery - a fabulous little micro brewery - and the wonderful Fat Cat pub. The wording underneath the cat says "Ferociously Independent" and it truly is. 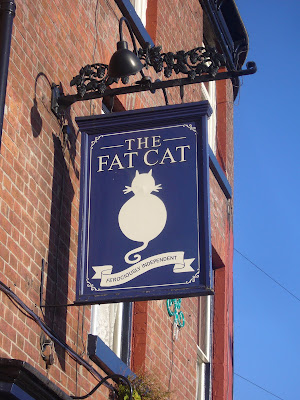 I think this pub is like a museum inside and outside. Its how "works"pubs used to be and I am so glad it seems to be not only surviving, but thriving! 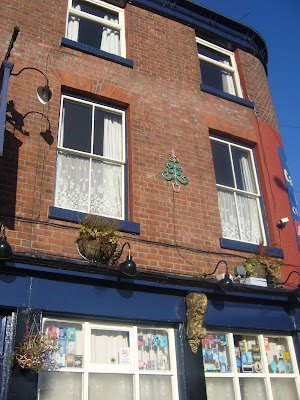 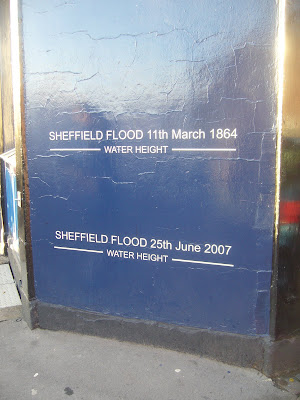 We finished off our day with a swift pint and a half in the Beer Garden. Hubby's pint was a Kelham Island Pale Rider, and mine was called "Chritmas Lights" and very nice it was too. 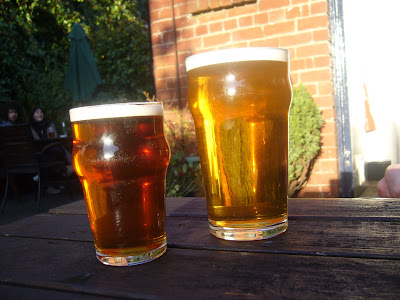 A brisk walk around some industrial heritage, lovely blue sky, and a half of real ale has put me in a great mood for the week ahead. Hope your weekend was lovely.

Now that seems to have been a gorgeous weekend! It is so lovely to take the opportunity to explore your own neighbourhood, I think that will be defenitely one of my New Year's resolutions.
Am intrigued by the Winter Pimm's, what is the recipe, is it as good as the summer one?
Staying on the booze theme, your husband's Christmas seems the perfect solution to me, just get the beers in!
Wish I was as organised as you are, Pressies in the January sales, now why did not I think of that. Another New Year's resolution.

What a great weekend, I do remember Carl Wilde, always outrageous but lovely floral displays, what a character! Beloved is always interested in finding new breweries, one to go on the list for a future visit!

Looks like you had a wonderful weekend. Thank you for sharing it with us. I especially loved hearing about the lunch at the beginning of your entry. Perfect!

Oh my, but I would have loved to have met Carl Wilde!!!! lucky, lucky you. The photos of Sheffield are stunning. My eyes fair watered at the memory of Izal toilet paper though...... ha! ha!

I answered Yes i do know Henderson's Relish is only made in Sheffield, cos you told us!
You do go to the loveliest places and really make the most of your weekends. I think you have a great outlook on life and a sense of adventure as you are always busy and that's a fabulous way to be.
And thank you for sharing it with us!
Lisa x
p.s LOVE the garage door photo, wonder if the front door could look as effective?

Wow, what a super weekend of wonderful activities you have had and each day so different. The 'open house' looks wonderful with all the flowers and decorations. I remember being taken to the Industrial Museum at Kelham Island on a coach trip when I was on the museum diploma course at Leicester Uni - many years ago now - the whole area looks so interesting - I think I need to visit again:)

What an amazing gift you had from your friend!!! I'm a murder..I killed my laptop last Saturday!

What an amazing weekend!

And you're still 'doing it for the region' showing us all that can be found in your surroundings!

It sounds like you had an excellent weekend. Thanks for sharing, I enjoyed my little peek at your interesting life!

What a great weekend you've had. Carl's house is gorgeously decorated with its tree in the garden and that garage door is amazing!
I love all the old mills and industrial buildings in Sheffield and it is a pitty they are not still running as they used to.

What a fun weekend. Isn't it great to let your birthday celebrations stretch out for as long as you can!

How inspirational to spend time with Carl, I can hear his lovely accent now. Your post makes me want to upgrade all my Christmas decorations.

I remember Carl. You don't see him on TV now do you? What a lovely experience.

You live in such an interesting area. Essex is just not as exciting!

Haven't been to Kelham Island for years, went as a parent helper on a school trip and really enjoyed it. I always mean to go to the Christmas Fair and always forget!