...I wandered through the Winter Gardens admiring the festive flowers... 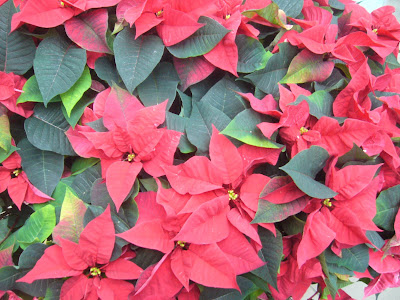 The Clematis water feature made from Sheffield Steel....... 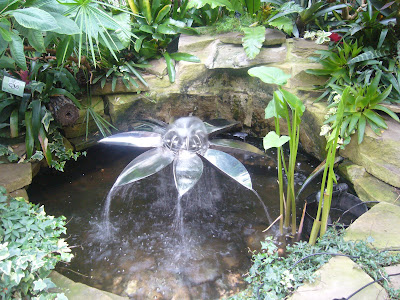 and joined in with the heavenly singing of the carol singers. 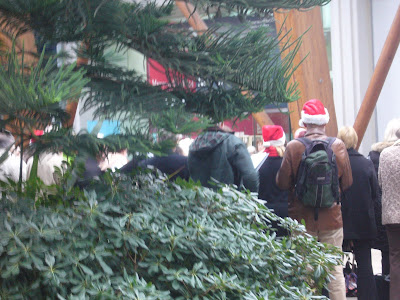 I wandered into the Peace gardens and watched the dancing fountains for a while. 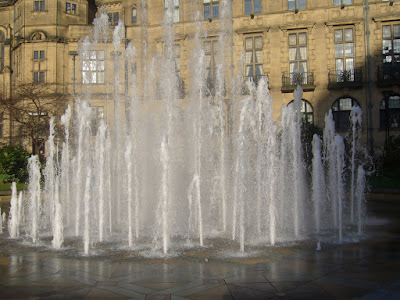 The Town Hall is very typical of many opulent northern Victorian Town Halls. 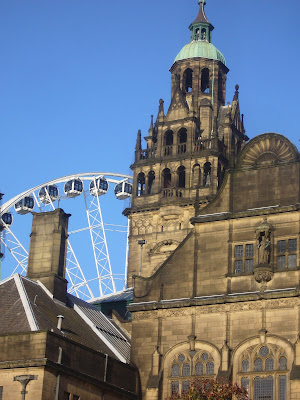 As I walked past, I noticed the doors were open, so I sneaked in. Ive never been in before. Apparently it was only open for a private function, but before he turned me back out onto the street, the security guard let me take a couple of photos. He told me that they do tours in August, so I'll have to watch out for these. 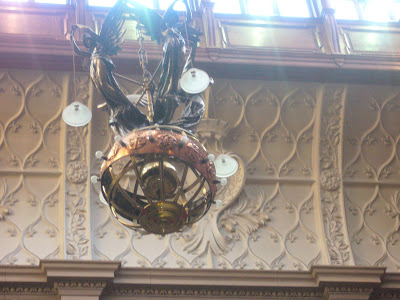 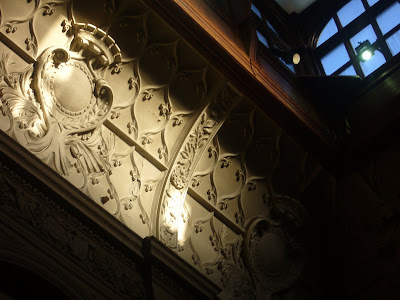 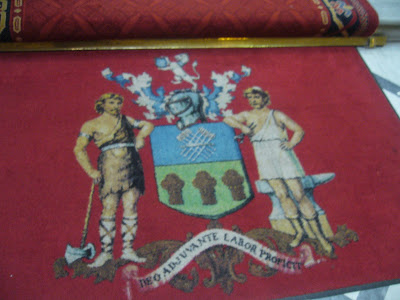 I always catch my tram home from outside the Cathedral, so I decided to spend 20 minutes wandering around in here too. The Cathedral building is half old, 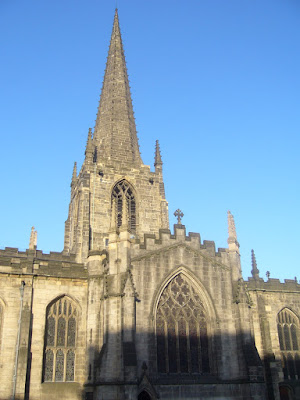 and half new. I always believed that this was because it was bombed in the war, but on researching my facts found that this was not the case. You can read why here. 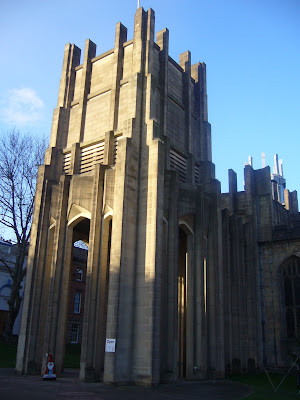 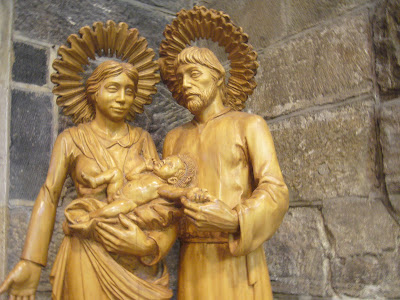 and the beautiful and very effective light from the roof of the newer tower. 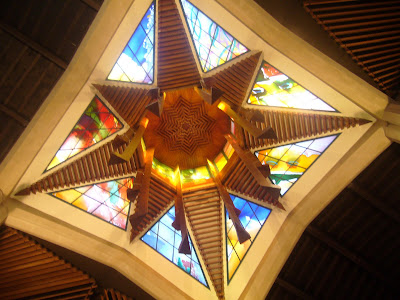 Once home, I put up my tree and started making the house look a lot more festive. Ive tried to copy Carl Wilde's front door decoration. Its similar, but no where near as good. My daughter thinks it looks cool though, and a bit different from our usual run of the mill garland. 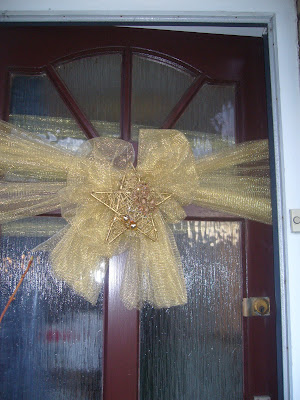 A very festive tour, thanks. Your front door looks amazing, I'm very impressed and I think Carl would be too.

Glad you're enjoying the Christmas atmosphere..today I went shopping and people hurted my shoulders every now and then...I had to run home because I was too much nervous! Love your front door's decoration! So cool..as my sister said!

Oooh! I was in Sheffield yesterday afternoon, being very naughty in Coles..... It was late afternoon & the big wheel was lit up, it looked beautiful in the dark, but my feet remained firmly on the floor....

Lucky you, getting a sneeky peek! & the front door looks lovely.

Your front door looks really good!
A great way to spend the day, so much better than headless chiclen dashing that so many others must have been doing.

What an idylic, festive day, I've loved travelling through it with you. Great photos and how wonderful to return home on a tram to put up your tree:)

Love your front door decoration, it's really unusual. I haven't been in the Winter Gardens since they first opened, it never occurs to me but it's obviously improved a lot since the beginning when it looked rather sparse and cold. Must take a detour next time I'm in the city.
Maybe we should have a joint expedition to Lichfield in the spring!

I have got to get going with Christmas decorations today - or it will be the New Year!

I do like your photographs! they wouldnt be out of place in a good tourist book, very contemporary and arty! Glad you had such a nice afternoon, your door decoration is wonderfully unusual, I love it!

I know where the peace gardens is - I've been there! Went in August bank holiday and spent ages laughing at the kids playing in them and wishing that I would join them!

Love your front door - way better than a normal wreath!

Beautiful, Diane. Thanks for the tour of Sheffield. Loved your photos!

Just wanted to say thanks for your sweet comment on my blog - it lifted my spirits a little! :)I'd like to go with your idea of 2 weeks wallow time but I'm such an emotional thing it may take a little longer...though I'm trying! Accepted I need to move on...it is just dealing with the things I miss and the habit of talking to him everyday etc.

Hello Diane! Thanks for visiting my blog. I just had a quick skim through your more recent entries but will be back when I have more time for a really good read! Love the lego nativity scene with Yoda as baby Jesus!
Have a great Christmas! Lynda :o)