I recently received an invite to visit the Cutlers Hall in Sheffield to visit "Chocolate Heaven". I managed to get the Dancing Queen on the invite list too. I had never been inside the Cutlers Hall and so was very excited. It looks fairly impressive from the outside, but as this is smack in the middle of the city, you could easily walk past it and not notice it. 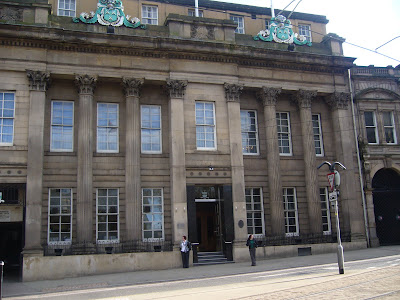 The staircase is beautiful - very grand. We had a bit of a tour of the building and our guide told us that it was a replica of a staircase in Buckingham Palace. 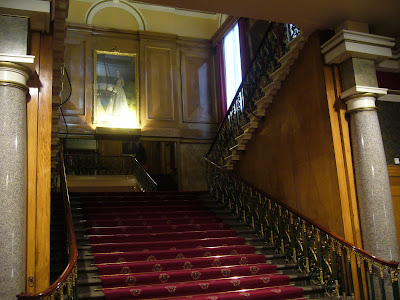 I was totally amazed at the size and spectacular rooms inside. There are also displays of some of the most impressive silverware and fantastic cutlery - all made in Sheffield. I wish that it was on public display - its such a shame that so few people get to see it. 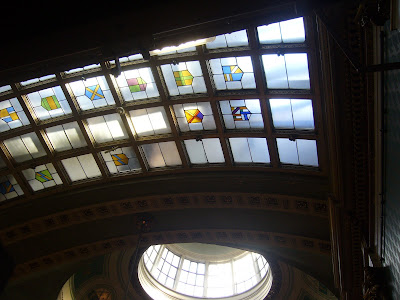 The main hall is simply stunning. 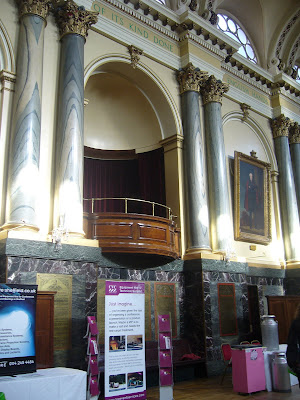 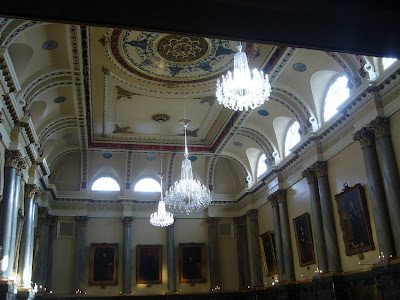 The ceilings and cornices are really decorative. 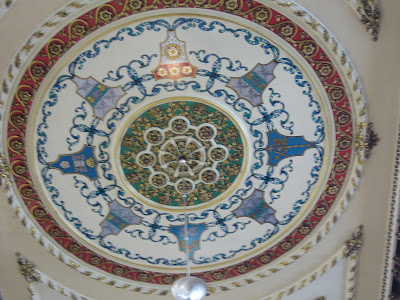 I couldn't get great photos of the chandeliers, but they too were out of this world. One of them was copied for the film "Titanic". 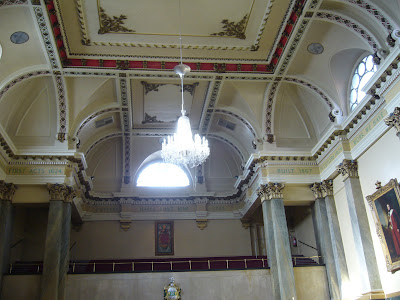 It really is the greatest building. Rooms can be hired for weddings and functions, and they still have the inauguration of the Master Cutler here - a very grand occasion by all accounts. 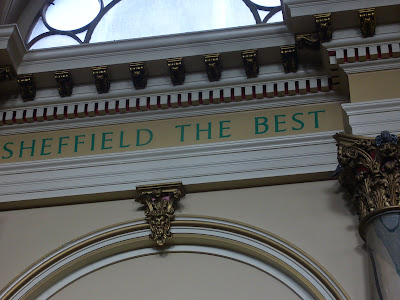 So what about the chocolate? Exhibitors had been invited to tempt us with their wares. On arrival, we received a goody bag with Green & Blacks chocolate in it.

And then there were the Chocolate Fountains - where you could dive in with marshmallows, strawberries and fudge!! and so we did - several times! 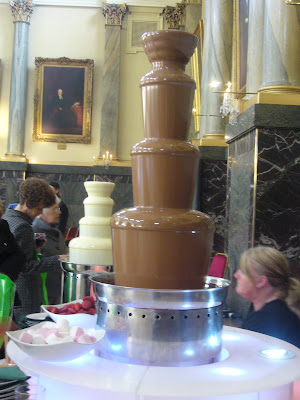 Cupcakes were courtesy of "Fancie" who were advertising their new shop which has opened in the city centre. 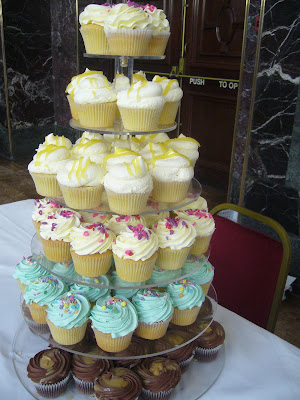 I love the Heart shaped sprinkles! 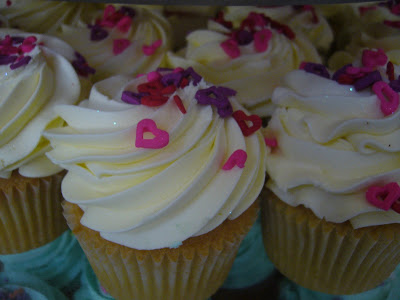 There were also chocolate eggs to decorate, a display by a chocolatier who was making chocolate spoons, truffles etc - all of which were sampled!! We also sampled the wares of the Fudge maker - Irish coffee was my fave.

We also tasted ice cream by a local farm - Our Cow Molly. My favourite flavour was the "dairy" (plain) ice cream - not vanilla. Its just the taste of fresh cream and milk - totally delicious. 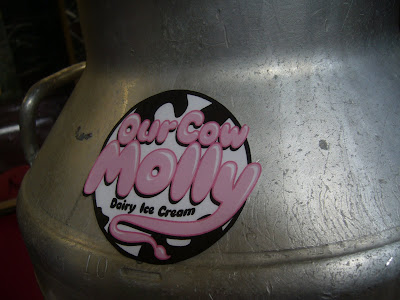 We couldn't believe how sick we felt as we made our way home on the tram!!!!

Oh lucky you. I think I saw the hall on an episode of Antiques roadshow and it was amazing indeed

Oh my! The chocolate fountains look heavenly! I told you that you would have got sick!!!!!
xxxxx

Oh wow, chocolate heaven looks amazing! I wish I could go... cupcakes too! :-)

Oh those cupcakes look devine. I just want a spoon to eat the icing with. If only I lived nearer!

The interior of that building is something else!!!! WOW!

I would have loved to have tried the plain icecream, we have become so used to vanilla, haven't we?

The cupcakes. Oh my god the cupcakes. They look too. good. The image is now imprinted on my brain and I don't think it's going to go away for the rest of the day.

How fantastic to be able to taste all those wonderful things, don't know whether I'm sorry I missed it or glad that I didn't have to face the temptation and the extra pounds I would have put on! I've been to one or two dinner dances at the Cutlers many years ago and it is a splendid inside.

What a fantastic place.
I'm now wishing my cupcakes looked that good. Scrum-diddly-umptious!

HI
Glad you enjoyed your trip to Sheffield, I live there and the Cutlers Hall really is a beautiful building but like you said, it's a shame more people don't see it.

you lucky, um, person! (Didn't want to be rude on your blog!)

That building is great. As you say such a shame these places are not open for the public in general. The chocolate sounds scrummy...but those cup cakes...ooh I'll put the kettle on now!

You always seem to end up at the most exciting venues Diane, my mouth has been watering at all the splendid architecture and all the sweet treats - did you get to try a cupcake? (I once had one of theirs from the Sharrowvale Rd shop and it was gorgeous but I felt strangely sickly for an hour or so after). Worth it though, tasted delicious!

Glad you enjoyed yourself, looks like a great trip!

oh my goodness what a fab outing you lucky thing.

I take it you're not a weight watcher then?!

Love the Hall, particularly the ceiling and the flags on the glass. x

And the Hall is pretty amazing, too! Those Victorians did love their grandeur and showing off their wealth, didn't they? No hiding under a bushell for them! Manchester Town Hall is similarly grand, no-expense-spared too.

Did you manage to eat a cup-cake without getting cream all over your face??

my mouth is watering, just looking at those cupcakes. Love the pics! Looks like you had a grand time. :)

Looks like a beautiful place in which to enjoy all those goodies, especially those cupcakes! Yum!

Those cupcakes look devine. What an impressive building.

Chocolate, fudge, cupcakes.It's enough to make a girl swoon!
Wouldn't it be great to make a grand entrance down that stairs in swishing skirts?
Lisa x

Sorry i know this is weird but i don't like chocolate or icecream come to that!!!! Sounds like you had a great time , the building looks fab, the staircase is a bit like mine....not !!!