I was lucky enough this week to visit "The Festival of the Mind" exhibition in Sheffield - a collaboration between the University and artists and held in the now disused old Brightside and Carbrook Co-Op building in the city centre. 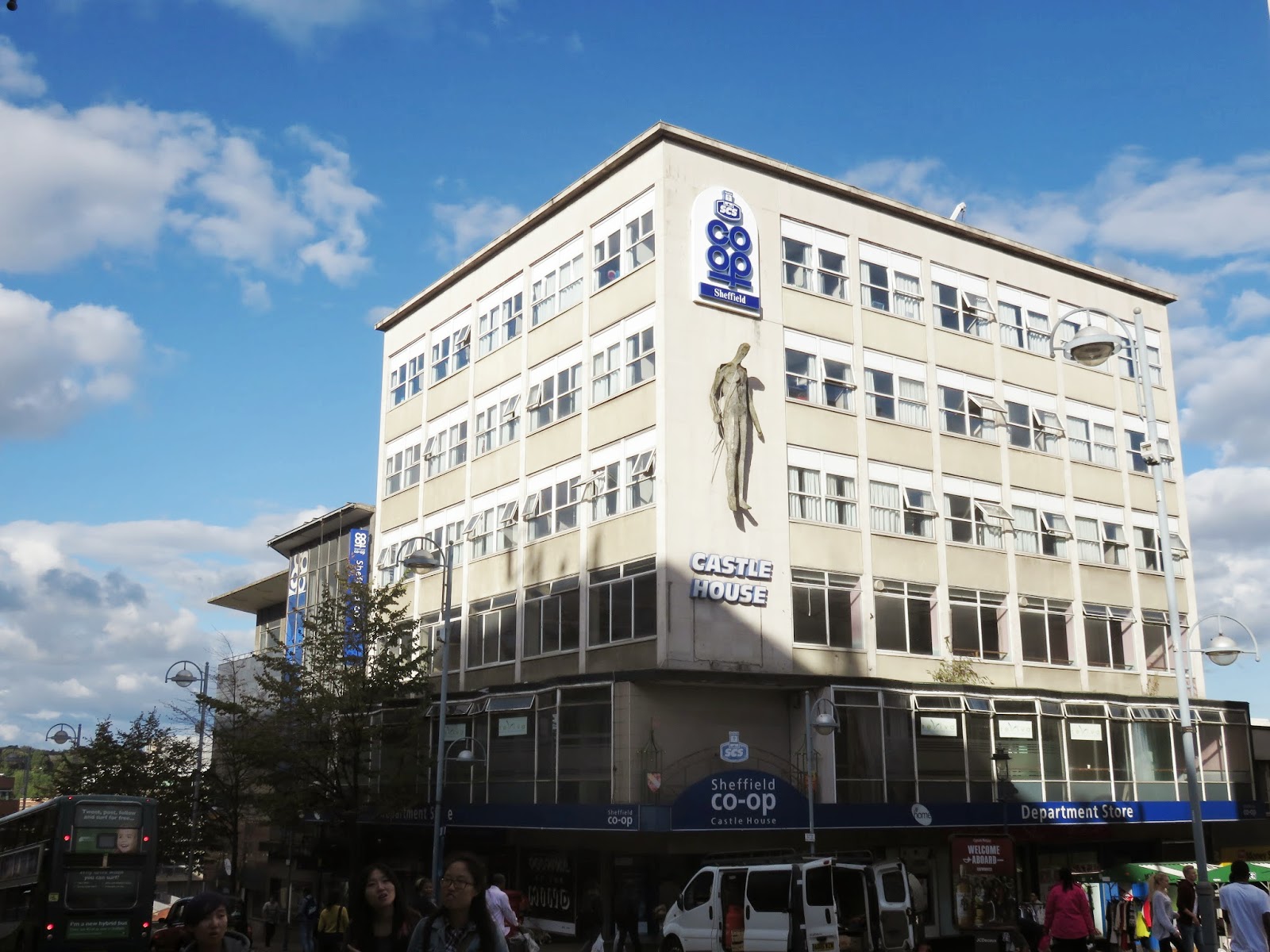 The building hasn't been used for some time, and the owners still do not have a definite plan for its future use, but they are developers that have bought and converted big retail units in the North of England before so I hope that they manage to think of something spectacular for this huge building which has a special place in the heart of Sheffielders. 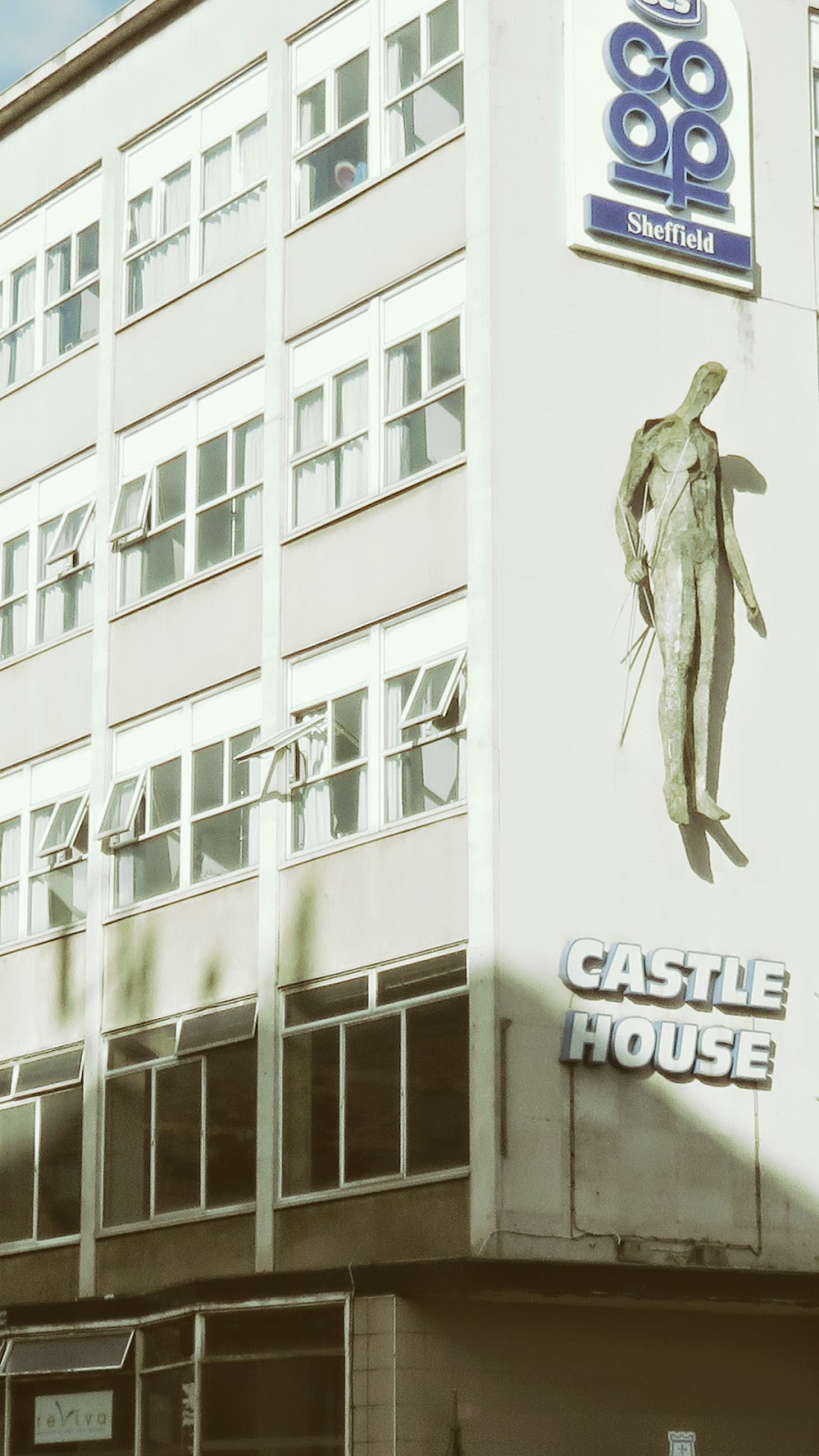 I love the statue of Vulcan on the outside - a symbol of Sheffield.  Very iconic I think. 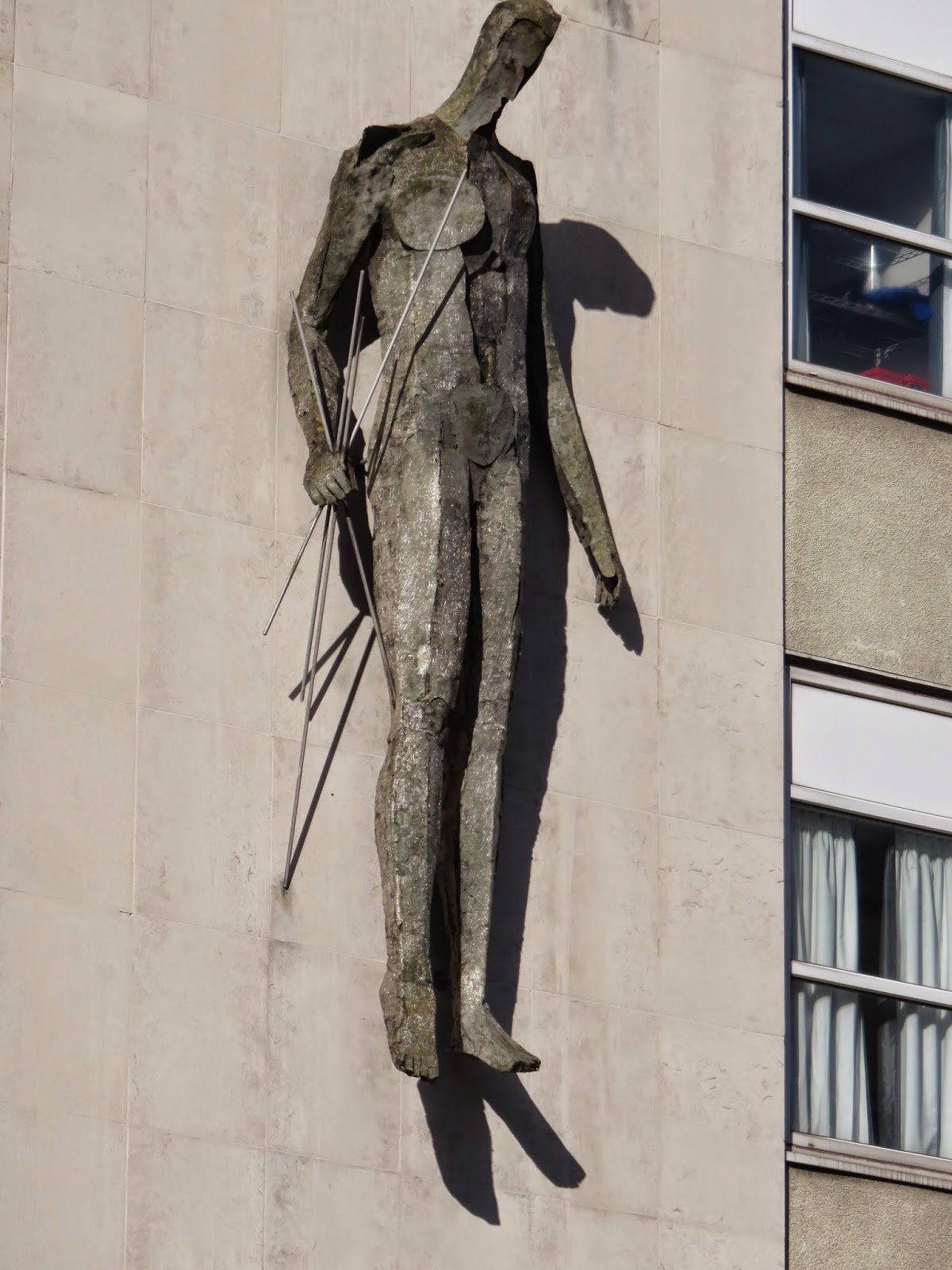 The building was finally opened in 1964 and was built using some pretty fine materials.  It currently has a grade 2 listing.  It is a fine example of 1960's architecture. 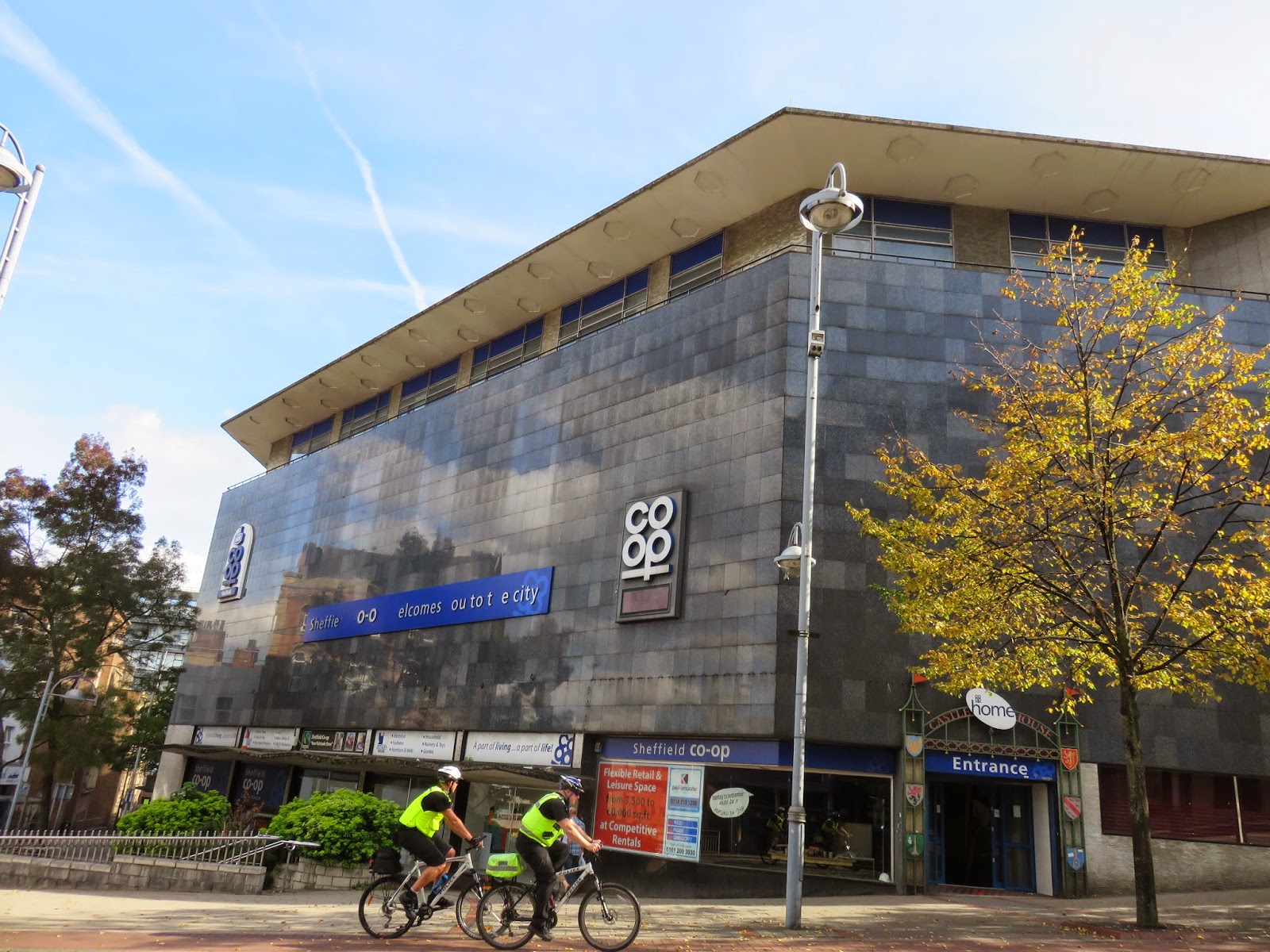 There are no escalators in the building but it has many sculptural staircases.  You can see on all the staircases that an extra rail was added at a later date as they deemed the original height of the rails were to low once they were in use. 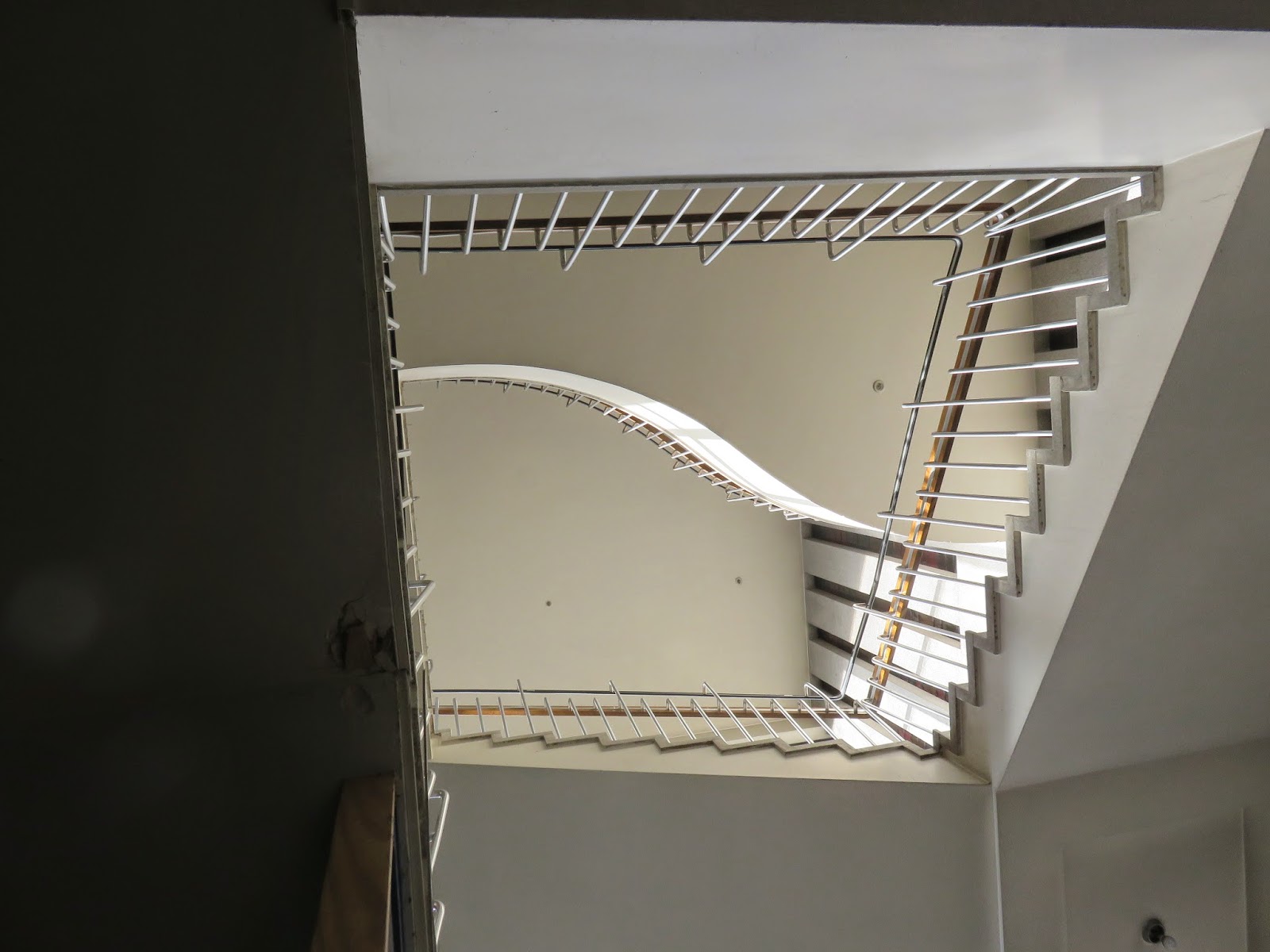 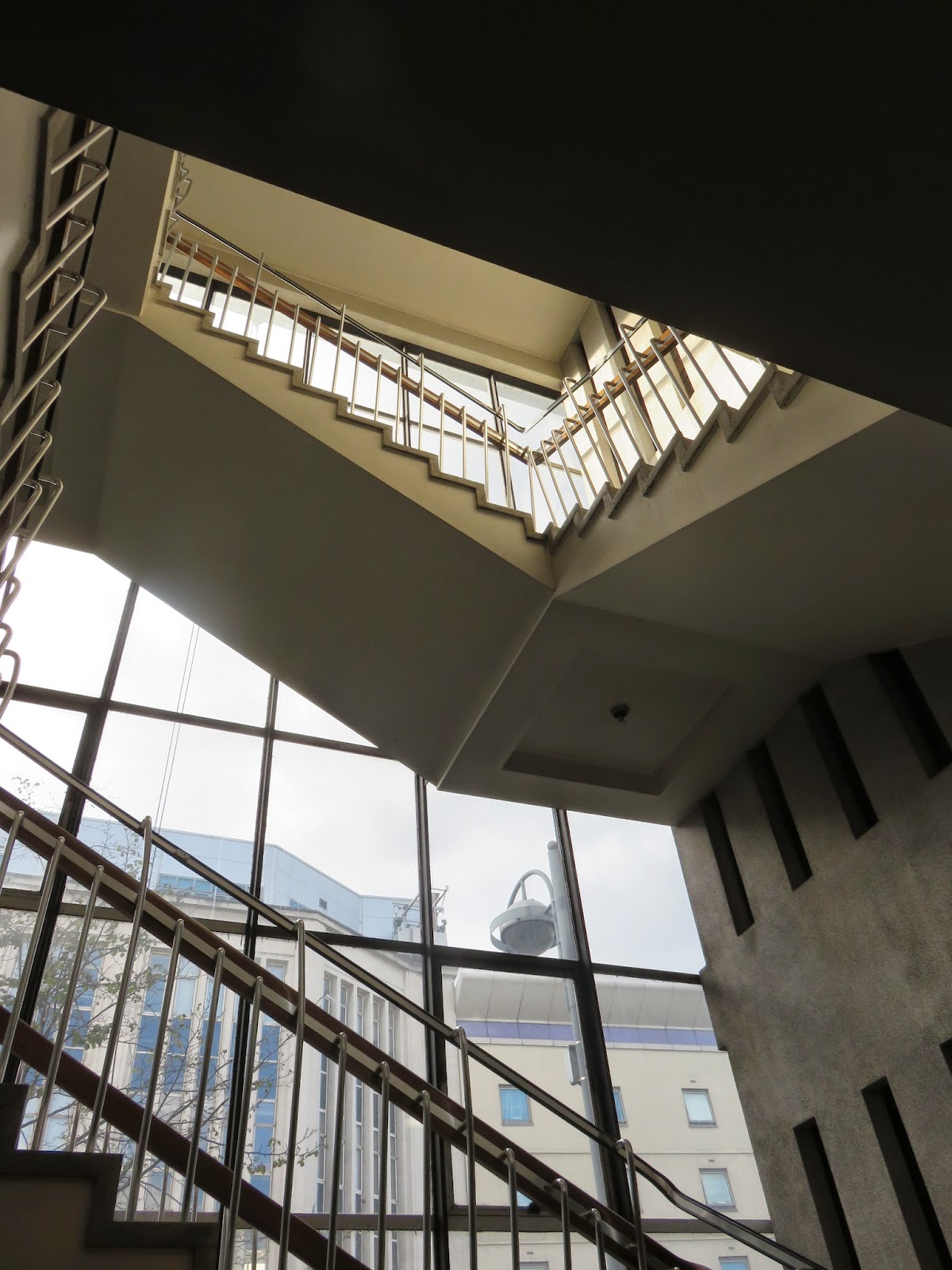 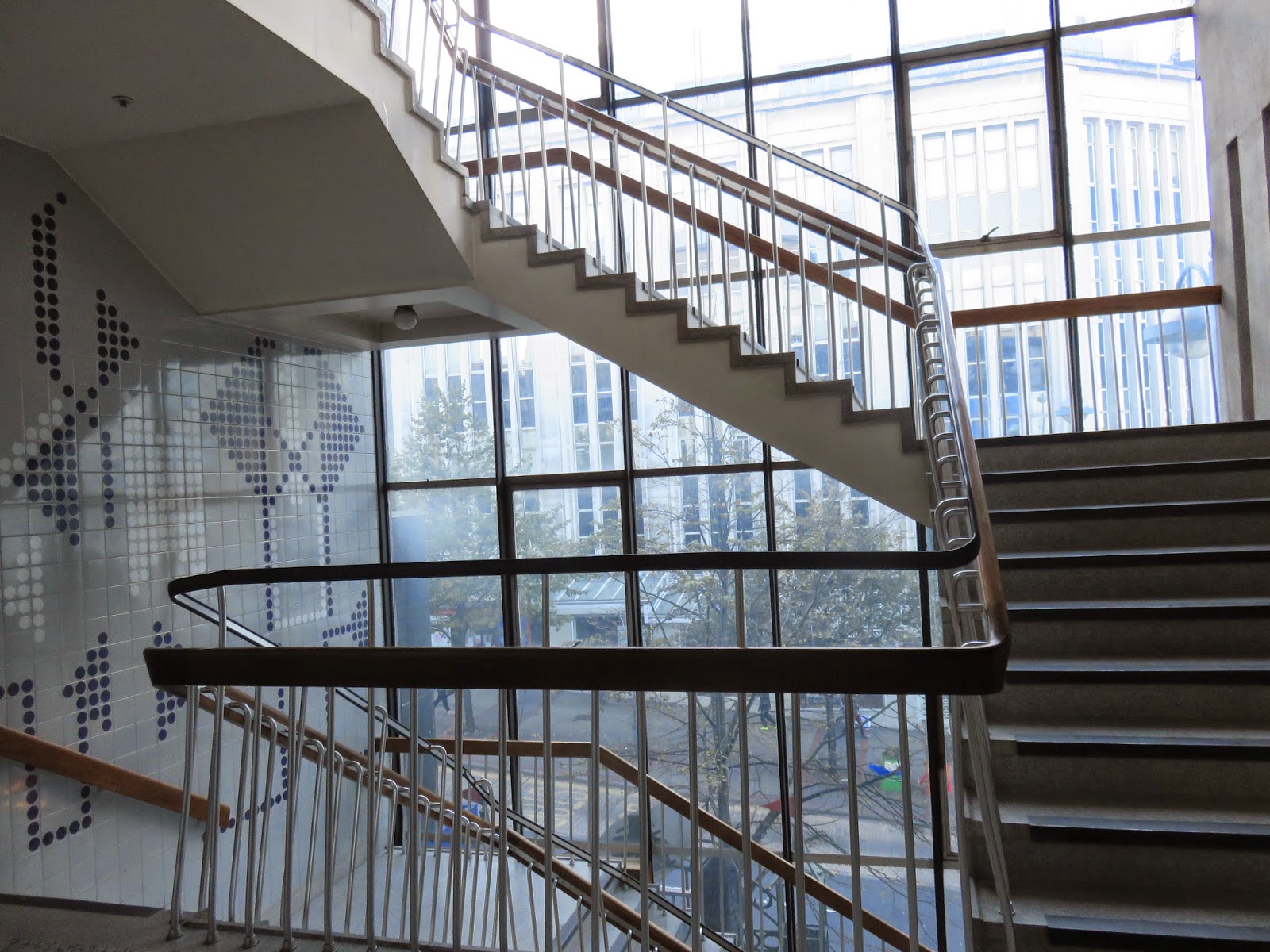 The central staircase throughout the store is very iconic and was feared by many a young child in the 1960's.  It is very spectacular still. 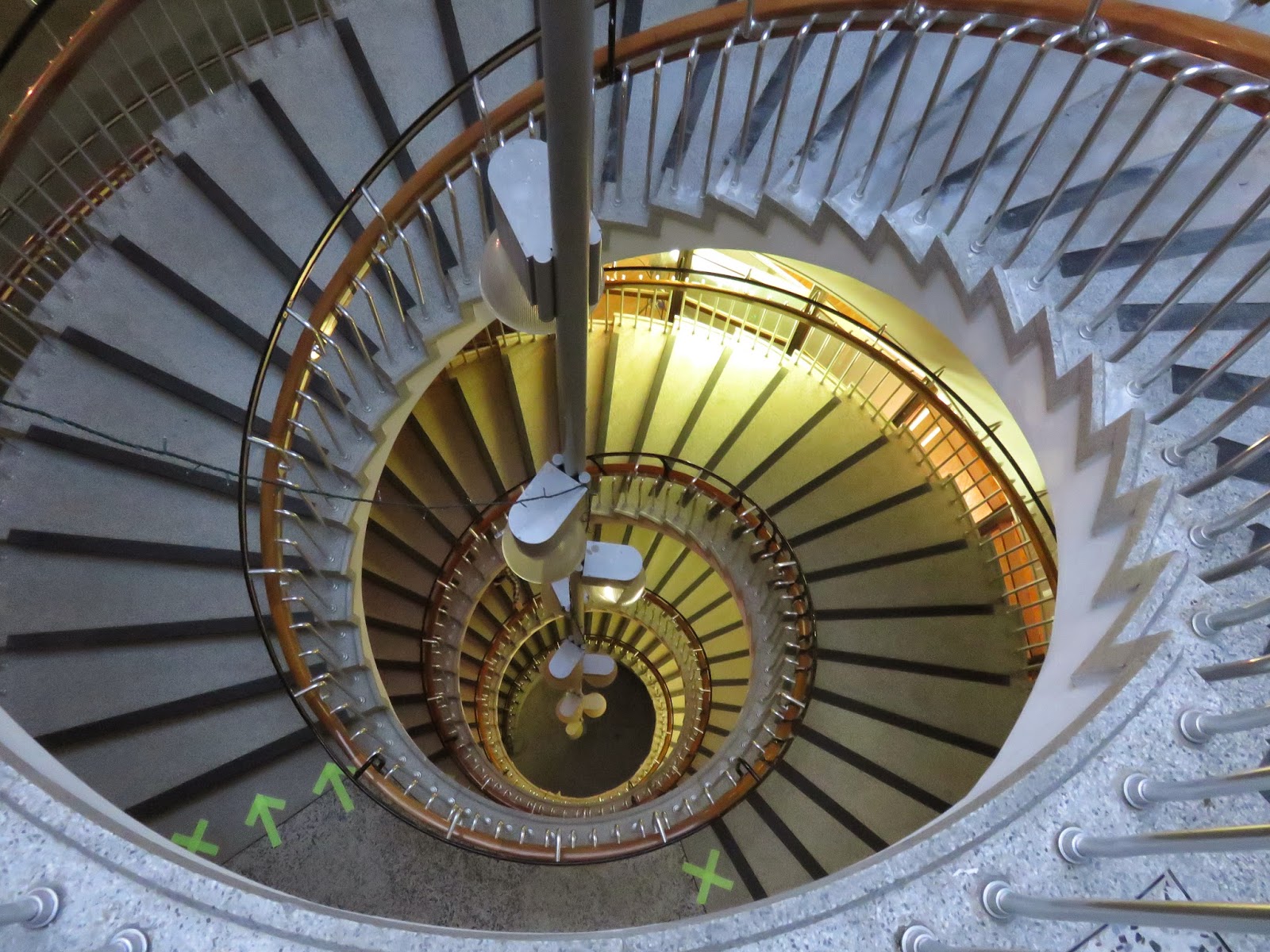 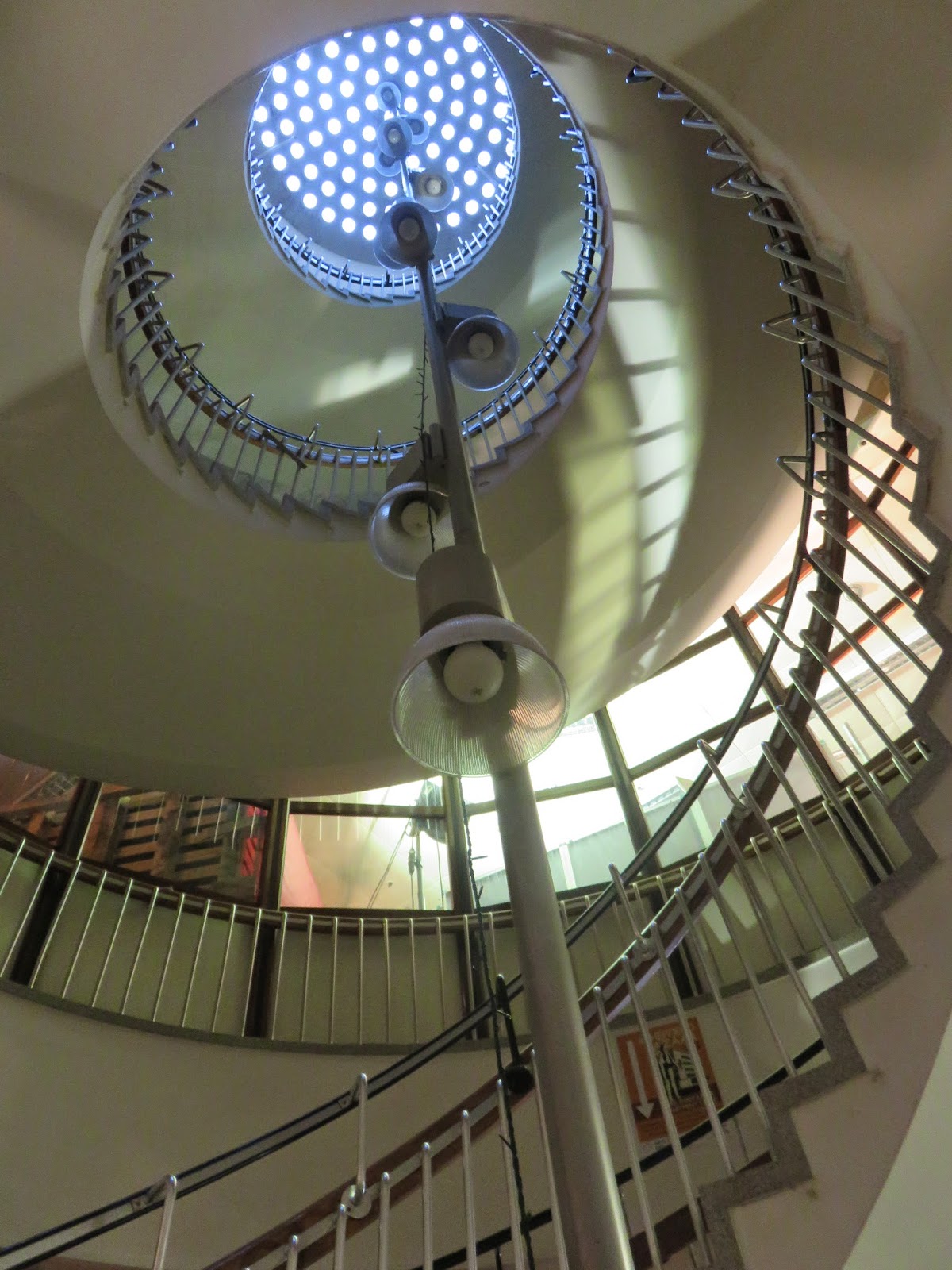 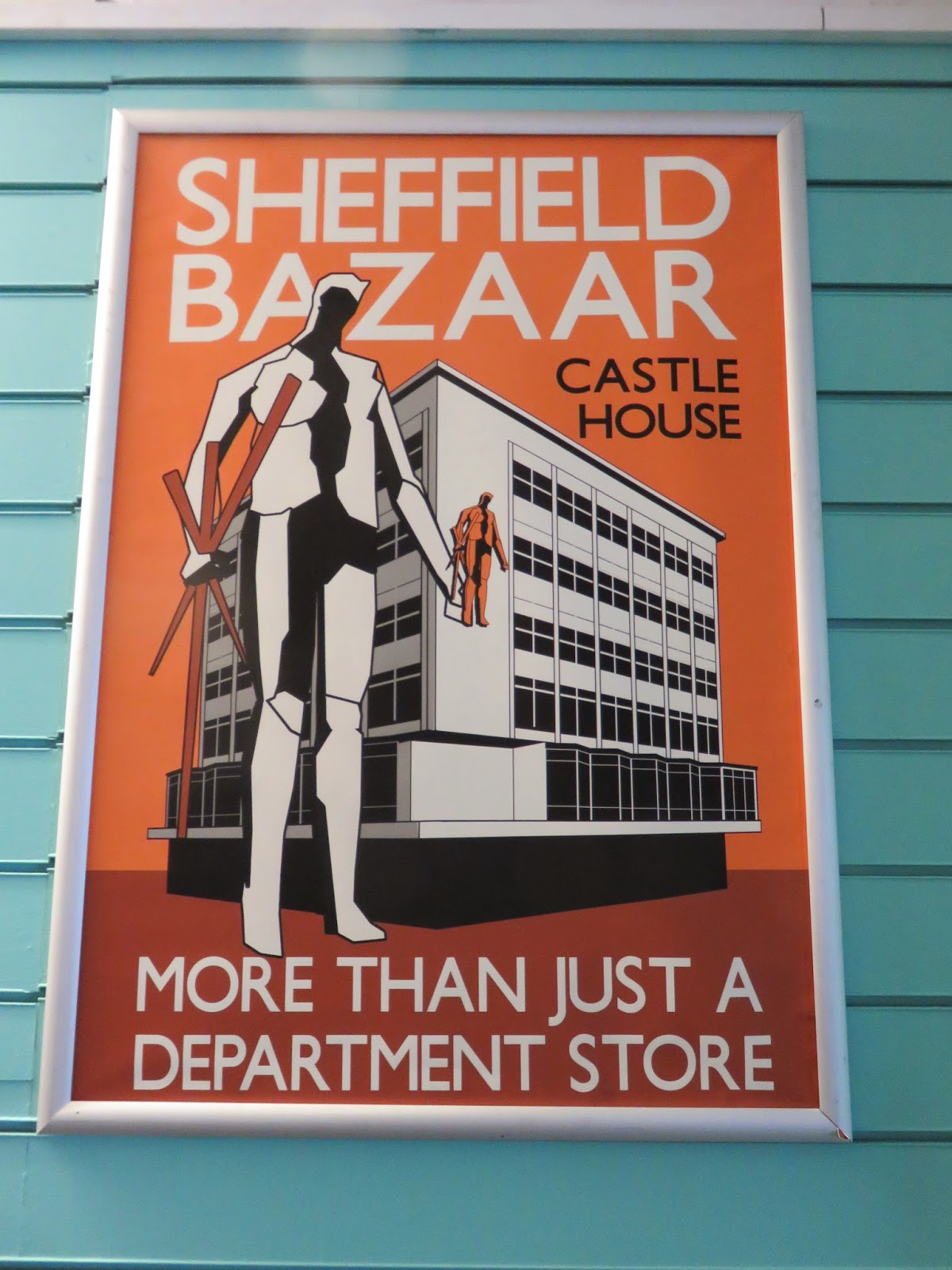 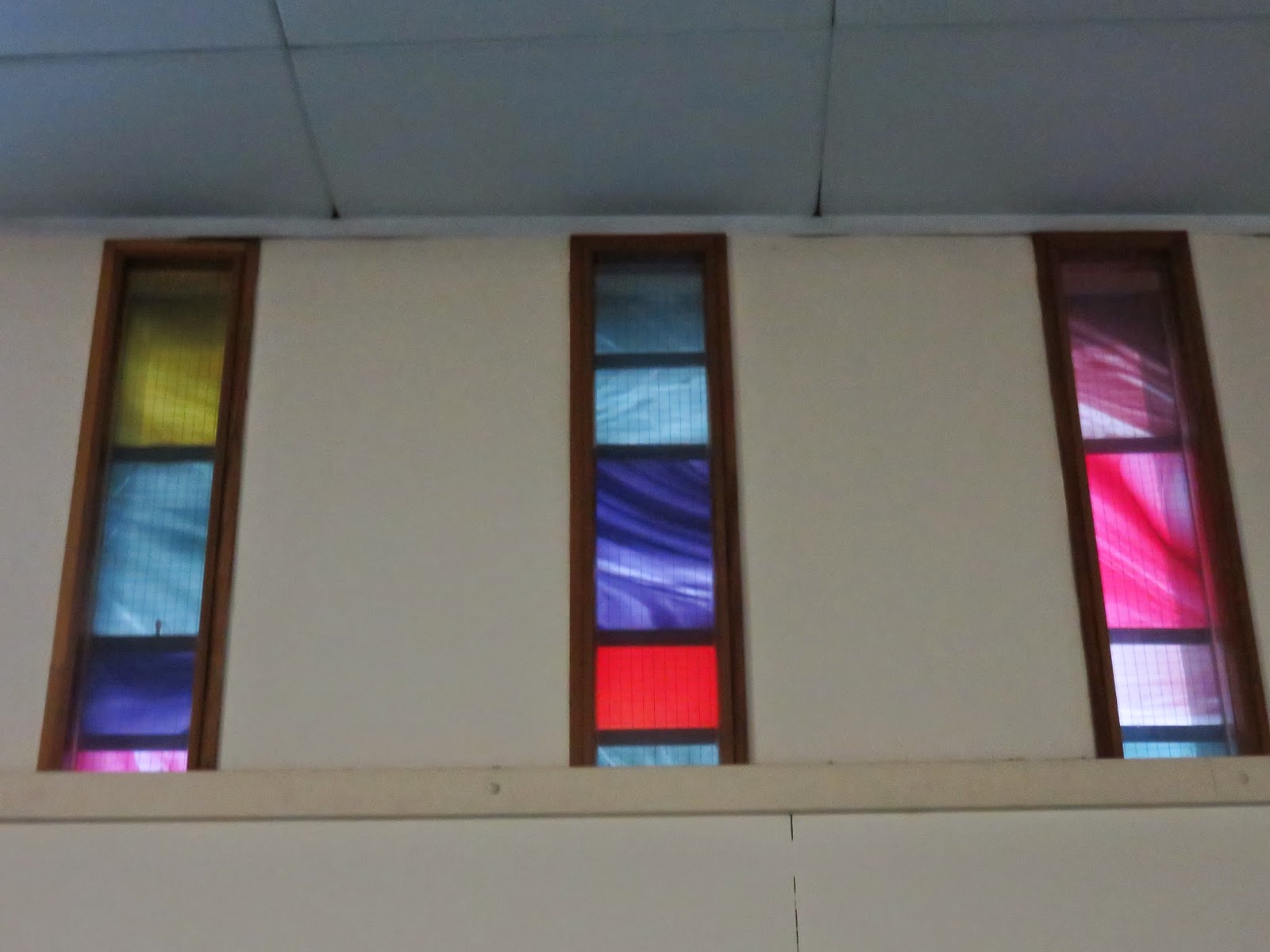 I loved the Chicken and Fish sculpture outside of the rooftop restaurant. 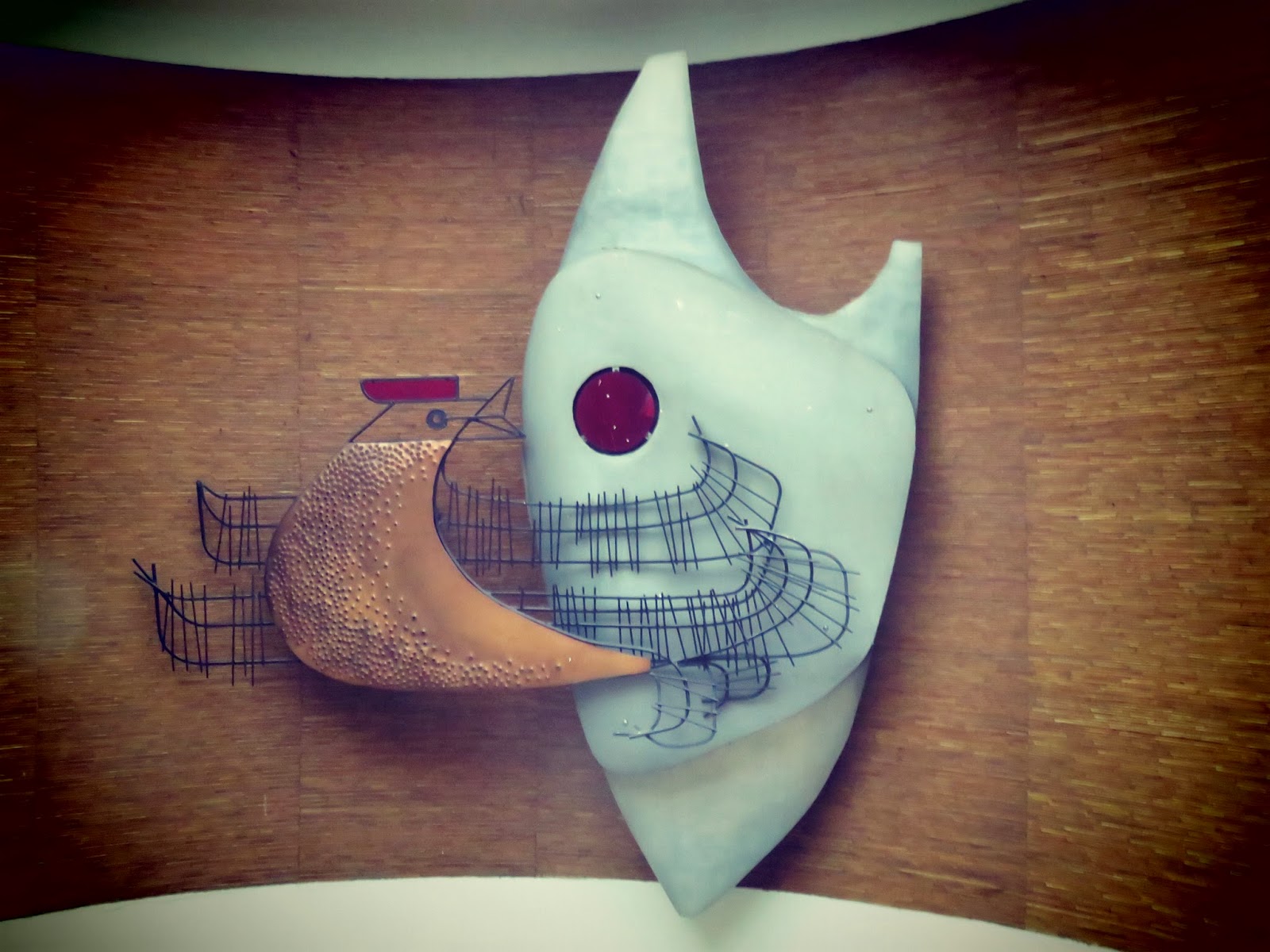 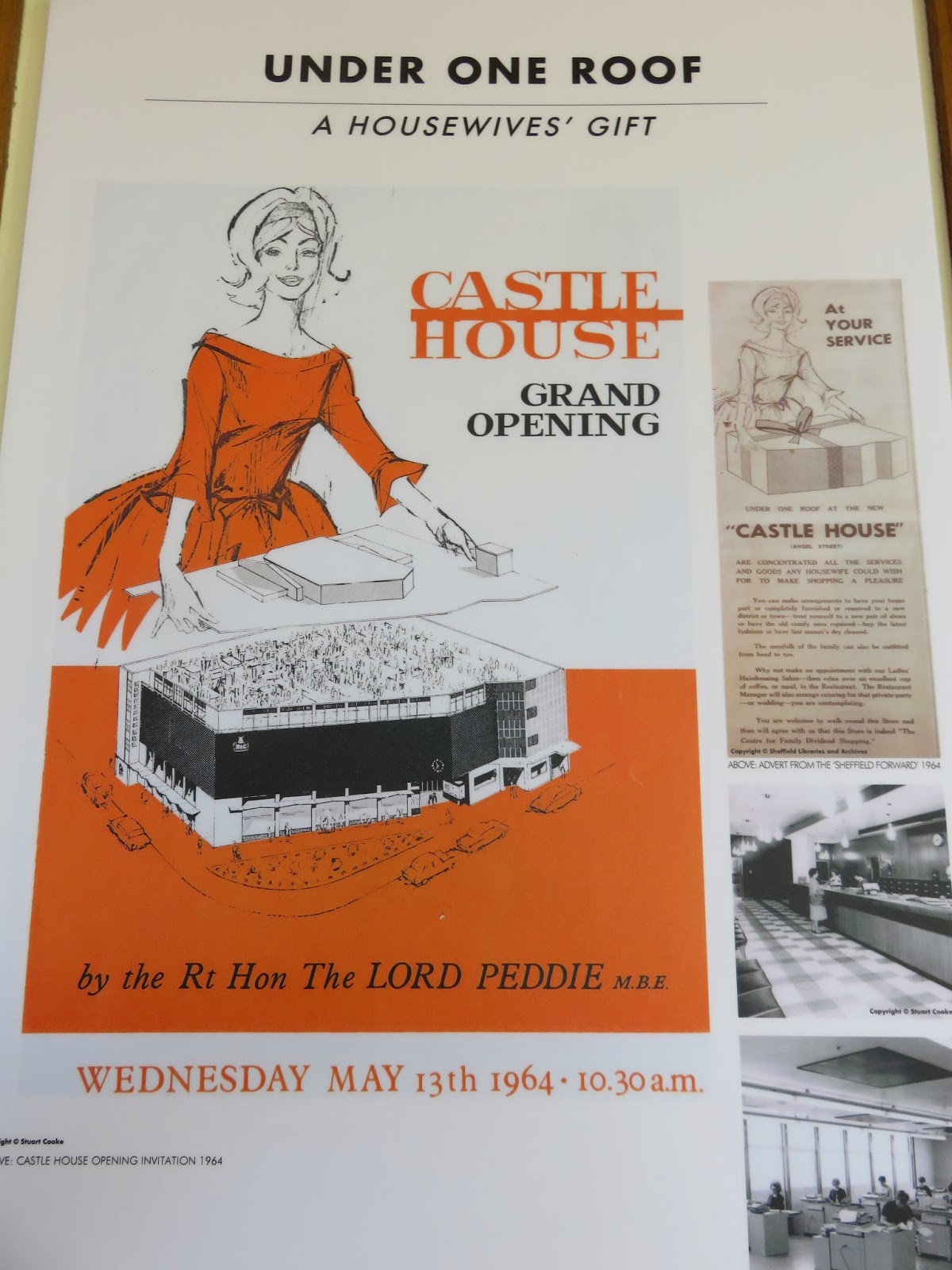 The original co-op suffered a direct hit in the Sheffield Blitz - it really was gutted. 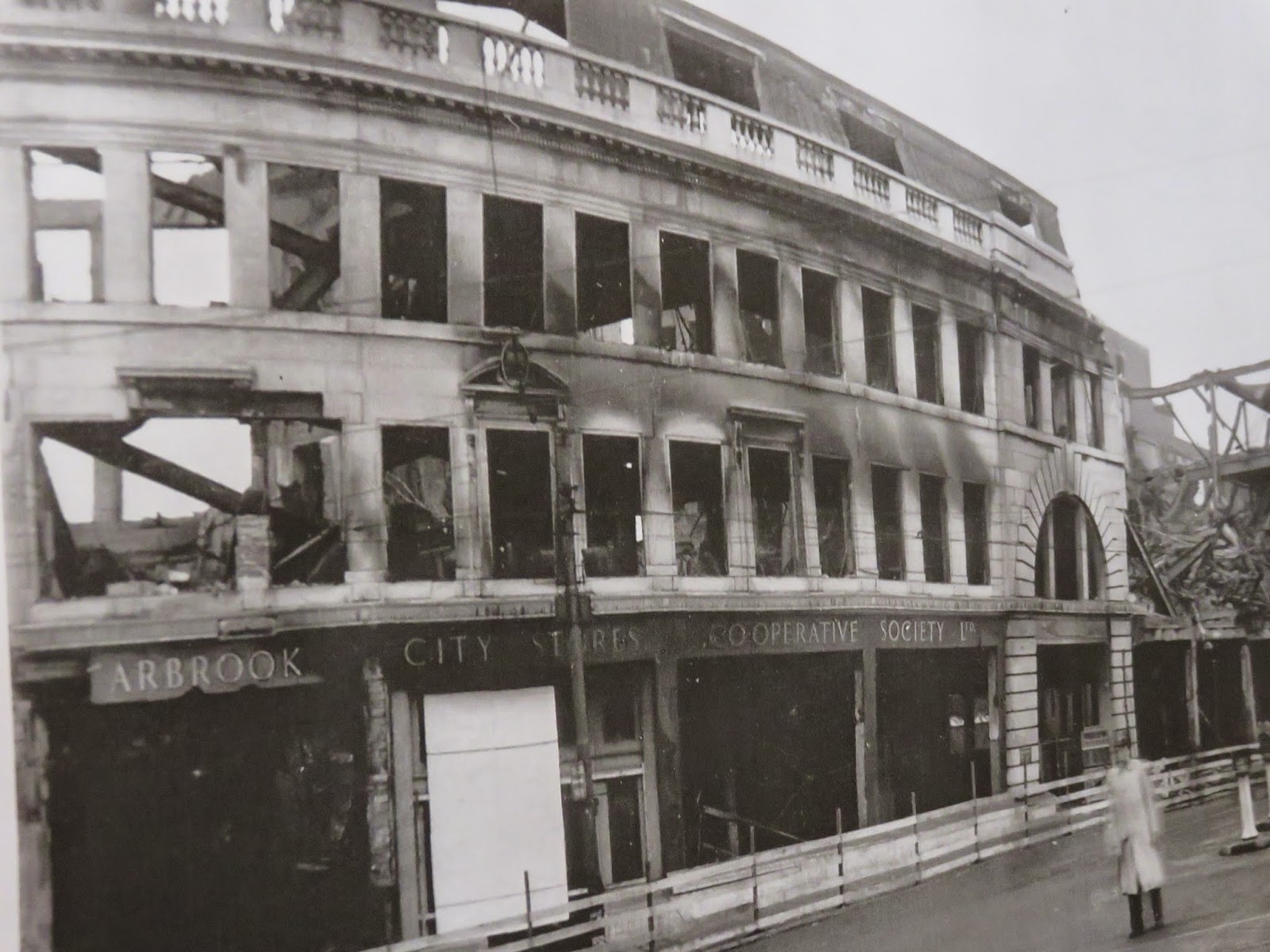 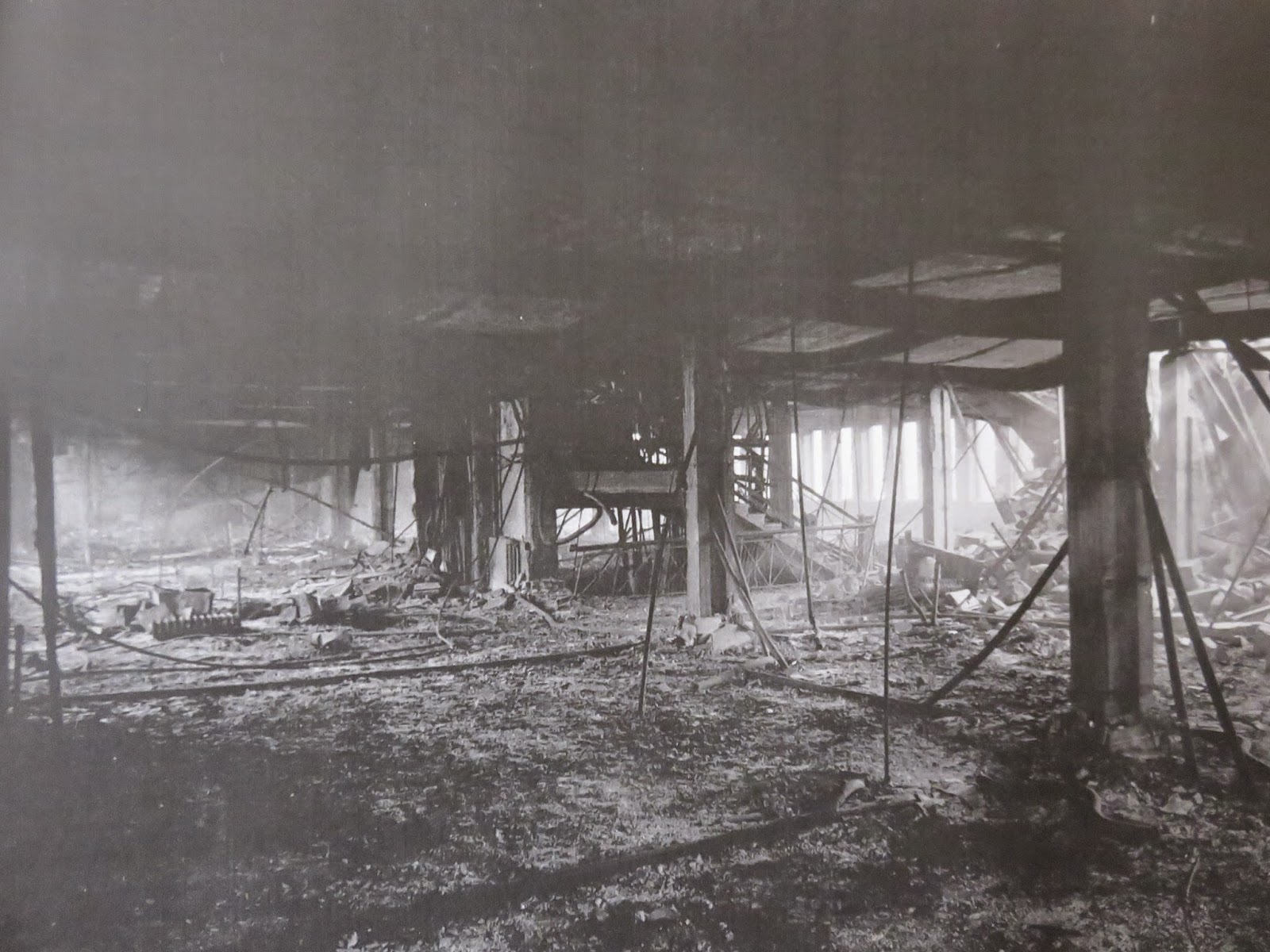 For a while, they erected pre fabricated  buildings to get the store up and running again before they opened the new store in 1964. 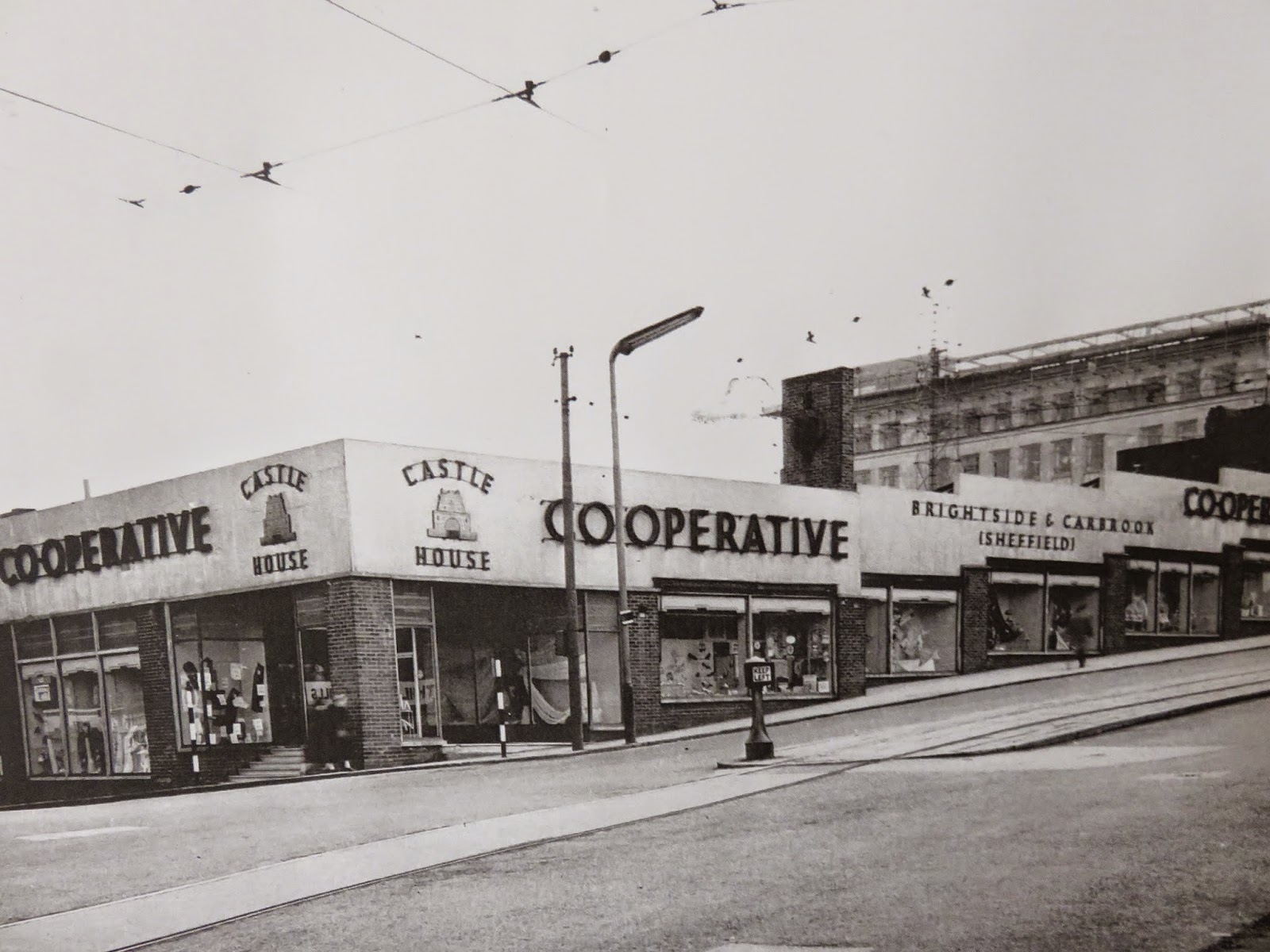 One of the rooms that I was keen to visit, that not many people had ever seen before was the boardroom - seen here in this archive photograph. 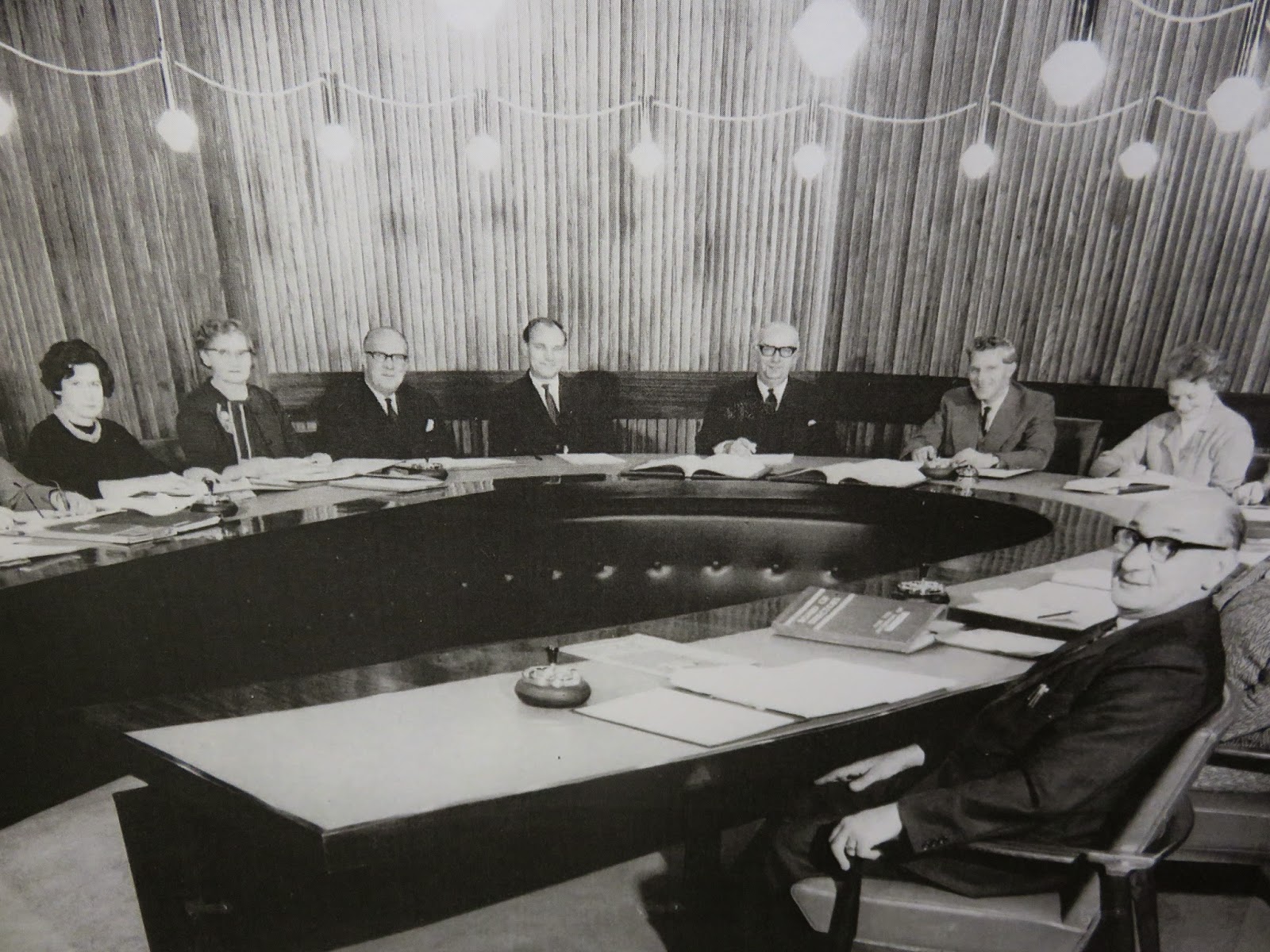 I was thrilled to see that it looked as if it had not changed one little bit.  The size  of the horseshoe table has meant that it has remained in situ as it won't fit through the door! The old panelling is still in plave as are the 1960's light fittings. 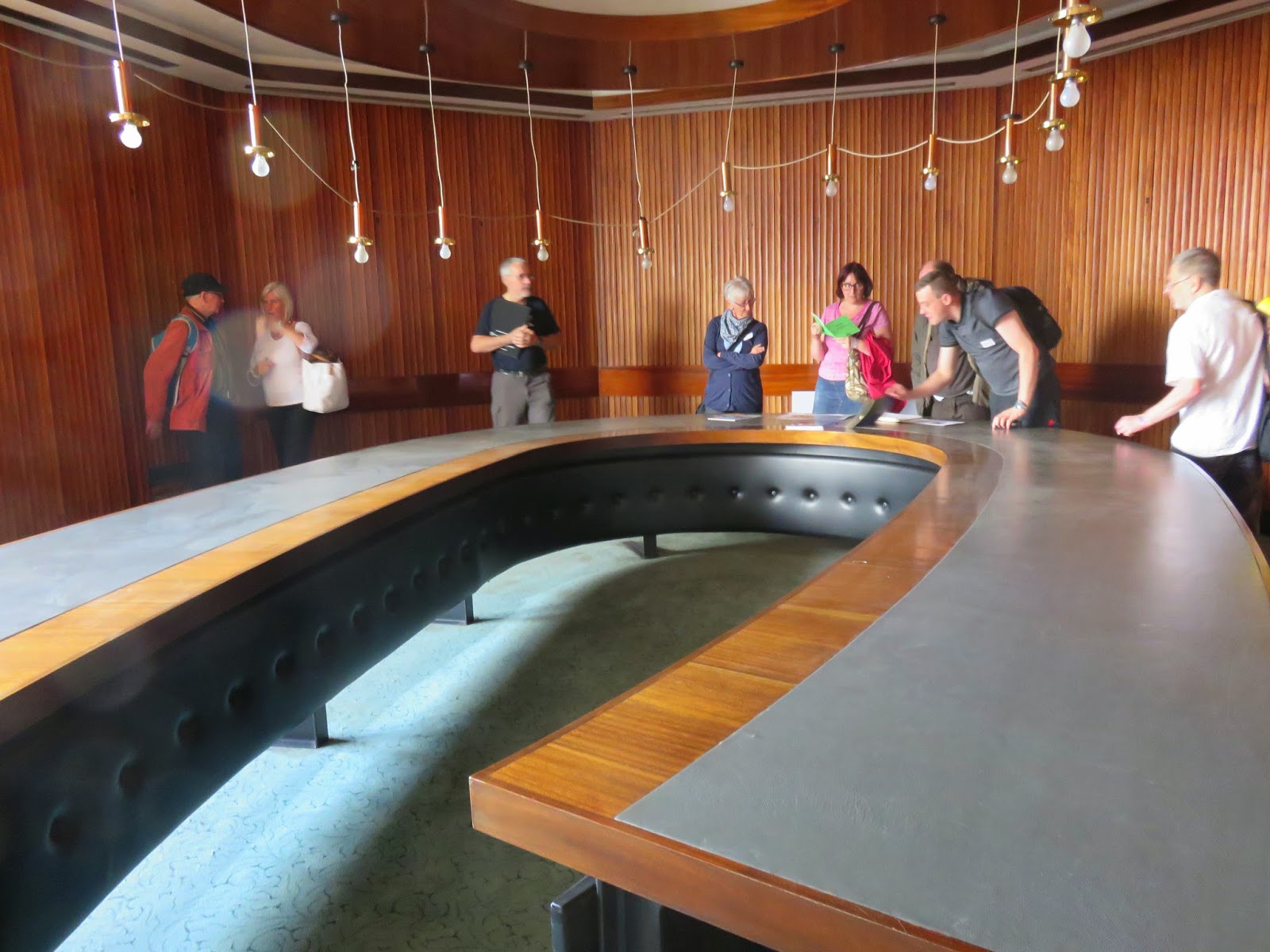 You could easily imagine the board members hanging up their coats....... 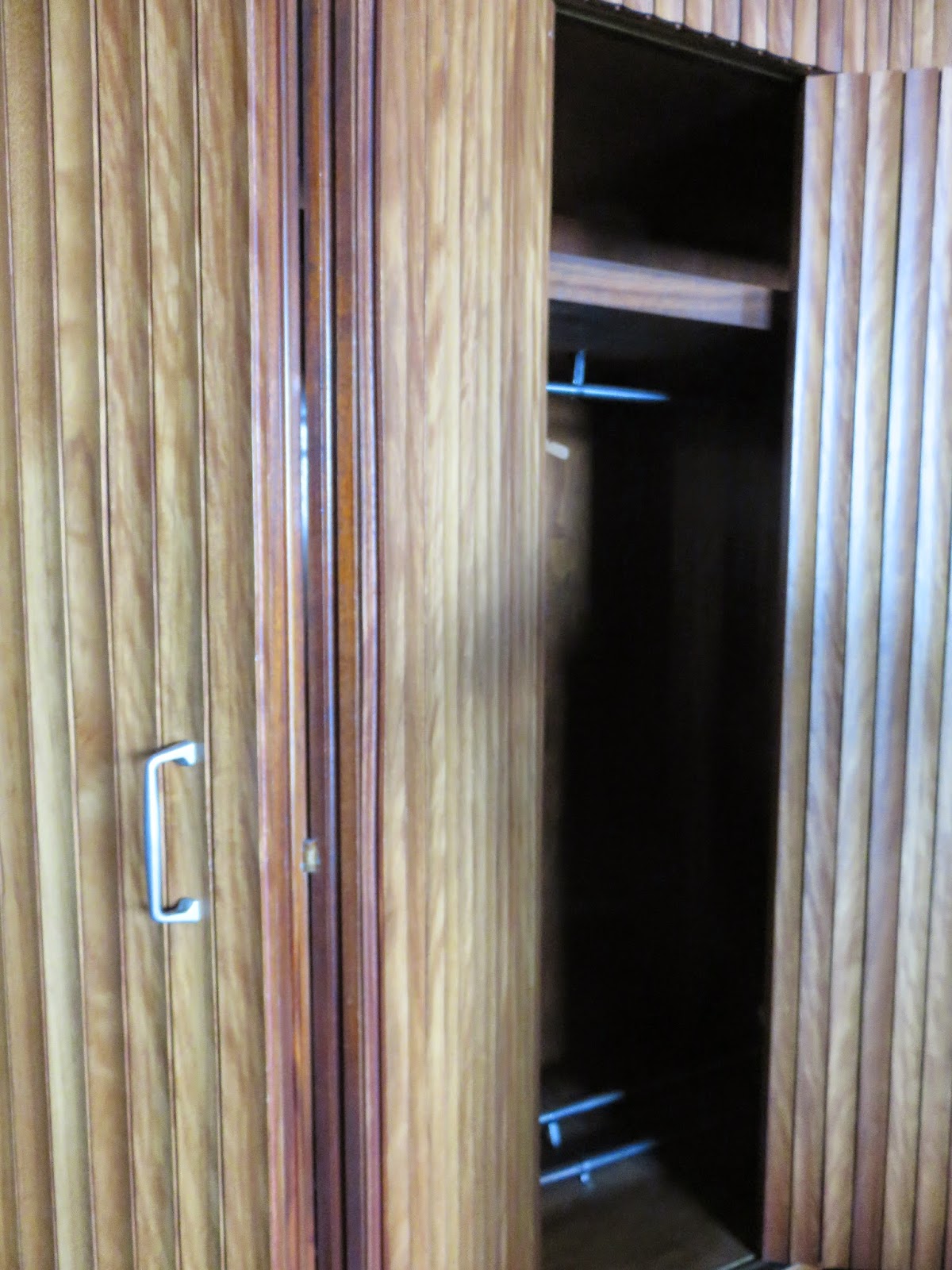 ... and diving straight into the cocktail cabinet! 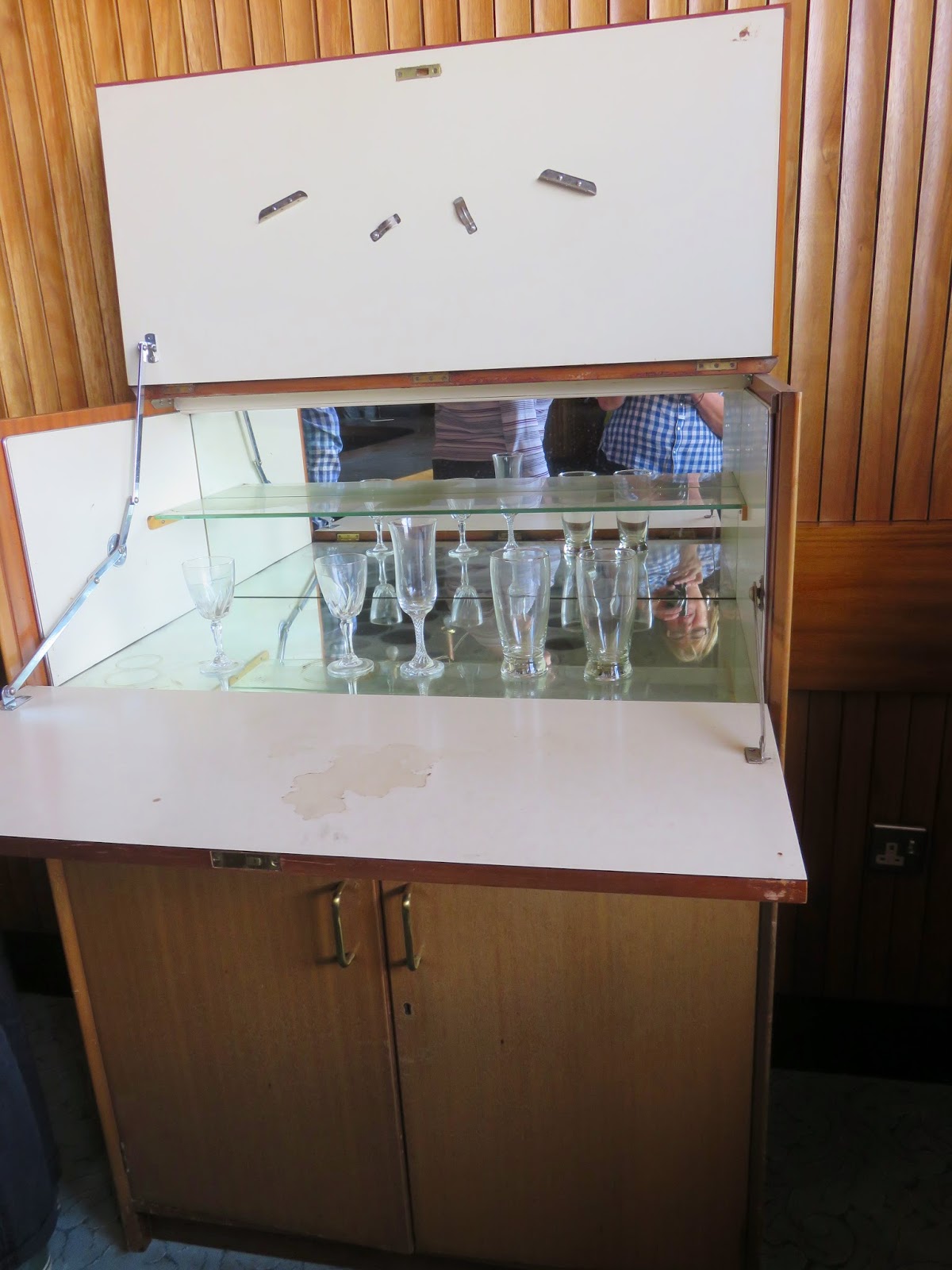 The tiled walls on the staircases where wonderful 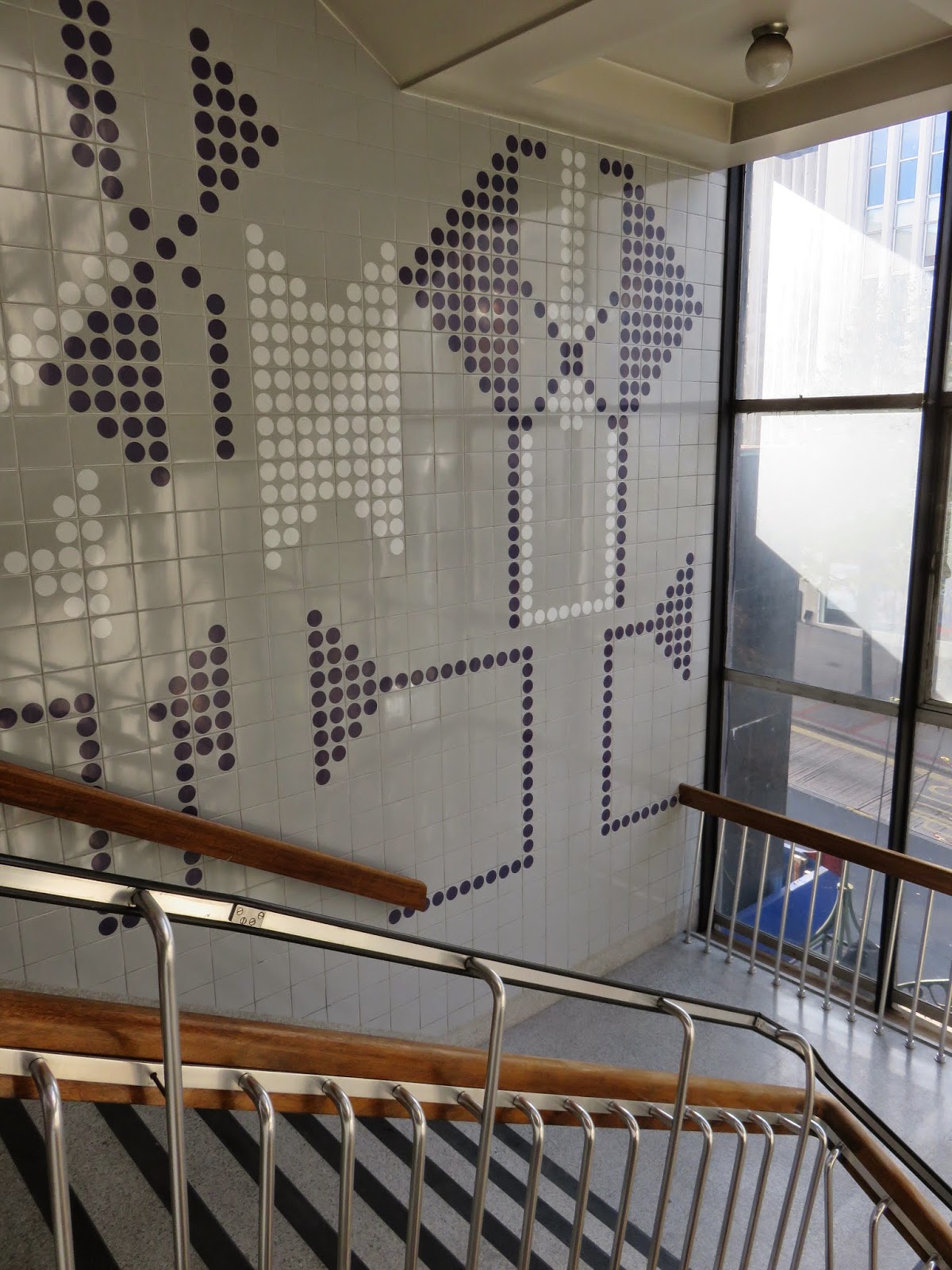 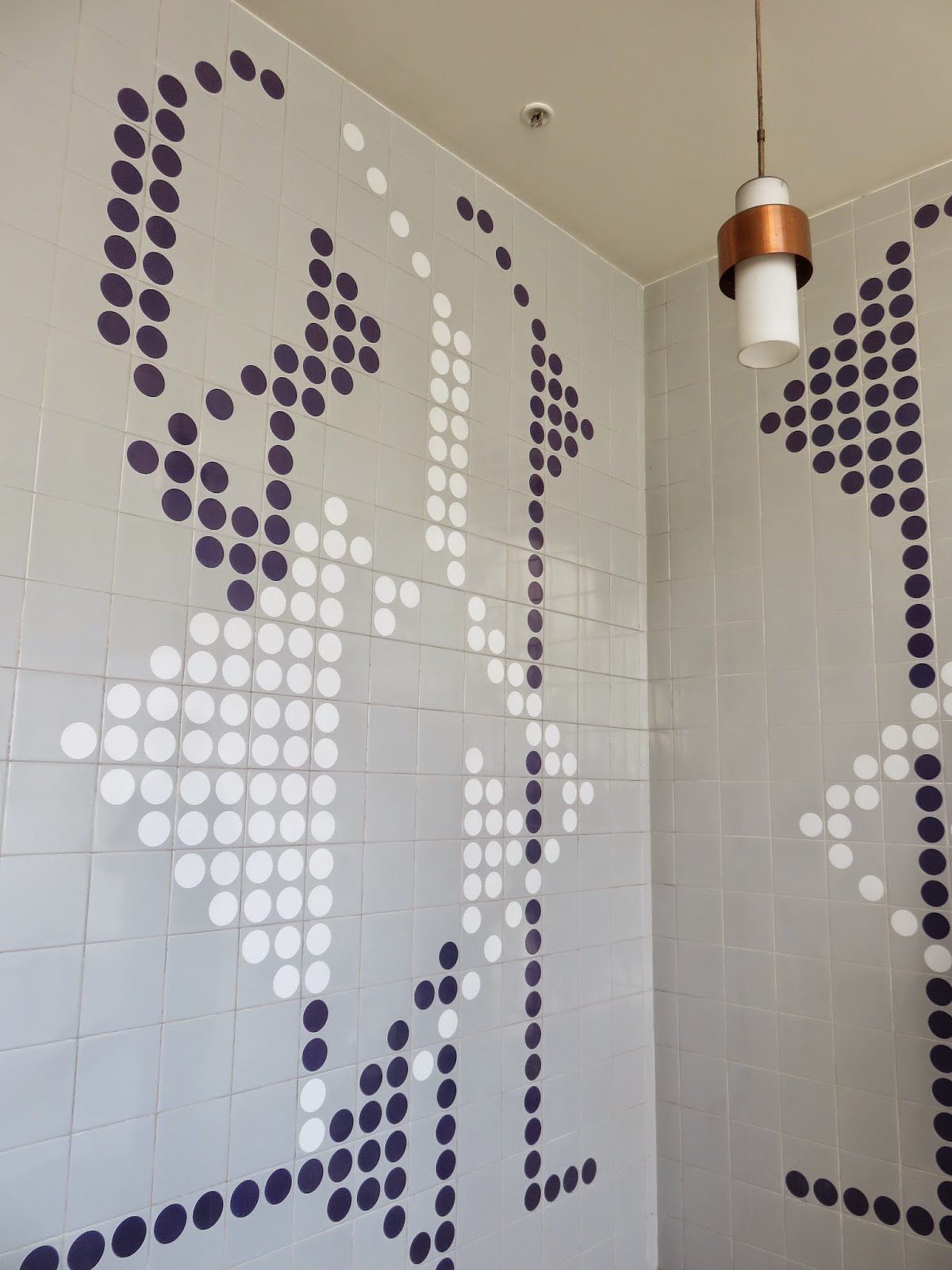 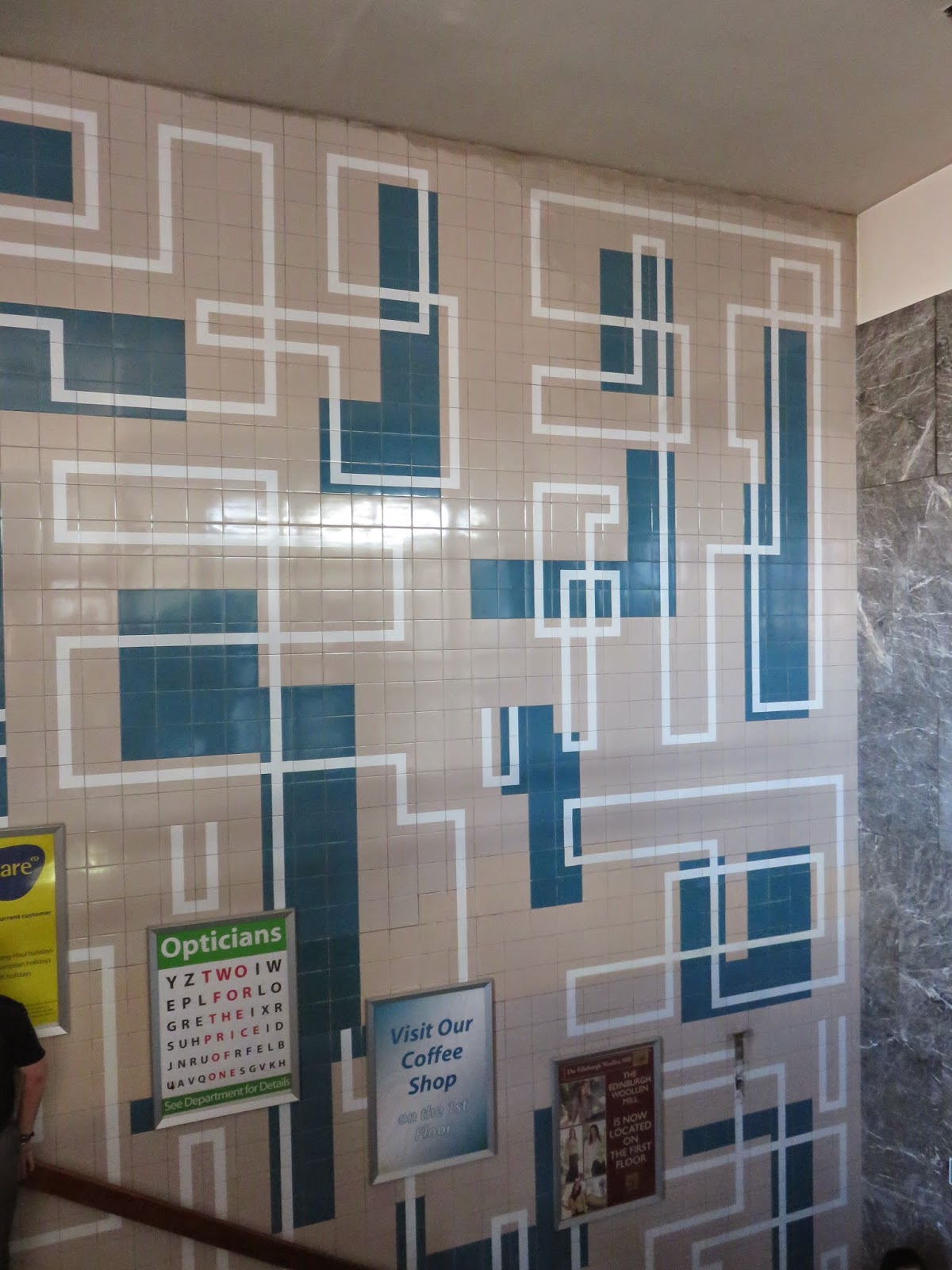 I'm so glad I got the opportunity to look around.  Many of the others on the tour had worked in the building in the past and added some great stories to the tour. 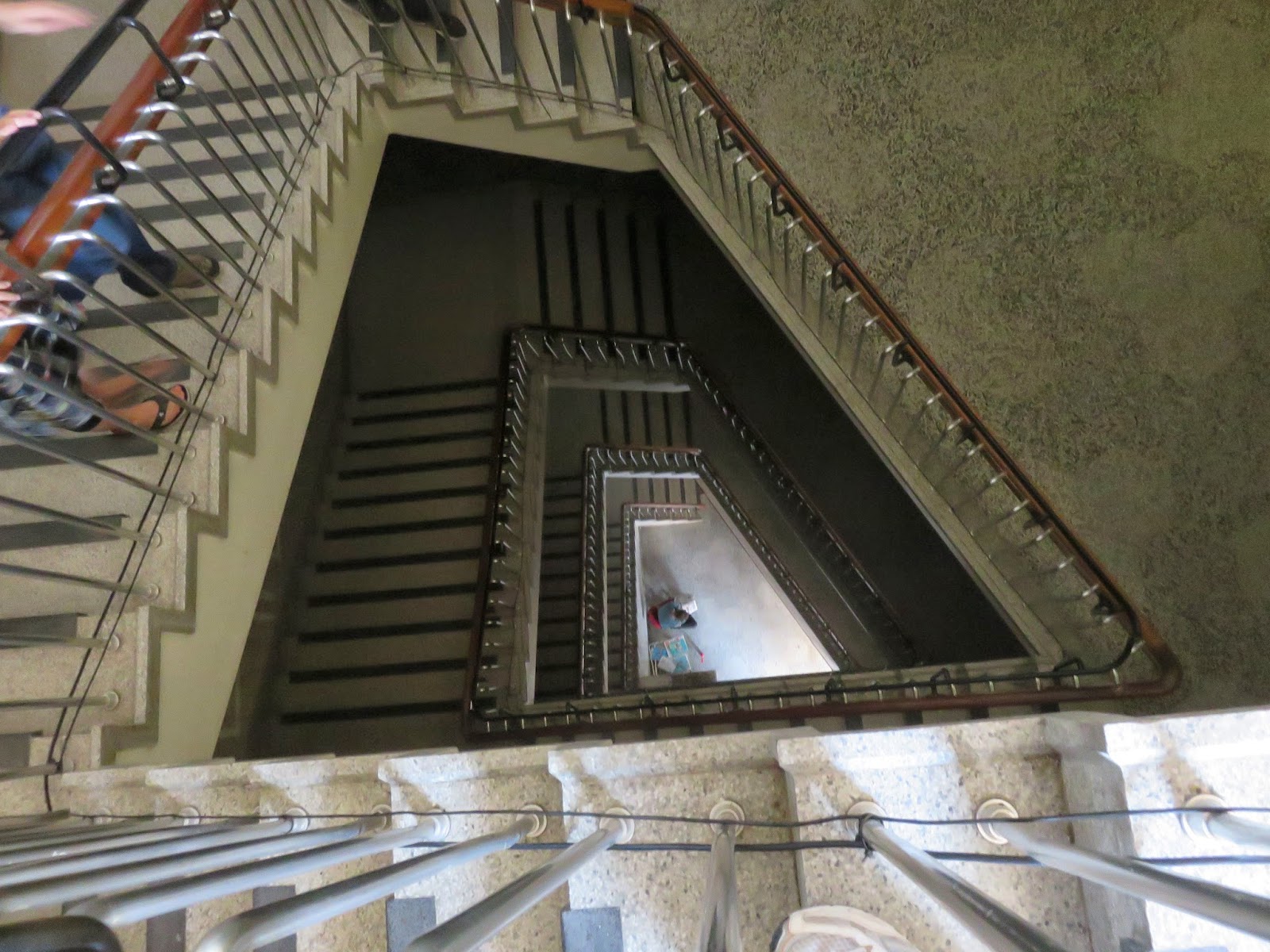 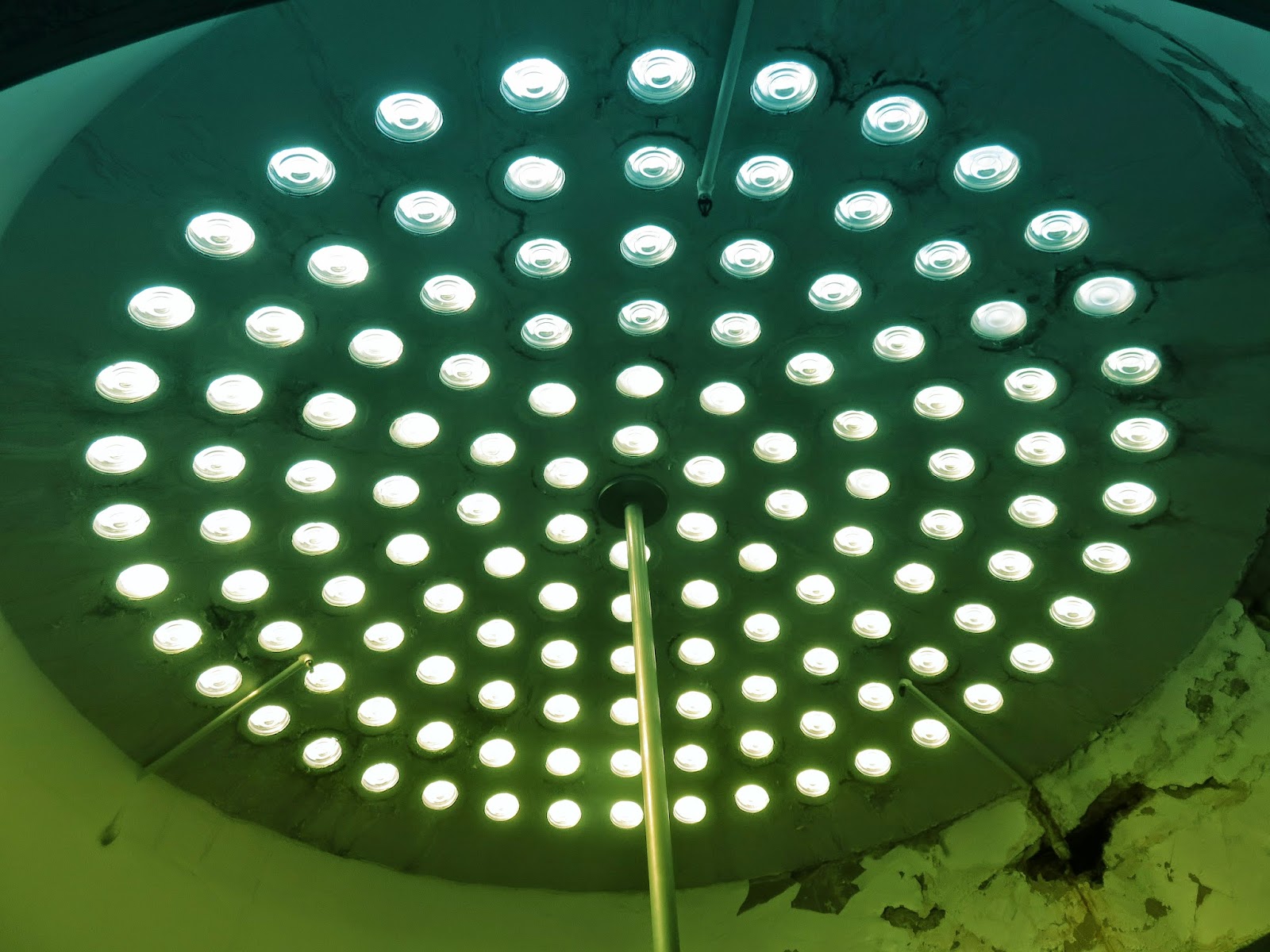 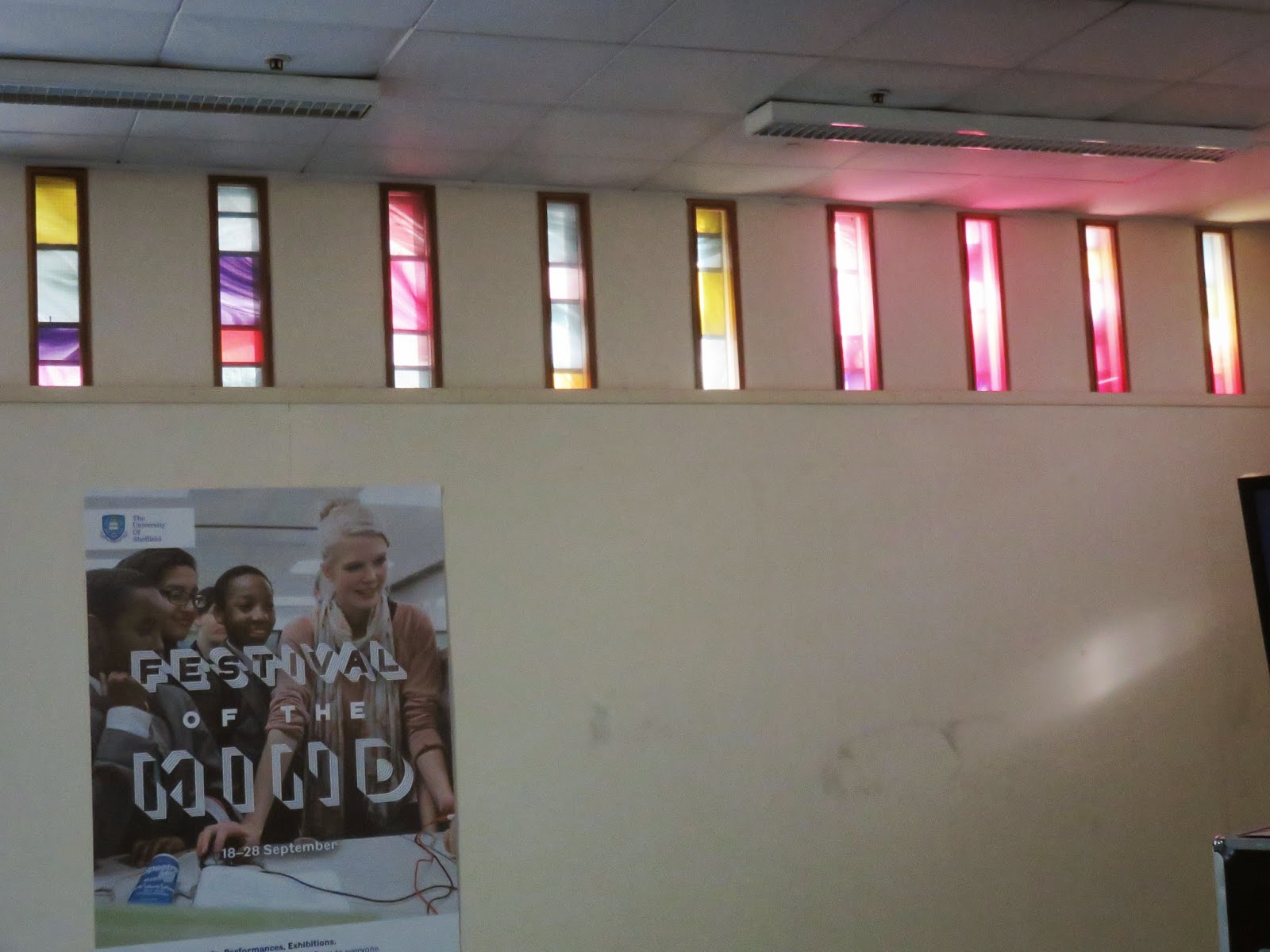 I'll show you some of the festival exhibits later.
Posted by Diane at Tuesday, September 30, 2014

Fab pictures of a fab building. Sadly I have never seen the interior. Lucky you!!!!

What a great building, I hope they don't spoil it too much!

An amazing building, I hope that it can be bought back into use - it would probably make a really great permanent art gallery for contemporary exhibits and the like! xx

Wow what a fantastic building - and with so much of it's interior intact. Lets hope someone treats it sympathetically.

The most beautiful building. So good that so much of it is still intact. Looking forward to seeing the art work.

I remember that building well from my teenage years, especially the statue on the building outside. It's amazing how modern the fittings and structure are inside, in fact quite a lot of it is back in fashion now. Lovely to see!

This is one of very few pieces of 1960s architecture that I actually like! The staircases are wonderful - you must have had to be pretty fit to work or shop there! I really like the statue of Vulcan too.