Elsecar - and it's hidden treasure.

I've taken to you to Elsecar many many times before and shown you some of it's hidden gems, but I managed to photograph a real treat for you this evening.

It wasn't the "Bun and Milk " club.  This was the miners lodging house for single coal miners who were brought in to work at Earl Fitzwilliam's new colliery in the 1750's.  As well as bedrooms, it contained a social club, but it was teetotal - hence the nick name of this fine establishment (now apartments). 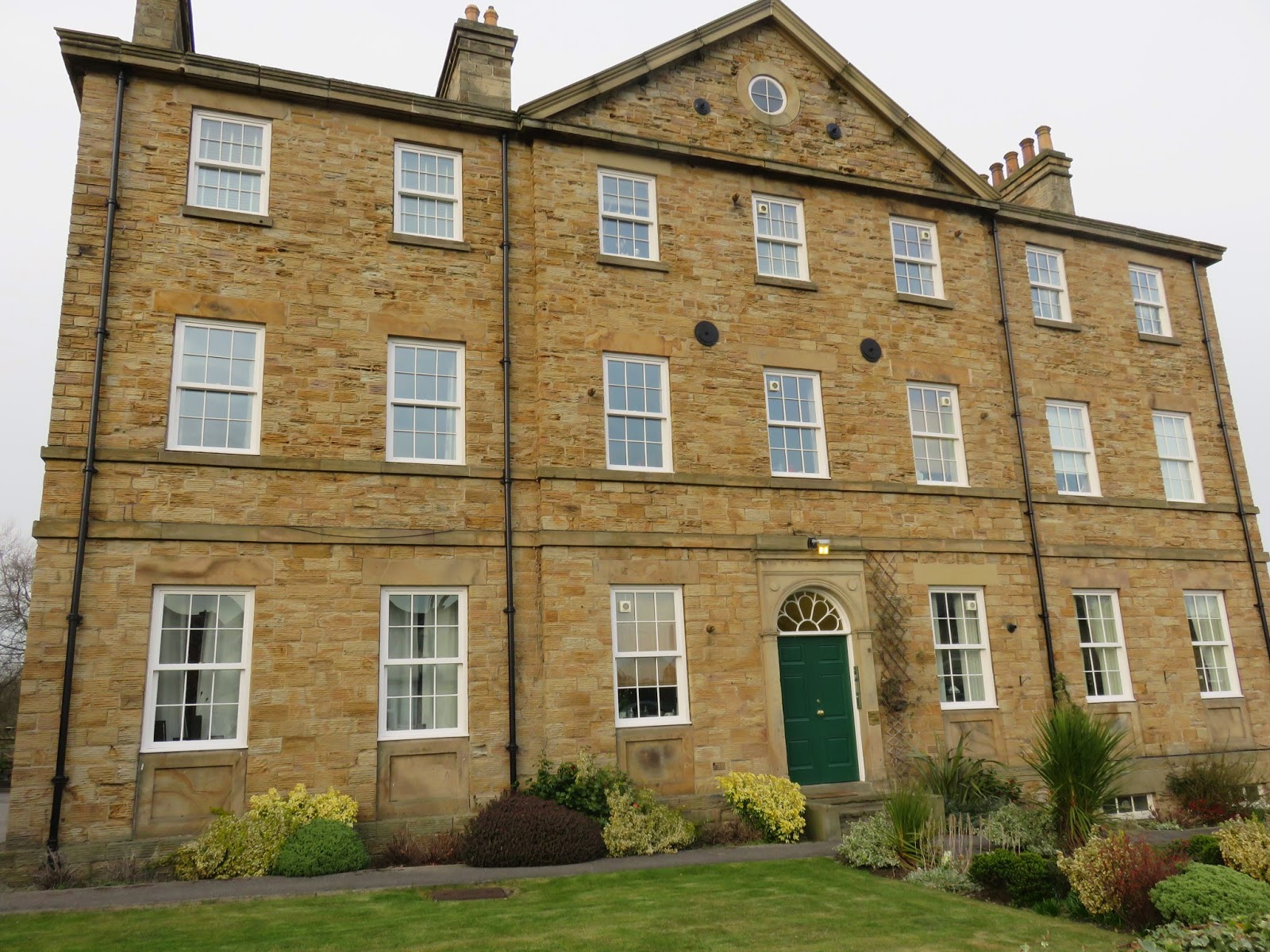 before the colliery was built, Elsecar consisted of 4 farms and nothing else.  These very early miners cottages were designed by the renowned architect John Carr of York.  Earl Fitzwilliam had employed John Carr to design a new wing on nearby Wentworth Woodhouse his country pile - I think it's amazing that he used the same architect to design his workers homes. 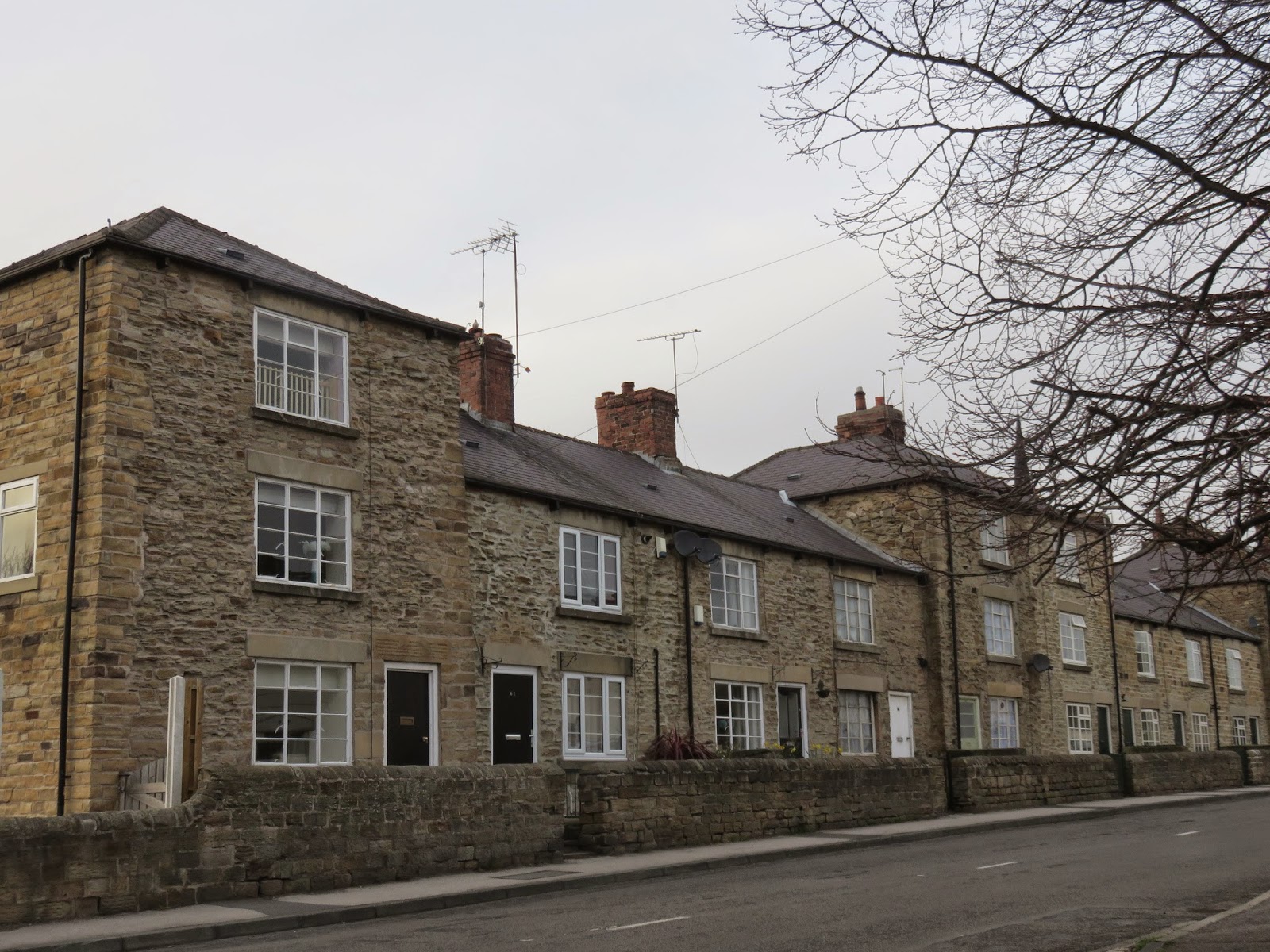 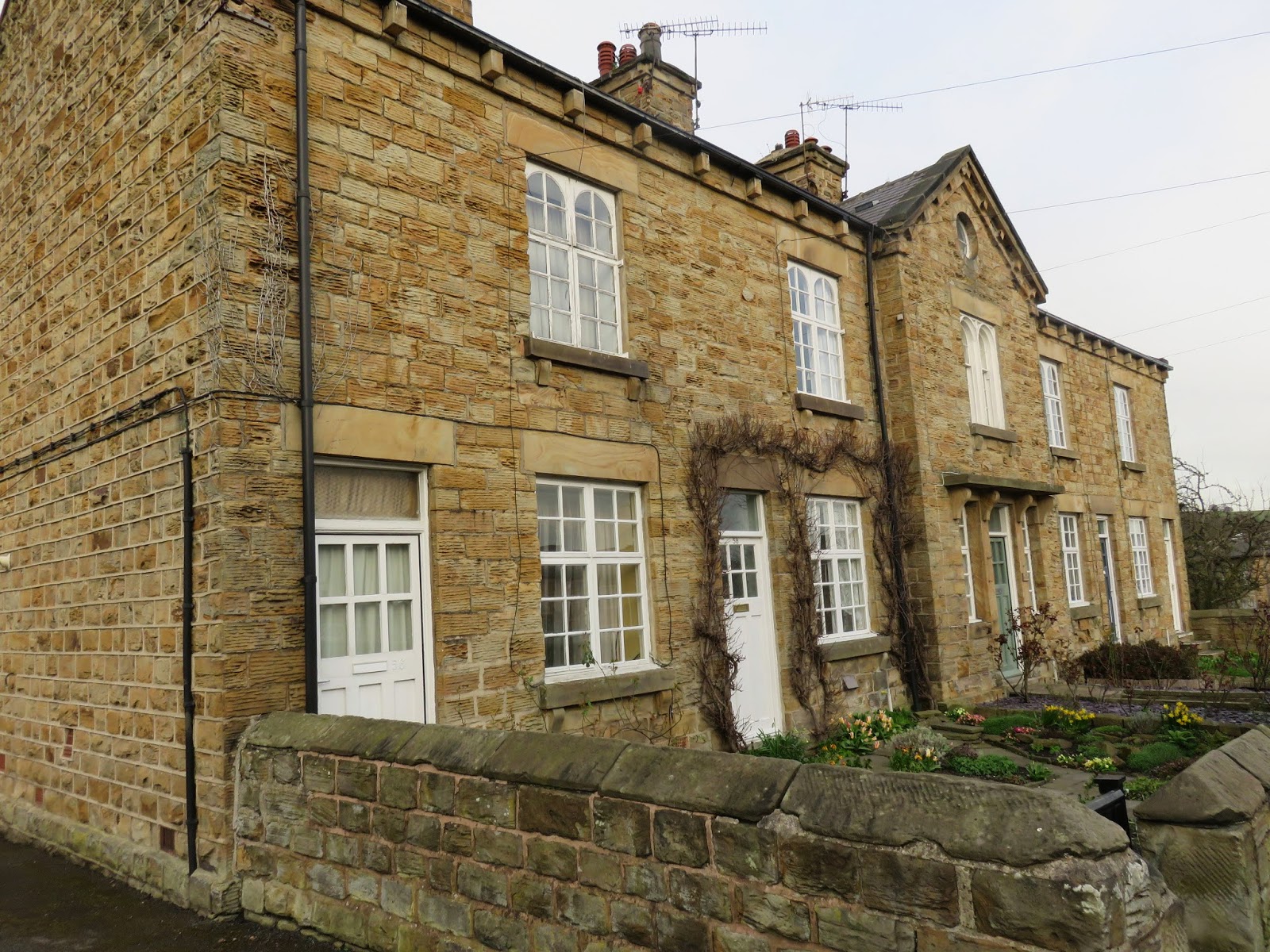 I would love to step back in time to when the whole population of the village shopped here too.  Almost all of the old shops are now converted to houses. 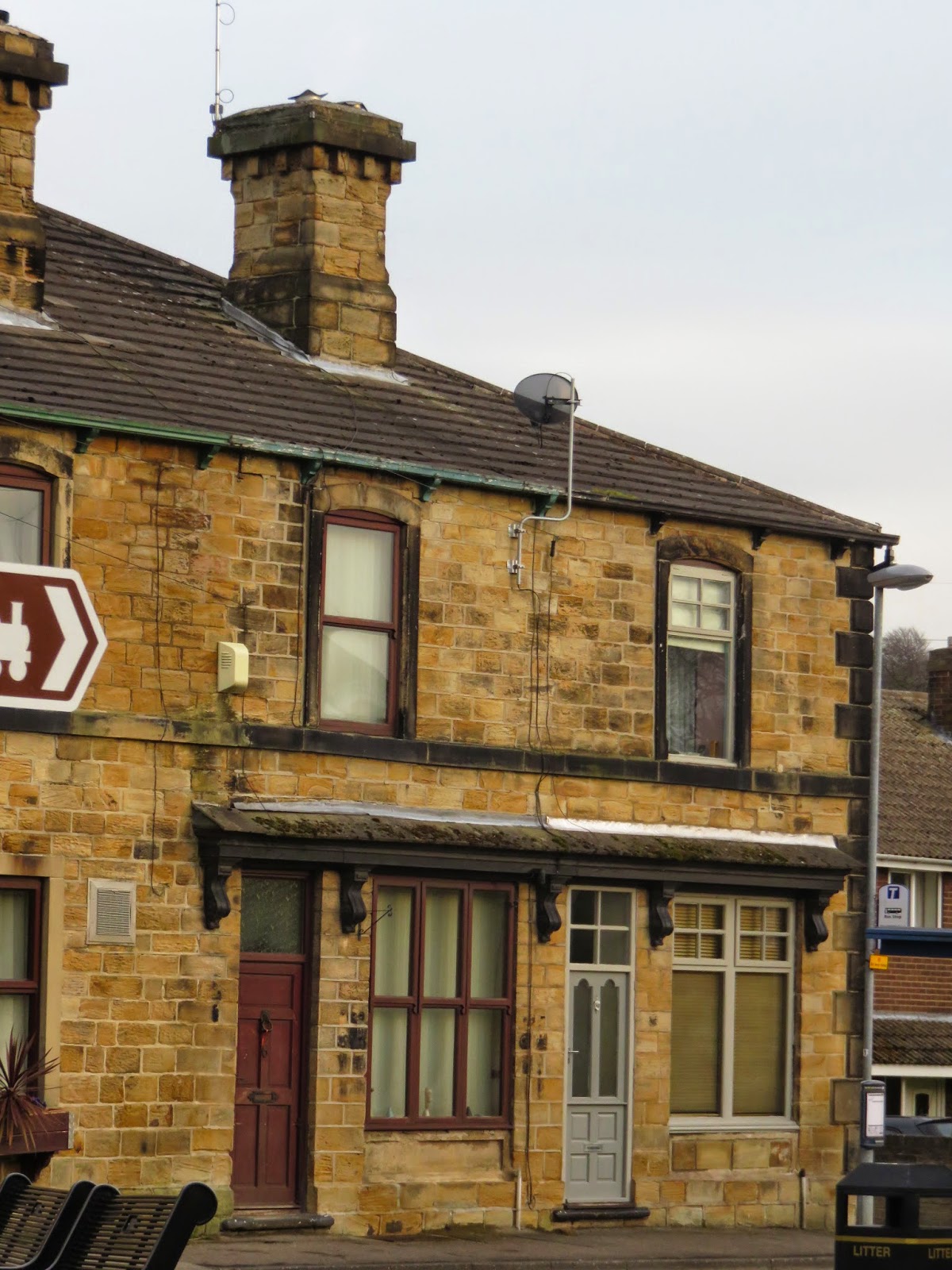 I do remember some of them being shops up until the 1970's - it's such a shame we changed our shopping habits so much. 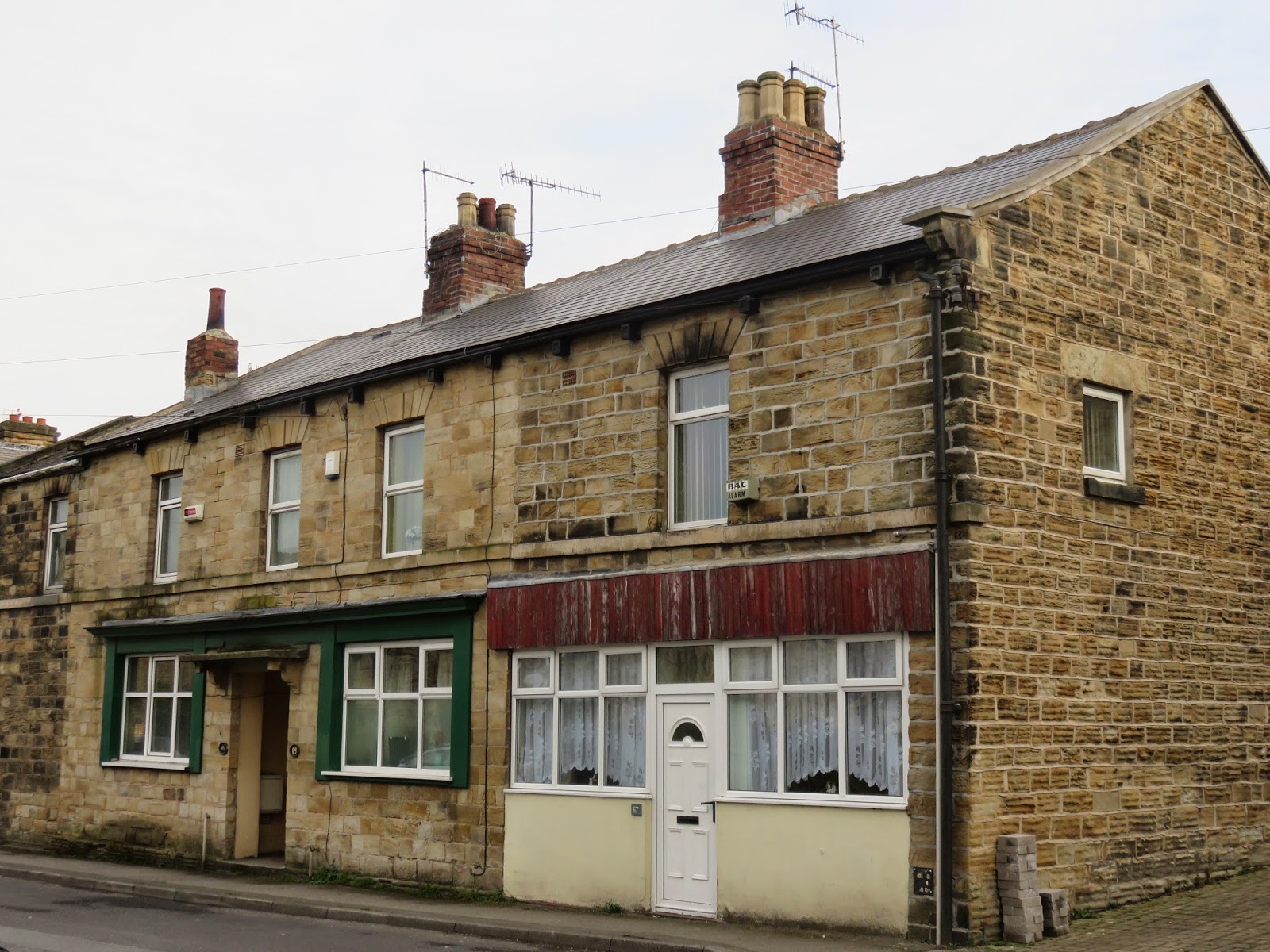 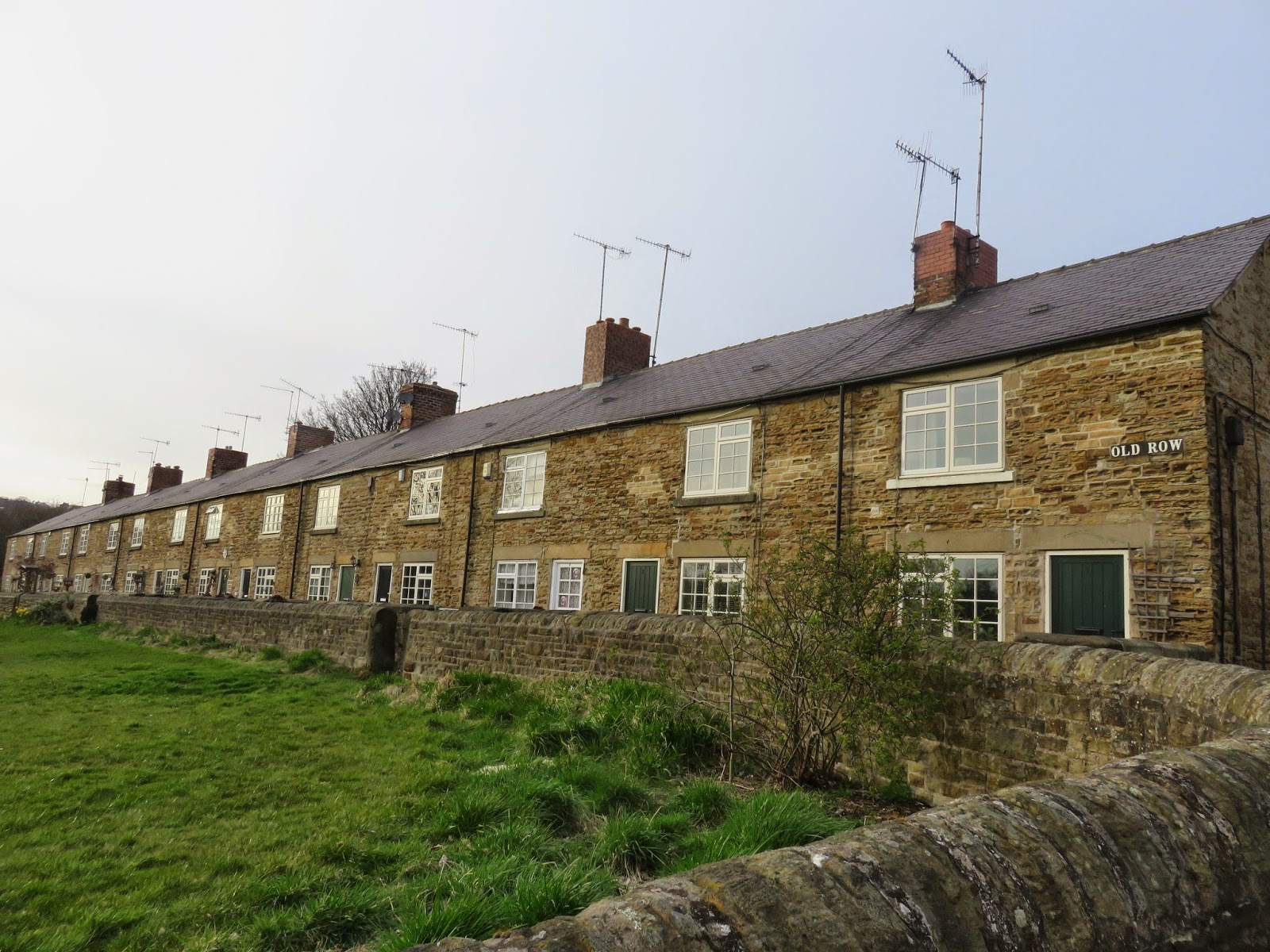 Milton Hall is the large community centre that would have been the centre of village life.  it's here that scenes like the baby clinic, pantomime, scouts and guides, village dances etc would have been played out over the ages. 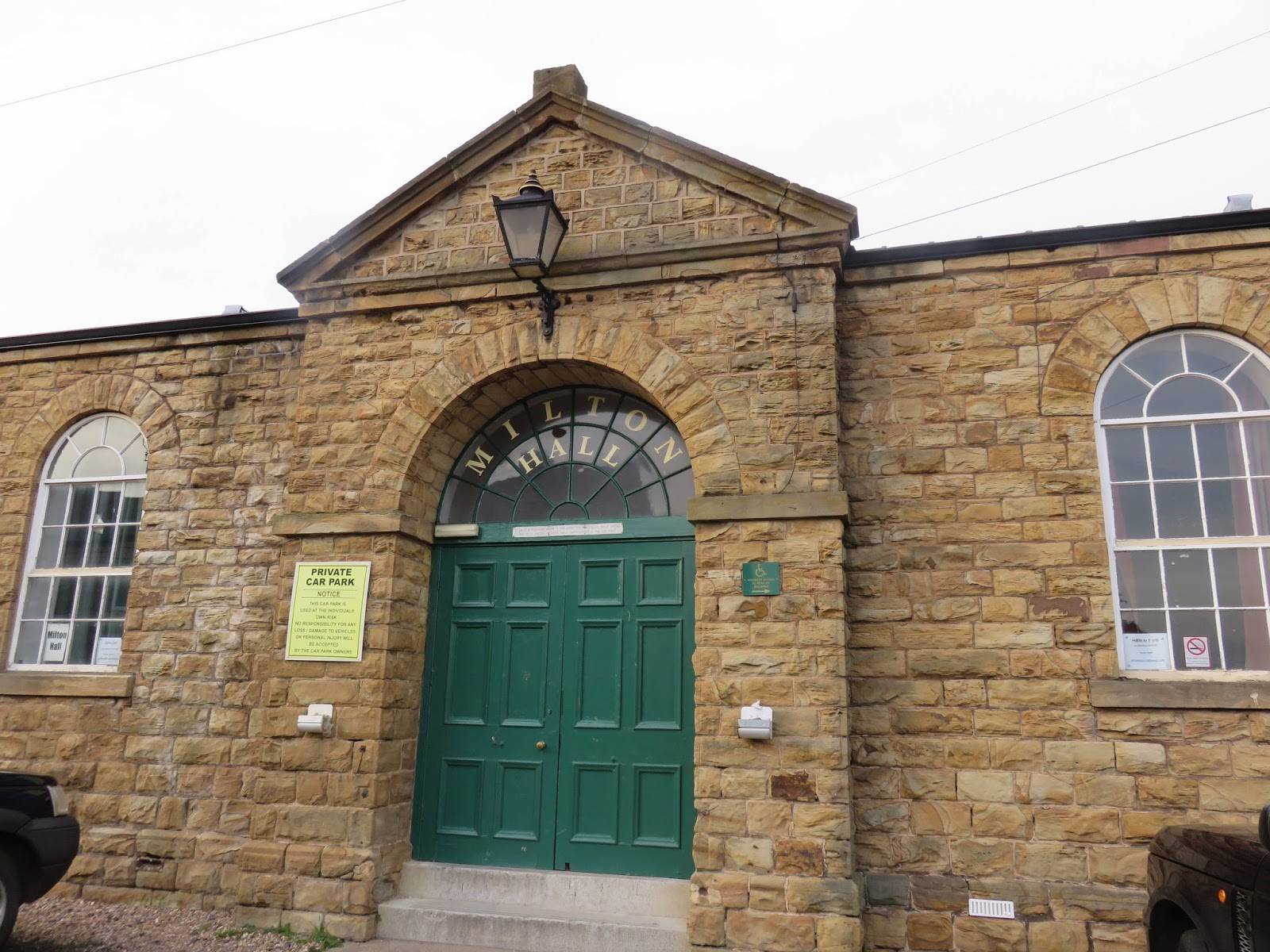 The old pit yard has a multitude of different uses these days - being part of the Heritage Centre, most of the great old buildings and workshops have been saved and re used.  Part of this building was Earl Fitzwilliams own private  railway station - now a very noisy indoor children's play area!! 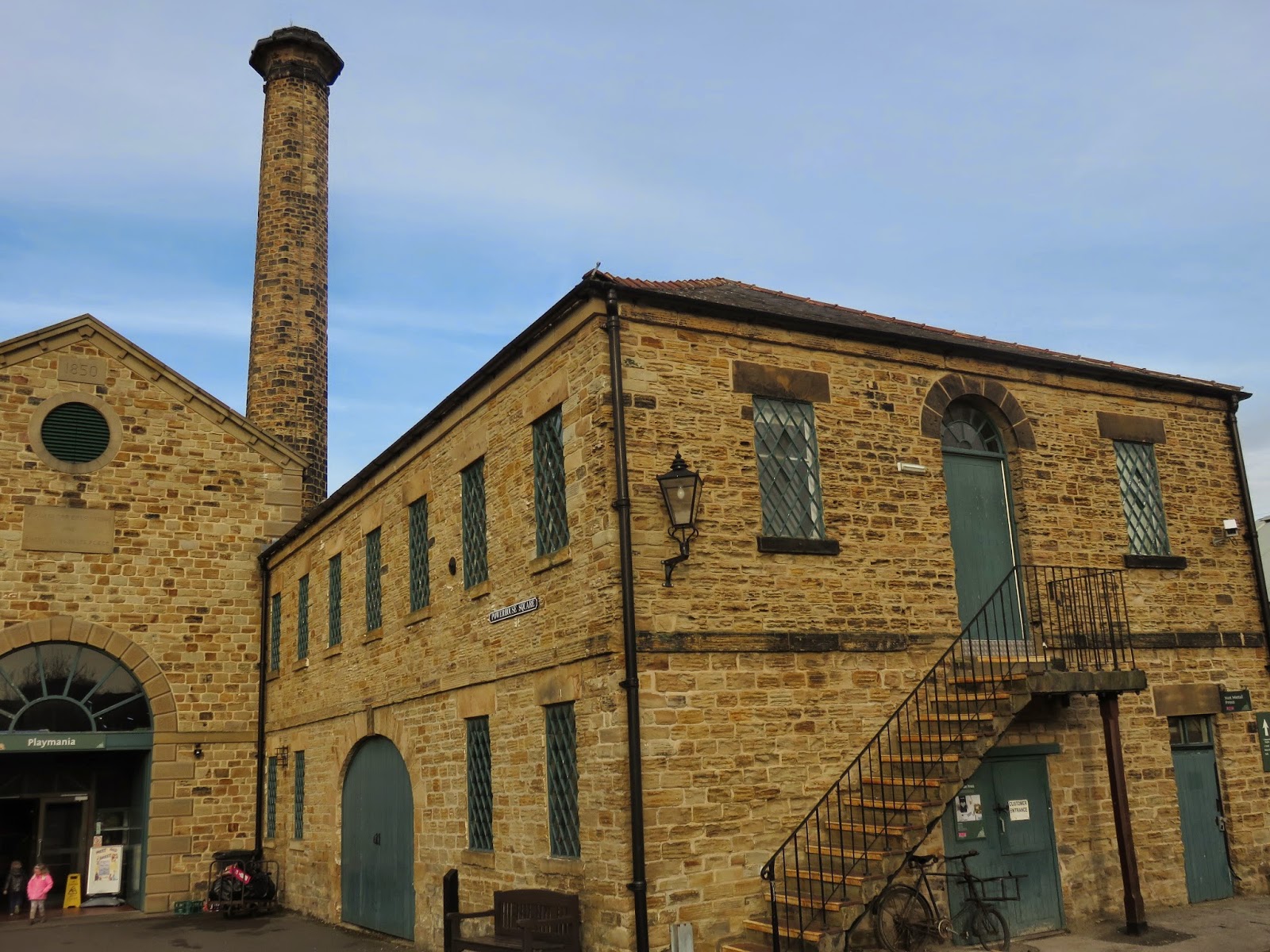 You can find bricks made at the old brickyard and ironmongery made at the old foundry.  It's hard to believe that everything that was used in the colliery would have been made in the village. 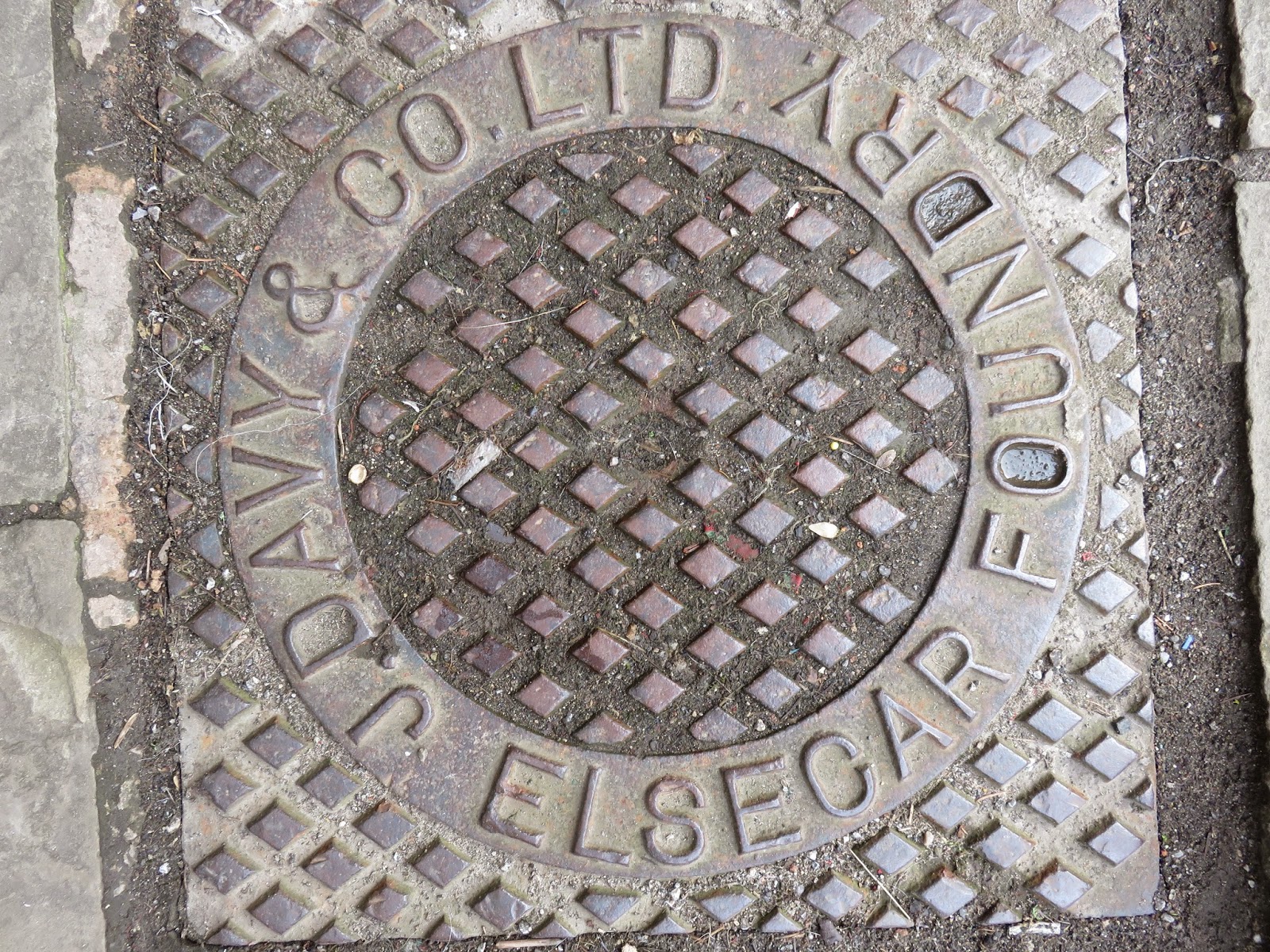 The old flour mill is still a spectacular building backing onto the canal.  It now houses a stained glass craft company. 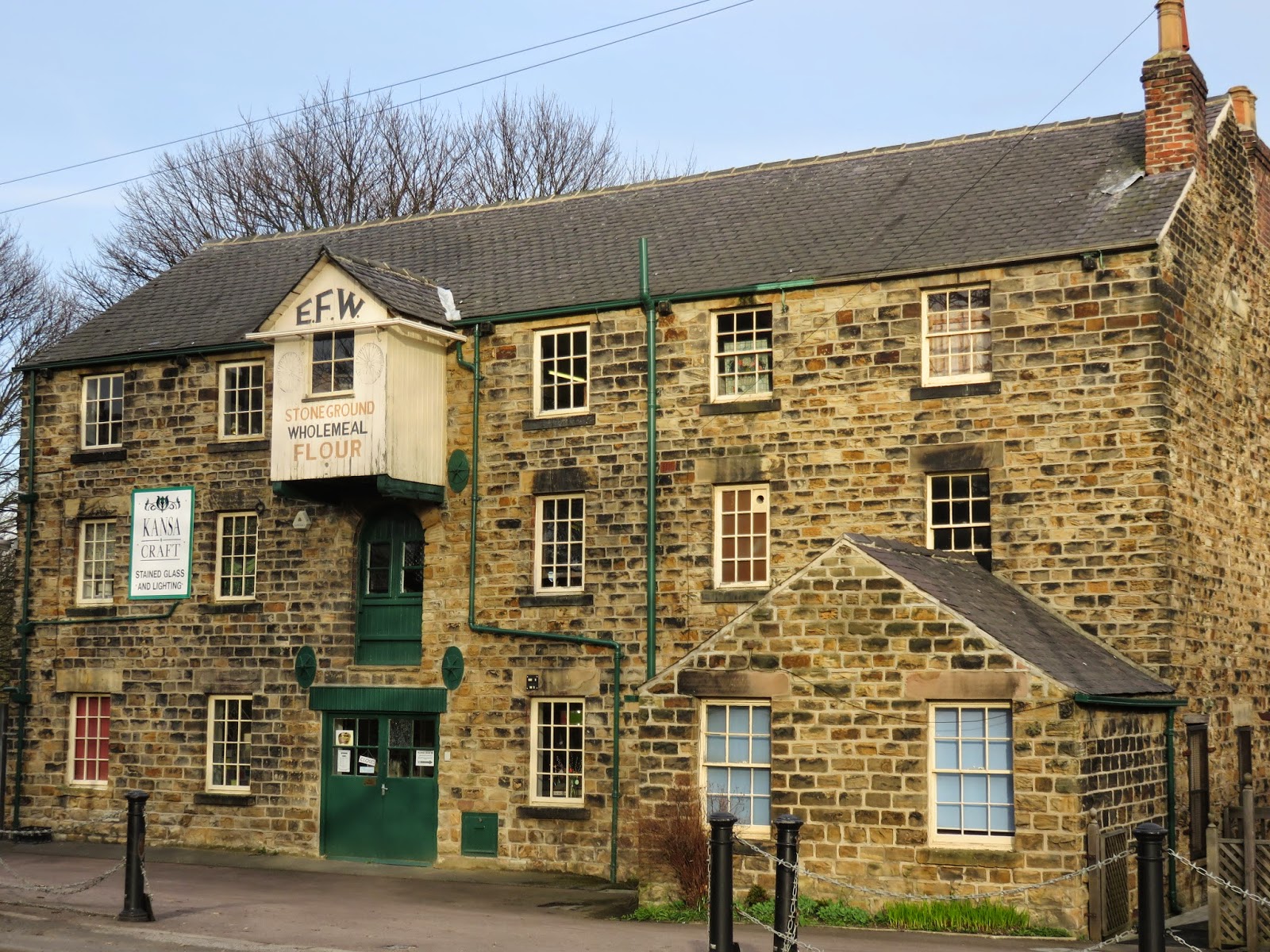 The old railway station operates steam trains on a regular basis.  They have also opened a small museum to the Miners Strike of 1984-1985 which is quite moving and free to wander around.  It hasn't got much in it, they are building up a collection, but the photographs are heartbreaking (as was the whole debarkle!) 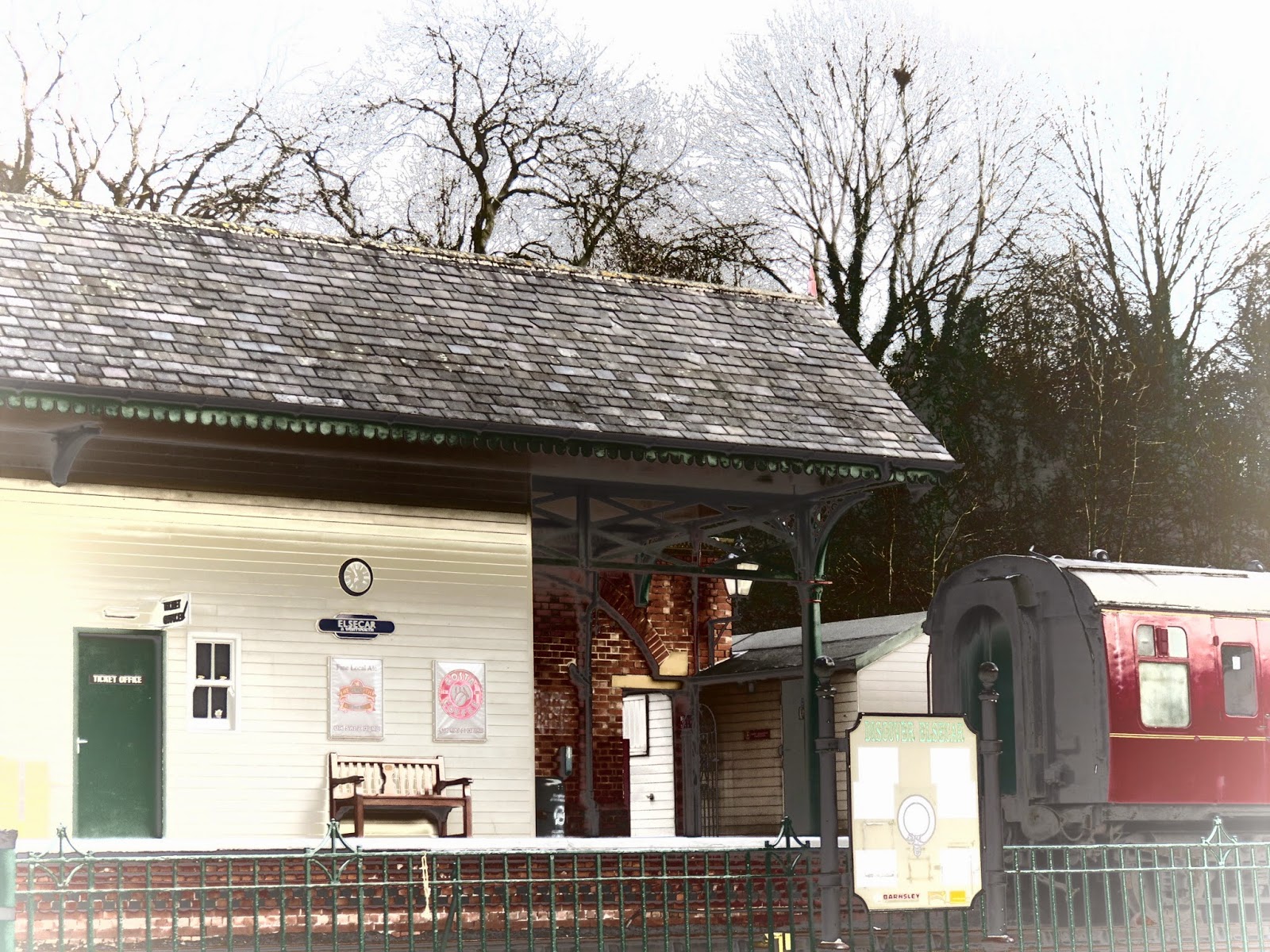 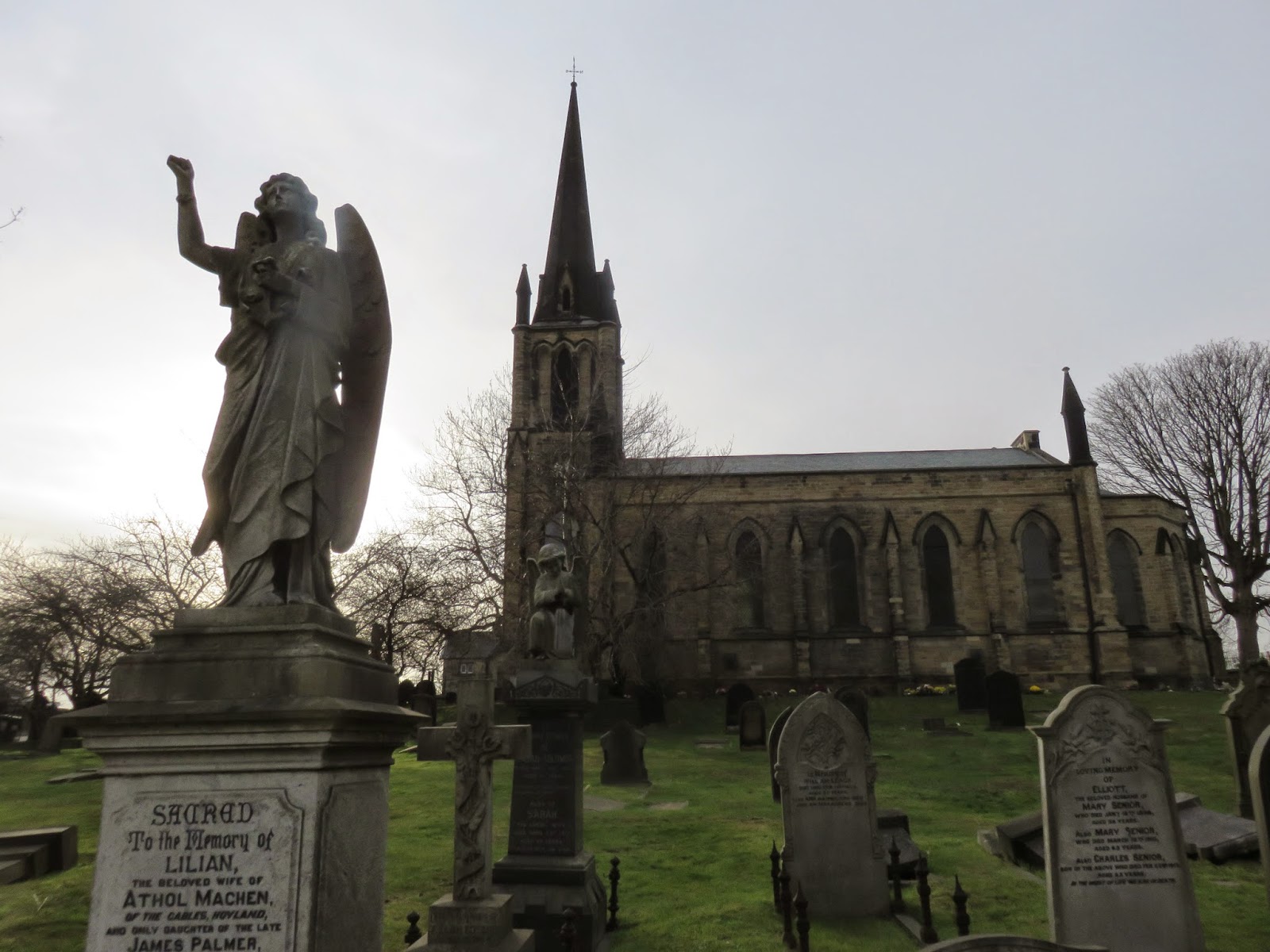 It has some very sad reminders of the area's past. 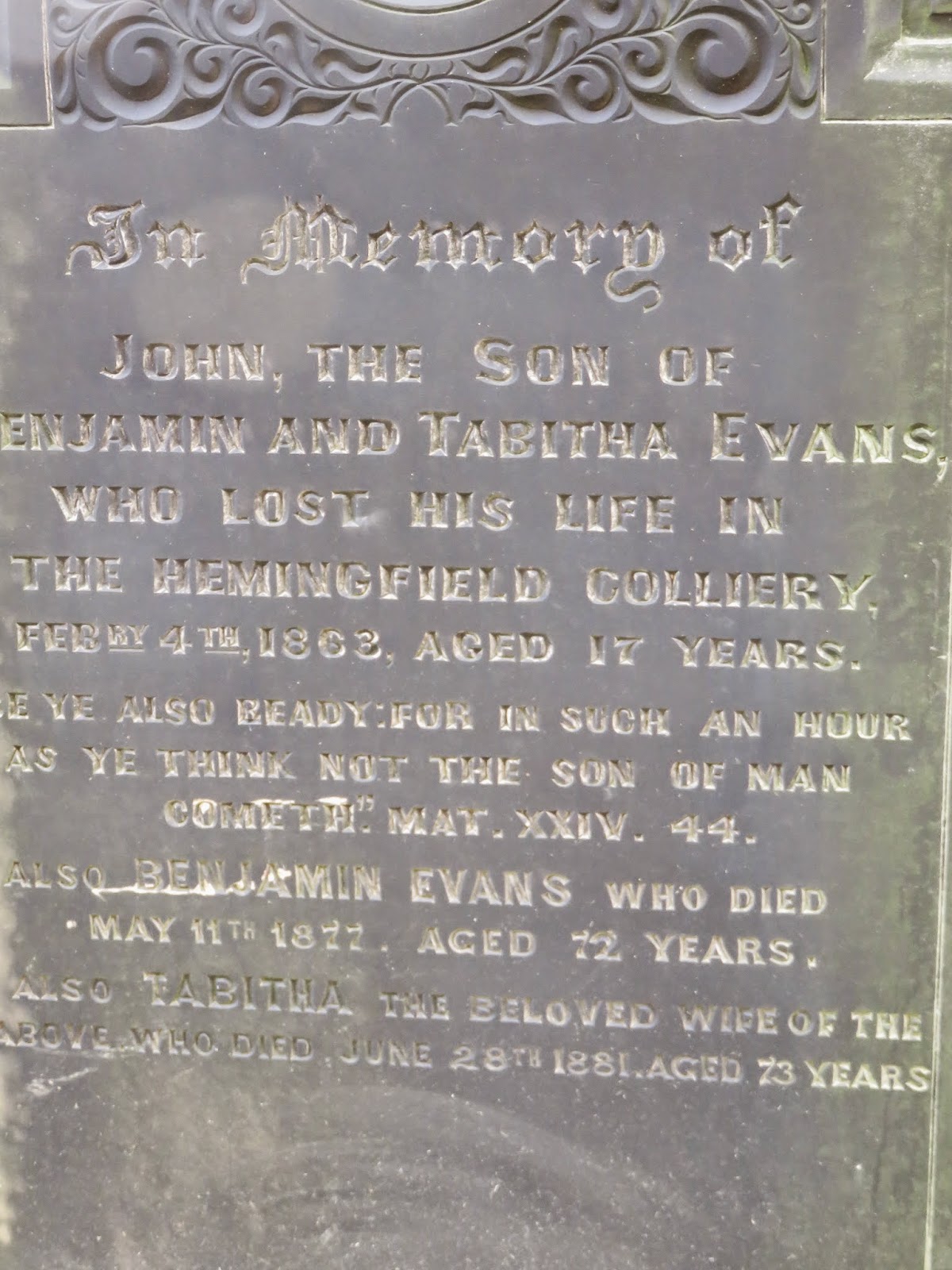 But the real treasure is inside.  4 stunning windows to commemorate World War 1 in Elsecar by William Morris no less.  The colours are very William Morris - so rich and deep and green. 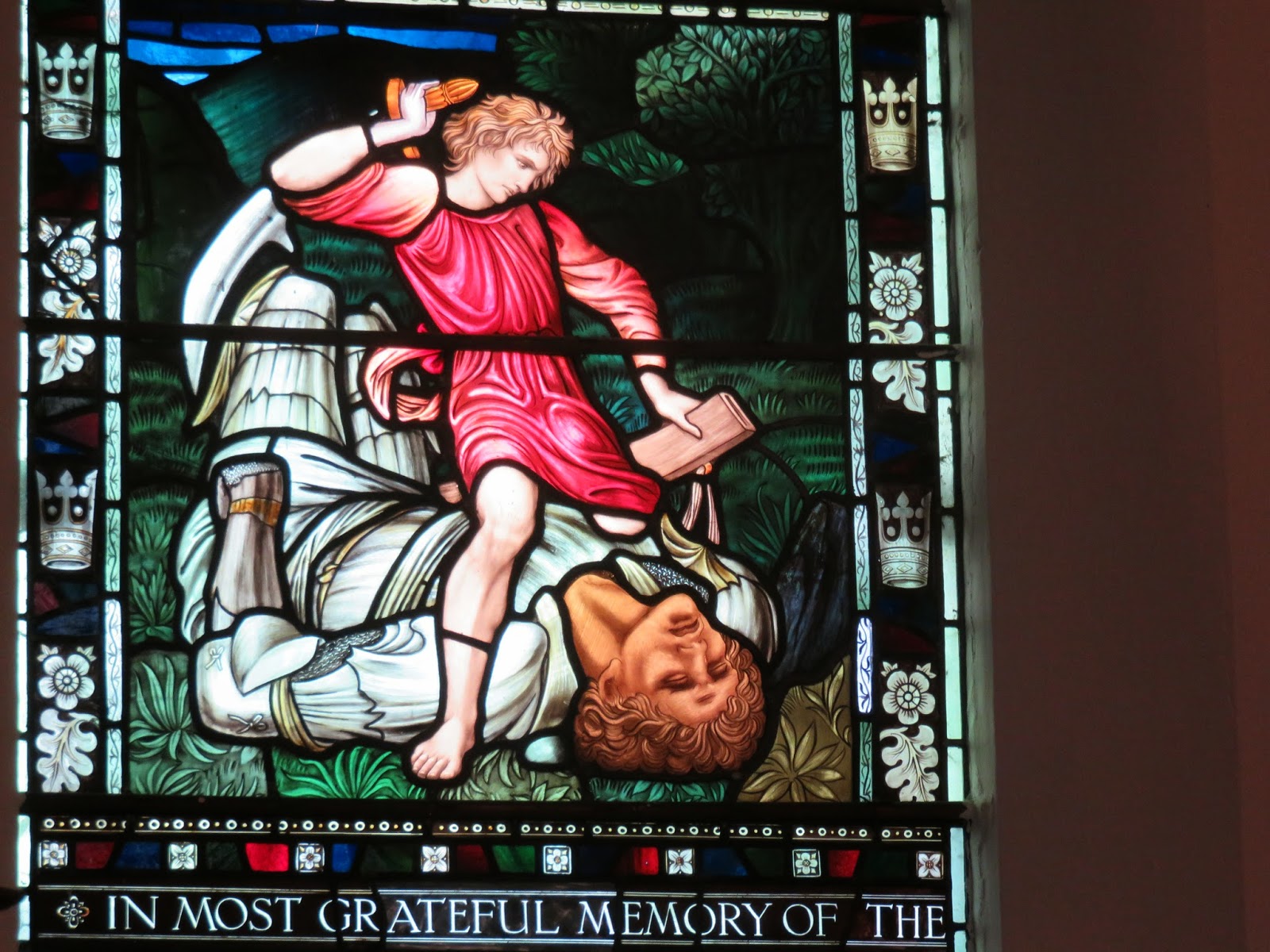 I didn't have much time as they were about to start their Maundy Thursday service - a bit late in the day, but the Vicar had been to meet HRH the Queen in Sheffield at the Cathedral's Maundy service. 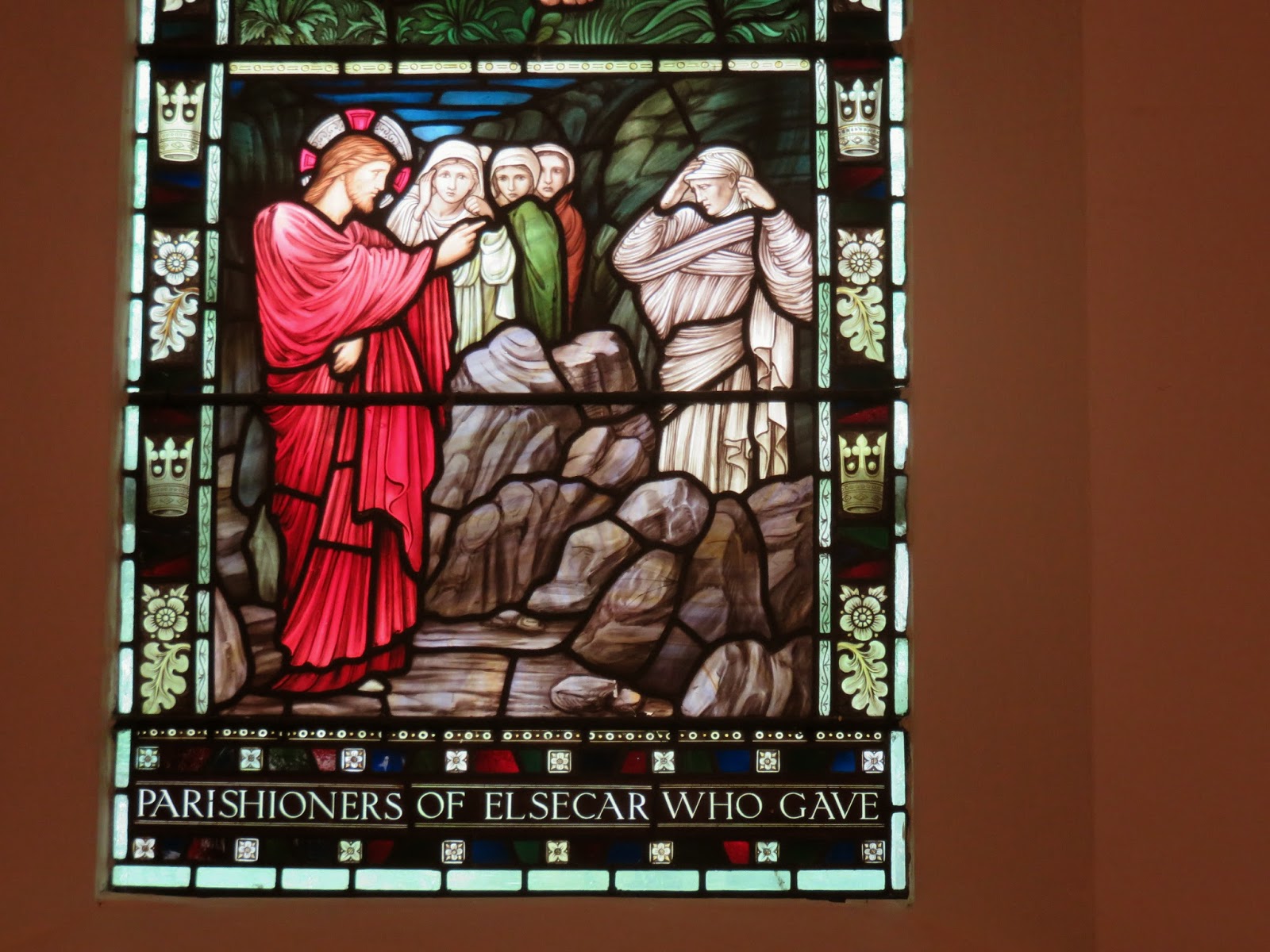 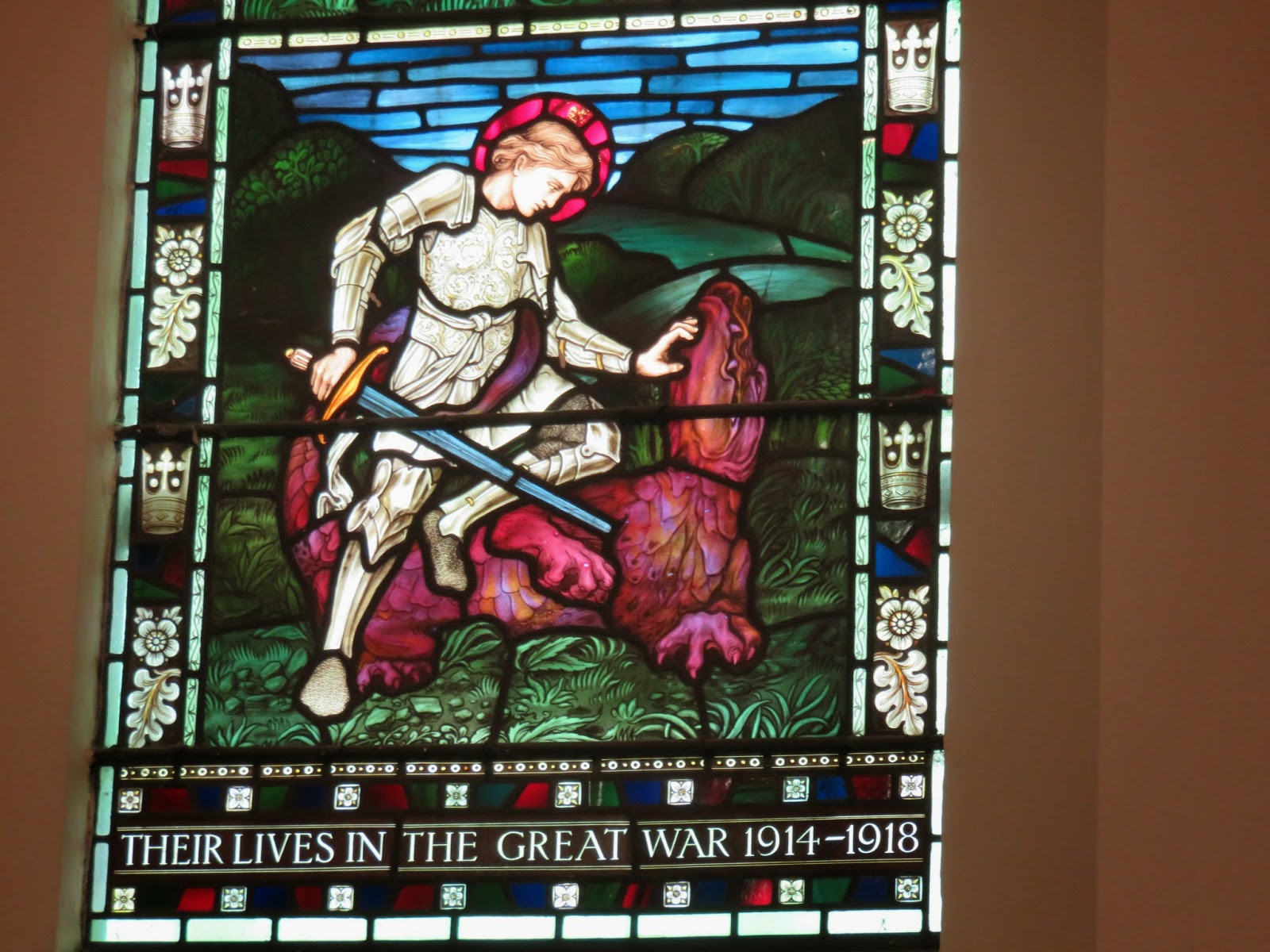 I think these are fabulous - such a treasure in such an unassuming place. 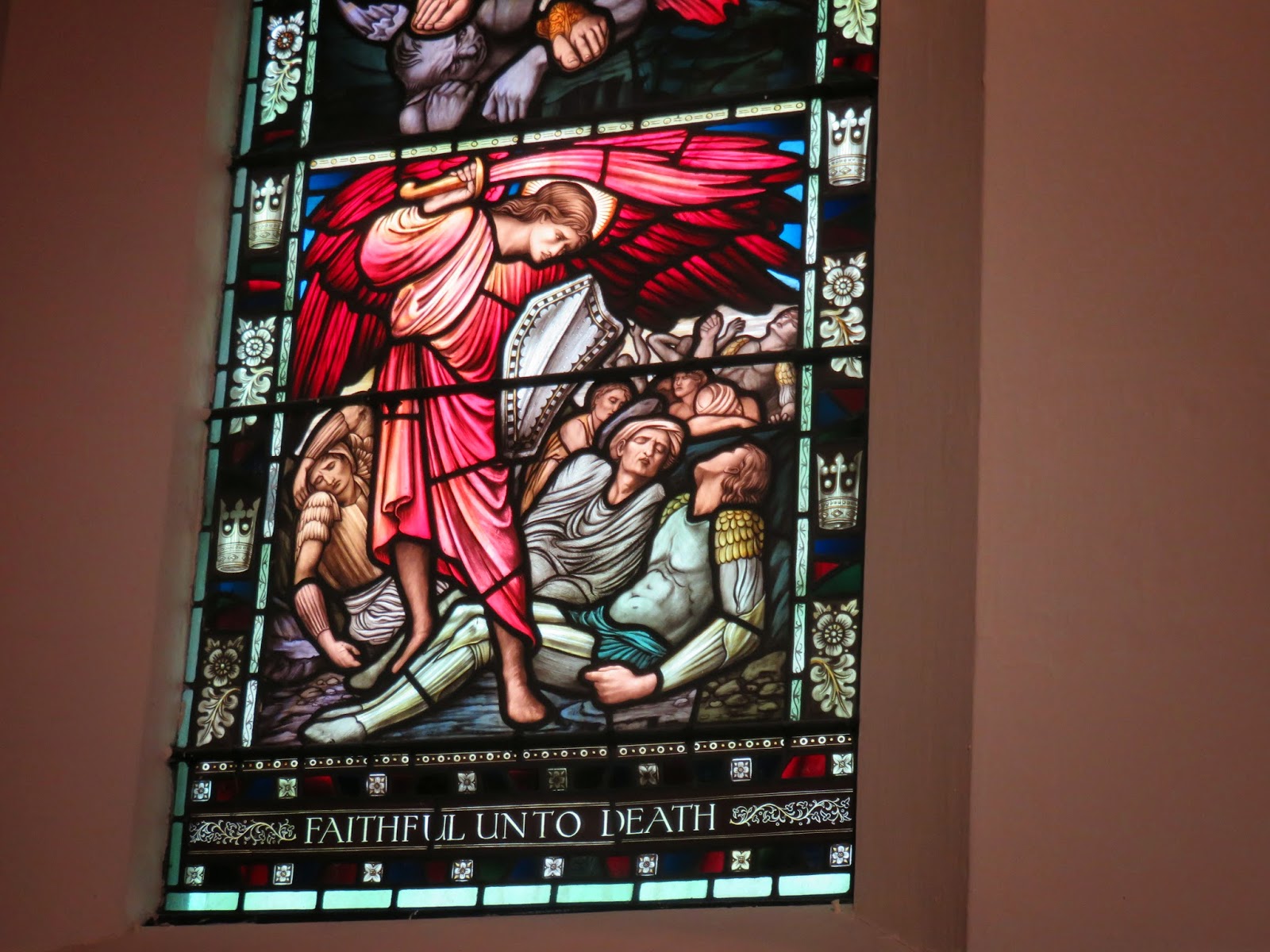 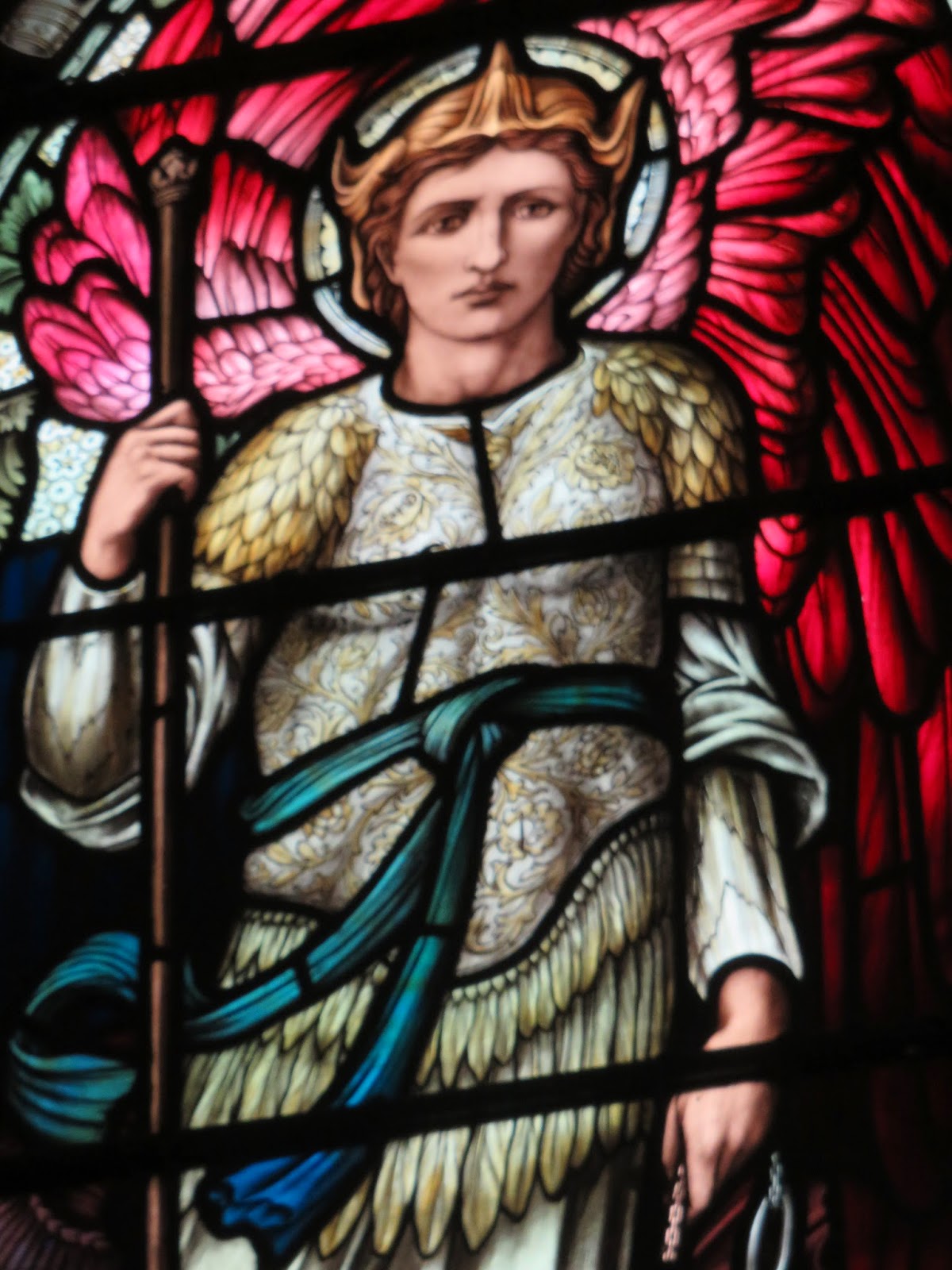 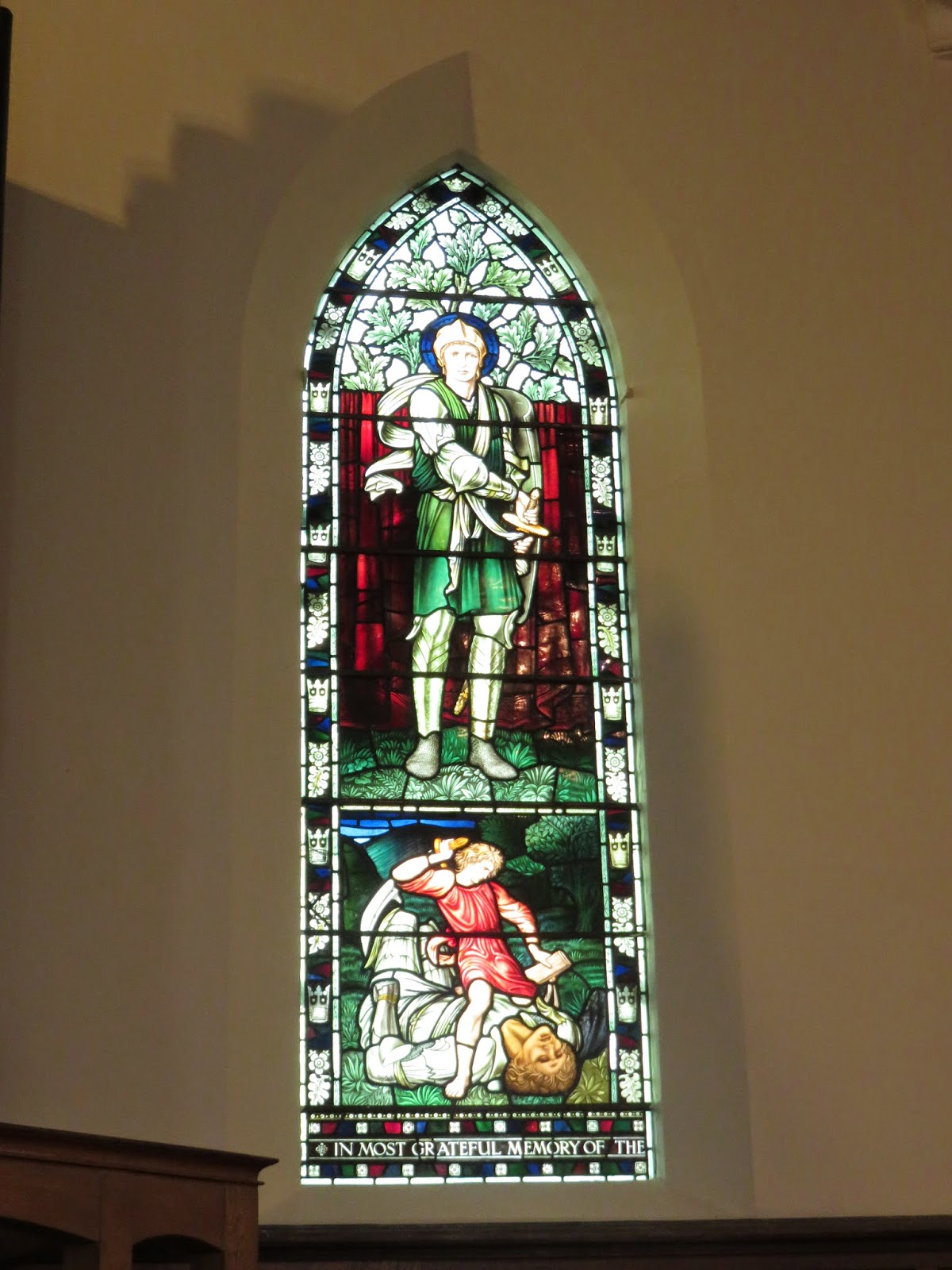 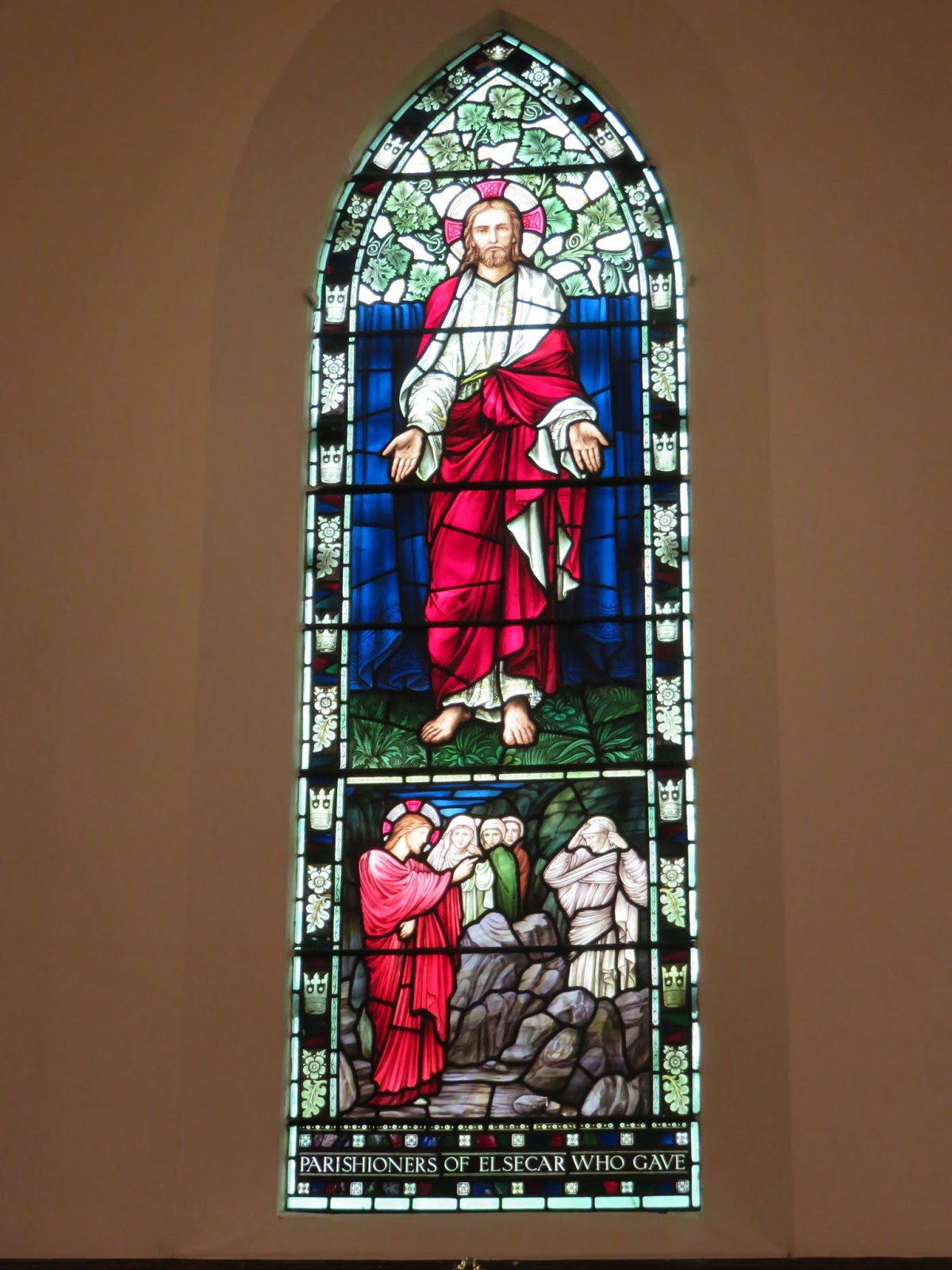 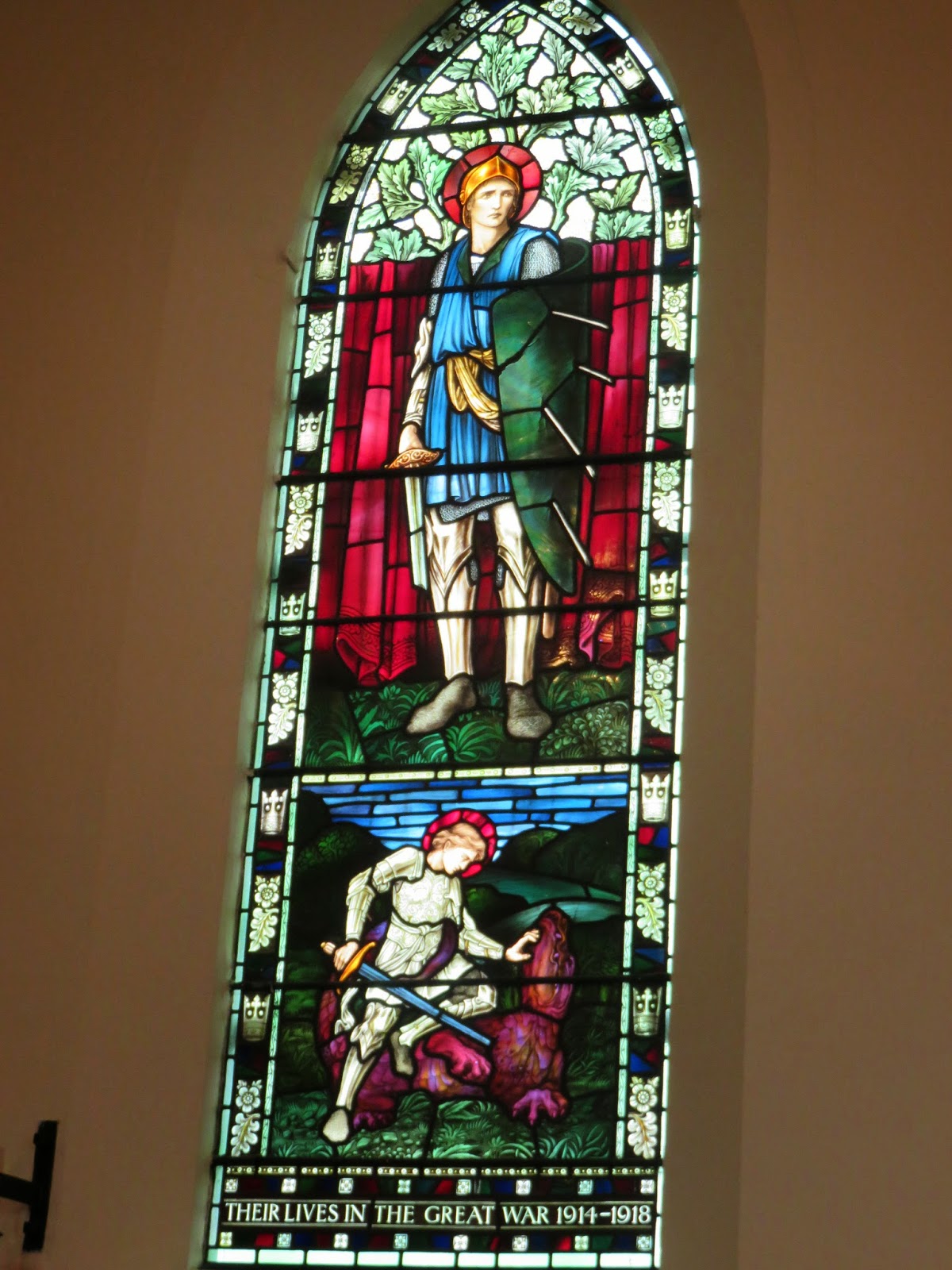 I hope that you enjoyed them as much as I did. 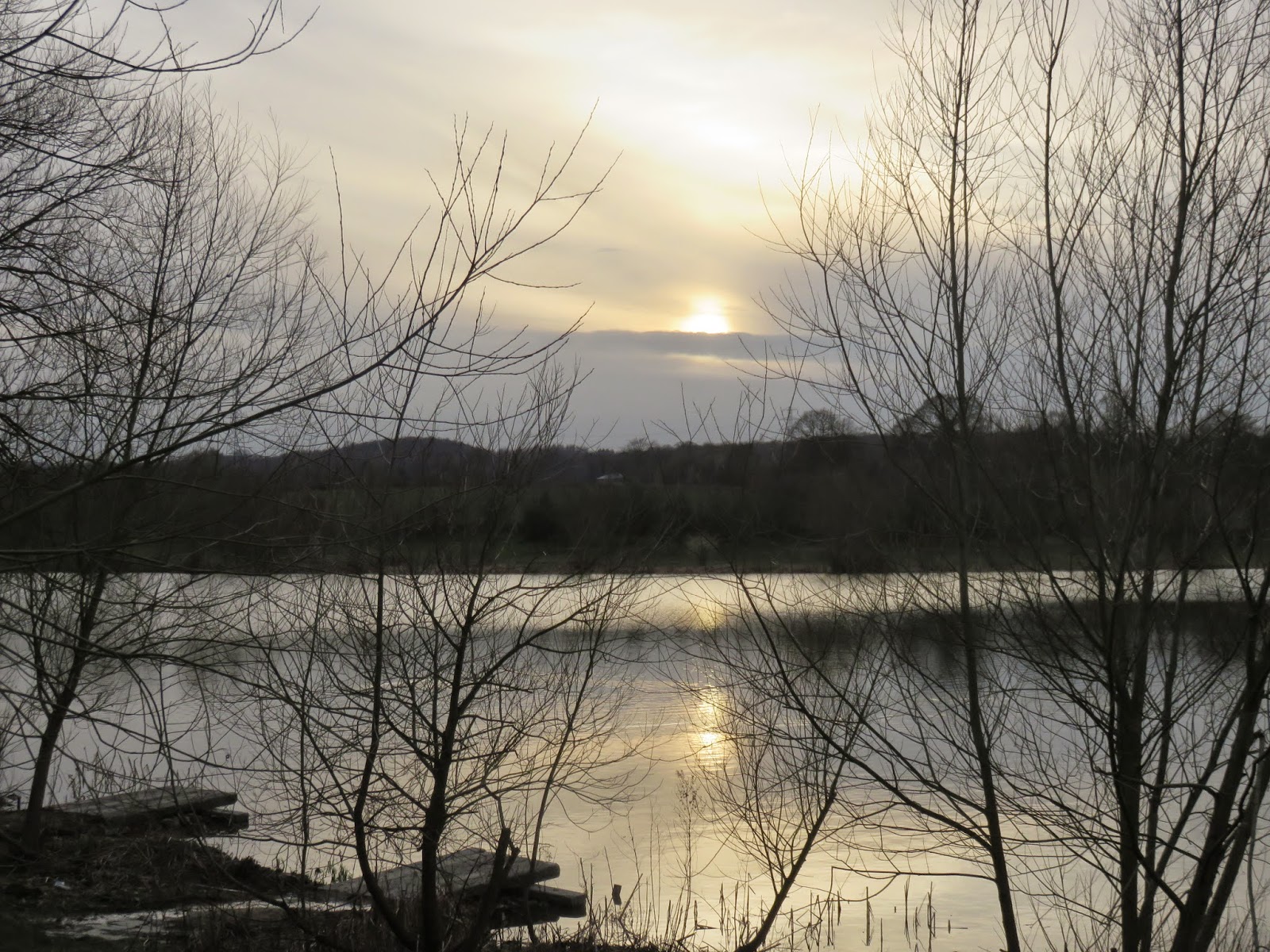 Have a lovely Easter each and every one of you.
Posted by Diane at Thursday, April 02, 2015

Wow what a delightful trip.... the stained class is gorgeous.... happy easter!x

Such a lovely post! Thank you - especially for the beautiful stained glass!

What a wonderful village and how lovely the cottages all look, wish I could time travel and see what it was like when the collieries were there and the mill working. It is a shame that many of the small shops have been lost to big supermarkets but I feel there is a backlash in the air with people turning again to markets and smaller shops and local produce. The windows are fabulous, such rich colours. I remember during the miners' strike my parents helping my cousins with money and boxes of essentials like soap powder, shampoo and etc were sent too, such a harsh and sad time:)xx

If those village hall walls could talk but what stories they would be able to tell us from the past!
Such a beautiful and interesting place.
Thank you for sharing the stained glass windows, they are stunning.
Lisa x

I want a private railway station! What a brilliant idea.
The whole post is full of little gems that I have gone away and googled. If I'm ever stuck near Barnsley I shall be sure to drop by Elsecar for a look.

Thanks for taking us along. It's nice to see these littler-known places in the UK. They are the "REAL" places where real people lived, learned, worked and died. Such history in those buildings. I am glad they are all still being used - even if it is not for the original purposes!

I love the "Butter and Milk" club building by John Carr! I always wondered about its origins & use - we quite often visit the monthly antiques fair in the Heritage Centre.