Why football can be a good thing.

Last year, Hubby and the young man were devastated when their football team, Sheffield Wednesday were demoted to a lower league. However one blogger - with her finger on the pulse - noted that her local team would be in the same league, so there may be the chance of a meet up.

So, as the young man had never been to an away game, and it was hubby's birthday, I organised an away weekend to Southampton - the other end of the country - so that they could watch their beloved team lose 2-0 to Southampton.

Actual, that's what they thought - but the real reason was that I could meet 2 of my favourite bloggers. I was supposed to meet them in the park, by the monument for the Titanic Engineers. The park had about 100 monuments in it, and nobody in Southampton knew where this monument was!!! How could they not!! It is a beautiful monument. 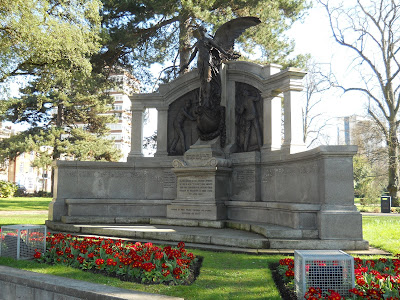 And then they arrived!! The wonderful Lisa from Jumble and Jelly and the gorgeous Clare from Summerfete. Lisa brought her amazing children S and T who were so entertaining and had so much stamina to keep up with us all day! 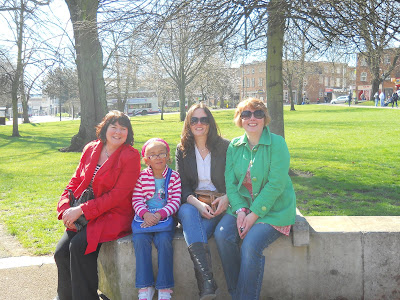 (as you can see, Clare was actually the centre of attention all day, but she did bring chocolate - so fair do's). 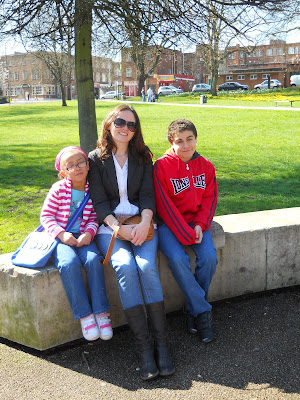 I find it amazing that relative strangers can meet and get on so well. We chatted and laughed and got on famously all day - I can't find the words to tell you how lovely it was. It was like meeting old friends - but then again, I knew it would be. Although we 3 have totally different lives, we also have so much in common - we never stopped talking all day!. We had a truly wonderful time. Lisa had organised some tremendous blue sky, a cultural tour, a bit of shopping, a picnic and a wonderful and much needed tea stop (where time stood still and we seemed to spend well over an hour and a half drinking 3 cups of tea!!!!). 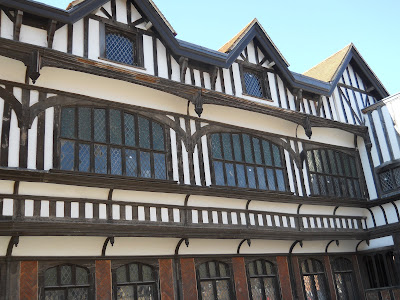 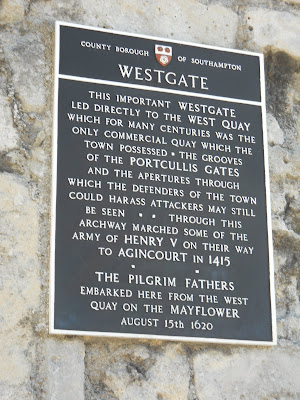 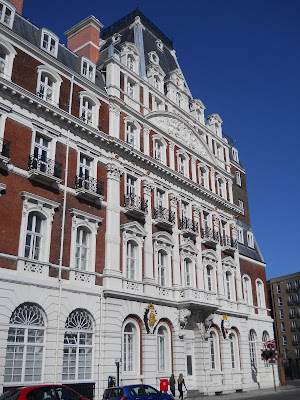 Clare was glad they brought me as she thought I might make Southampton look good in my photos - but I think the blue sky did that! This used to be the hotel where liner passengers (and the Titanic passengers) would have spent the night before their voyage, 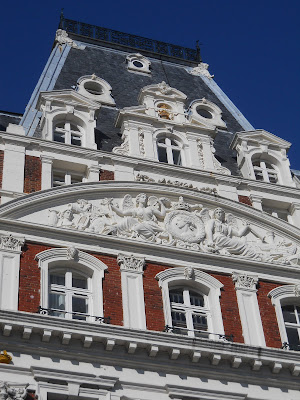 And this was the offices of the White Star line where relatives of the crew waited for news of loved ones. 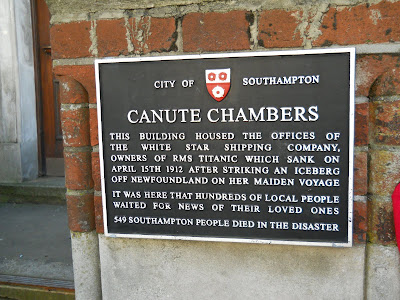 And near this spot, King Canute tried to hold back the tides (I didn't realise that he did this in Southampton!!!) 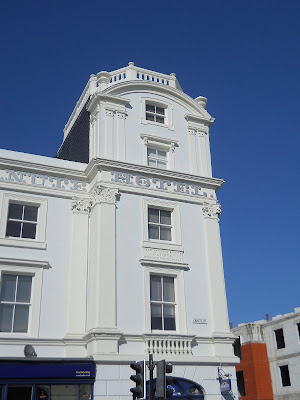 And some of the crew of the Titanic missed the ship as they were drinking in here!! 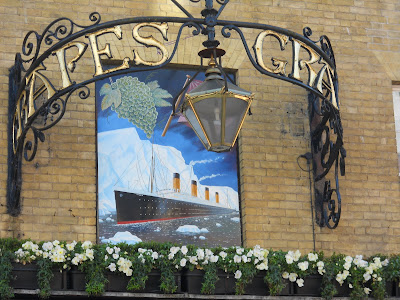 All too soon, we had to say goodbye - we had spent almost 8 hours together, but it went by far too fast.
Here's hoping that both teams are in the same league next year! Otherwise I'll have to find another excuse for visiting Southampton!!!
Lots of love to you both ladies - I am so happy to have you for my "blends" (bloggy friends according to Clare's hubby)
xx
Posted by Diane at Sunday, March 20, 2011

Oh, I would have loved to meet up with you too!!! If only I'd known you were going to be down here, I could take you to the Engineers statue blindfolded!!!! Maybe next time..:)

Can you find an excuse to extend your bloggy tour to Scotland - we're starting to feel left out!

Sounds like a great day, well done for all meeting up and having such gorgeous blue skies too!

Very impressed with the white star buildings- they are lovely . glad you had a brilliant day x

How blue does that sky look?! And we look a pretty colourful bunch too I reckon!
Thank you again Diane for coming to see us, it was a fantabulous day. Hope the boys enjoyed their trip too, despite the score.
Like you said we'll definitely do it again sometime,somewhere.
Lisa x

What fun to meet up with two new bloggers and for a whole day. The weather was lovely over the weekend so that blue sky looks fantastic as do all your photos. Diane

I sometimes go to away matches with my husband - except I check out the charity shops, not the opposing team!
Liz

Looks lovely have been to Southampton a fair few times as my sister and her family live nearby. I was actually thinking I might have bumped into you - accidentally of course - at the antiques fair at Elsecar yesterday. Sure one day out paths will cross. Love your red coat btw.

You lucky thing to meet the lovely Lisa in person! Have you noticed how much you look alike her?! I'm really impressed.. :)
xxxxx

Looks like a fab day out and you sound to have had lots of fun too.

It was Great!!
Sorry if I was centre of attention, I'm not normally, it must have been the chocolate.

I hope you enjoyed yourself, I felt mean leaving you on your own to explore Ikea!

Hope your men enjoyed the football, did they win?

Well planned! Sounds like you had a super day with your lovely bloggy friends. What a deep blue sky you have in your photos:)

Beautiful skies! But, are you on the left or the right in the photo?

I never knew King Canute did it there either

Glad you had a great time, there are some amazing people out there in blog land!

It seems you all 'blended' very well together! Fascinating stuff regarding the titanic and the lucky ones left behind because they were drinking! The beautiful blue sky must have been an added bonus for you all. x

You're clocking up 'blends' meetings at a huge rate of knots, hopefully you'll get down to London one of these days!! Fascinating stuff about Southampton too, thank you! x

PS - I'd never heard of zumba before, I must check it out if it's that much fun as I need to do some exercise and most types leave me cold.

It looks like you had a wonderful day. I'm more of a Pompey gal!

Ah, thats great! sounds like you had a splendid time!!

Was just reading Clare's account of your day too - sounds like a wonderful idea - a real winner ... unlike the footie!

My weekend was similar re "blending" - great word! Which class are you going to at Hope and Elvis - Tweed bags - 10th or 11th Sept?

So pleased to hear the boys enjoyed the whole experience.Now you need to get the football fixture list for the rest of the season and see what other blend meetings you can set up!
Lisa x

So glad you had a lovely day in the South with your blog buddies. Those blue skies are really very impressive. Our home team is Brighton & Hove Albion, in the same league no less! x