Ive never owned a bike before. My dad had witnessed an accident involving a child and a bike, so we were never allowed one as kids. So, at the ripe old age of almost 52, I decided that I should remedy this. So here she is! 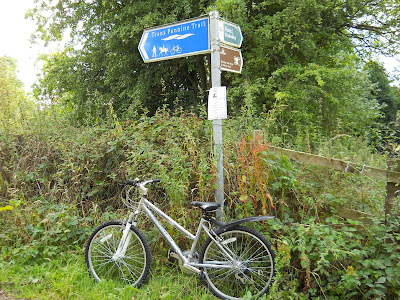 Now the problem with a bike in South Yorkshire - and especially my village - is that the area is very hilly. And I don't do hills (only downhills!). So hubby decided that after work today, he would find me somewhere flat to cycle. About 2 miles from home, is a stretch of the Trans Pennine Trail - a network of tracks and trails that stretch from Hornsea on the east coast to Southport on the west coast. The bit we cycled on this evening was a disused railway line and so fairly flat and traffic free. 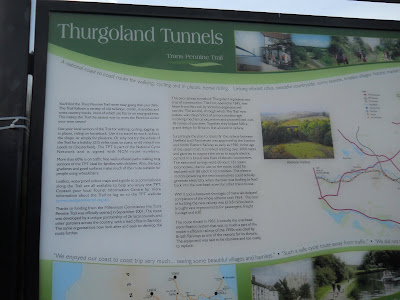 Its in an area that I know really well, but Ive never been on the trail and I discovered places that I never knew existed. To my horror, I discovered a tunnel! And a particularly nasty one too, it has a twist in it so you can't see the end. But it made me cycle faster! 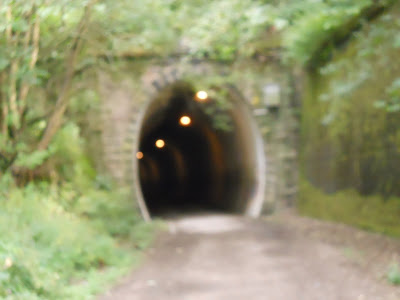 Every place looked different from the old railway track - here we found the river Don in its early stage running through. 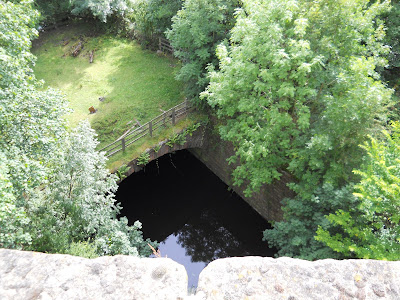 The area is so much bigger and wilder than I thought, 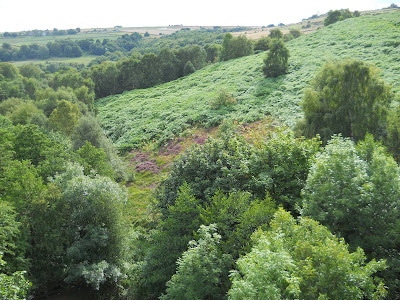 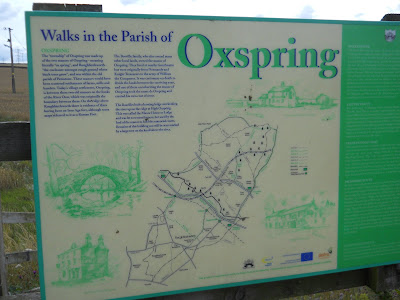 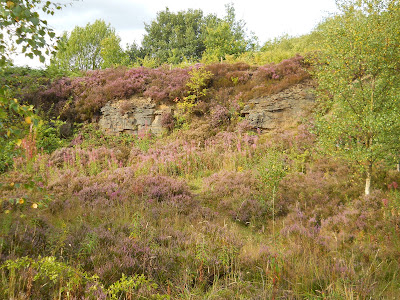 In the distance is Wortley Top Forge - to my great shame another place on my doorstep that I have never visited. I have put this on my "list" now! 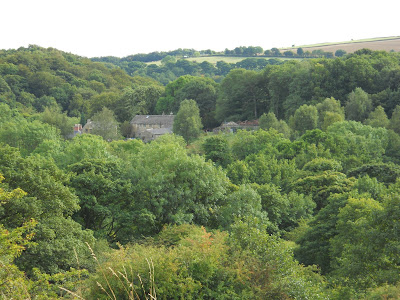 You'll have to get used to it gradually! A lovely ride through fascinating scenery.

haha know what u mean, it really hurts your bottom!! I have a bike in the shed, only been out once on it tho ;(

Woo hoo, a bike!
Having the right saddle helps a lot. I have a Brooks sprung leather one (a surprise extra birthday present from hubby, I think he just wanted to stop me moaning), it's quite expensive but definitely the most comfortable saddle I have ever had and I woudn't change it now. As an interim measure you could try a gel saddle cover and get yourself a pair of padded cycling shorts.
Happy pedaling!

Congratulations on having your very own bike. I'm sure you will have many hours of fun cycling. Perhaps a gel seat might help with the sore bottom. :)
Enjoy,
Anne xx

This has opened up a whole new world Diane - I love that tunnel and yes! I would be pedalling faster - well done!

As an "early" teenager I was offered the choice of a dog or a bike for Christmas - I chose the dog.
Never owned a 2 wheeler bike but used to borrow my Godmother's when I visited, I was really good, providing there were no right turns!
I think I am correct in recalling that the Transpennine Way goes past the Old Moor RSPB site - fantastic place.

Biking is fun and great exercise...the "seat" issue gets better as you get used to it! There are also gel seats that help. Happy biking!

Anna at the Doll House said...

Oh Diane, I have childhood memories of visiting Hornsea: not to go to the seaside, but to the pottery. It is very flat there.

Well-done on finally becoming a cyclist: you'll get used to it in no time. Then, there will be no stopping you.

I'm 52 too and never ridden a bike either! have always wanted to - very scared, but we found a stolen bike in the woods this week and the police have said if nobody claims it we can keep it - so this could be my moment? Looking at the beautifull route you took has opened my eyes to the possibilities that lie ahead. Congratulations on learning something new and having so much fun. Bettyx

I can't imagine not having my bike - though I am glad that Suffolk is relatively flat - I've the wrong sort of legs for hills ;)

Well done you, Diane. I was in my 40s when I took to riding a bike again (I've not choice, my partner and daughter love to cycle). I have a permanent problem with an uncomfortable derriere (as you put it). I have padded cycle shorts and a gel seat - to no avail. I must have a particularly boney ass (as someone once said in a film who's title I can't remember - sorry).

I wasn't allowed a bike when I was young either! Always wished I could cycle. Guess its never too late. Well done!
Liz @ Shortbread & Ginger

Yay you got a bike!
There'll be no stopping you now! Hope you have lots of lovely trips out in your (uncomfy) saddle. G bought me one of those gel covers.
Lisa x

I know! That was my reaction when I got a bike a few years ago ... why can't they make bike seats like armchairs?

Sounds like great fun, Diane - you'll be wizzing along those canal towpaths now! It's years since I rode a bike and that was around Rutland Water over 20 years ago - don't think I could stay on one now - you are very brave:)

Love the new bike :) it will keep you fit as well as being able to discover more local gems :)

Well done you! I cant' ride a bike, though might be inspired to try now.

'Art of the Sea' BBC4 yesterday eve, included footage of St Ives, Porthmeor Beach, studios and the Hepworth Garden - did you see it Diane?

Yayyyy! - Will have to meet you on the 5 pit trail - G has just got me a bike for my back to fitness regeime...

how great to be able to cycle around such a beautiful place. I am pleased you have your bicycle at last. But know what you mean about not doing hills and the effect on the rear end. I am 50 so sympathise.