On the recent Bank Holiday Monday, hubby and I took ourselves off for a cycle ride around Clumber Park as we knew it had some traffic free cycle tracks.
Whilst the visitor centre bit of the park was busy, the outer edges and deep in the forest, at times there was only us. It was lovely to keep stopping and sniffing the pine in the air. It smells so earthy at this time of year. 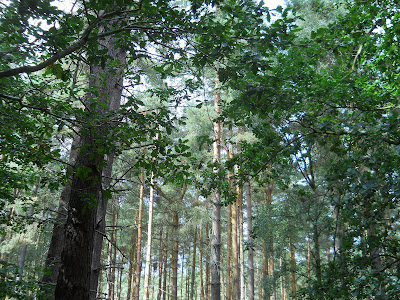 We've not been to Clumber for a few months, and they have made some big changes. They have opened a bit of a swanky restaurant in the lovely old head gardeners cottage. 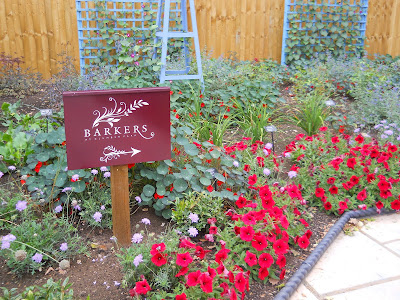 The new restaurant is called Barkers - I'll have to give it a try. 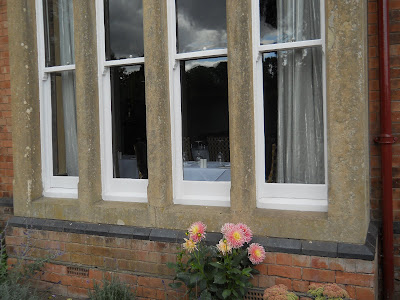 They have opened a new discovery centre too. 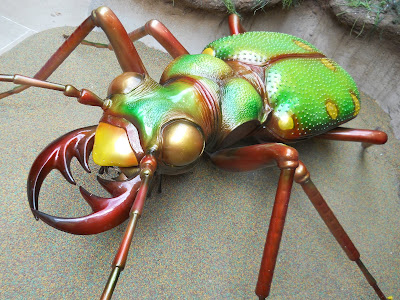 I have to say, that although this is very swish, I preferred the old conservation centre with its real "nature table" type exhibits and information. 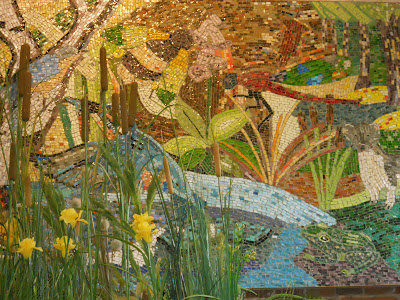 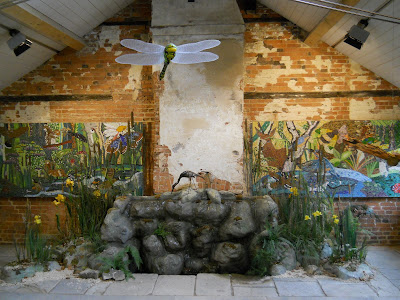 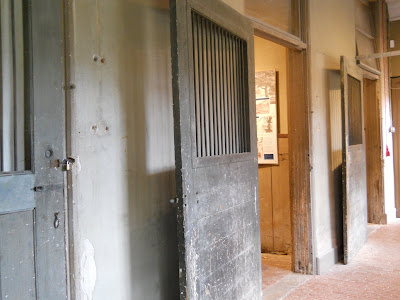 This was the house before it was demolished - such a shame. I read that the Duke had demolished it to rebuild a new place, but then the war came, and he got divorced, so he didn't bother. 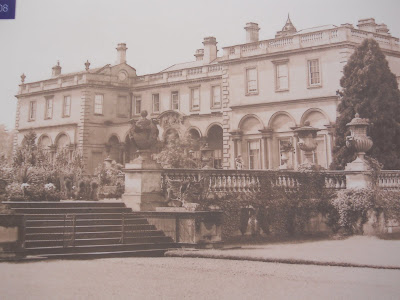 The park was used in the war quite a bit. This contraption was developed to dig trenches - there are still lots of trenches in the park that were dug by this. You can see Winston Churchill visiting here in the photo. 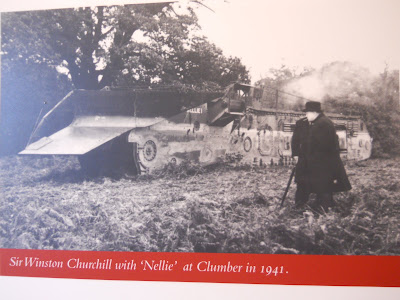 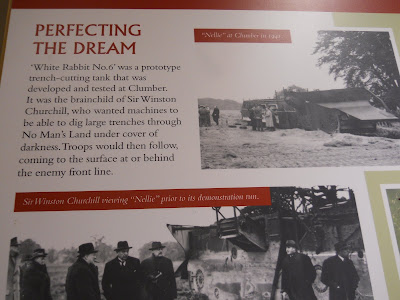 Its a lovely park to visit, and the National Trust seem to have been spending a fair bit of cash on it lately.
Posted by Diane at Sunday, September 04, 2011

It is sad when these lovely historic houses disappear from our landscape.

I love Clumber Park at this time of year! x

We've not been to Clumber this year, very remiss of us, will have to make the effort as we always enjoy walking round the lake.
Carol xx

I really don't like what they've done with Clumber. I preferred it back when it was still fairly plain.

Sometimes they think they are doing things up for the good but it just makes it worse or is it that we all don't like change , I'm not sure . It still looks lovely to me but I never saw it as it was .

I've never seen a photo of the house at Clumber Park before, what a shame that it was demolished. Might suggest we take the girls there later this week and see what we think of the Discovery Centre. I'm rather 'off' the NT at the moment so won't be approaching it in a very positive frame of mind:)

Hello Diane:
We have never been to Clumber Park so this post was most interesting. It is curious how the NT seems to spend money in some areas and not others and for our own part we sometimes think that the new developments that have taken place in some houses have rather spoilt what was there before.

We are so pleased to have discovered you vis Susan at 'The View from Here' and have enjoyed reading back your most eclectic and lively posts.

when we went to Clumber park a few years ago my children were totally convinced it was called Cucumber Park, we gave up trying to tell them it wasn't.

We stayed at Clumber Park with our caravan about ten years ago, and it was lovely. I thought it was very sad that there is no house to go with the wonderful parkland.
You must be super fit now with all your cycling!

How very sad that such a beautiful part of history should just be demolished. I have never been anywhere in your area and I find all your walks and cycle rides interesting. t'other Diane

I saw some photos of the discovery centre on our family web site - one of my neices took her children. I have fond childhood memories of Sundays in the park with a picnic and ball games and walks by the lake. I haven't been for ages and not seen any of the changes. It is a shame the house was demolished - at least at Rufford Park there are some bits of the house left. I wonder where will you take us next on your cycle rides?:)

Clumber Park is another place which I've been meaning to visit for the last few years. What a shame that the house was demolished. I've just been catching up on your previous post, success, well done on a good amount raised, though I think everyone got a bargain at 50p a go, and some had the cheek to haggle at 10p! Tut!

Thanks for your helpful comments over on my blog :) I really enjoyed reading this as I haven't been to Clumber Park yet but I really want to.
x

do u EVER DO NOTHING?
I would love a photo of you and Gaz
sat in front of the tv, (tv dinners on laps) and and slippers on!

go on I DARE YOU
X

Thank you for this. My husband and I did a lot of our courting at Clumber Park many moons ago; its interesting to see how it has changed. x

visiting via Jane and Lance and enjoying my visit. this post was especially interesting and makes me want to travel more in England; so beautiful and informative, thank you.

Beautiful trees in Clumber Park Diane - like you I enjoy the various smells of vegetation at different times of the year. How's the cycling going? x