Nest, we made our way to the Bowery. We loved the work of Tado who are a Sheffield duo. Their installation was an animated depiction of Sheffield life. 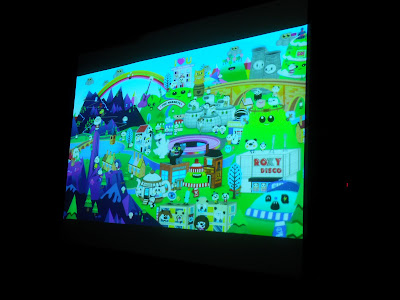 A "still" of this work was in the window of the Bowery - can you make out one of Sheffield's own recording stars? 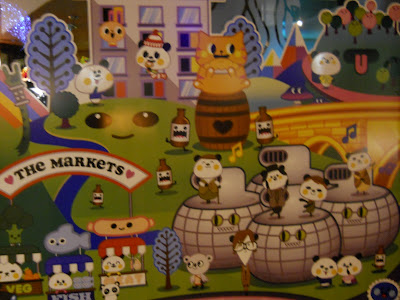 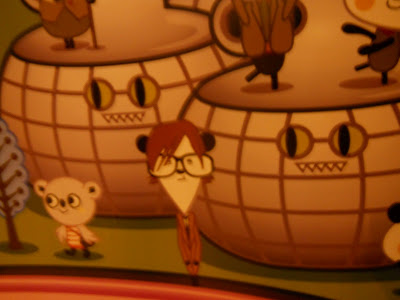 There was great music in most of the pubs - we loved the panda DJ in here. 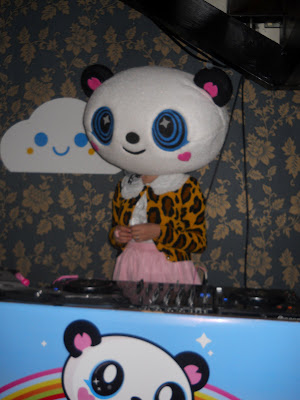 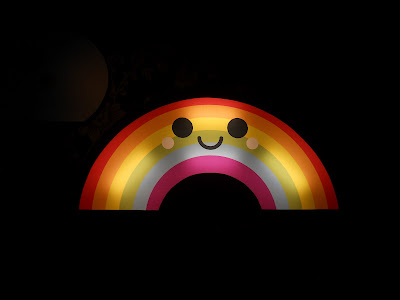 The best "experience " of the tour was in the Washington pub where Warp Films had taken over the joint and made the place their own - love what you did with the place lads. Warp are one of the leading independent film makers in the UK who refuse believe that London is the centre of the universe. I love the last 2 lines of this introduction. 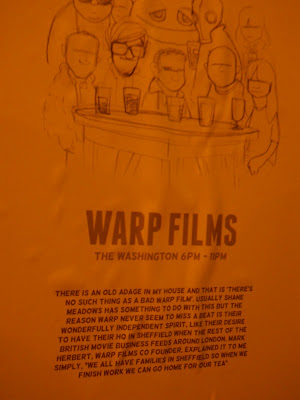 They had turned the pub into one of their films - This is England and had actually got the actors from the film to appear in character! The actors were serving behind the bar, drinking in the pub - it was all very realistic and a bit scary especially when the skinheads kicked off at one point! 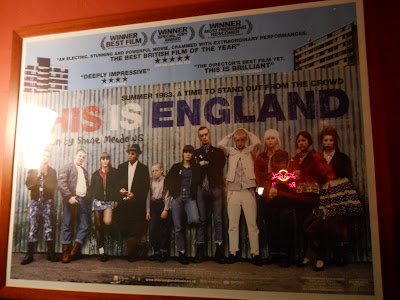 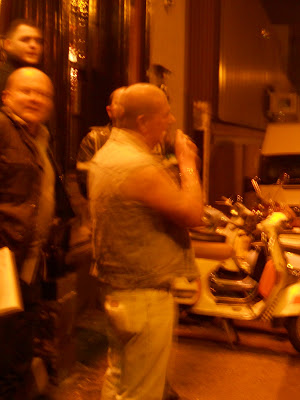 The DQ was a bit star struck and loved having her photo taken with the cast. 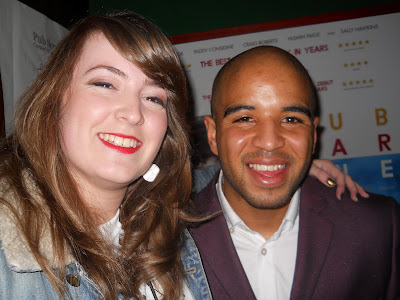 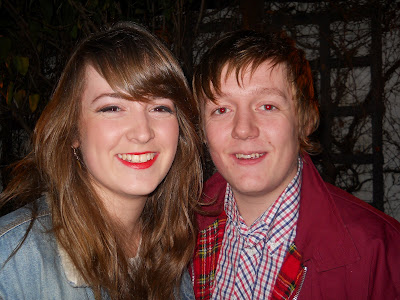 Warp made one of my favourite films - did you ever see Grow your own?
Our next drink was at the Forum. I loved the work of Sarah Abbott and would love to see some of her work in my own home. I'm going to visit her shop for a look around. 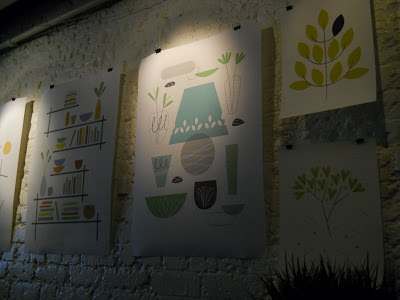 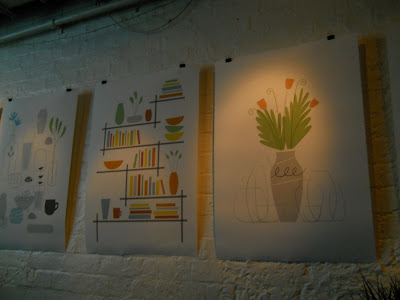 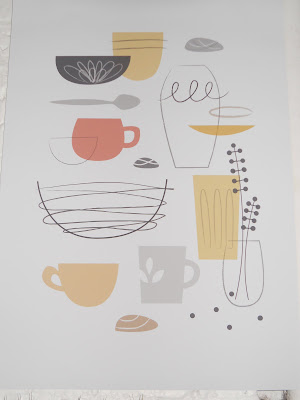 Next, we were supposed to go to the Frog & Parrot, but it was packed and so our group did the Conga through the pub, then some of us went for chips!
For those concerned with our alcohol intake, we didn't manage a drink in each pub. I was driving, so I was on fizzy water, hubby had a few halves of Thornbridge ale, and the DQ is a bit of a light weight drinker and felt tiddly after an Archers and lemonade and a cider!
Next up was the artist GEO at the Great Gatsby pub 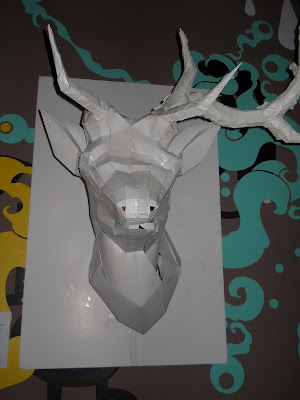 And then across to Bungalow and Bears where Fine and Dandy seemed to have filled the place with decorated cardboard boxes. This was nearing the end of the tour and all the blokes (and some of the ladies) decided to "play". They had loads of fun building huge towers and walls - then knocking them down again. As this was one of the last pubs on the tour, a long line of revellers could be seen walking out with a box tucked under their arms! 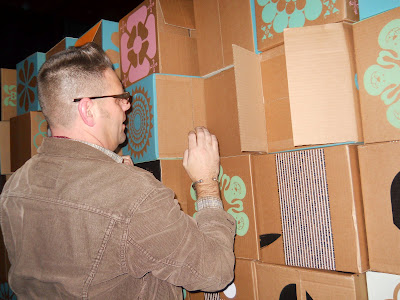 We did make it to the last pub, and the Everly Pregnant Brothers had promised to play their Ukulele's for us, but it was absolutely packed and the DQ said she was tired and had work the next day. (There is a striking similarity between Saffy and Edina and the DQ and I!!!) so we left the tour at this stage.
It was a great evening and I hope that they repeat it again. It was very popular and a great showcase for some of the marvellous home grown talent that we have in the city.
Posted by Diane at Sunday, January 22, 2012

It sounds like a great night out, certainly something different. I saw Grow Your Own, I really enjoyed that film having an allotment of my own.

What a great pub crawl, brilliant idea to have the art in pubs.
Carol xx

What an absolutely brilliant idea. I loved reading about it and bet it was great fun. I remember seeing "This is England" and enjoying it and think it would have been great to see the cast. I just love some of the art work.

I thought you were having fun in Part one but it gets better and better. T'other Diane

What a great night out. I enjoyed Grow your own and all the This is England films, hope thye carry on doing them.

I loved your comparison of yourselves to Saffy and Edina!

This sounds like a fabulous 'alternative' night out. I was really taken with Sarah Abbott's work. I remember my Mum having curtains in that sort of design when I was tiny. I wonder what happened to them...?! Jx

'Absolutely Fabulous'! xx (poor Becky! LOL! At least you don't have the same taste in clothes as Edina!

All those cardboard boxes look like a lot of fun! I can imagine how scary the skinheads must have been, DQ looks very happy though!
I think it sounds like a really fun evening. Hope you get to own a piece of SA work.
Lisa x

wow....how utterly fabulous.........what a brilliant idea......was so inspired by my hero Hockney went out and bought a pen and drew a picture.....plan to do this every week to get back into the habit, it's been awhile!!

What a great idea Art in pubs. Sounds like the best pub crawl.

What a wonderful post Diane! I loved "Grow Your Own" so lucky you to meet the people who produce this type of drama.

I laughed when I read the name "Everly Pregnant Brothers"....... wonderful!