By the side of the Don

The second part of our riverside walk on Sunday took us by the side of the river Don. There are lots of derelict industrial buildings by the side of this much bigger river. I always am struck by the beauty in this decay. 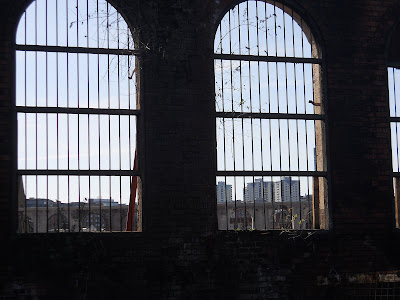 We headed from the confluence of the Sheaf and Don over th Lady's bridge. 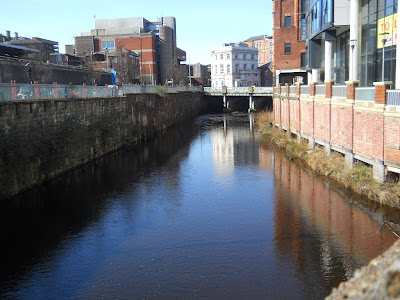 In the devastating floods of 2007, it looked at one point as if Lady's bridge was going to collapse 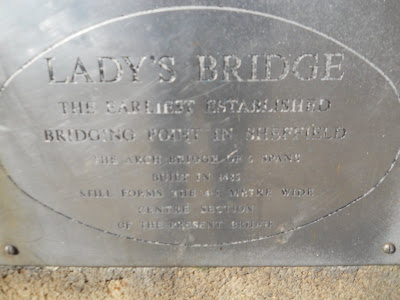 Fortunately it was rescued. 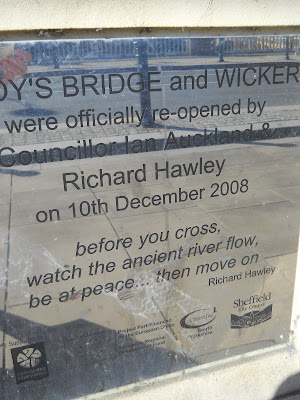 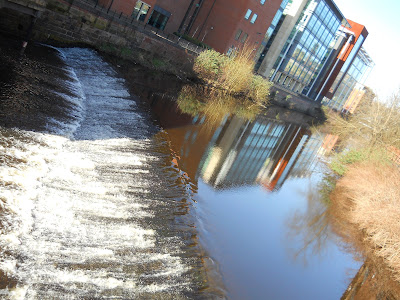 When the big steel works sprung up in Sheffield, then so did the big breweries. When hubby started as a rookie policeman in Attercliffe over 30 years ago, he remembers the steelworkers night shift finishing and they would go straight to the pubs that were open from 6am in the morning, for a swift couple of pints to replace the fluids that had been lost due to the heat of the furnaces. 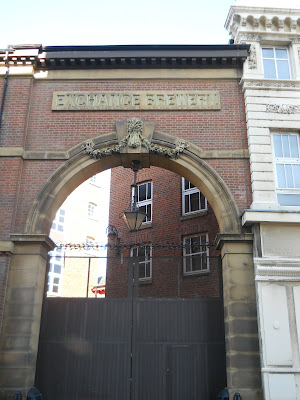 None of the big breweries remain (although many very splendid micro breweries have sprung up!). I commented to hubby that I used to hate waiting for the bus on Lady's bridge when I was little as the smell of the hops mashing at Whitbreads brewery was awful. It reminded me of school dinners carrots! However I wish it was still up and running today. 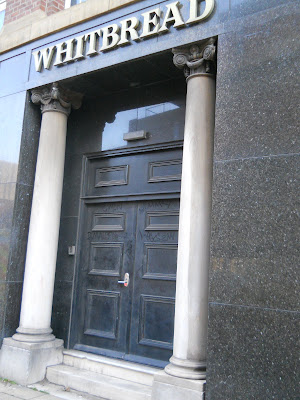 Our destination was the wonderful Fat Cat pub - a treat for hubby's birthday. Kelham Island Brewery is one of the microbreweries, and the range of craft ales on offer is astounding. 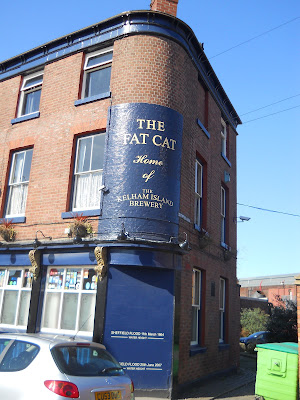 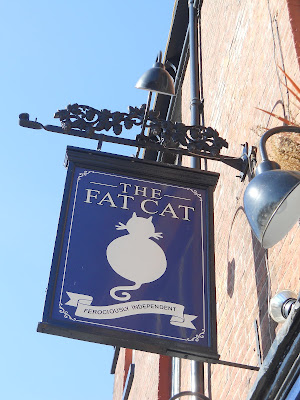 We couldn't complain at the Roast Beef dinner for £5 either - with real and very tasty vegetables. 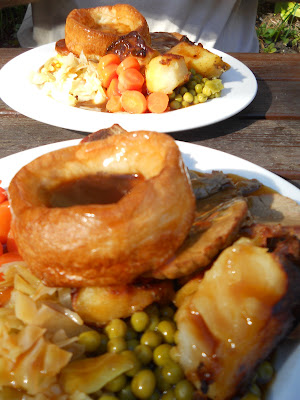 After lunch we had a wander around the edge of Kelham Island Museum which is a perfect combination of very old Sheffield and very new. 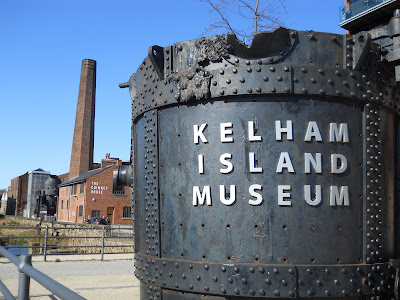 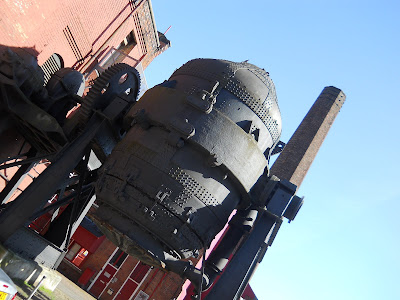 It makes you think around this area just how much our city has lost losing its manufacturing base and all the skills associated with it. It makes me angry and sad. 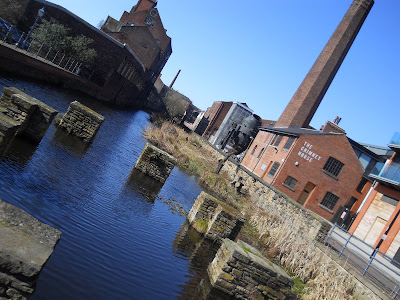 And then we wandered back across the city again. You know that we have some fantastic Grafitti artists in the city - we loved this piece outside the Riverside pub. 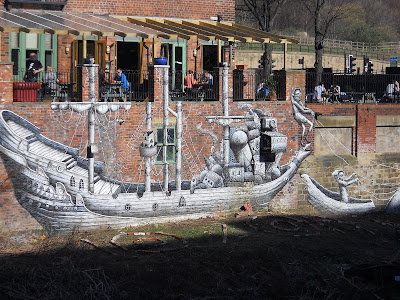 And I loved how the clear skies and sunshine were creating reflections on the river. 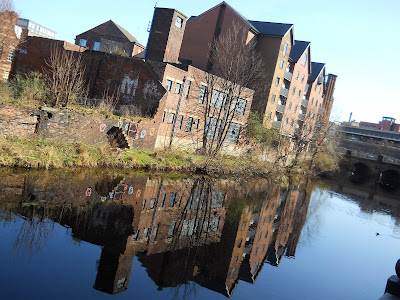 We detoured slightly to photograph the old townhall on Waingate which is now unused. I don't think anyone has any plans for it. 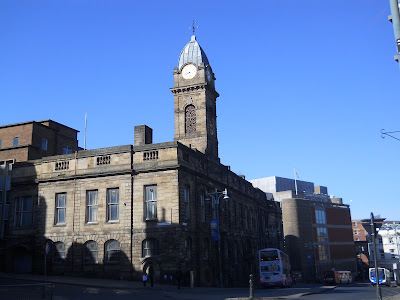 And we also had a walk up to have a nosey around the newly refurbished Park Hill flats. 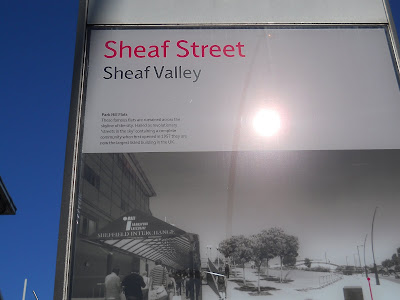 I was hoping the show flat might be open but I don't think it was. The Sheffield skyline has been dominated by these flats since the late 50's/ early 60's, and whilst most people would have loved to have seen them flattened, if they can rescue them and make them a pleasant place to live again, then its worth a go. I like what Urban Splash is doing with them and I think the first phase of sales went well. 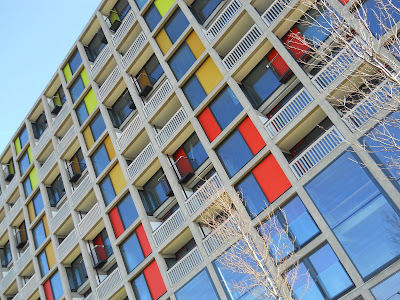 The refurbished parts above are a vast improvement on the drab run down flats below. 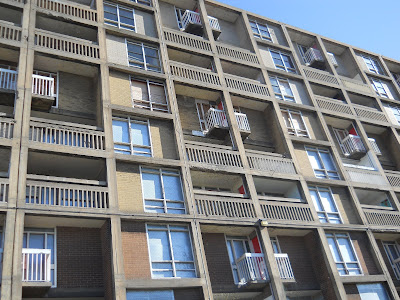 THANK YOU FOR THAT... been a few years since I last saw those sights!

Yes, makes your heart hurt when we think of all the jobs that have been lost/stolen, the lives destroyed/wasted.
The only good thing is that the Don has come back to life now the pollution has gone.
Carol xx

Thanks Diane, I love reading your Blogs, especially the ones about Sheffield, I couldn't wait to read what was under Sheffield station, I'm just waiting to find out where the cafe is that you and your daughter visited the other Friday night (or did I miss a post?)

Most fabulous piece of graffiti art on that wall. £5 lunch with a big yorkshire pud, what's not to like, apart from all that cabbage!!
Happy birthday Mr H.
Lisa x

I am also very sad about Sheffield's lose of industry. My Dad was made reduntant as a manager of a steel works in the 1980's. None of the big steel names exsist now - so sad!

Lovely, Diane. I never thought about the route of the Sheaf before. I was brought up in the cutlery trade (remember that?) when there were "little mesters" scattered all over the city. It's so sad that they're all gone along with the steel mills. Wasn't the Lady's Bridge brewery Tennants? I recall going round it from the pub next door's cellar & finishing up in the tasting room rather intoxicated.
I read all our posts and just 'cause I don't say anything doesn't mean I haven't enjoyed them - just nothing to say except "Great post Diane" which would become a little repetitive.
R

Lunch looks nice, hope he had a good day.

Wow - so many great things in one post! I also live in a former industrial town and it is really sad to think of all the skills and knowledge which have gone now. Love the graffiti galleon - incredible!
Liz @ Shortbread & Ginger

I know what you mean about that brewery smell I always notice it when we go to Burton on Trent. What intrepid explorers you and your hubby are - the birthday meal looks very sustaining after all your walking. That riverside grafitti is wonderful:)

Oh I love going on your little walks!
That roast looks wonderful!!!!!!!!

Was the river named after Monty?

Happy belated Birthday to your hubby! Such a yummy treat..mmmmh..my mouth is watering :)
xxxxx

Thos iron mills remind me of that movie The Full Monty. That's what they did in the beginning of the movie. I just adore the pics you put on here, really cool, I love seeing all the places around you, so beautiful. Makes me want to visit the UK even more!

Thanks for showing us around Sheffield. I hope that many of the old buildings can be refurbished and reused. Lunch looked grand and Happy Birthday to the man.

We had Tetley's in Leeds and I couldn't stand the smell of the hops either. The graffiti is brilliant, there's some talented artists out there.

Another marvellous tour, thank you Diane.

That is a marvellous piece of graffito and the lunch for £5.00 is amazing.

Your walks round Sheffield are always interesting.
I too love the old industrial buildings, they look great reflected in the water.