On Saturday morning, we headed for Kelham Island Museum as they were holding a 1940's wartime weekend. 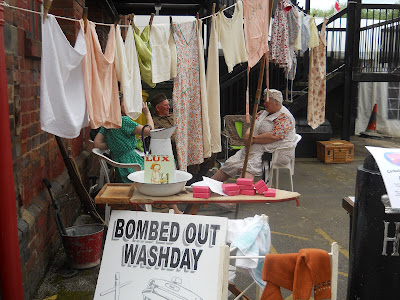 I loved the props and the costumes and the singing and dancing - all great fun.  But the most poignant moment for me was in one of the talks about the Sheffield Blitz.  A very frail white haired older lady had been telling the speaker that she used to work in the steel works when all the men had been conscripted.  She looked about 7 stone wet through and she had been one of Sheffield's "Women of Steel" .  She loved listening to all the stories, but had to put her hands over her ears when they played
the air raid siren and sounds of the bombs dropping.  I think she could have done without those memories.  I watched her later out in the yard - her foot tapping to the band music.  What an absolute treasure. 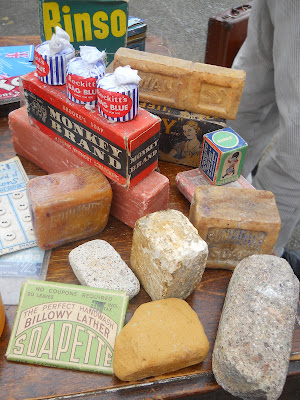 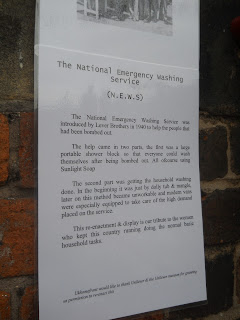 It wasn't very busy as it was the same weekend as Tramlines, but it had a great atmosphere. 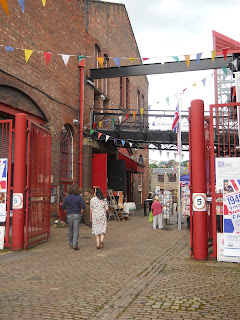 I heard this afternoon on the radio that a German UXB had been uncovered in a busy car park in Hillsborough today whilst they were digging down to put a new sign up.  I bet Sheffield has a fair few of these scattered around - It doesn't bear thinking about! 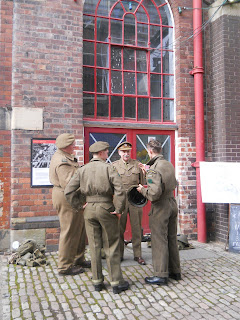 I caught this chap having a cheeky 40 winks. 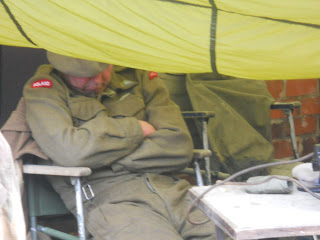 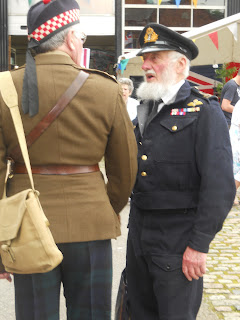 And we had a bit of a telling off from Winston Churchill as he didn't like women gossiping over the garden fence! 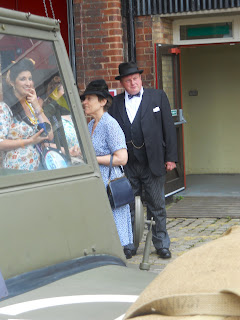 It is good that the youngsters (including ourselves!) are reminded what went on during the war year. Times must have been very hard but they always seemed to be so cheerful.
I am sure that there are many bombs still buried in places and have yet to be found, pretty scary!! Have a good day, t'other Diane

I'd have loved to visit this exhibit had I known about it.

How do you hear about all the wonderful places you go to?

I could never imagine growing up amidst all that British bombing. I really feel for those poor people. They got the crap bombed out of them, and after it was all over, barely anything left. Although, it would be fascinating to see what life was like back then

Ahh, I was going to go to this but picked Sheldon Day instead.... looks like you had a grand time! xx

What a hard time all those people must have had, looks like you had a nice day out.

Enjoyed your trip to the museum. I'm a bit of a WW2 enthusiast since I've been researching my Dad's war history and what life was like for those at home. Thanks for sharing.
Patricia x

What a weekend you had in Sheffield. This event looks so interesting. I used to work with a man who'd been in the Sheffield blitz and lost part of his leg - he was a barber at the time and an air raid warden, long gone now I'm afraid but he would never talk much about it - those sirens must have evoked such emotions for the wonderful 'woman of steel':)

I am always pleased to see that people are keeping the memories alive. Your picture of the soaps took me back to my childhood washing days. Ma used to have Rinso and Persil and Reckitts Blue. Hard work then though, without a washing machine.

fascinating.... am mildly obsessed with all thing WWII...!!x

It must have been such a hard time to live in. I'm gl.
Sarah xd it is still remembered

You'd love the 40's weekend at Crich Tramway too...
Fancy you gossiping! I think Captain Birdseye was there as well!

Rinso? My, how do we survive without it these days? :)

Oh fabulous - I am sure I was born in the wrong era! love everything, wish we could have an exhibition like this near me. Really good pictures, thanks.

You have a gossip? Never! Careless talk costs lives you know!
Lisa x