Leeds Castle (in Kent, not Leeds) has been on my "list" for some time.  I think because of the moat!  It always looks such a romantic place.  So on a bit of a damp day, we trotted along for a visit. 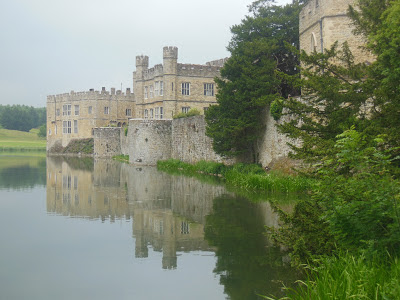 It didn't disappoint.  It stands in a very lovely setting and is very well maintained. 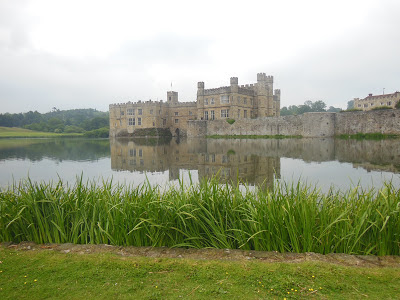 The castle is very old and parts of it show how it would have been lived in when Henry VIII would have stayed here - which he frequently did en route to France. 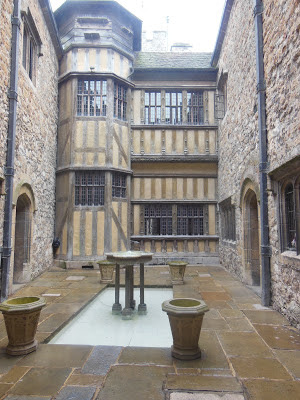 He didn't travel light, and obviously was not fond of foreign food as he took his own!  I wonder if the dolphin was tinned? Love the amount of Eels - Owd 'Enery must have been from the East End! 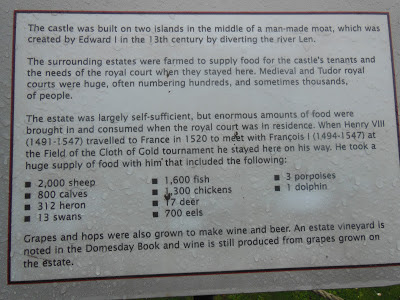 What surprised me though was the part of the castle that had been lived in up until recent times - by Lady Baillie (in the white dress).  She was something of a socialite and film stars of the day (David Niven, Errol Flynn etc) would frequently stay. 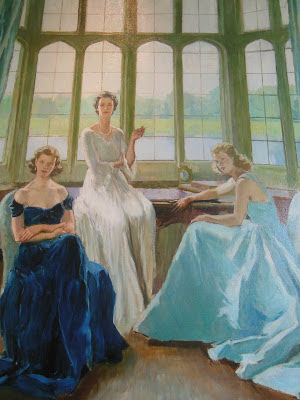 The rooms that she occupied were very glamorous. 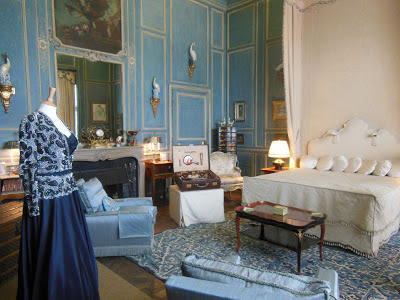 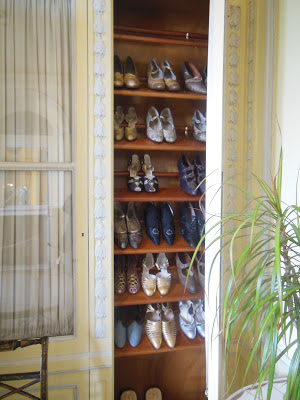 I bet she felt like a princess living here. 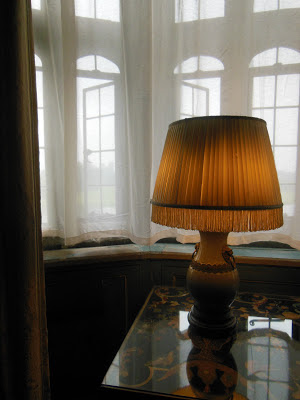 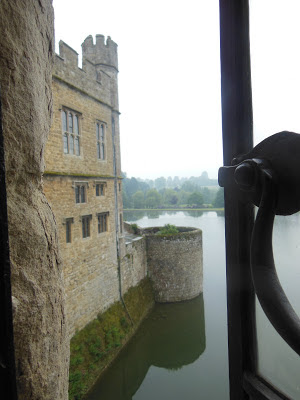 The history of the castle was very interesting as it was often passed down to the wife.  It was often just given away too as owners were often given better offers - ie jobs as governors of American states! They just upped and left! 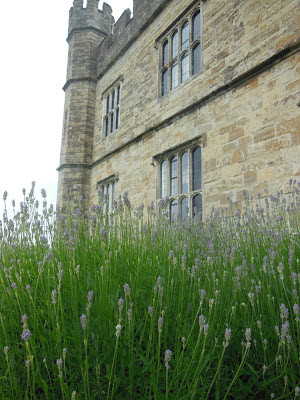 It was lovely to wander around the grounds when the drizzle stopped. 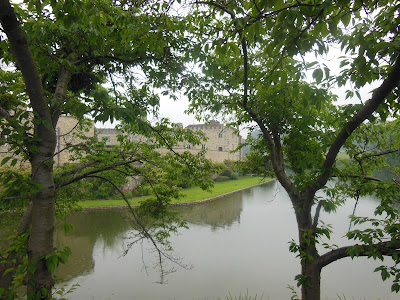 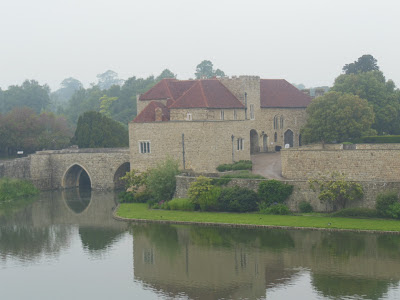 I loved the rare black swans - so dramatic. 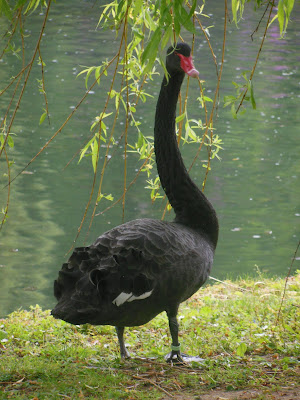 And the strutting peacock. 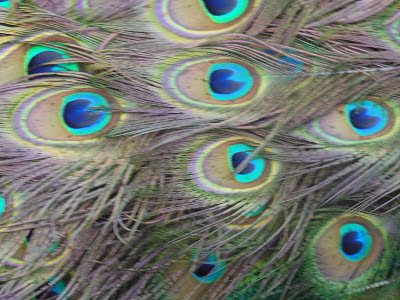 We also enjoyed a display by the Falconer - always so amazing to watch. 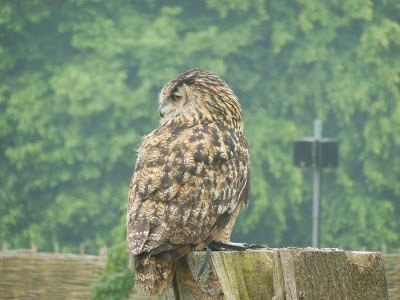 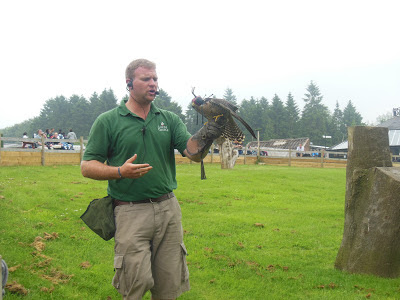 I'll take you on a stroll around the gardens tomorrow.
Posted by Diane at Monday, June 24, 2013

Aaaah, Leeds Castle has been on our list for ages too. You've beaten me to it. We're planning to go next time we stay in London, in the New Year.
Your photos make me even more determined to go now!
Kathy x

What an amazing castle Leeds Castle is, such a pretty place.

Looks like a fantastic place to visit. The painting of the ladies in the window is beautiful.
The black swan is quite something very striking x

I'm not sure why, but that castle reminds me of something out of a Jane Austen novel, not really sure why. Very lovely photos. Pictures like this make me want to visit the UK all the more!! And luckily for me, I'm saving up to go to London. Oh man, if I can study abroad, I'm coming to London!!!!!

Love anything like this, what a wonderful place to visit.

Amazing photos. This look like the type of place that needs to go on my must see list.
June

We love Leeds Castle and visit it often. For many years we have attended their annual open air classical concert in July where we'd picnic in the fabulous grounds. The finale was the 1812 overture played to a fantastic firework display with the castle as a backdrop. Thanks for sharing this wonderful castle.
Patricia x

Leeds Castle looks gorgeous, I have never visited but would love to do so. Lovely pics, Diane! xxxx

The black swan is probably rare because the court ate so many of the darn things!
I love that painting of those 3 women, how much fun would it have been having bothe the dashing EF and DN to stay, both very handsome gents.
Love your photos of the castle.
Lisa x

An excellent looking castle - I'll bear it in mind if I'm wandering further astray. In the photo with the red roofs and bridge it looks almost continental.