On Sunday morning, we packed up and headed a bit further north.  We had decided to go and visit Snowshill Manor.  We had tried to visit twice before, but it was closed both times we went.  But today we were lucky. 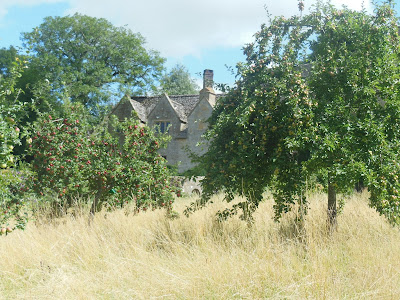 I thought that it had a very French feel about it.  This part of the Cotswolds is so very well kept and picture perfect.  The Manor was bought by Charles Paget Wade to house his collections of "stuff".  He collected anything that he thought was beautifully  crafted and colourful.  He didn't actually live in the Manor, he lived in the little house to the left of this picture in an equally quirky set up. 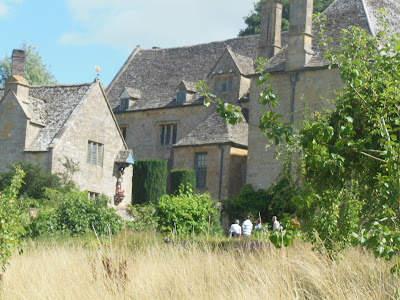 The Manor was derelict when he bought it - it is a totally amazing house to look around and you could spend literally hours browsing his stunning collections. 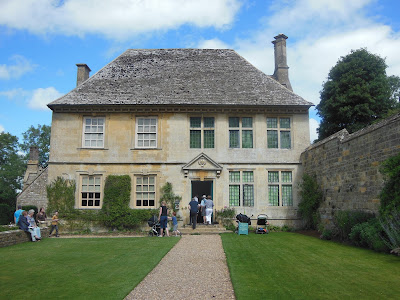 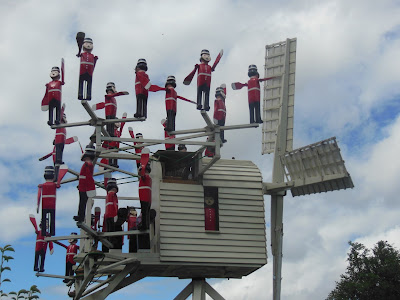 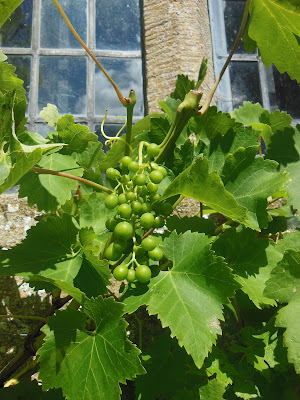 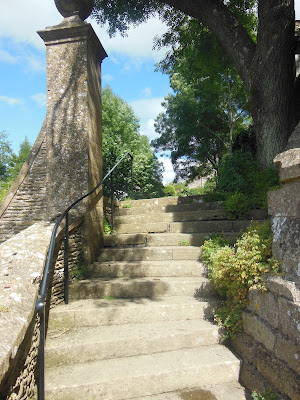 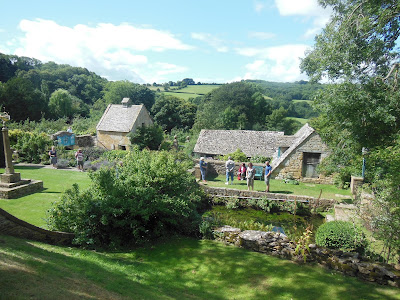 The story is that his gran would not let him play with toys on a Sunday, but she had a cabinet in which she displayed her collections that he was allowed to play with - he caught the bug. 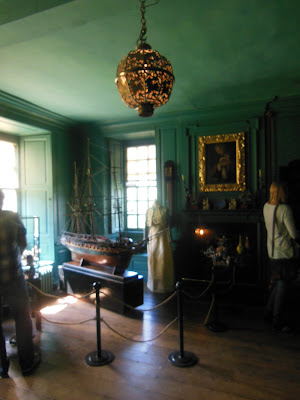 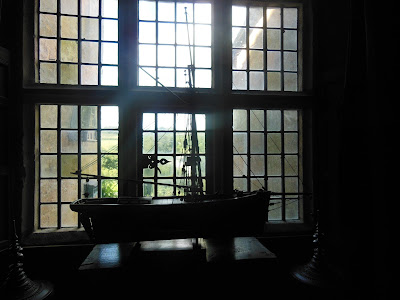 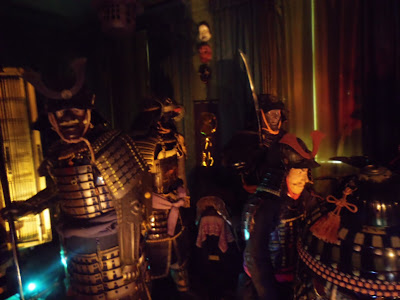 There are a lot of family photographs - I thought he was a gorgeous little boy.. 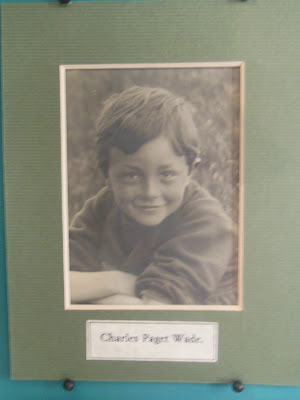 ... and he grew to be a very eccentric old man. 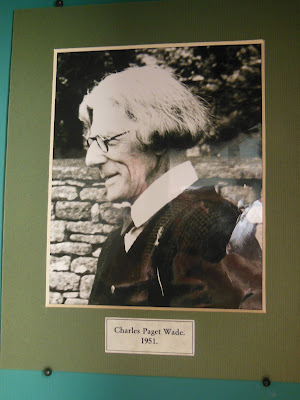 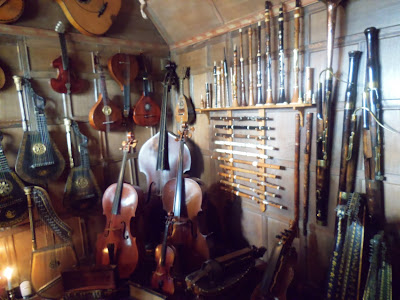 The garden was stunning - it sits nestled into the hillside and really catches the sun. 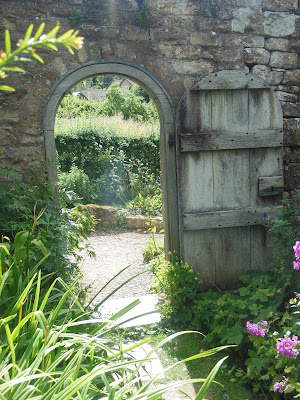 I thought that the splashes of turquoise looked lovely in the garden - something I might try in my own garden. 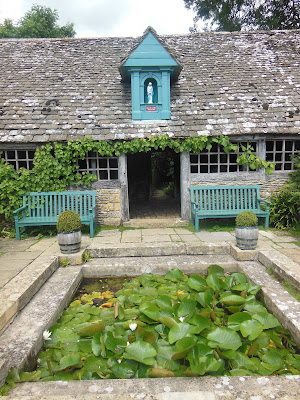 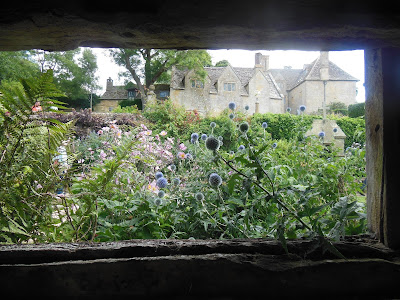 Afterwards, we had a wander around the very pretty and fairly famous little village. 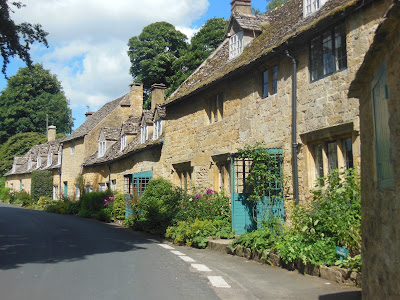 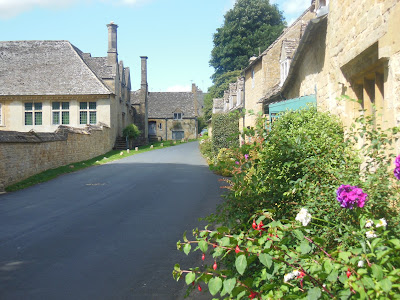 It wasn't too busy, so that was a bonus and the weather was glorious.
Posted by Diane at Saturday, August 24, 2013

ooh what an interesting place. I like a good old eccentric so this is another place for 'the list'! I like the turquoise accents in the garden too.

The little boy photo is lovely

It looks lovely. I like the turquoise paint too. Interesting!

Please swing by and pick me up in Texas next time! :)
Such beautiful scenery...
Lovely photos.
Tammy x

Please swing by and pick me up in Texas next time! :)
Such beautiful scenery...
Lovely photos.
Tammy x

What a gorgeous place. I really think the turquoise works well in sunshine, not so sure how it would look in my part of Scotland. A few highlights might be good, worth a try.

What a gorgeous place. I really think the turquoise works well in sunshine, not so sure how it would look in my part of Scotland. A few highlights might be good, worth a try.

It does have a French look about it doesn't it? It also looks like a fascinating place to visit you were lucky to have it so quiet too:)

I love the turquoise too, really lifts the natural shades of green. He was a little cutie, noit sure about the hairstyle when he was older though!
The village looks a bit like Lacock in that it looks so well preserved.
I just finished watching all the episodes of The Mill, did you watch them too?
Lisa x

Looks fascinating - love the windmill! Have you ever been to Calke Abbey over in Derbyshire? It's packed to the brim with bizarre collections and has been kept in it's original shabby state - well worth a visit! Jane x

This is my part of the world! I'm that you had a nice time. 'Cotswold Lavender' - just up the hill from the village - is worth a visit too. Jx

What an interesting house and garden! Been to that part of the Cotswalds before but never to the Manor, prob wasn't even bought when we went there!!

What an interesting visit. Can't beat a good old English eccentric, and wasn't he an adorable little boy? The house and gardens look beautiful, I do love that warm Cotswolds stone. Is the village Broadway? xxxx