On Sunday, we made the most of the short time that hubby had between silly shifts to make the most of the perfect blue skies.  We didn't want to travel far as we were very short of time, so we went to nearby Elsecar - these days there always seems to be something happening here.  The Heritage Centre houses plenty of individual shops etc and the old engine shed here is now a huge children's indoor play area. 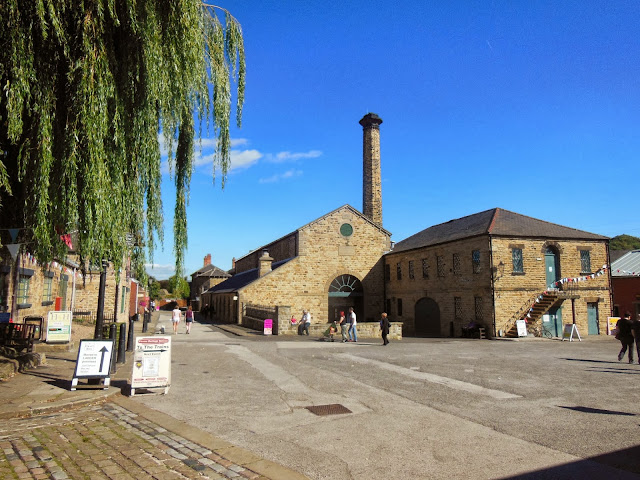 There are plenty of places to eat and drink too. 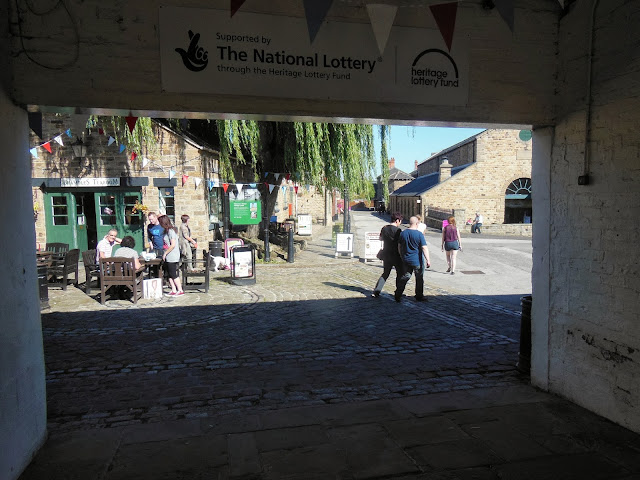 We discovered a vintage car club were having a meet up. 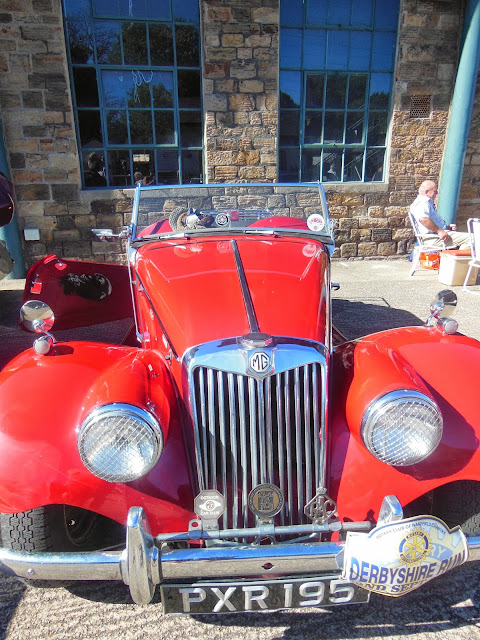 The old station has a lovely little book shop and cafe in.  They sometimes have a car boot sale in the yard behind. 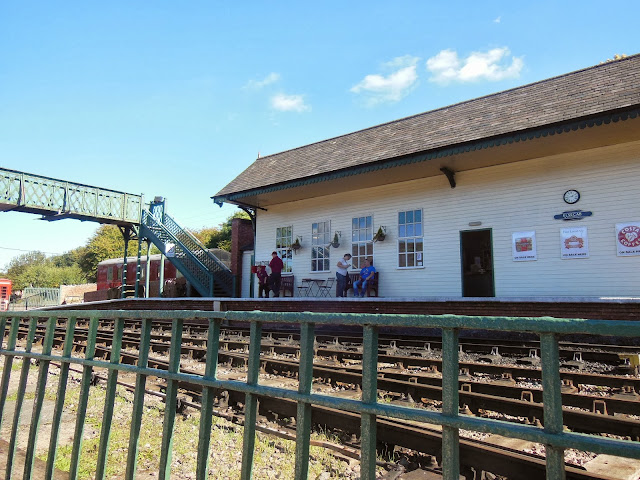 They have been restoring the line so I don't think passenger trains have run this year, but the volunteers have kept the engines rolling. 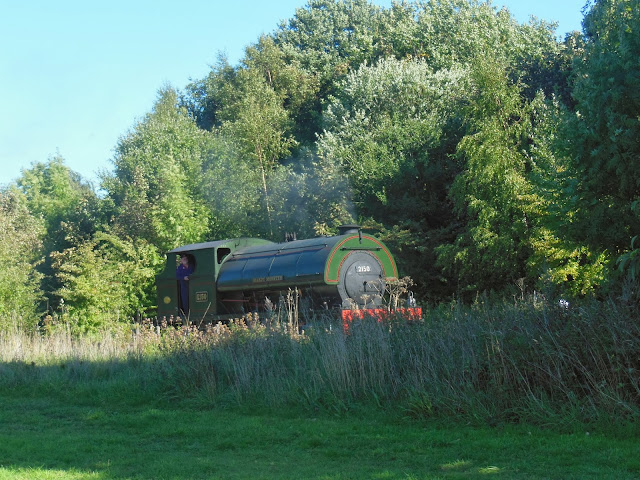 The Heritage Centre is in the old colliery yard.  When the pit closed in the early 1980's, you could pick up these lovely houses for a song - no one wanted them. 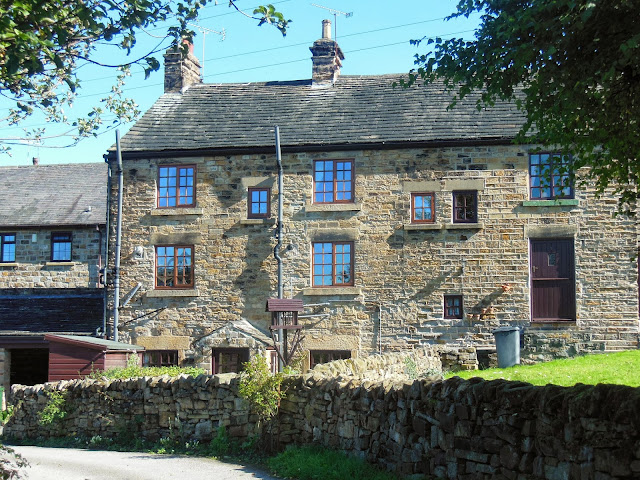 We noticed lots of old orchards dotted around - I wonder what variety of apples these are? 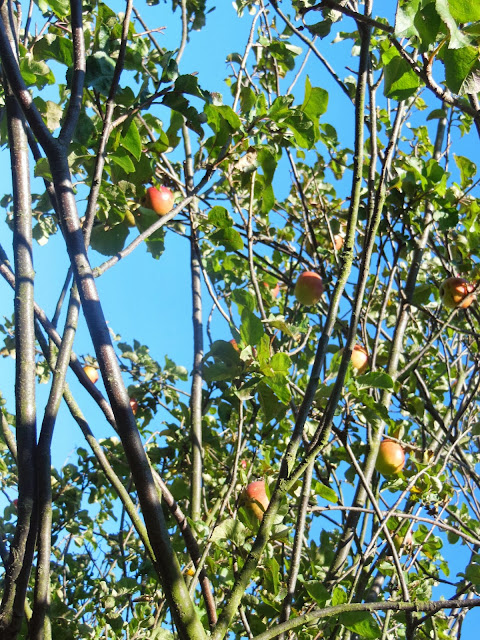 You may have seen our famous Newcommen Engine on the recent Hairy Bikers programe - it is currently being restored.  It is the only engine of it's kind that is still in its original location. 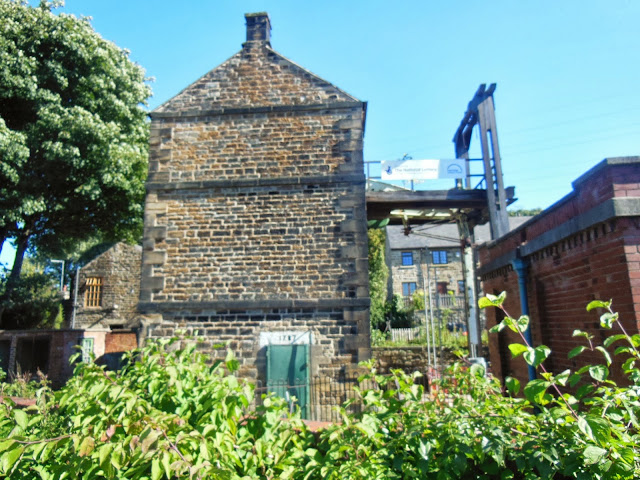 We walked along the Canal.   This is stil popular with the fishermen of the area. 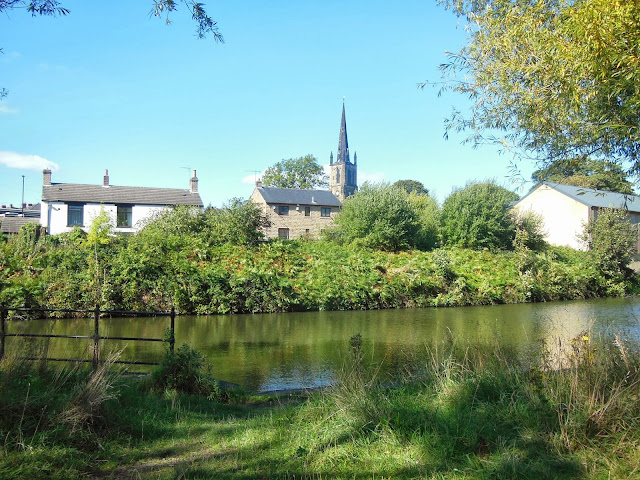 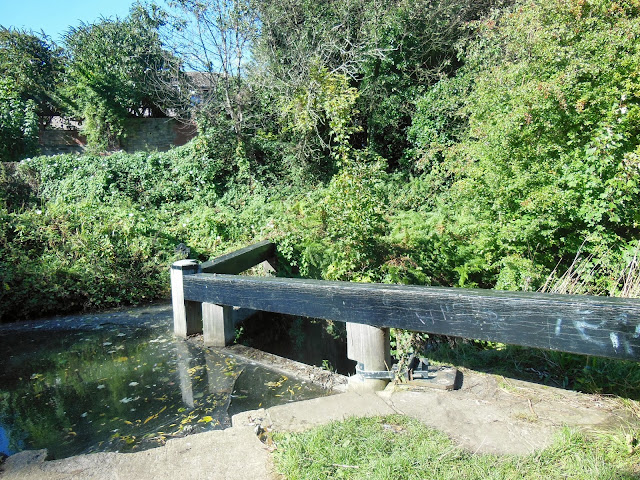 The old rows of colliery houses are fascinating and all still lived in. 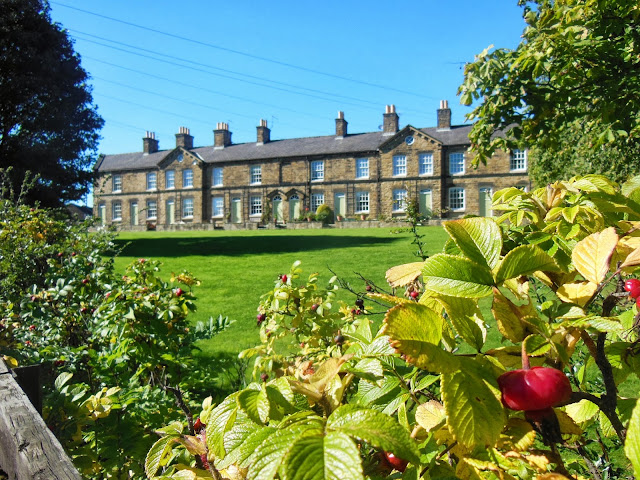 This one is called Old Row 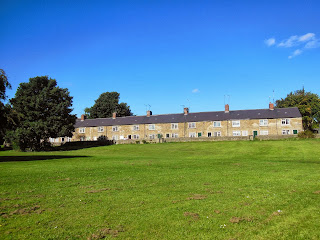 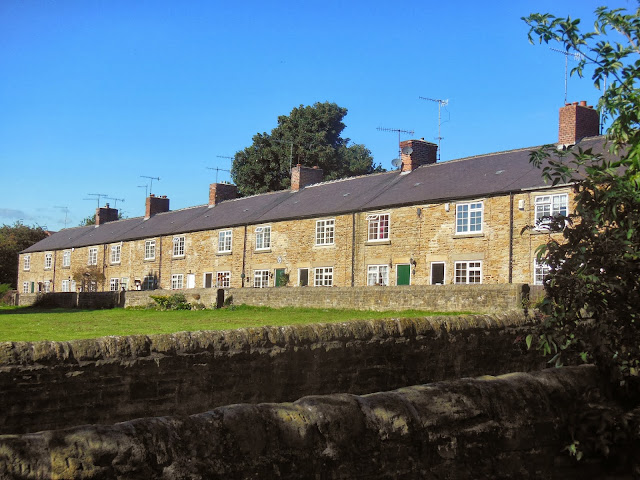 And Reform Row is really sweet. 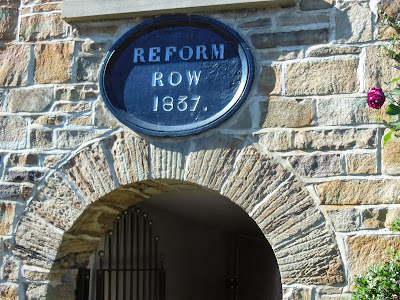 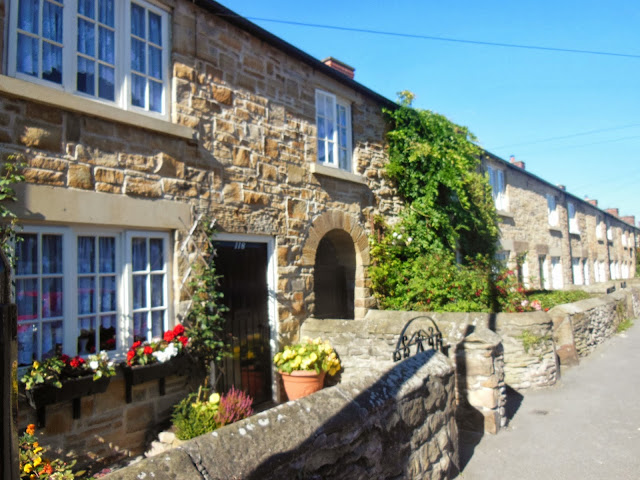 The old flour mill is now owned by a company who sell craft stained glass. 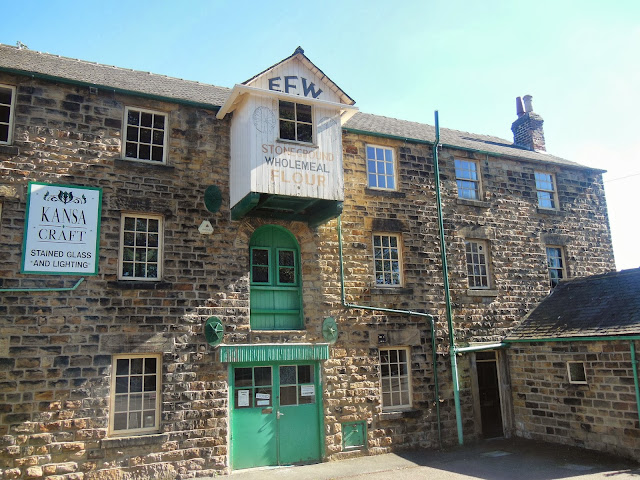 The "Bun & Milk Club" is a grand building.  Now lovely apartments, it was built as a hostel for miners who moved into the area.  Elsecar grew from an area that comprised of 3 farms to a large mining village in a very short time which meant bringing in workers from all over the country and even from abroad.  When I started comprehensive school, I was amazed to discover that the kids from Elsecar usually had parents from Scotland, Ireland and Poland.  Part of the village was called "Scotch Village" as the streets filled up with Scottish miners as soon as the houses were built.  The mine was owned by the Fitzwilliam family of nearby Wentworth Woodhouse. 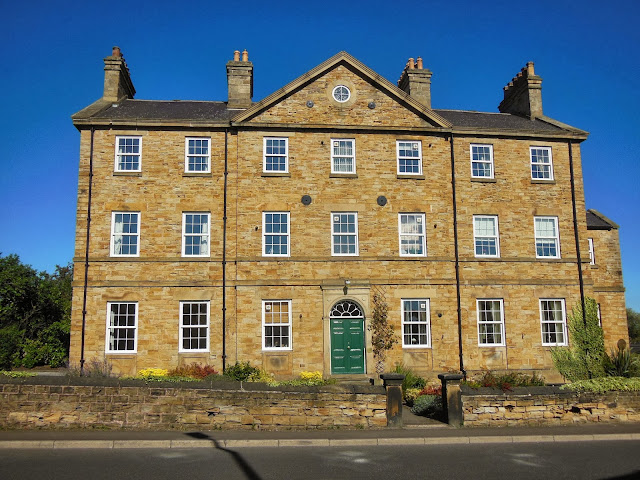 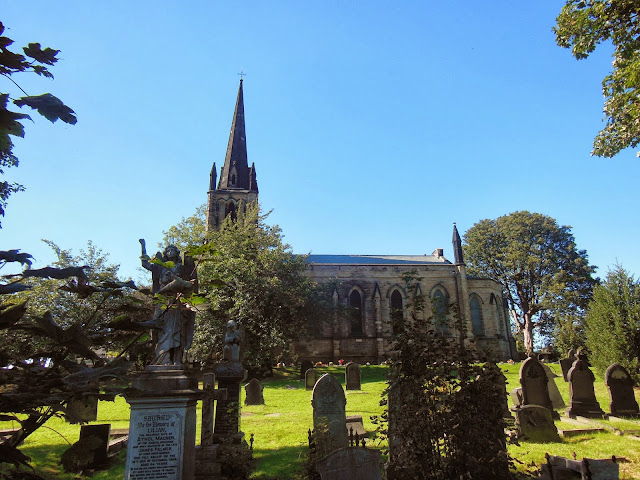 A quick walk through the park and back to the car to pack hubby off back to work. 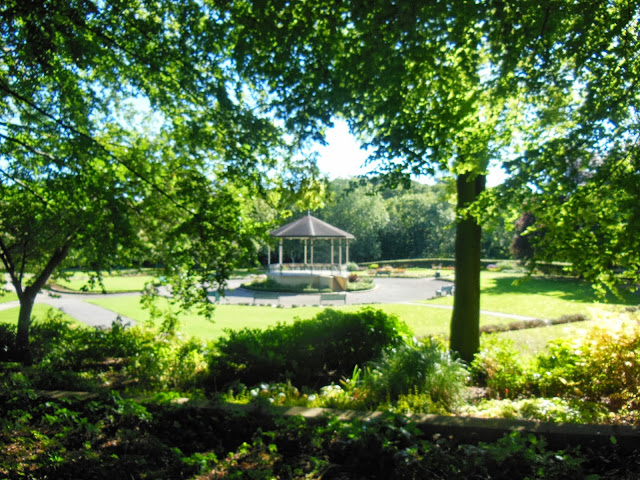 I really like Elsecar - there is always something see.
Posted by Diane at Wednesday, September 25, 2013

It's such a pretty place, Diane. Those cottages are beautiful. x

Such an interesting place on your doorstep.
I love the rows of houses, a little wander around the inside of one of those would be interesting, though I doubt the owners would be too happy!
Lisa x

You certainly made the most of the quick walk between silly shifts. I do agree that the blue sky was too good to miss. Lovely photos of a very interesting visit.
Patricia x

A very pretty and interesting place. Those cottages are lovely.

It looks like a really interesting place to wander around. You were lucky to get such fabulous weather this week. Jx

What a wonderful place to have on your doorstep. I love all the rows of houses. And hope the train runs soon...
Rosezeeta.

That is a blue sky! What treasures you have on your doorstep - no need to travel too far. I can imagine living on Reform Row:)

That looks a really fascinating place especially all the old buildings. And they are used, not just dead museum pieces! Great!

Never tired of wandering with you in your neighbourhood!
Have a lovely weekend!
xxxx

It's years since I've been to Elsecar. Must try and go again and see some of the surrounding area too. Those cottages are really attractive.