On Sunday I met with a pal as we had decided to take a tour around the Portland Works which is a community project not normally open to the public.  You may remember I came here last year.  The place is so unique - it is like a time capsule from a bygone era that is hopefully going to be brought up to date but still used for its original purpose - workshops for the self employed. 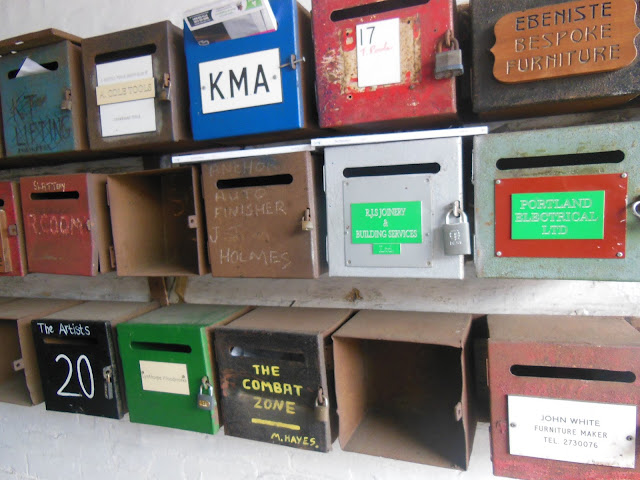 You can't get any idea of what the interior is like from the roadside, but once through the arch way, it is a totally captivating and enchanting place, stren with relics from yesteryear. 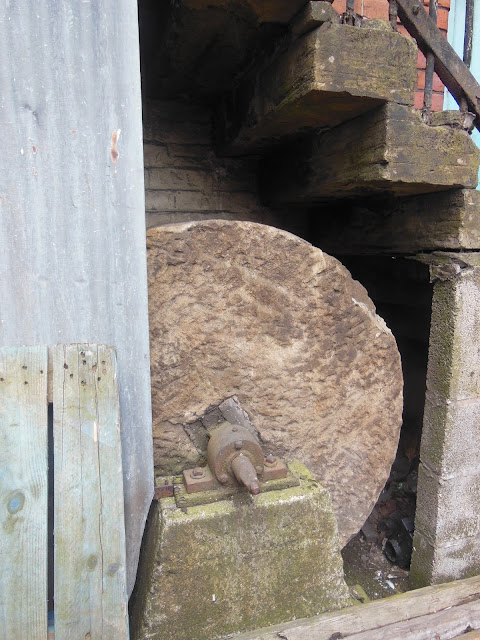 The majority of the complex is in a state of total disrepair, but the guides love to tell you that there actually is a plan and little by little, as they raise the money, area's are made safe and watertight. 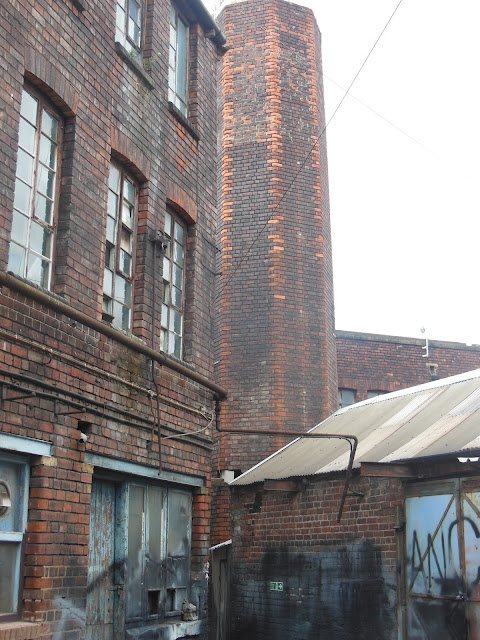 This is the place where they originally made stainless steel cutlery. 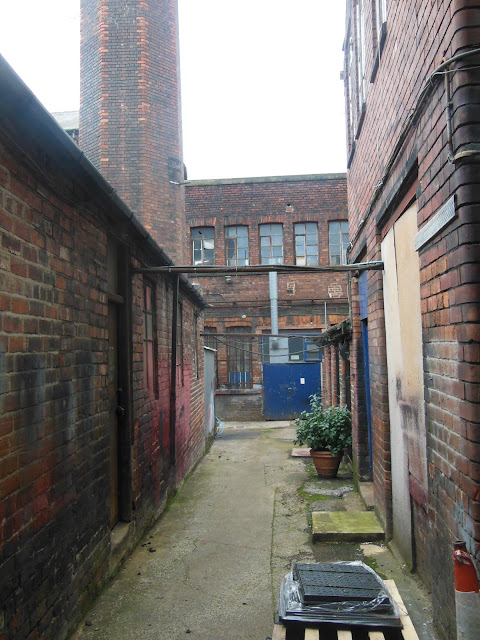 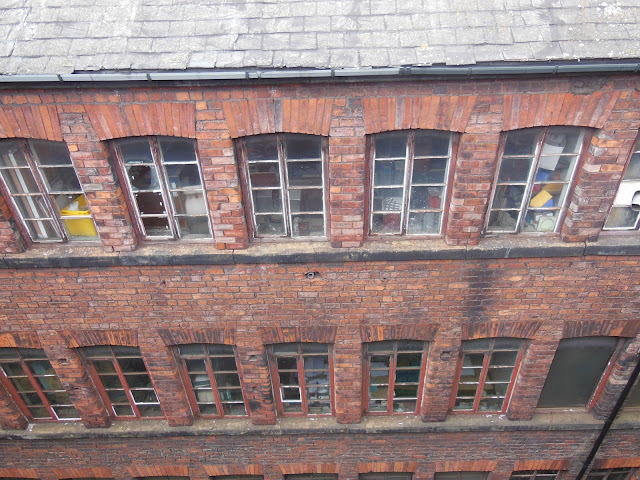 Whilst knife making is still undertaken here, there are lots of other little one man band industries working here. 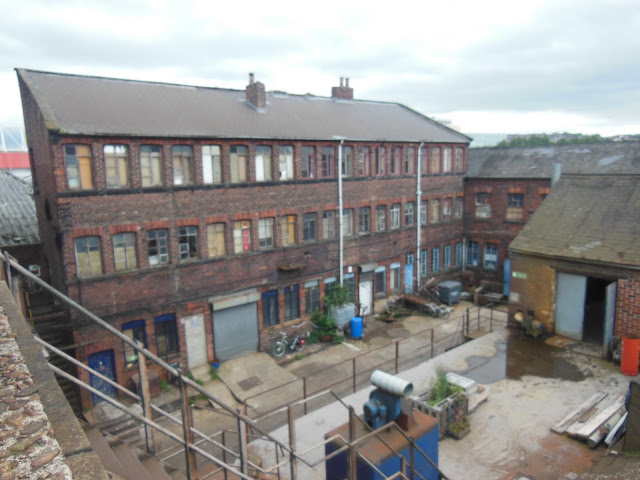 One of our favourites is the knife maker Stuart Mitchell who I believe is one of the youngest "Little Mesters" left in the city.  He worked with his father from being a young lad and he still works in the same workshop that he worked with his Mum and Dad. 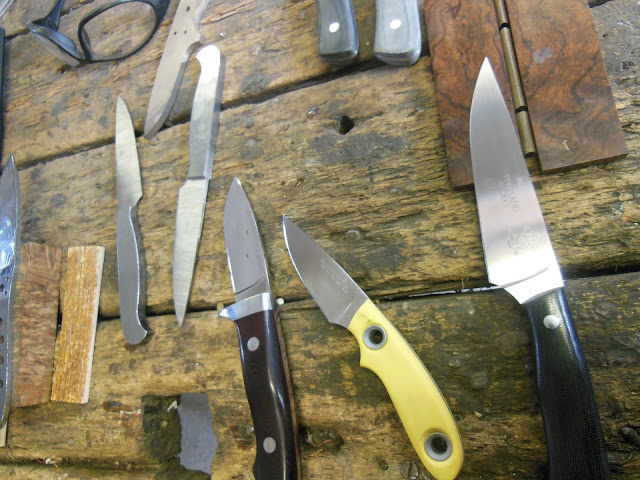 His story is wonderful to listen to and he shows you everything he is working on and tells you where all the materials are from.  He told us that the internet has helped his business so much - from reaching a global market for his sales (selling knives to workers in Canada and the Australian Bush) to sourcing materials for blades and handles. 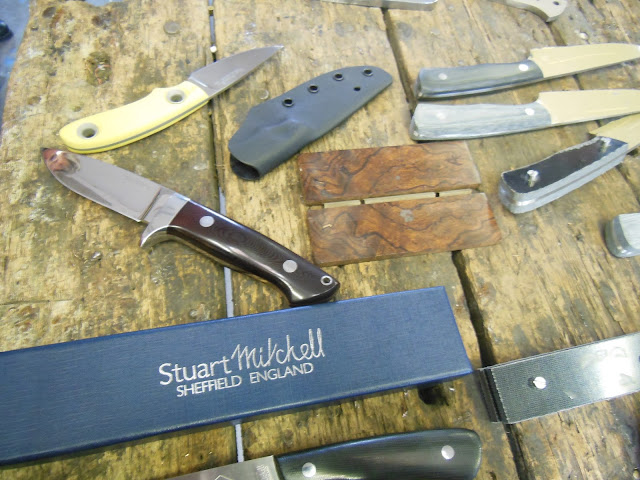 There are a few artists holed up on a higher floor - mainly working in mixed media.  Thier studios and their work was so interesting. 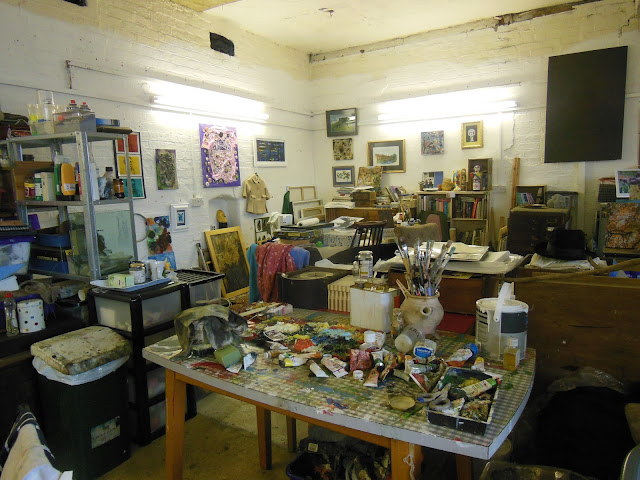 I managed to get Mary Sewell to pose by her painting for you.  Her painting is called the Ghost of Portland Works and is based on something that a worker told her he saw.  I bet when it's dark in here, it can be very spooky. 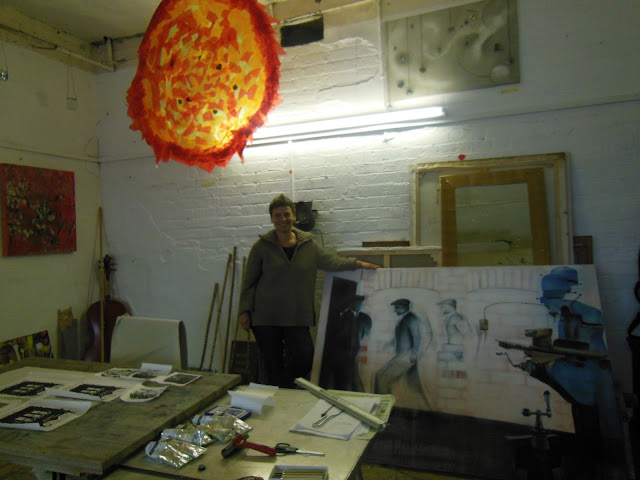 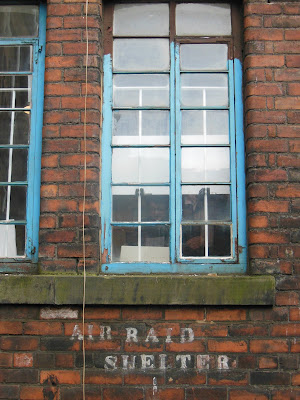 I love seeing inside these old places and this one is really special.  It has lots of atmosphere as well as creative people within its walls.
Posted by Diane at Wednesday, September 18, 2013

What an interesting place to visit. I love old factories and warehouses and such too. The knife-maker would be interesting to see too; my husband is a knife enthusiast, I guess you could say. He enjoys sharpening them, and I appreciate having sharp knives in the kitchen for sure.

It is good to see that there is at least one knife maker left.

Fascinating, Diane! What an atmospheric place and it is nice to see that there is still a knifemaker in the building:)

It's amazing what is hidden away behind those old walls. Must definitely visit some of these places next year.

What a great place. So interesting.
I love the outside to.
Rosezeeta.

What a great place, sounds like you had a good day out.

What an interesting place to visit. I love old factories and their outbuildings which must be filled with many memories of life gone by.
Patricia x

It is good to hear that people are doing their best to save some of these places.