A day of two halves

Compromise is the name of the game here at Heartshaped towers - especially since the kids got old enough to have a say in how they spend their free time. So on Saturday, my idea of a run to the coast, as warm weather was predicted was not met with enthusiasm since the sports mad young man insisted he did not want to miss the FA Cup (or whatever its called these days), so a plan B had to be formulated.
We decided that we would split the day into two. I insisted that the young man accompanied us on our morning walk - so that he got some "rays" and fresh air. We are very lucky that our village is surrounded by fields and lovely woodland. I think a walk in the woods at Bluebell time is a real treat. 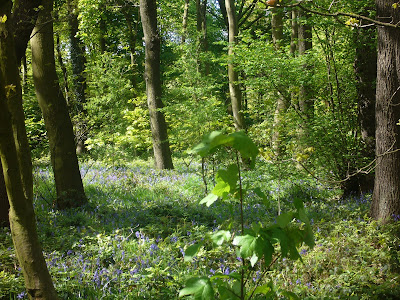 (I know that this picture is sideways, but I am dyeing my hair as I blog - so cannot wear my specs, and it didn't look sideways when I selected it!!! and I can't turn it around now!!! ) 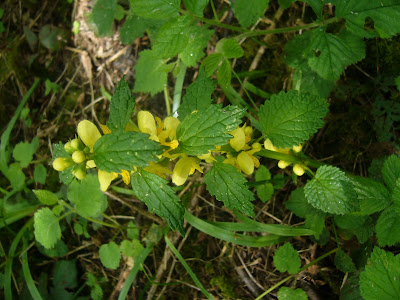 Its so lovely to see the flowers poking out. 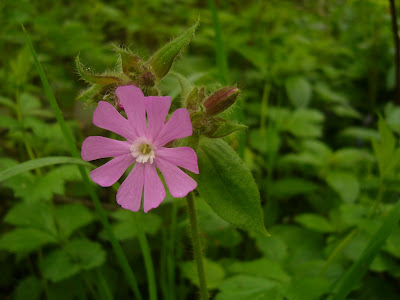 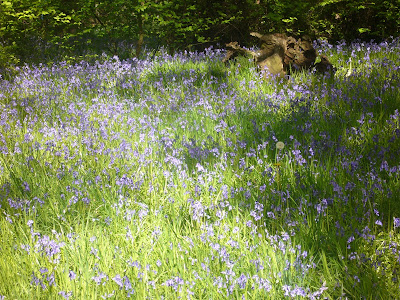 I love the woodland sculptures. 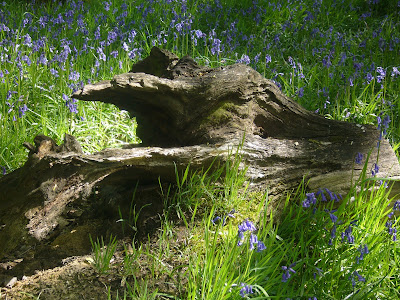 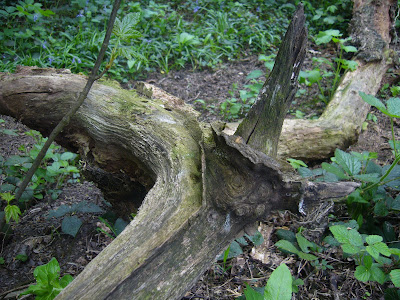 You might find these scenes a bit weird - apparently the local boys have been busy building a BMX track. I don't know if they have had permission or not, but it is very spectacular (and dangerous looking!! Many bones have been broken according to the young man, but boys will be boys!) 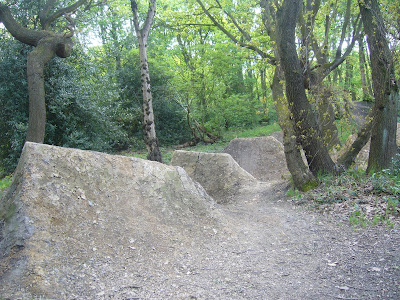 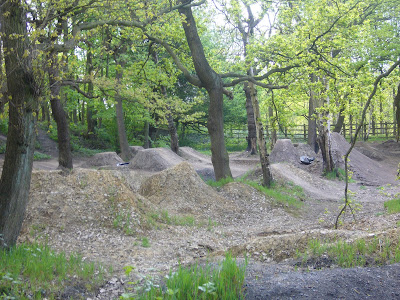 The wild garlic is at its best now. 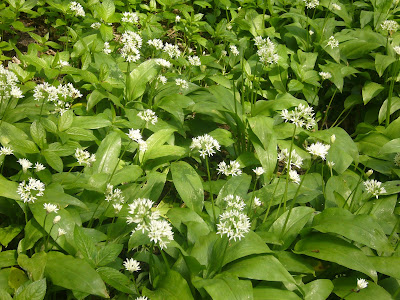 And those sticky buds on the trees that I showed you earlier, have burst into full flower. 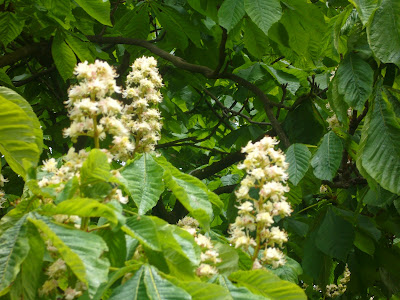 We have had some of the coldest weather ever for May here this week (icy windscreens in the morning in May! unheard of!!). So today - when it actually is starting to feel warm is a bit of a relief! 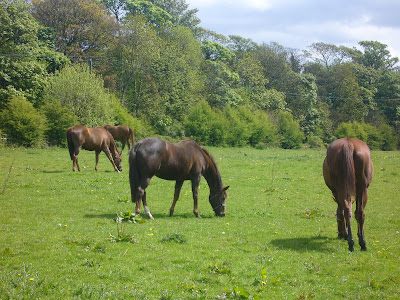 Then it was back home for lunch. The young man had invited a couple of friends to come and watch the match with him, so I laid on a dining table full of snacks and soft drinks for them. Hubby was not so bothered about the match, so I dragged him out for part 2 of the day - which will be revealed in the next post.
Posted by Diane at Sunday, May 16, 2010

I've enjoyed the first half of your day, Diane - lovely woodland photos. Looking forward to the second half now. Re the flask/cakes scenario - yes it's a deal!:)

Lovely photos, I do like a bluebell wood. Isn't it wonderful finally seeing all this green growth?

WOW! that track is amazing! You have reminded me that I really need to get into the woods! I have been trapped in my greenhouse! xx

Glad I'm not the only one who has to compromise with teenage boys.

Your walk looks lovely - I am loving all the bluebell pics on the blogs at the moment.

Lovely bluebells. Would have liked smellavision for the wild garlic!

gorgeous post... we have wild garlic but it must be a different variety - mum in law in Scotland has what you show here - fab !

We also have death defying BMX track in local woods - unofficial too - but The Powers That Be have met with the kids and .... let them stay !!!

I talk Joe & friends into a walk when they get tht glazed eyed look-" Fresh air ...you NEED Fresh air ! " Yes Muuuuum !

Don't you just love bluebells.
Oh to be out and about, but the weather here was pretty dull this weekend.
Lisa x

A Bluebell Wood - how beautiful. Followed by horses. Can a day get any better than that? x