My daughter has been banging on about how good the walks around Boston Castle in Rotherham are since she had to do some filming for a media project there.
Now I'm not a big fan of the town of Rotherham as you know, but with not much time to spare on Saturday afternoon, Hubby and I decided to take a look - and we were really surprised.

Boston Castle was built in the 1700's as a hunting lodge by the Earls of Effingham to commemorate the Boston Tea Party. At this time, the Earls of Effingham were very influential in Britain and a few of them were Prime Ministers . I believe they were related to royalty too. This is another place that I would love to step back in time and see how the place looked in history. These days, the Castle itself is slipping into decay. What a shame. 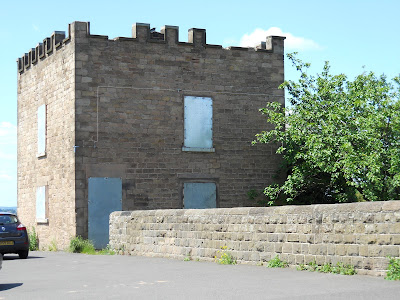 It stands in Boston Park, which I have to admit, I had never heard of despite working about 200 yards from here for about 8years a while back. The park is a bit neglected, but it has some interesting little corners. This was the original entrance to Jesus College built by Sir Thomas Rotherham in the early 1400's. Rotherhams 6th form college (called Thomas Rotherham) is currently built at the back of here) 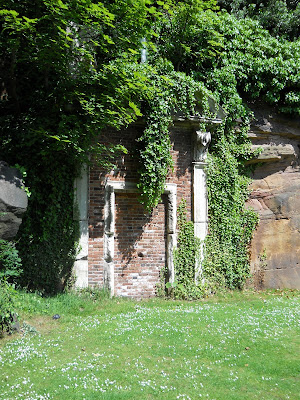 One of the best bits is the trail that the council have put around the ancient woodland. They have put lots of interesting boards on the trail featuring the history, geography and nature for this very spot. 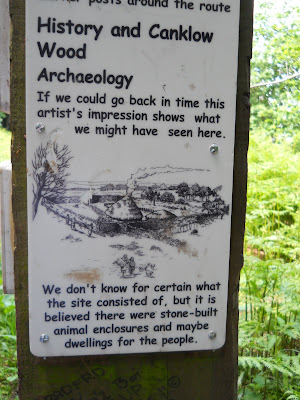 There are over 20 of these information boards - all with fascinating facts. 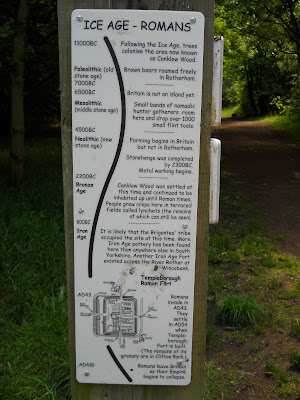 I cannot believe that Rotherham was EVER just north of the equator - it would have had a far better climate than it currently has. Fascinating. 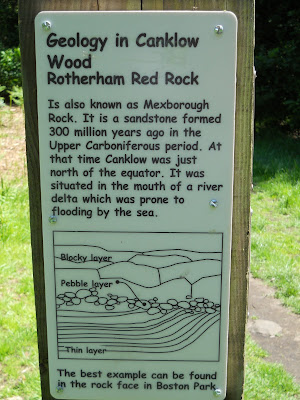 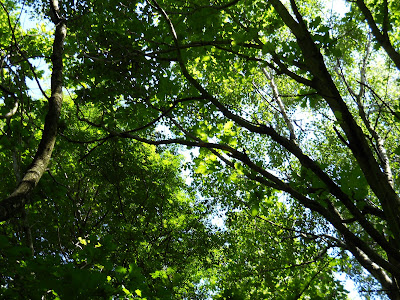 We totally loved it and found it really interesting. We shall be going back for a longer walk.
The real best bit is the view from the Castle itself. I had just bought my new camera, and hadn't quite got the hang of it, so you cannot really see how stunning the views are from the top of the hill. You can see right over Sheffield, and out towards the Peak District. I bet in looked very different in the 1700's. 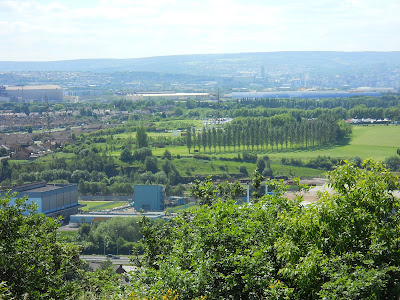 My goodness, Diane you have been busy - I've just caught up with your last two posts as well as this one:) The produce in your garden is looking good - you will soon be tasting it all, I'm sure! I'd never heard of Boston Castle either so it was interesting to visit with you - it looks as if the site is well interpreted but could do with even more help with preserving what is left of the building. You do find some fab places to visit! Your photo of the view is wonderful - I love the row of poplar trees:)

Have to agree with Rosie that you do have a knack for finding some wonderful places to visit.

Gosh Diane - you really do find the most amazing places. I had NO idea that this place existed - and now I need to add it to my list of places to go to over the summer!! Rotherham is pretty close to us here in sunny (fleetingly??) Sheffield!

Oh I do enjoy a good trail, as the children will tell you, with a sigh probably!
Stunning view from the castle.
Lisa x

Hi Diane. Found the info about Boston Castle fascinating. A great post!
You asked about the fabric shop I use. Well the one with the Paul Smith ends of rolls is at Sneinton in Nottingham. There is a market there on a Saturday morning and next door are the units which used to be the old fish market. I only know the shop as Davids I'm afraid, but may be going there soon and I will try to get more info and perhaps a postcode, in case you have a satnav.It is open in the week except for Wednesdays I think but will check up on that and let you know.
love Jenny x