After the Forbidden Corner, our next port of call was the fabulous town of Middleham (twinned with Agincourt - how romantic does that sound!). 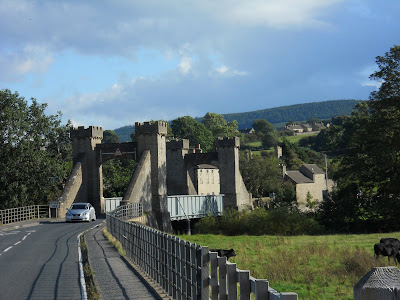 Middleham is a very pretty and prosperous North Yorkshire town - home to several race horse stables. The town has some pretty little cottages, ...... 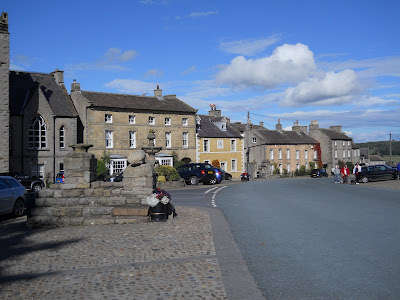 and also some "Mr Darcy could come calling" type houses too. 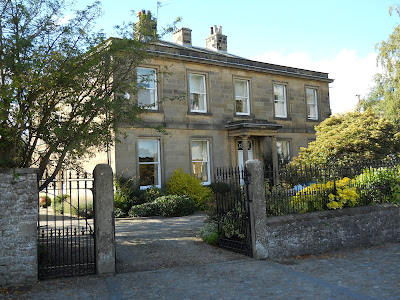 Our main reason for the stop, was to have a look at the Middleham Castle . Now this is a castle and a half. It was once the Yorkshire seat of Richard III and very grand it would have been in its day. 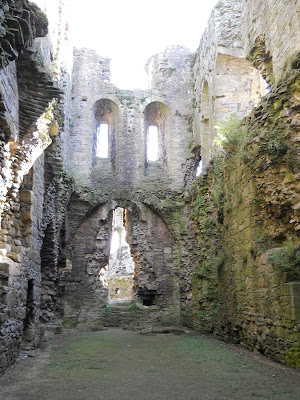 I'd wondered if the lads would be getting bored, but apparently not! They are doing about castles in history at the moment so they loved looking around such a fine example of a Motte & Bailey one. They were telling us all what they knew from class. It seems that neither of them go to places like this with parents. In fairness to the parents, I bet if they are easily put off by the amount of moaning the kids make when a suggestion is made (and we get lots of that too), but once out and about, the moaning soon stops and they really enjoy the day. 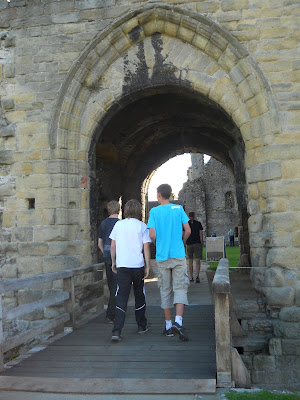 They reverted back to 5 year olds again when they discovered swords in the gift shop!! I also discovered some free information and activity packs (by the BBC) stashed away on a shelf in the gift shop which contained some great kit for their school project. 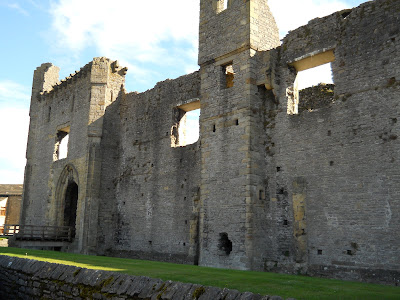 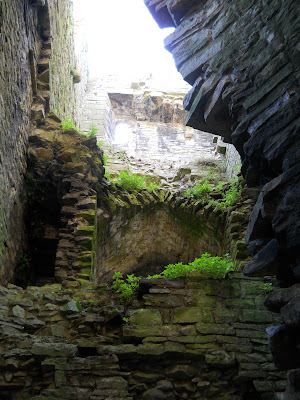 The view from the top of the castle, over the little town is brilliant. 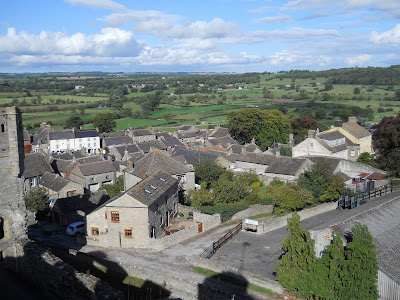 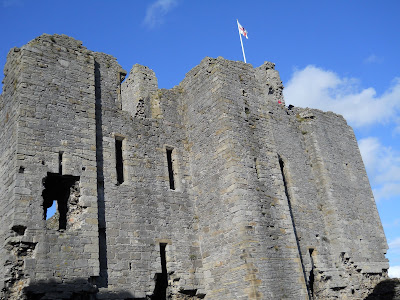 And finally, Richard the third himself - looks "armless" enough 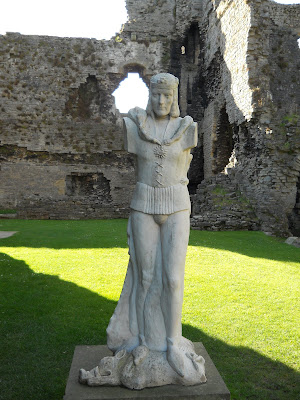 You would think that spending a day looking around gardens and historic monuments with 3 15 year old boys might have been a trial for us, but we found heir company highly entertaining. I was listening to their conversation at lunch time, and I thought one of them had asked the others if "they had ever been commando" (ie with no pants on). What he had actually said was "have you ever been to Nando's"!! They have decided to go to Nando's commando!!!! That should be an interesting trip!.
Posted by Diane at Monday, September 13, 2010

Like I said on your other post - my almost 15 year old can revert back to being 5 rather easily!! When we were out yesterday he stood looking longingly at swords despite the fact we have an armoury here somewhere!!

Diane you are such a card. Personally I have never been to Nando's and I don't believe I've been commando either - not that I can remember anyway.

I have a real feeling I have stood in almost the same spot!!!

So funny! Teenagers are just the best when they are together and forget that they are nearly grown up! Load of laughs!

The castle and town look just as I remember them except I remember lots of people in a square and some Morris dancers! Can't recall the statue though - poor Richard! Glad the teenagers had a great time, too:)

Sounds like a wonderful time was had all round. Loved the statue of Richard the third.

We rented a beautiful old house in Middleham for a week's holiday in the 80's. I remember the racehorses clattering past each morning as they were taken for exercise.

Sounds like you had a fun day:-) Can't wait to hear about the trip to Nandos!!? Best laugh of the day, thanks Diane x

That looks a great castle! I love old places like that - could have wandered around for ages!

And we didn't get to Honfleur!!

Diane, thanks for the kind words you left on my blog ... I'm so pleased you found that chilli jam, because now I've found your lovely blog, I've been reading back posts, but I must stop now or I won't get anything done. LOVE the pic at the top, all those beautiful stones
xJoanna

What a great place for an adventure,mone would love it for the hide and seek opportunities.
Lisa x

I love a bit of castle action!! Even better if they're ruined and you can scramble about in them. We visited a ruin in France last week and I immediately climbed up to the top of it just because I could (I doubt you'd have been allowed over here for health and safety reasons) and I'm 27!