The young man and I discovered wartime happenings in our next village this weekend. It was 1940's Wartime Weekend at Elsecar Heritage Centre. It was poorly attended, but then again, it was poorly advertised - if we hadn't seen a German soldier in the car park, we would have never known! But for those of us that did discover it, it was wonderful!


These nurses outfits reminded me of the ones I used to love dressing up in when I was little. 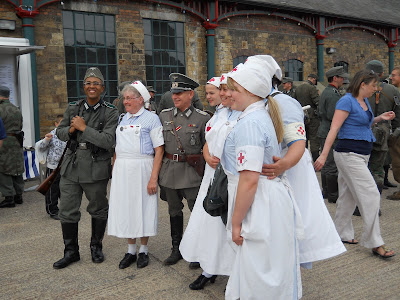 We had a great and lengthy conversation with these two chaps. 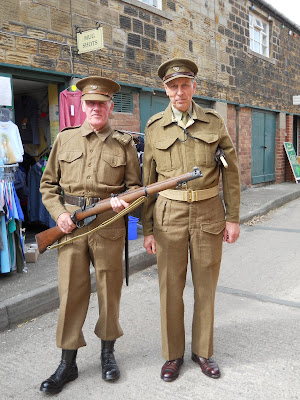 Everybody loved having their photos taken. 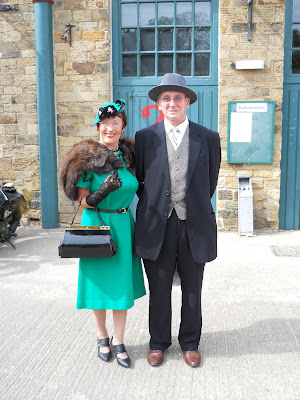 As well as stalls where you could buy old uniforms, magazines and memorabilia, they had some exhibitions and items on display.
I once worked for the company that made Izal toilet roll, and my Auntie (and she reads this and may never speak to me again!) was Miss Izal 1964! 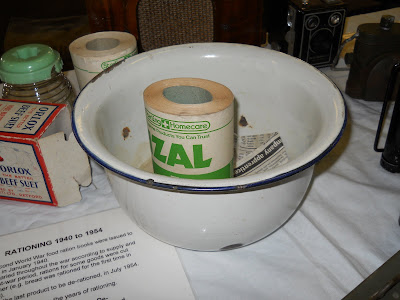 Rations for a week - totally shocked the young man who could easily shift this lot in one "snack"! In fact you only got one egg every 4 weeks!! 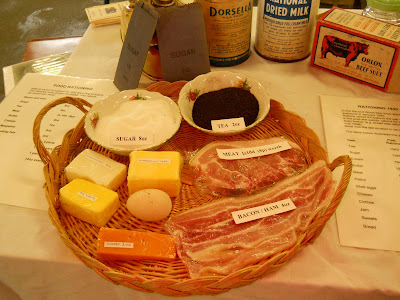 Most nations were represented. English, Germans, Americans, Canadians and French. 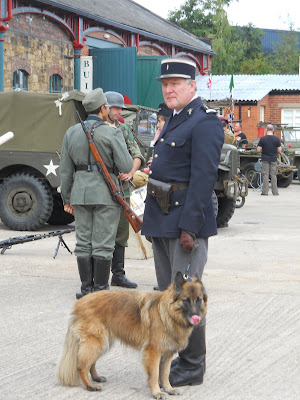 George Formby (and also Vera Lynn) were singing to..... 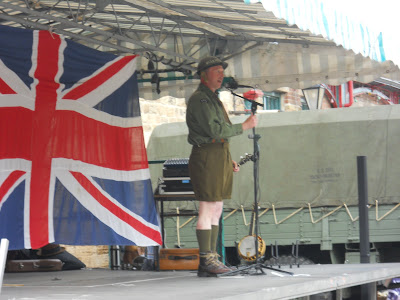 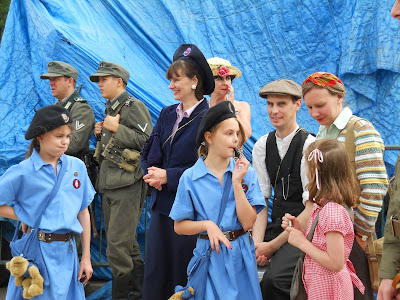 I loved the kids that were dressed as evacuee's with little brown suitcases and labels pinned on them. 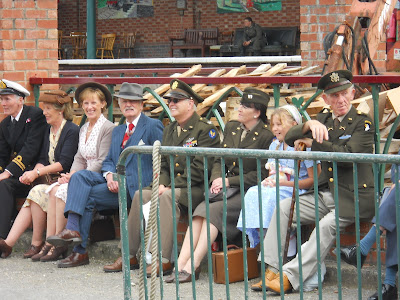 It was great to wander through the little scenes that they had set up. 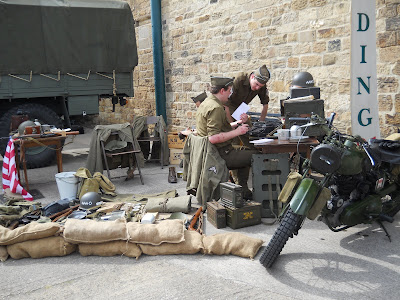 I'll watch out for this next year, and may even dress up!!! 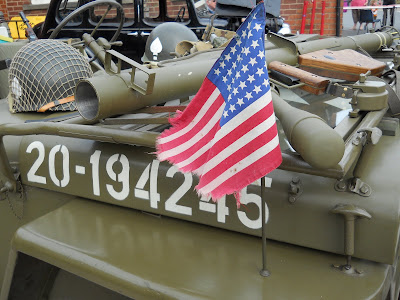 WOW! I WOULD LOVE TO ATTEND SUCH A SPECIAL EVENT!
ITS AMAZING THE EFFORT THAT EVERYONE PUT IN...
THANKS FOR SHARING SUCH GREAT NOSTALGIC PHOTOS!

Your poor Auntie. How could you do that to her? Shame on you!! x

p.s.thank you for your message today ;-)

Wow it lookss great. Ooh yes you must dress up next year!

Wow! Looks like a really lovely event. I teach Year 3 and we take the children to Duxford (Imperial War Museum) foe a WW2 day each year. Have a good week. Ros

I'm sure an event such as this is a real eye-opener.

You know, with the exception of the World Trade Center attack in 2001, my country has never seen foreign attack on our own shores (Pearl Harbor was before Hawaii was a state...). And while I would not ever make less of those horrific acts on our country, I would say that we are a bit naive as far as our general public goes as to the atrocities that war can bring on a nation. Even to it's children. It's good that folks remember and are reminded that strong, brave, patriotic citizens sacrificed for us. This sounds like a terrific event. Thanks for the post!

That looks like such fun, my eldest daughter would have loved it.

What a shame it wasn't advertised a bit better. I think you should definitely dress up next time!
Seeing the rations layed out like that really brings it home how little you got! I've got a set of war time recipe books, they had to be inventive. I would love to have a day out like that.
Lisa x

Looks great. We've been to Elsecar a few times for Days with Thomas the Tank Engine :) It's a lovely place isn't it?
Twiggy x

Move over dads army that looks like immense fun - though I wonder why these things are never fully advertised?

what a lovely day out... brought lots of memories back from my mom ( who was bombed in the war in liverpool)

sheffield had a bad time in the war too as I recall... especially the awful story of the MARPLES HOTEL

What a brilliant day and such a pity more people didn't attend. There's a lesson there for the organisers.

It looks a superb event, I would have been there if I had known. Elsecar are not very good at advertising. I usually go to the Mind, Body and Spirit and also the Crystal shows but only find out about them via mailings from the organisers.
I'm looking forward to the wartime weekend in Pickering in October, excellent event and always well attended.