So after we said bye to Louise and Dave, hubby and I got on our bikes to ride some of the Monsal Trail that lies behind Thornbridge Hall. I attempted this bike ride after a bottle of very refreshing Thornbridge Jaipur Pale Ale - it didn't do much to assist my balance! 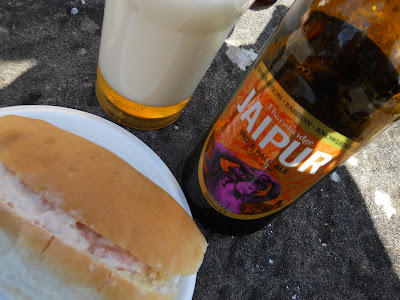 We have done some of this trail walking - but we were able to go much further on the bikes. I had never been passed Litton Mill before, so it was interesting to see what lay beyond there.

The Geography and Geology of the landscape out here is amazing and the landscape itself is very impressive. Millions of years ago, this area was at the bottom of a shallow warm sea - unbelievable when you see how high it is now and how high above current sea level it is. The rocks below were lava flow from the volcano eruption that caused the sea bed to end up here. 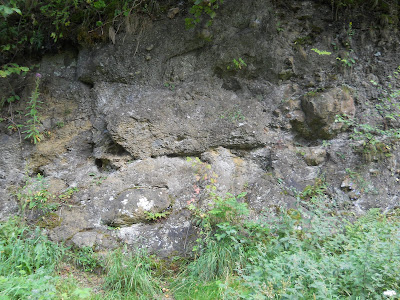 Explained on one of the many information boards. 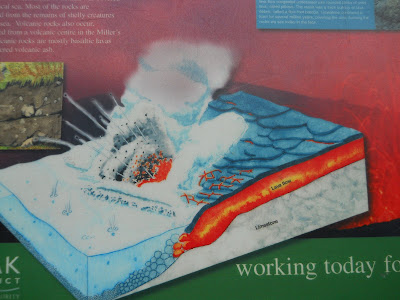 This area is steeped in fascinating industrial history too. It was surprising to come across some of the old relics along the way. 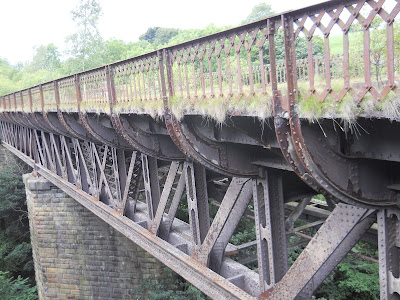 It was fascinating to read the info boards and see just how busy the station at Millers Dale had been.... 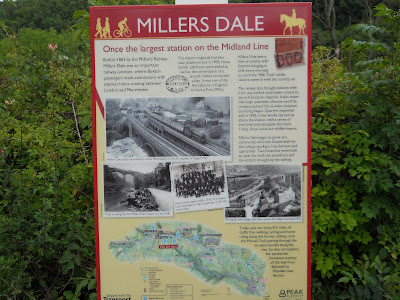 ...compared to how it looks today. 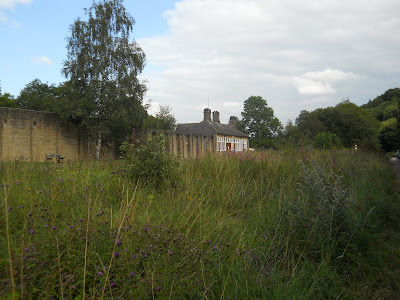 Ive mentioned before that the tunnels have only recently been restored and reopened. There are 7 along the way and I have got braver and have been through them all. Its much better on a bike as I can whiz through!! 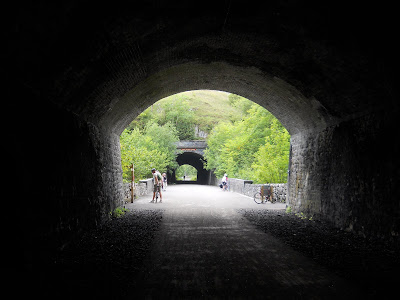 The old railway line really clings to the edge of the very high hills - and the tunnels were an amazing feat of engineering - especially at the time that they were built. 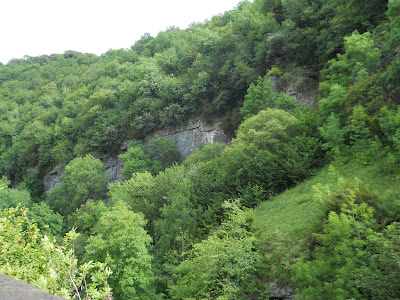 Even though the track passes through the valley - you are at times a very long way up. This does however give you a great vantage point to spy on the moo cows below. 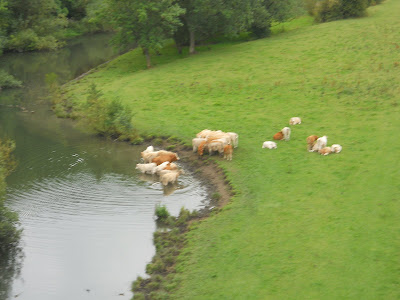 Gosh you have some fantastic places to visit around you. This is so picturesque and historic. What fun to do it on a bike especially after an ale. Is the bike trail through the tunnels a converted rail line? We have them here too, it is such a good idea.

Interesting and beautiful-how`s your bottom ? not meaning to sound too personnel -I always need a bit of extra padding when I haven`t been out on my bike for a while-hope your bum fared better than mine did the other week ! x

Great photos and fond memories for me!

I find you see so much on a bike that you miss by foot or car. Trouble is I do not like off road so I stick to tarmac! Diane

I bet that ale helped you whizz through those tunnels! You will be so fit after your cycling. I love Millers Dale and nearby Tideswell:)

Those cows - how adorable!

That tunnel gave me the willies. Spooky!