After work one night last week, hubby and I decided to go for a walk before tea.  We chose to stay near home and have a walk around Ulley Reservoir.  Ulley Res was built in 1879 to provide the good folk of Rotherham with clean water as their existing supply was contaminated.  It is no longer used for water supply, but used for sailing, fishing and as a nature reserve. 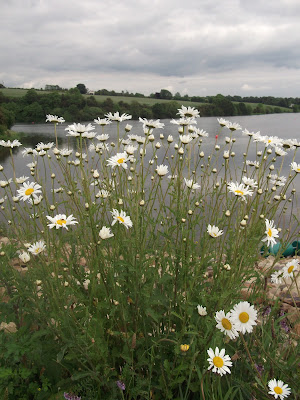 You may have seen it on the news when we had the floods in 2007 as the volume of water caused a problem here and it looked as if the dam wall may burst for a while which caused utter chaos as the M1 motorway would have been directly in its path - and so was closed for a while. 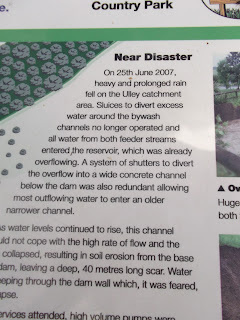 Fortunately the crisis was averted, and the dam wall was finally repaired. 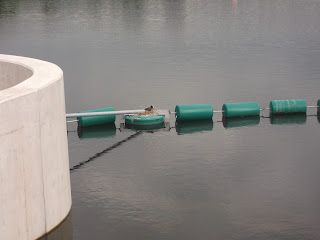 The surrounding area has been mined for coal too in the past, and some of the landscape around it is clearly the shape of the old slag heaps. 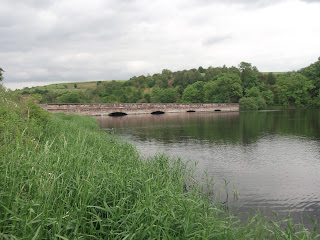 We had a lovely walk around it and spotted lots of wild flowers and wild life - including a scurrying little shrew! (too quick to photograph). 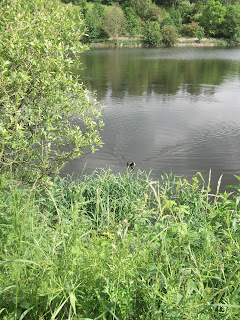 We got slightly worried half way around as we didn't know what time the car park gates were locked, so the last half of the walk was at a much faster pace! 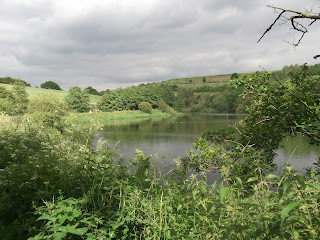 It was a pretty little walk with lots to see, and not too far from home.  I'm still amazed at how many new places I can find virtually on my doorstep.
Posted by Diane at Monday, June 18, 2012

This is a delightful walk and thank you for sharing pictures

It always looks so nice and green, those daisies are very pretty.

I am ashamed to say i have never been and it's about 10 mins in the car away. Our school used to go every Weds pm for sailing/outdoor pursuits but I was more a netball/athletics girl. I have heard that Treeton Woods are really nice too which are a stones throw away from Ulley - not been there either. Did you know that there is a 'green' burial site near Ulley - you do now.

Love the first photo with the daisies, so pretty.
You do seem to find lots of different walks close by. Must be nice!

It is amazing how nature can turn a beautiful spot like that into a hazard. Glad the floods did not in fact cause the dam wall to break. T'other Diane

Love the photos, especially the daisies. I love daisies, they're so beautiful

I can remember the floods of 2007 and the concern about the dam! Lovely photos of your walk, I always think of my Mum when I see those daisies - they were one of her favourite flowers:)

Lovely photos of your walk! I too am often amazed at how many places there are close by that I either didn't know about until someone told me or that I see one day and think to myself why haven't I seen that before! Sometimes we live our life in a whirl and don't see the obvious!
June