On Easter Sunday, hubby and I had a walk around nearby Elsecar Reservoir. 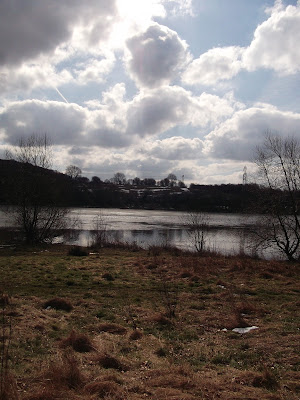 The Reservoir was still frozen and the ducks were having fun skidding about.  Up until the mid 1700's, Elsecar consisted of 3 or 4 farms dotted around.  They have a map at the Heritage Centre that shows these.  When the Fitzwilliam's sunk Elsecar Main Colliery, and several smaller coal mines around the area, housing was built for the many families that flooded into the village looking for work.  Over the years families came from Scotland, Ireland and Poland to work here until the pits demise in the 1980's. 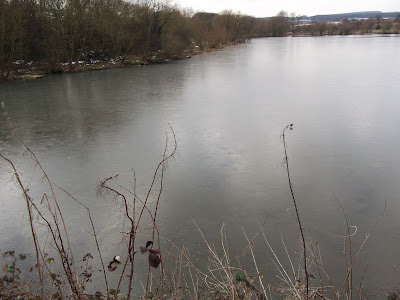 The reservoir was built to feed the Dove & Dearne Canal which was built to transport the coal, but like many canals, this was quickly superseded by the railway.  This left the reservoir free to provide a wonderful recreational facility for the village. 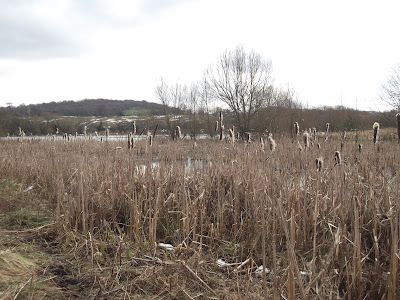 And use it they did.  In Victorian times, a park sprung up at the side of the reservoir - they even laid a sandy beach here and it became known as "Elsecar by the sea". 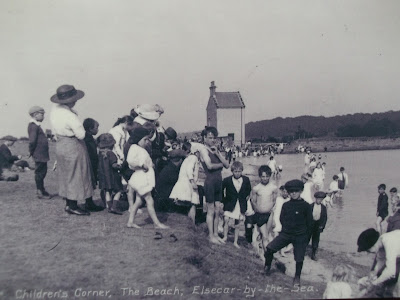 I found these old photos dotted around the Heritage centre.  I love this one where you can see some of the open cast mining spoil heaps in the fields behind. 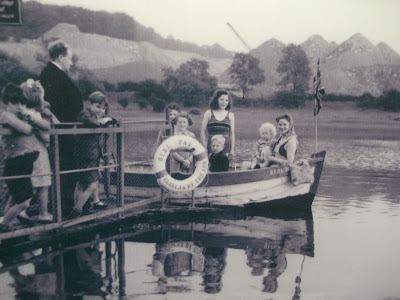 It is still heavily used for recreation these days.  No boat trips I'm afraid, but plenty of fishing and wildlife to spot. 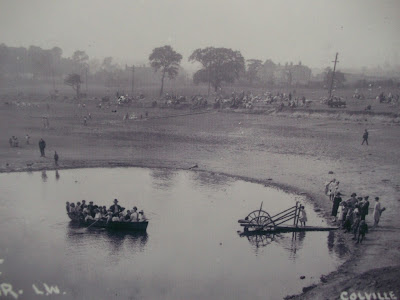 Sadly, Elsecar has lost a lot of its community spirit as people are forced to work out of the area now and often, like many other places, don't really get to know their neighbours like they used to. 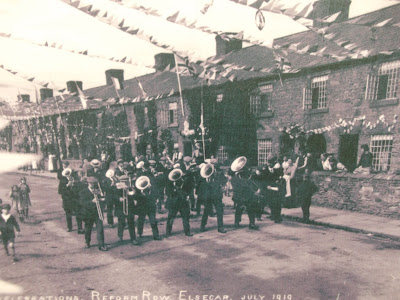 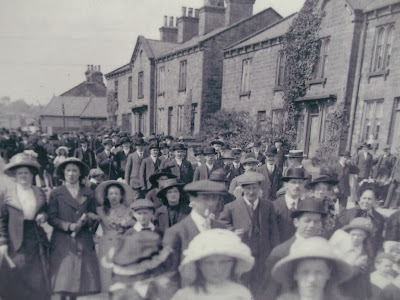 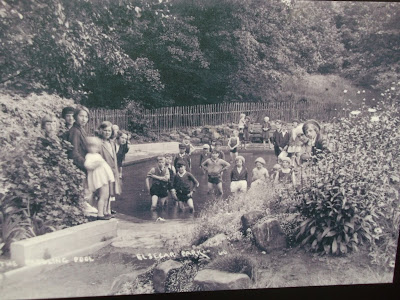 I know I look back through rose tinted spectacles, and the reality of working in the pits would have been horrific - I would hate to think that this is where I might have had to sent my husband and son.  The reality of living in a village producing coal would not have been so rosy either with all the dirt and puther that this would have produced.

There is something haunting I feel about villages, towns and cities that spring up and are built for a specific purpose - when that purpose is no longer there - but the building, houses and people remain. 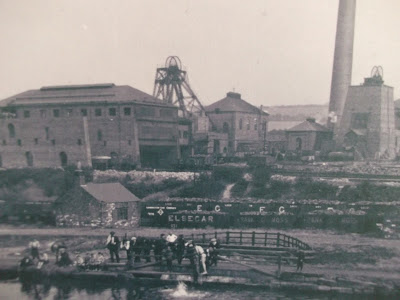 Its hard to imagine when we walk alongside the canal, that it once would have been this busy. 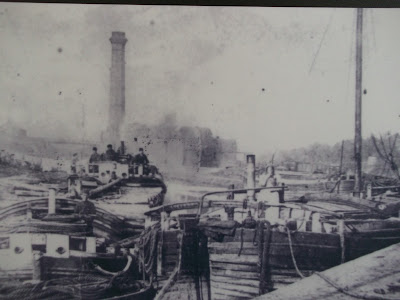 We enjoyed our stroll around Elsecar, but then, we always do.
Posted by Diane at Friday, April 05, 2013

I enjoyed the walk too, I love a bit of history.
One question...what is puther?

Cool, look at all those old photographs. I bet it's a lovely place

My Father was a coal-hewer in a South Wales coal mine and I can recall, exactly, the mess that it all made; the tips where waste was put, the coal-dust indoors,the ash from coal fires - it seemed to get everywhere. Coal also stole the lives of so many mine workers. Not a rosy memory for me but an interesting post of that area. I have an internet friend who blogs about wildlife and he lives near there.

I like Elsecarr too, we were there a few weeks ago.
Sadly there are a lot of these villages in this area which no longer have the jobs for the local people. It was hard down the pit (my granddad was a miner) but there was a fantastic sense of community and camaraderie and a pride in their hard work.
I once went on a visit to the coal face at Rossington Colliery, millions had been spent on the new face, a few weeks later it was mothballed. I wouldn't have like to have worked down there and appreciated what a difficult environment it was.
Have a lovely weekend, wish we could get some (warm) sun!
Carol xx

Thank you for sharing this walk and the history too.
Patricia x

Such a strange combination to see people in their swimwear and the coal heaps behind!
Some things from the past would be good to keep, but the dangerous places to work and the filth are something I am glad we can leave behind!
Lisa x

looks jolly cold.....those old pictures are brilliant....it is as you say so hard to imagine what it was once like!!x

I enjoyed seeing the old pictures of Elsecarr by the sea and glad the area provided the residents with some respite from the mines. In Devon and Cornwall you can across old mining areas which have been overtaken by nature. They provide such a reminder of times past.
Sarah x