Are you rested?  Then we'll move further along.  After a wander around Borough Market, 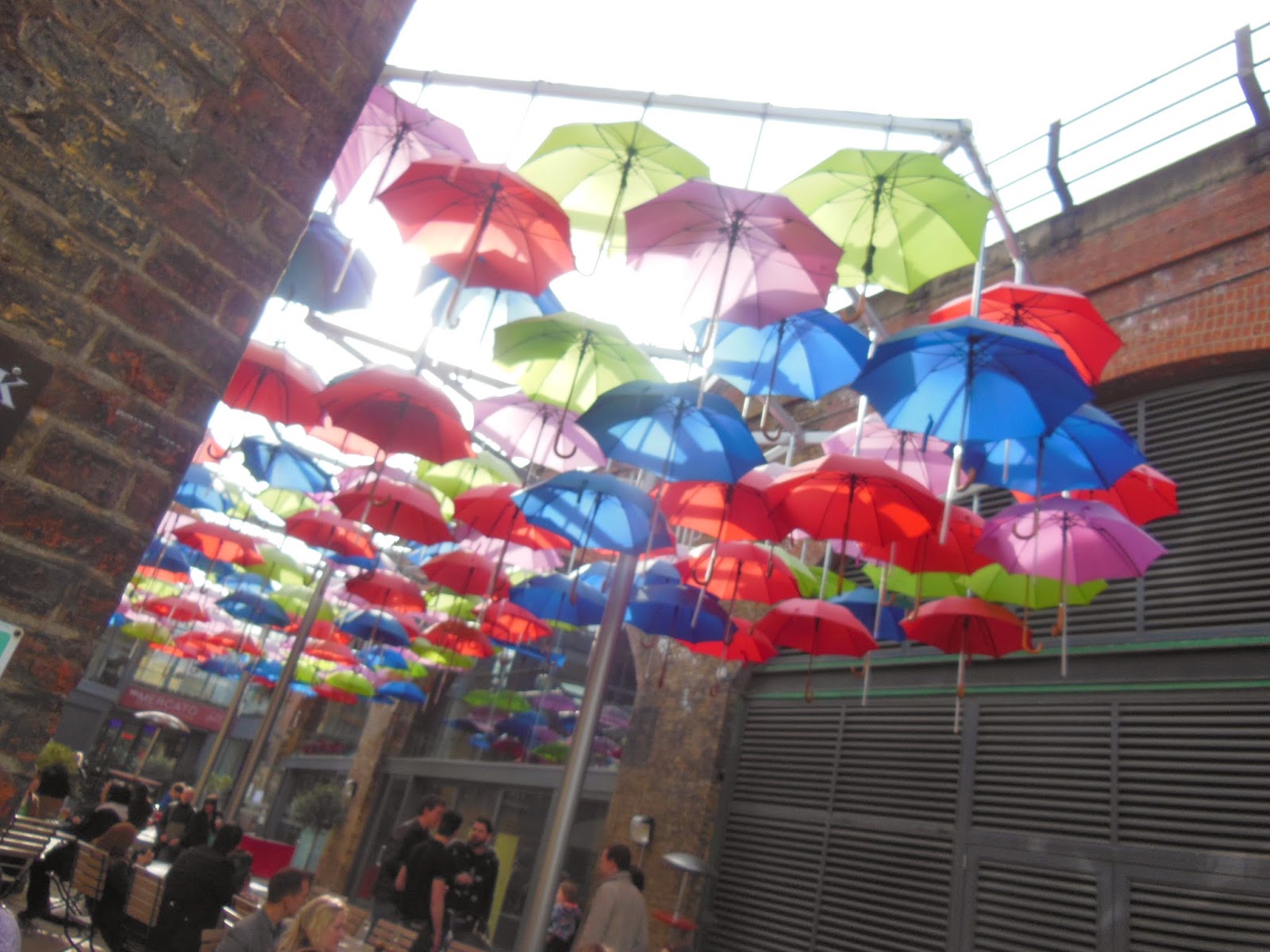 .. we made our way past the Globe.  I've still not been in, so I must make sure that I do next time. 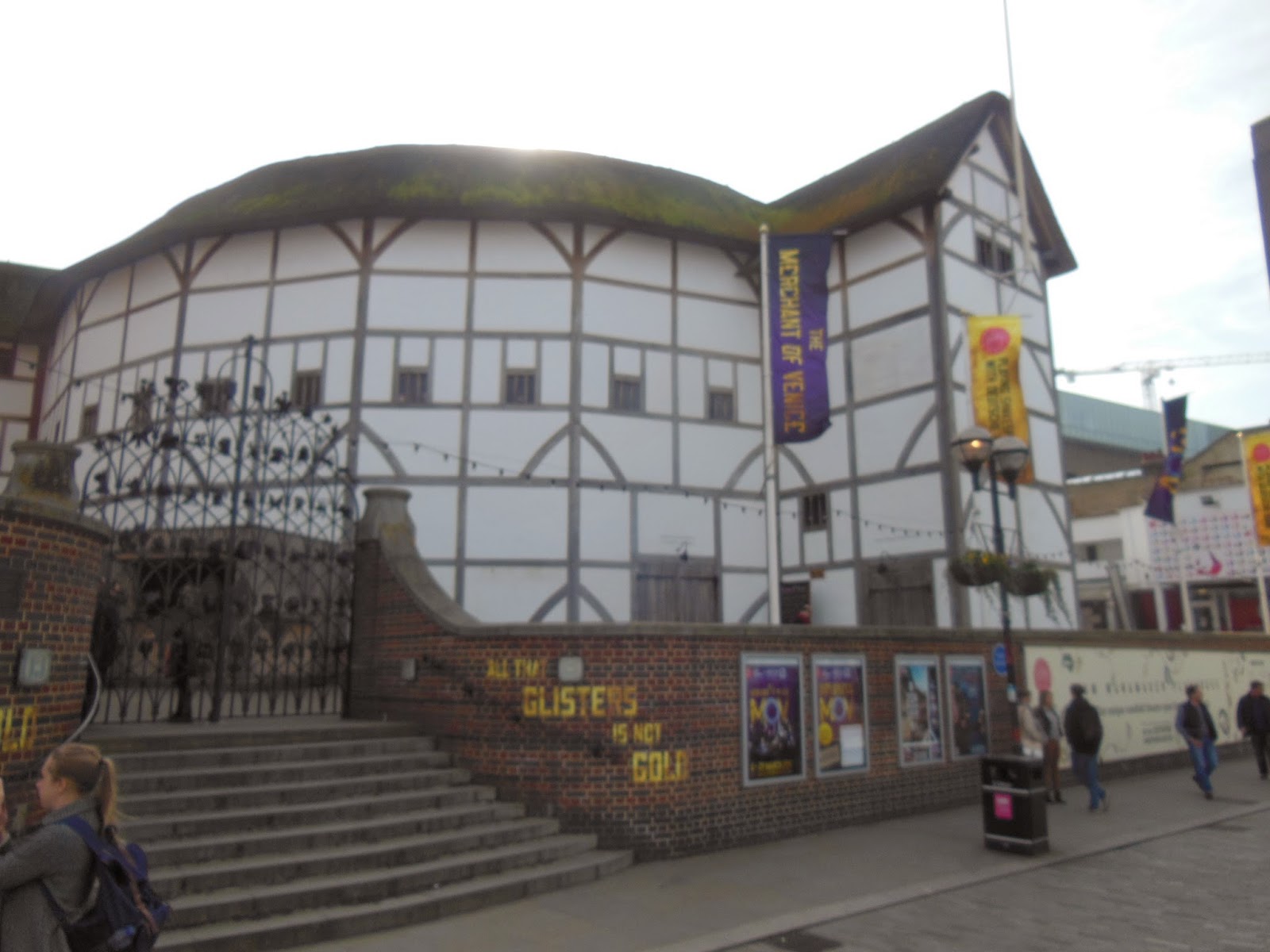 I loved the girls on  a hen night/day with their emerald balloons. 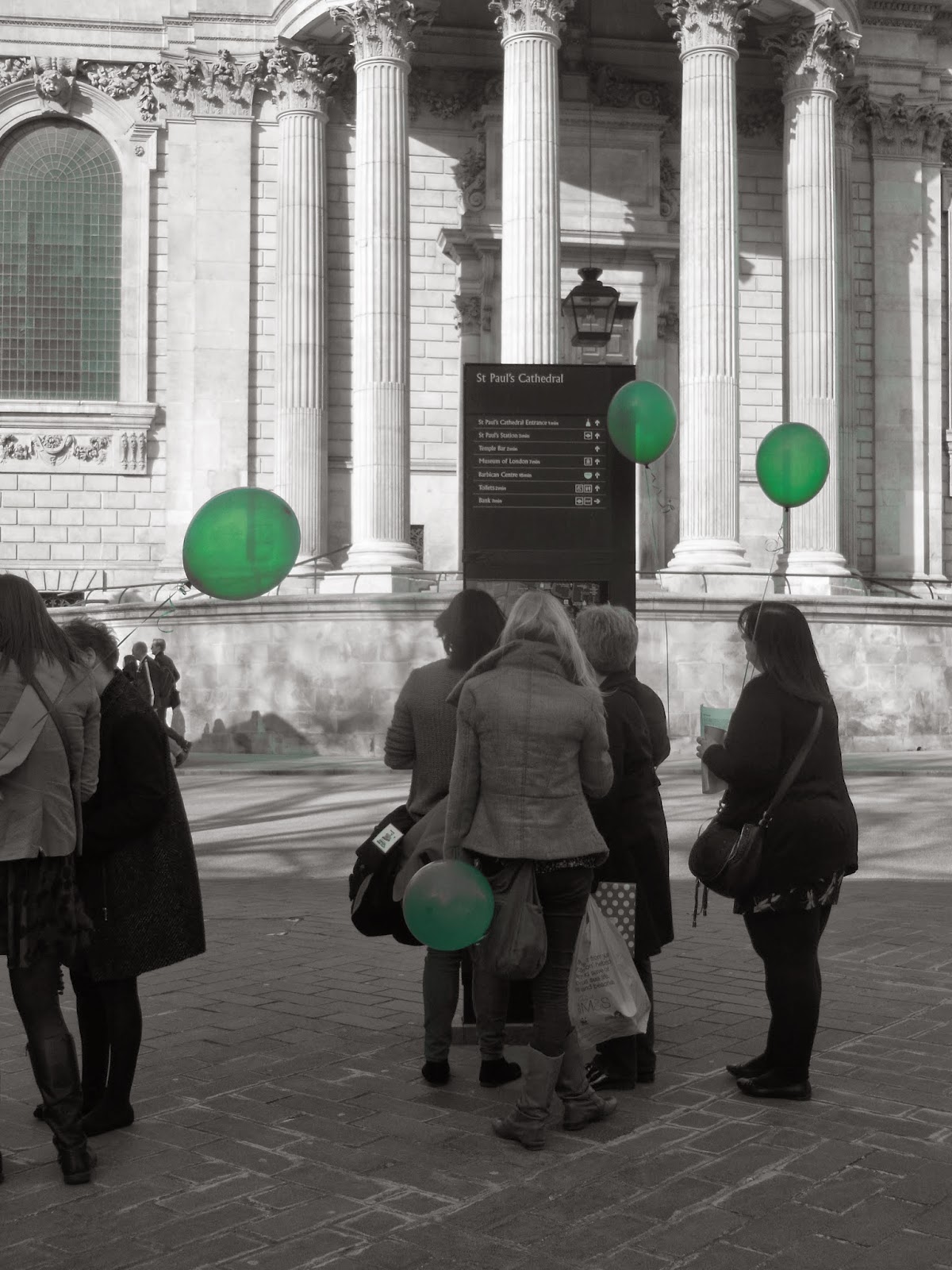 Once again, we crossed the river - over the Millenium Bridge. 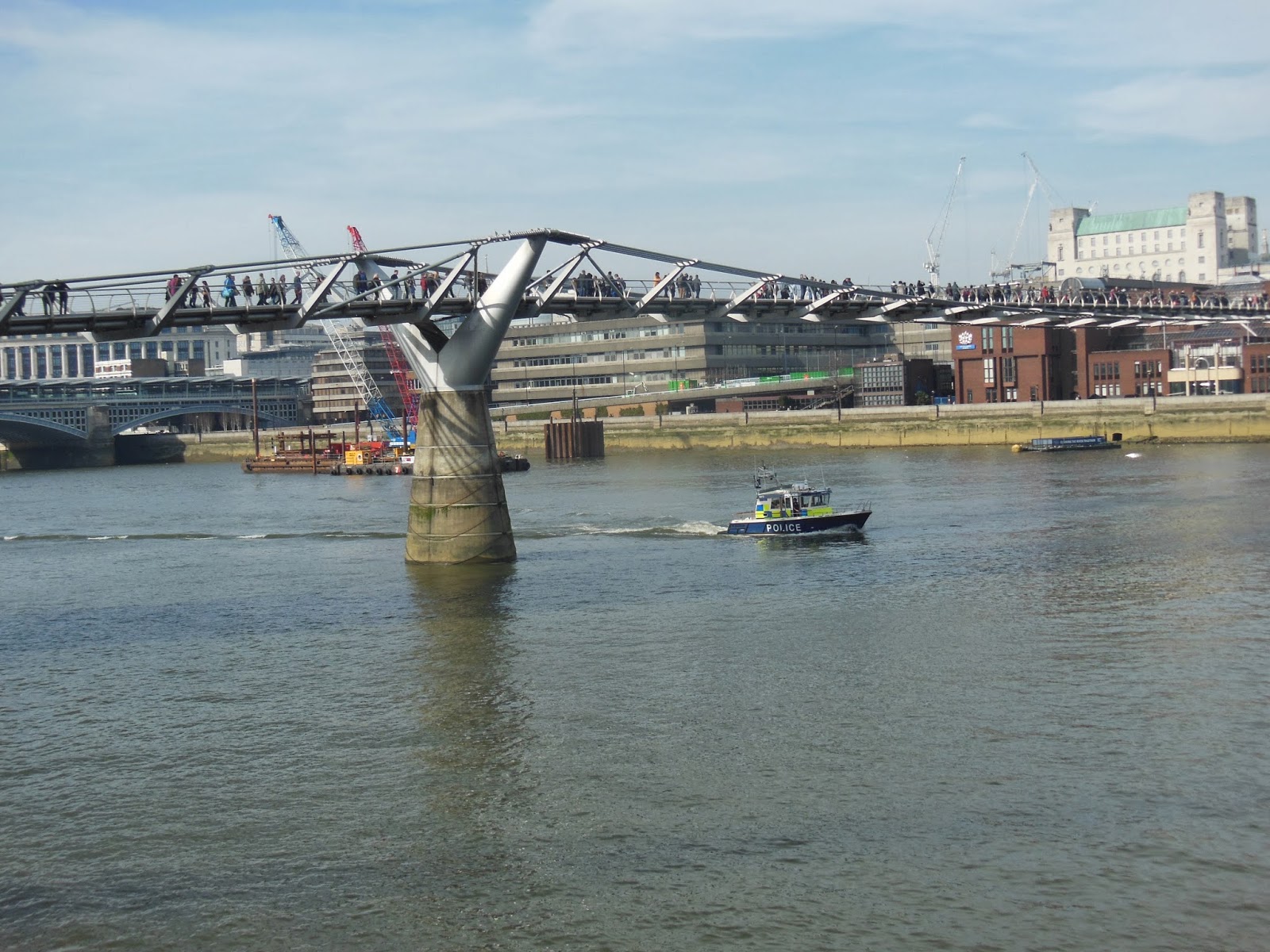 This is where we were heading - up to St Paul's Cathedral.  You can spot a few more balloons! 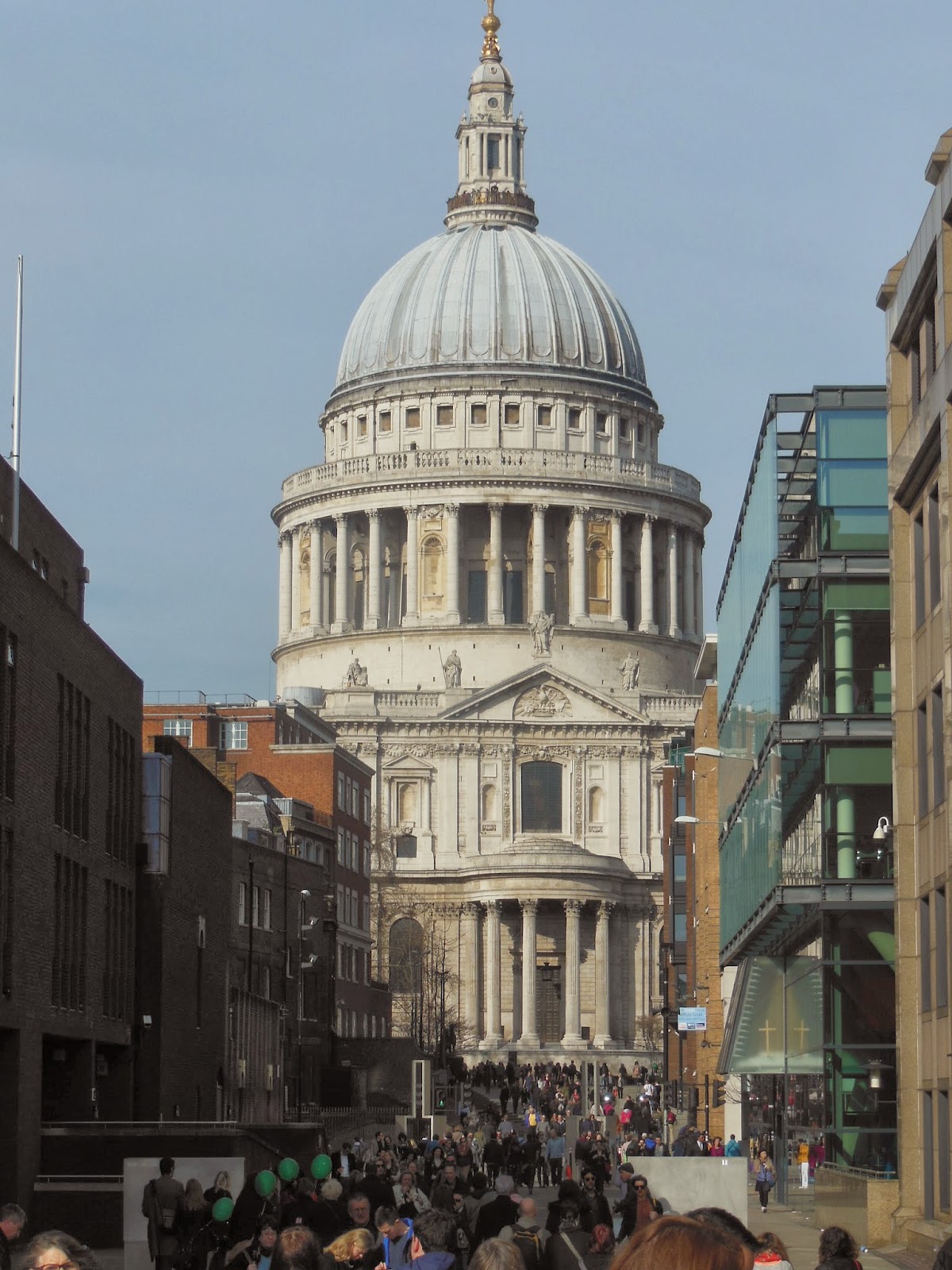 I have never done a Fire of London tour, so that is also on my list for next time.  (Upholders were Upholsterer's in case you were wondering - thank goodness for Google!!) 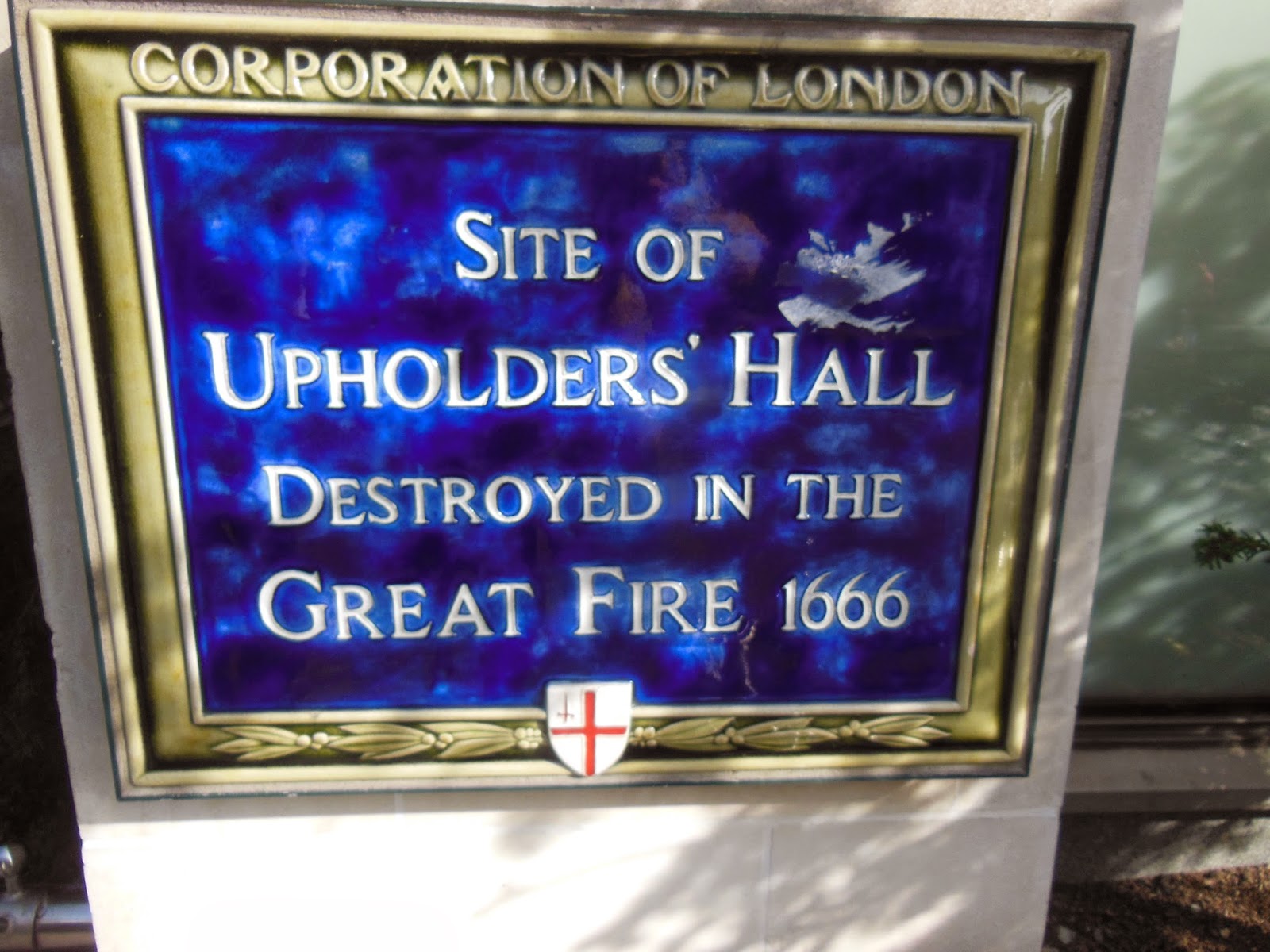 St Paul's did look gorgeous against the very blue sky.  We discovered that the newish shopping centre behind St Pauls has a roof top terrace that you can look down from, so we detoured around there for a while too. 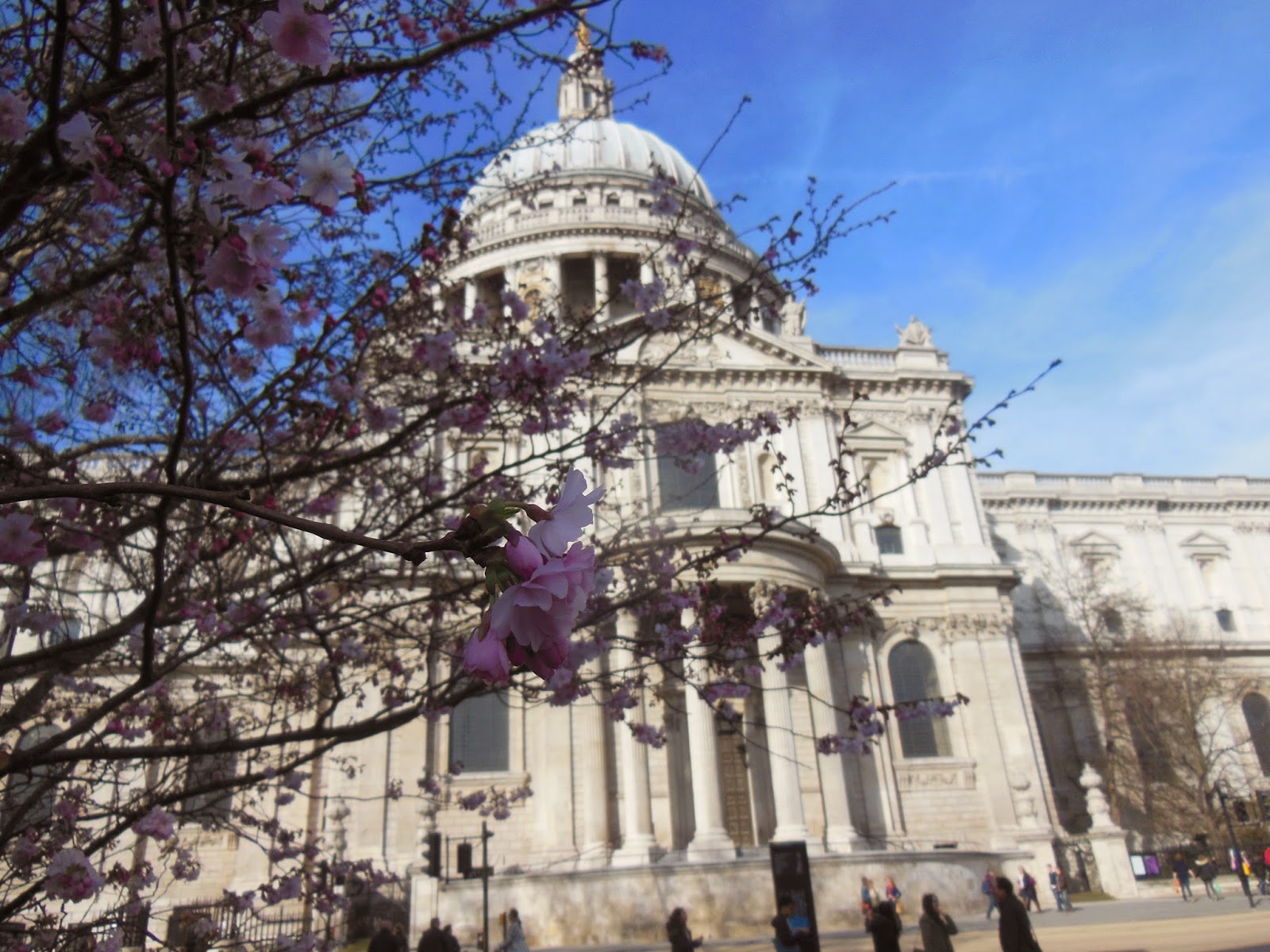 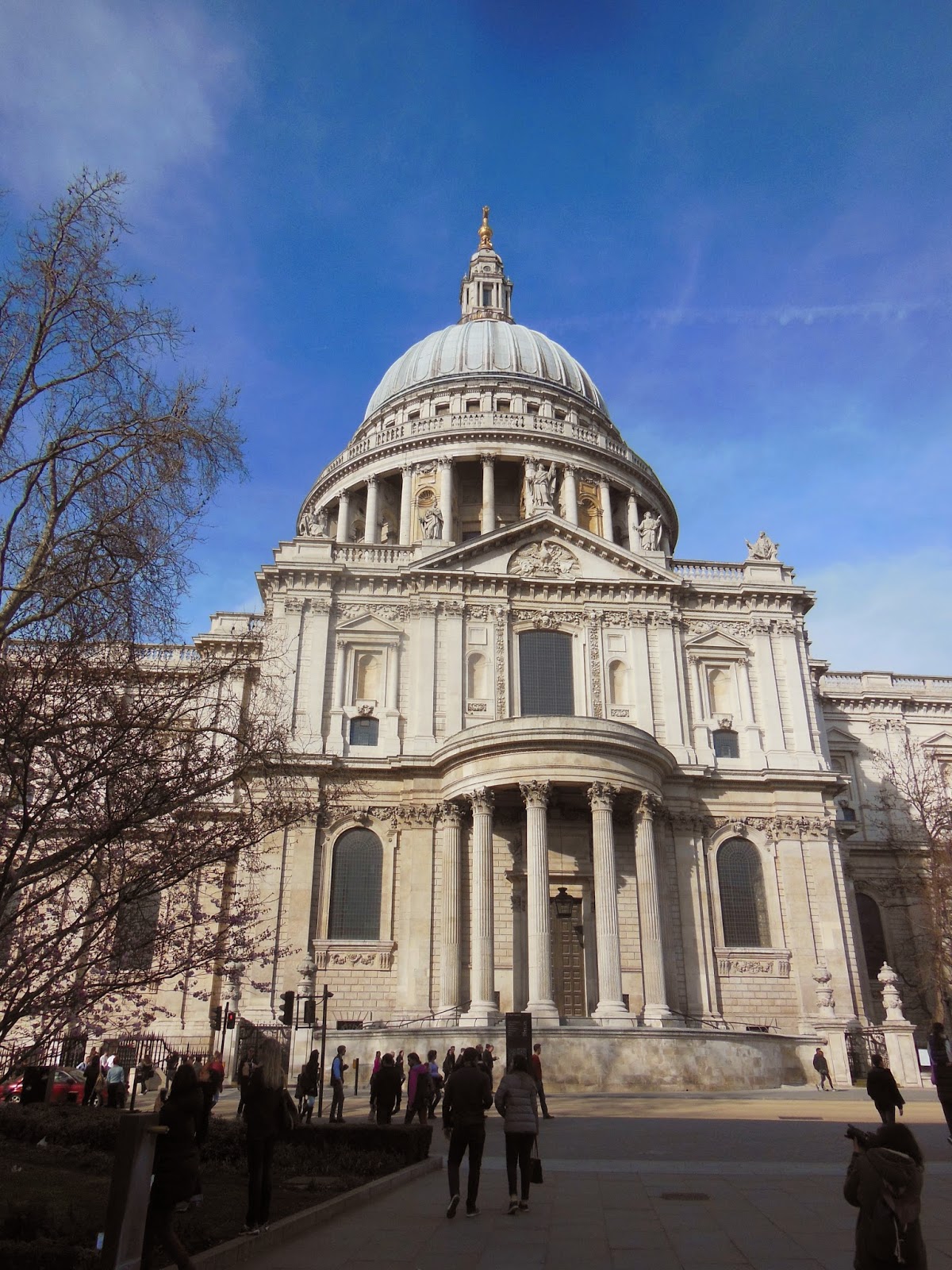 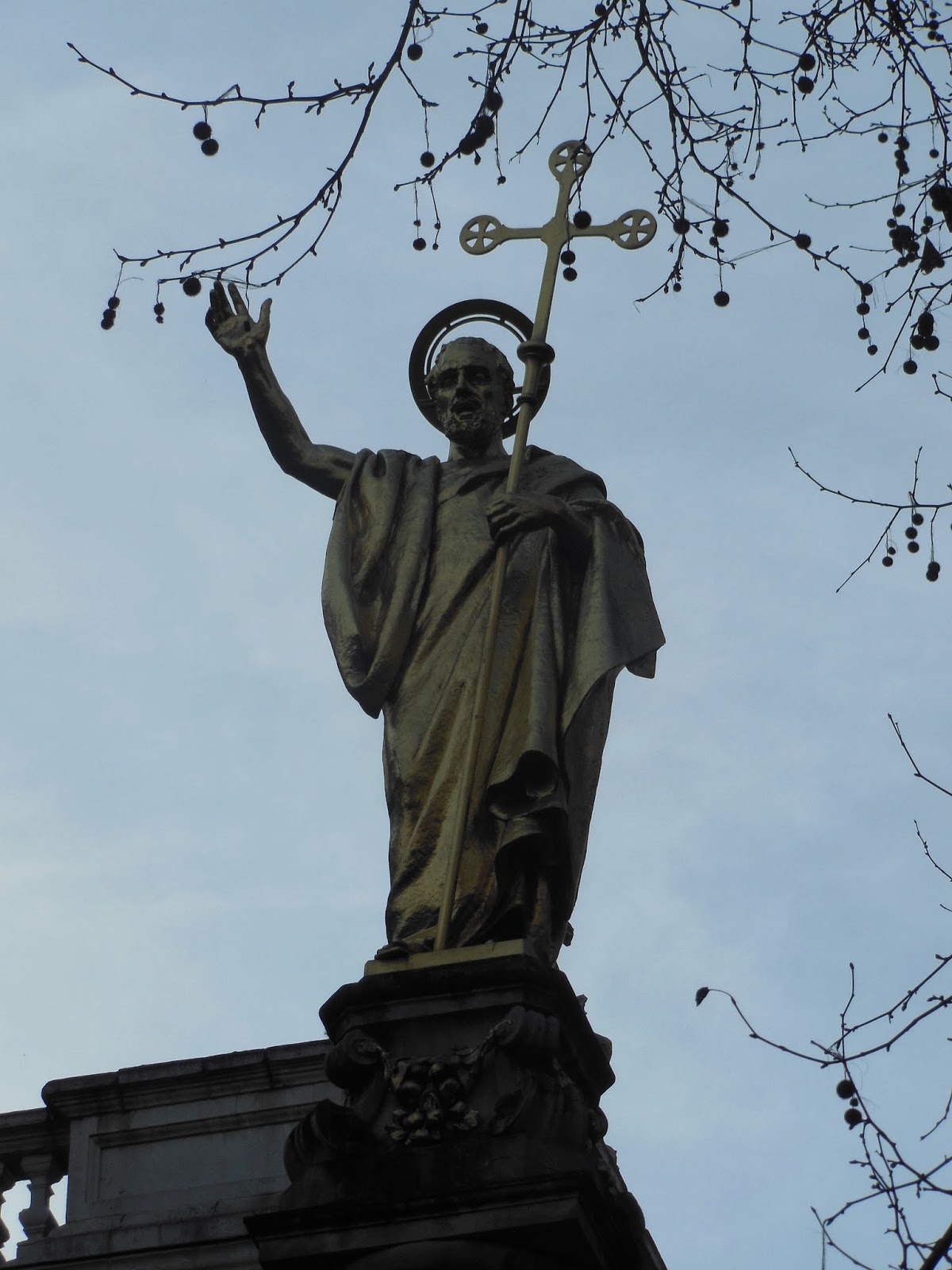 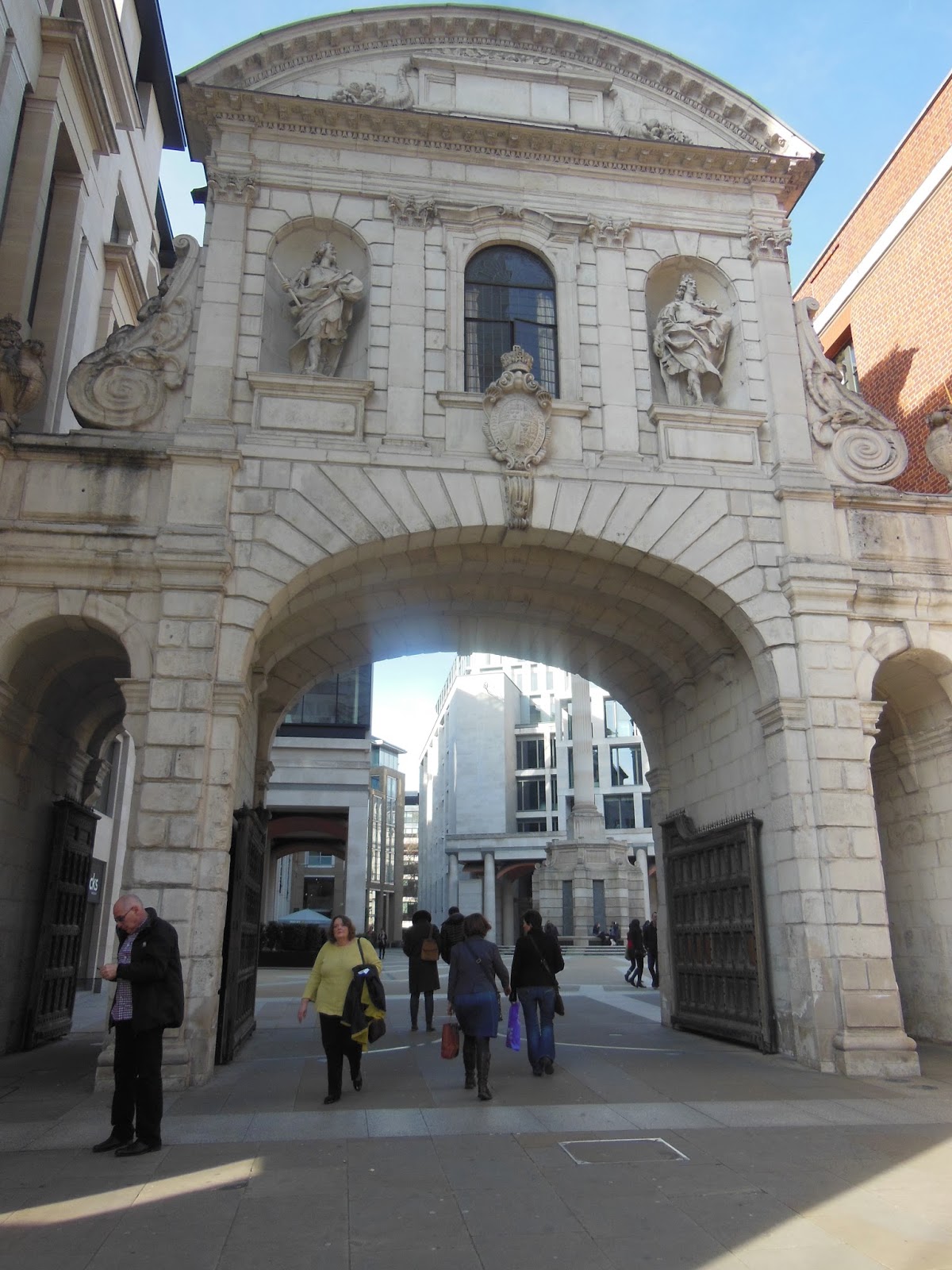 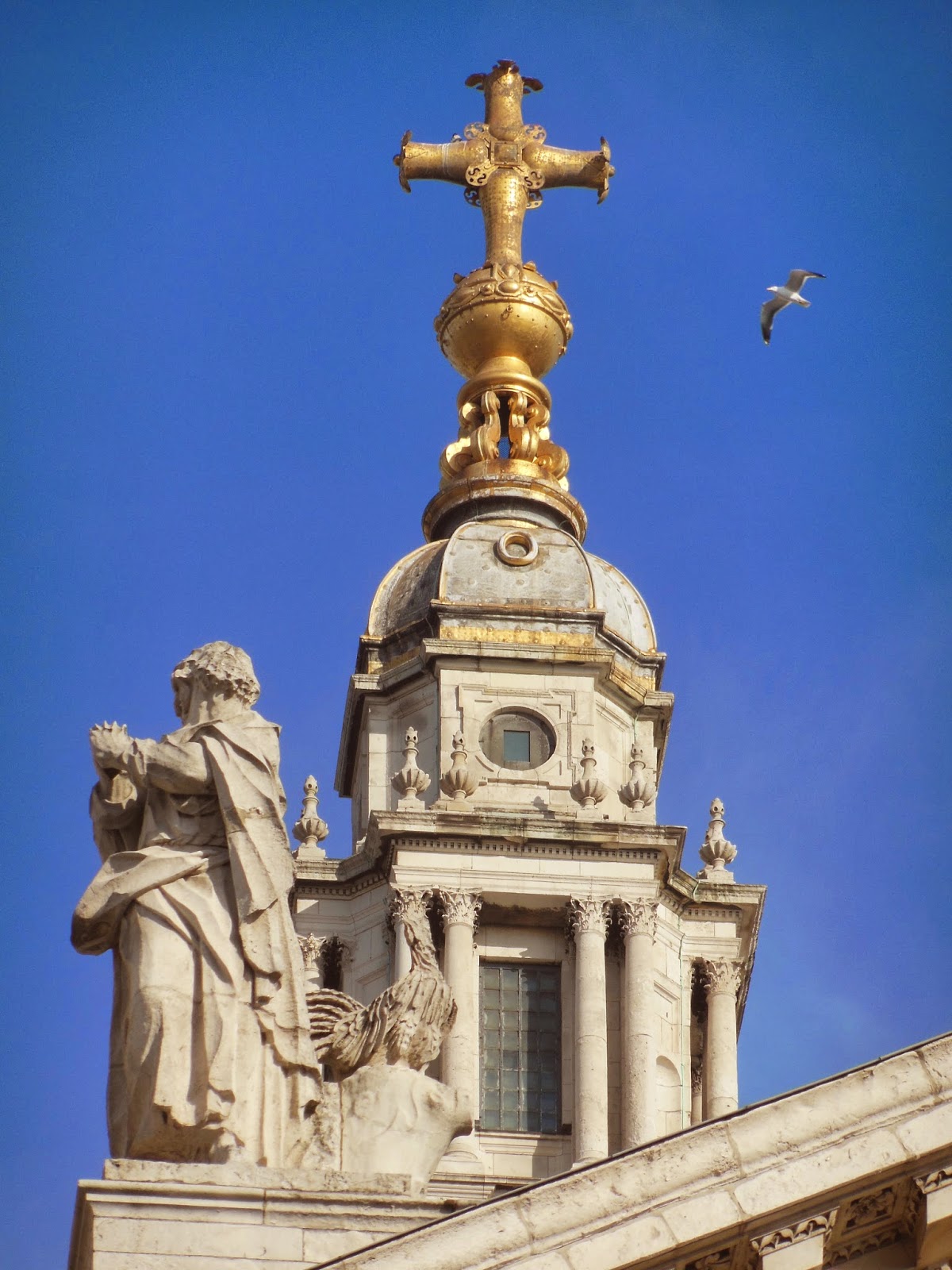 And then we headed up along Fleet Street.  The former Reuters building was designed by Sir Edwin Lutyens.  (I'm a bit of a sucker for all things Lutyens).  I believe that this is now a restaurant. 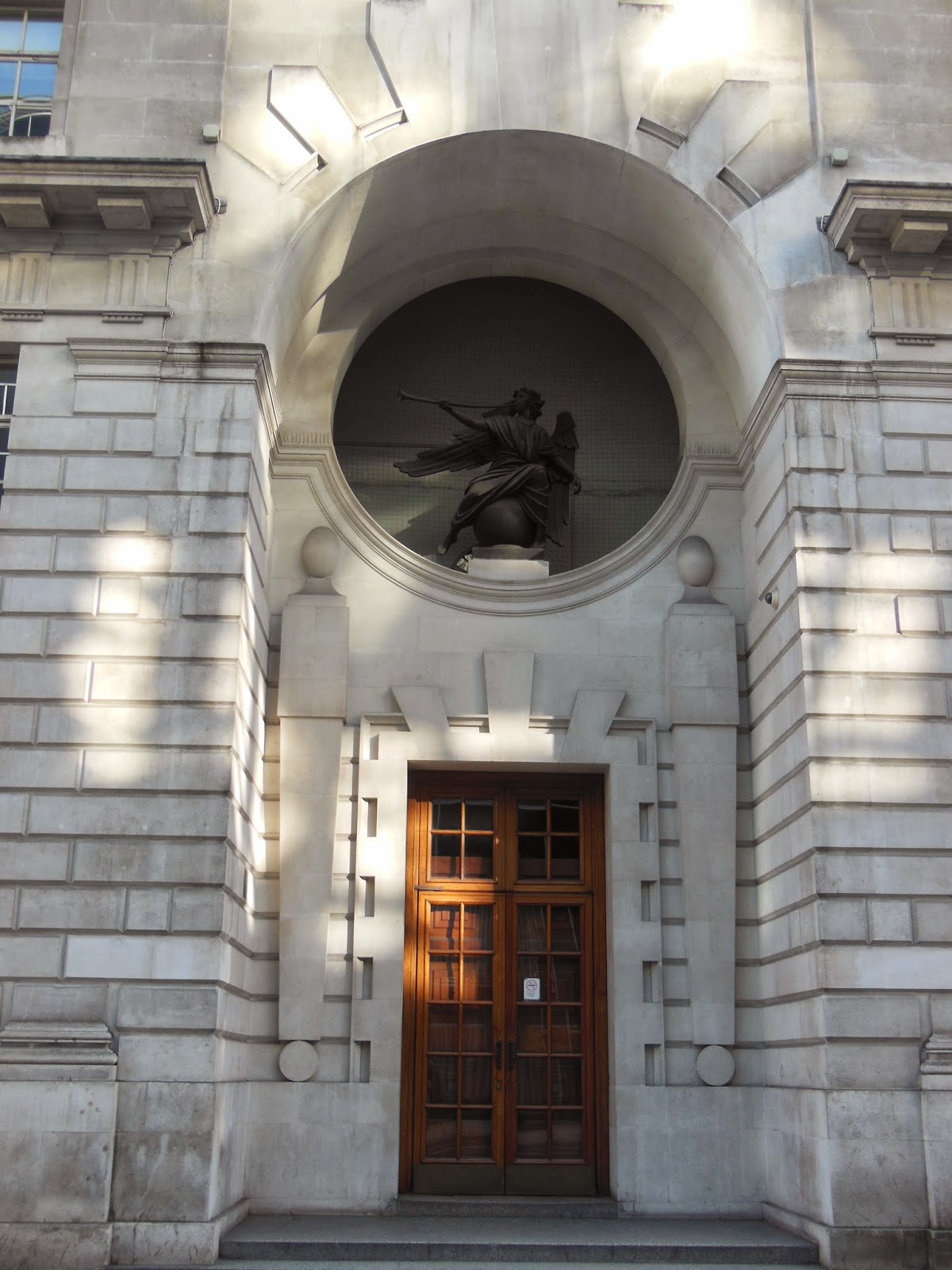 And we happened upon one of the many homes of Dr Samuel Johnson. 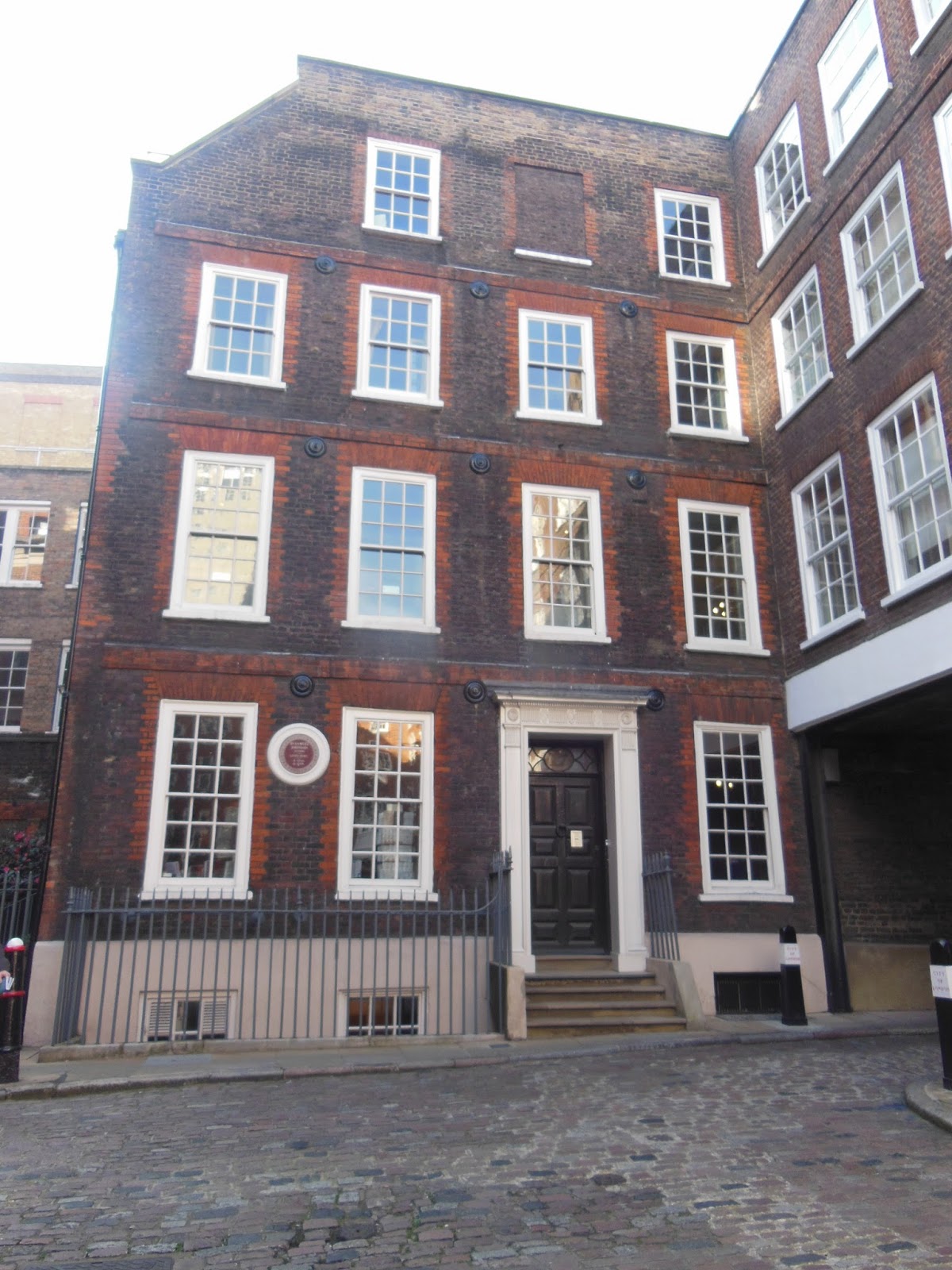 And we were delighted to find this little plaque about the Sheffield Telegraph - still going today (by the skin of it's teeth!!) 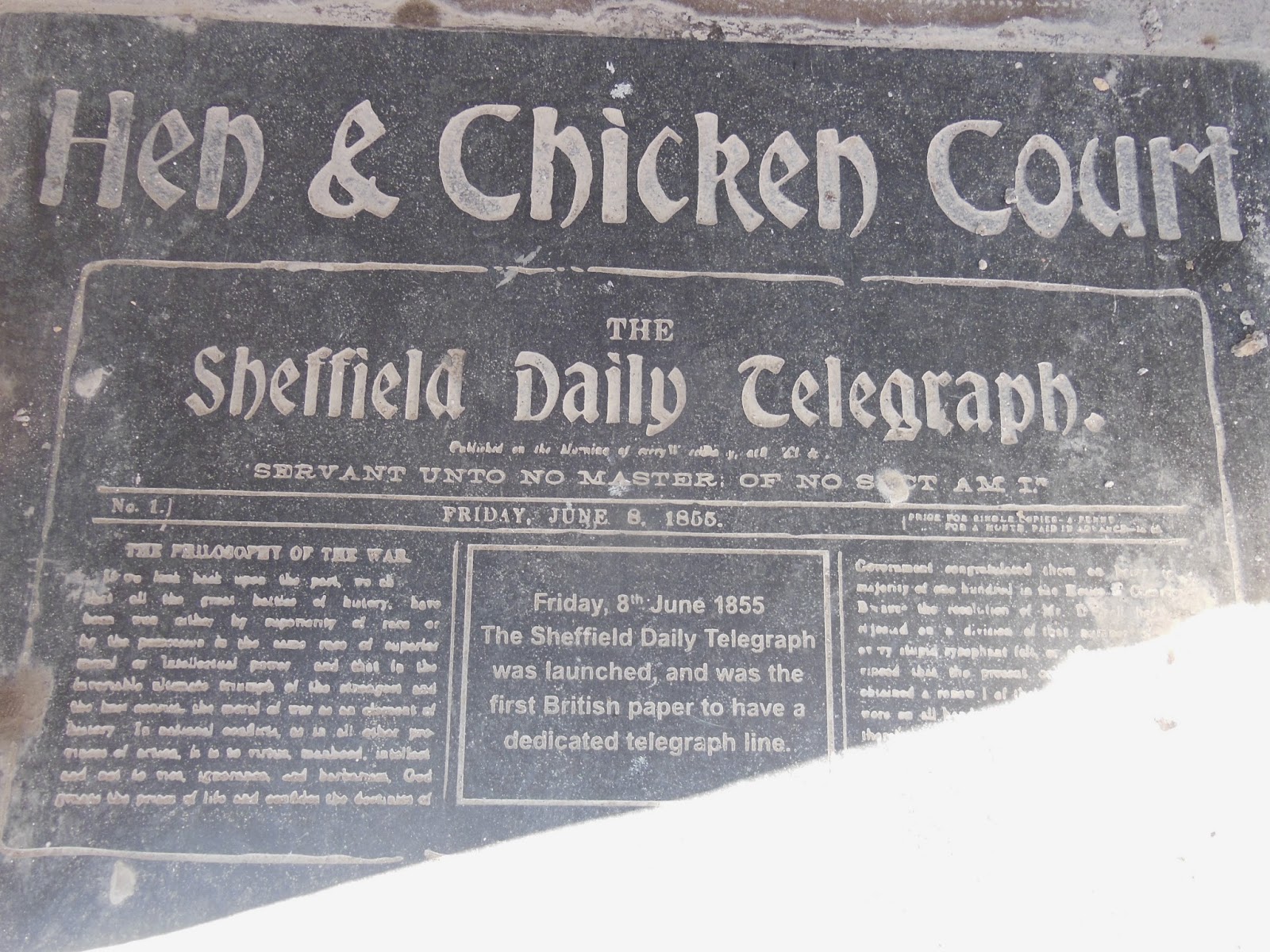 There are so many amazing buildings in this area that are no longer used for their original purpose, but they are trly beautiful with such wonderful detail. 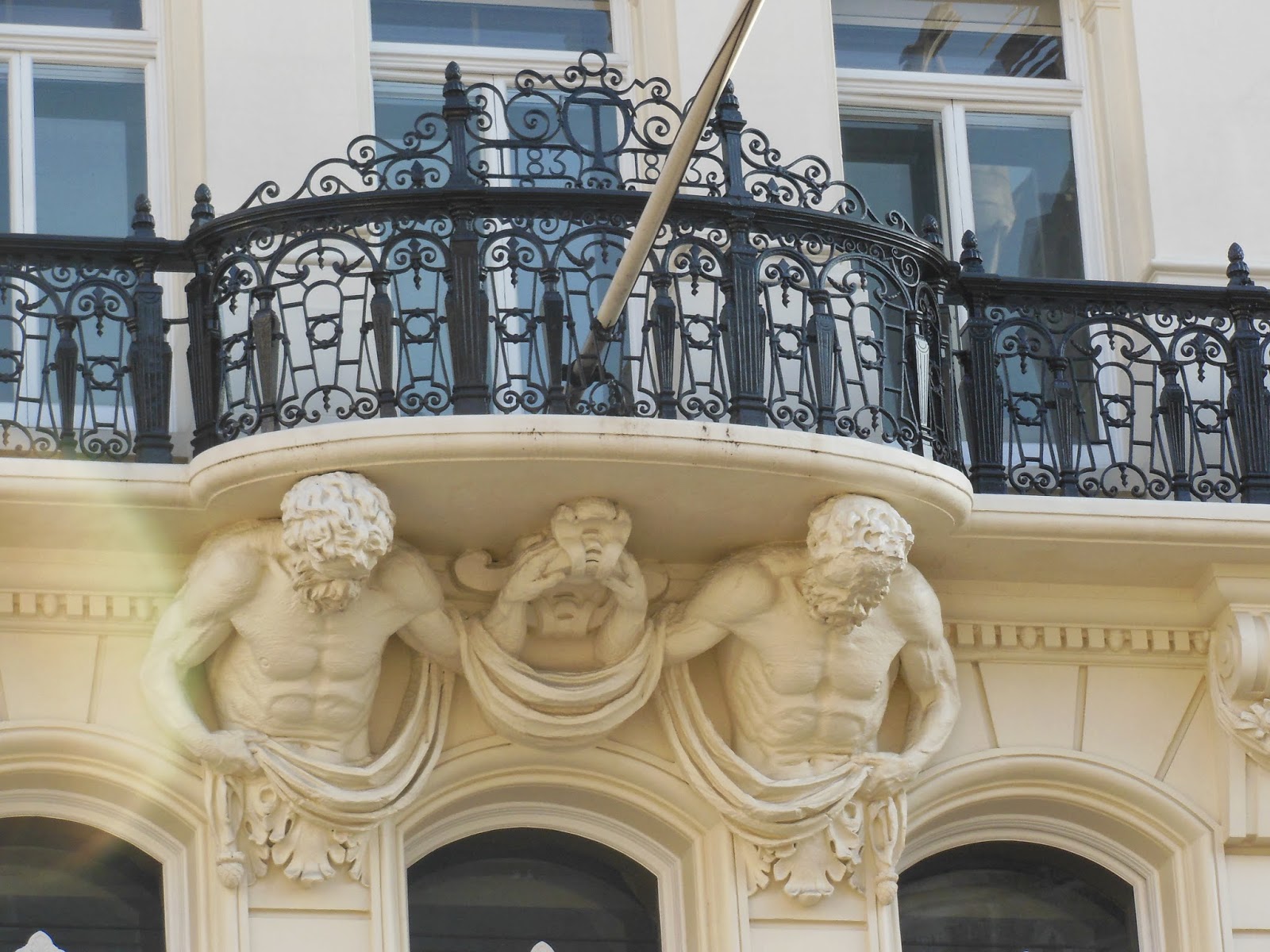 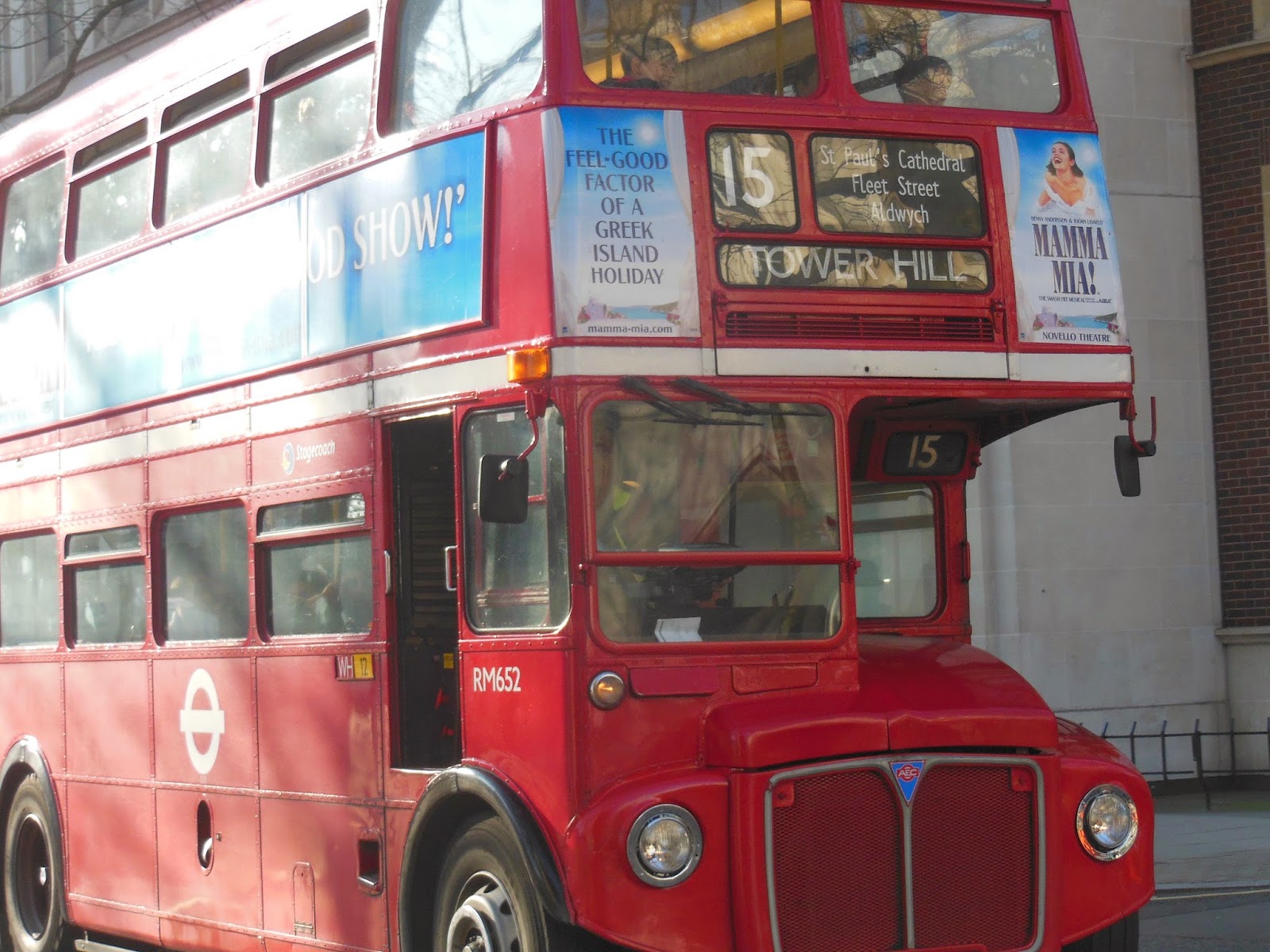 And then we discovered the Church of St Clement Danes - famous for its "Oranges and Lemons", and also for it's connection to the RAF.  Outside stood the statues of Arthur "Bomber" Harris.... 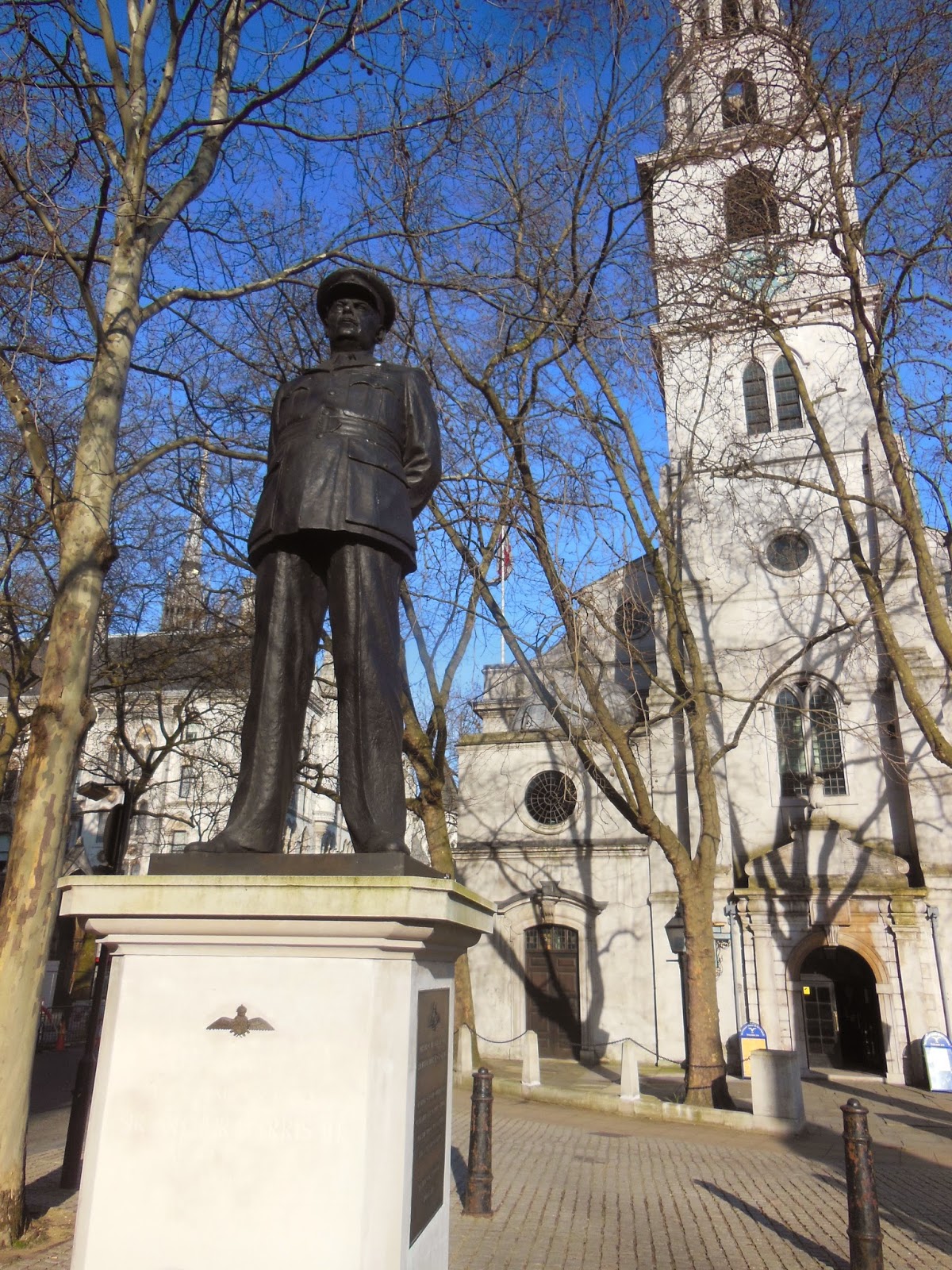 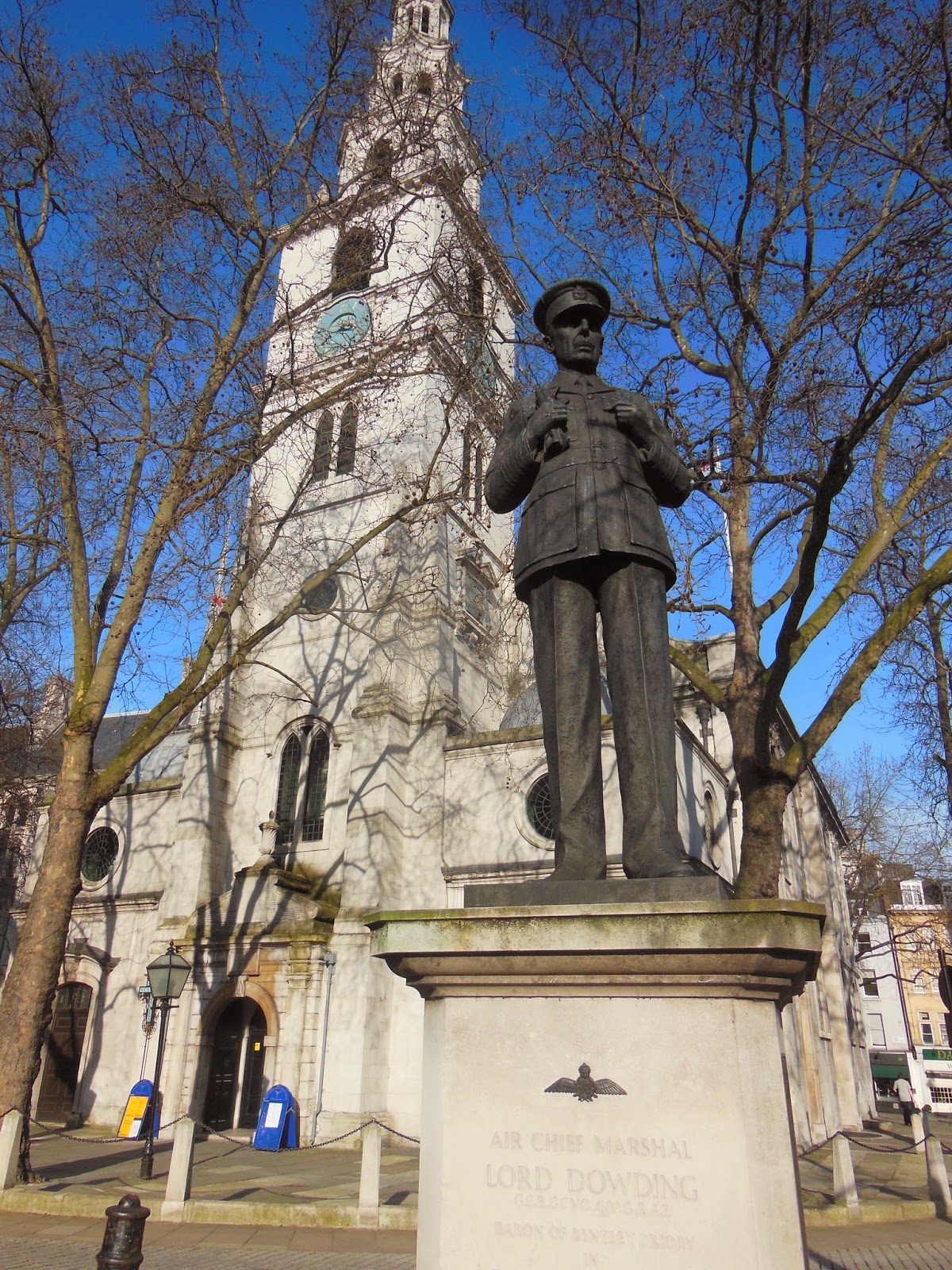 Hubby spent a while looking around the church as he does have an interest in all things World War 2.  We were serenaded by a beautiful German choir as we walked around as they were rehearsing for an evening event.  The church had almost been razed to the ground in the London blitz by German bombers (they have photographs on display of this terrible night), and we also read about the protests by the Germans in 1992 when the statue of Bomber Harris was erected as he was blamed for his raids on Dresden and other German town, so the music of the choir was poignant and very moving when all that bad history was taken into consideration. 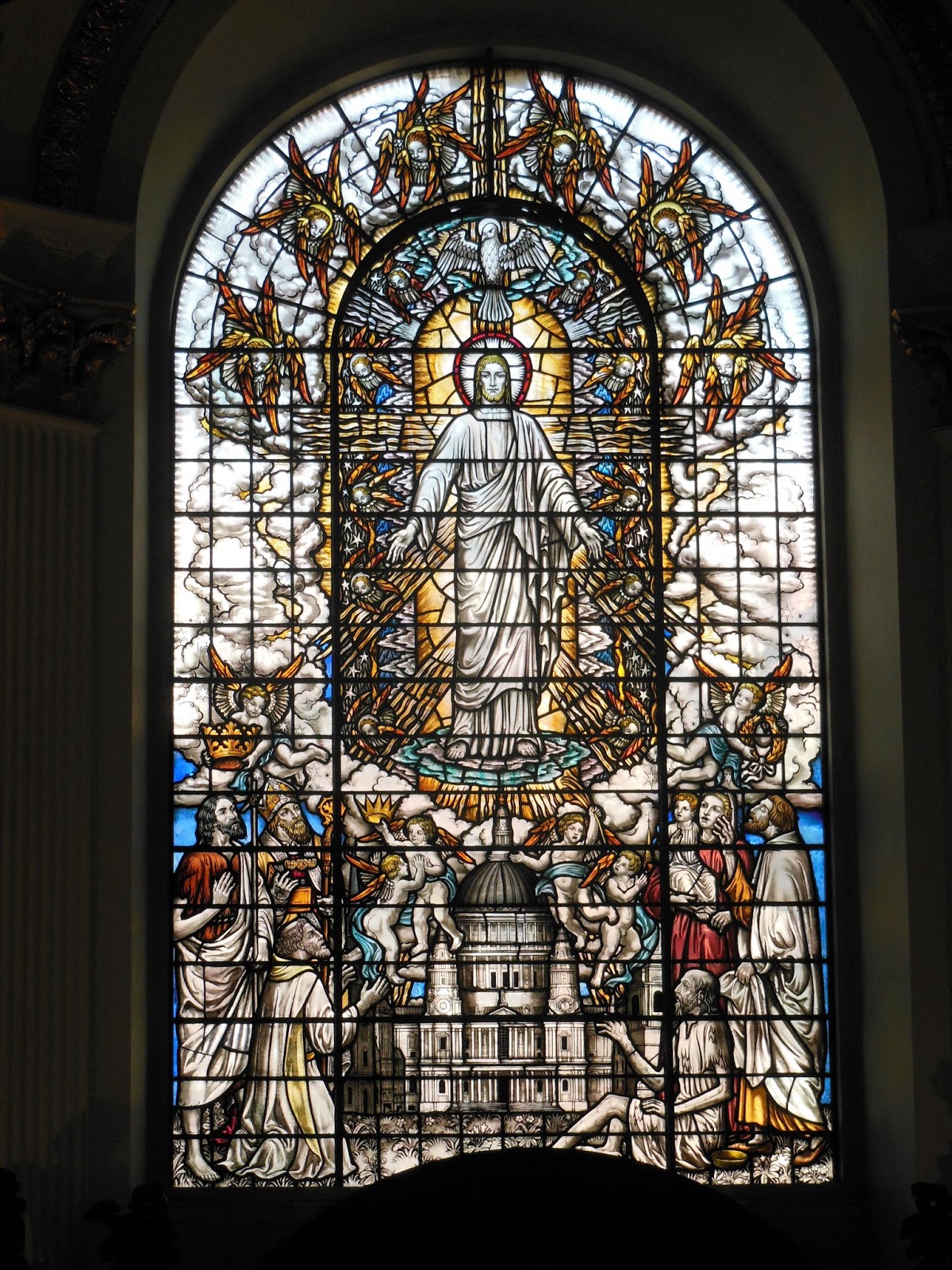 I would highly recommend popping into this gorgeous church if you are near. 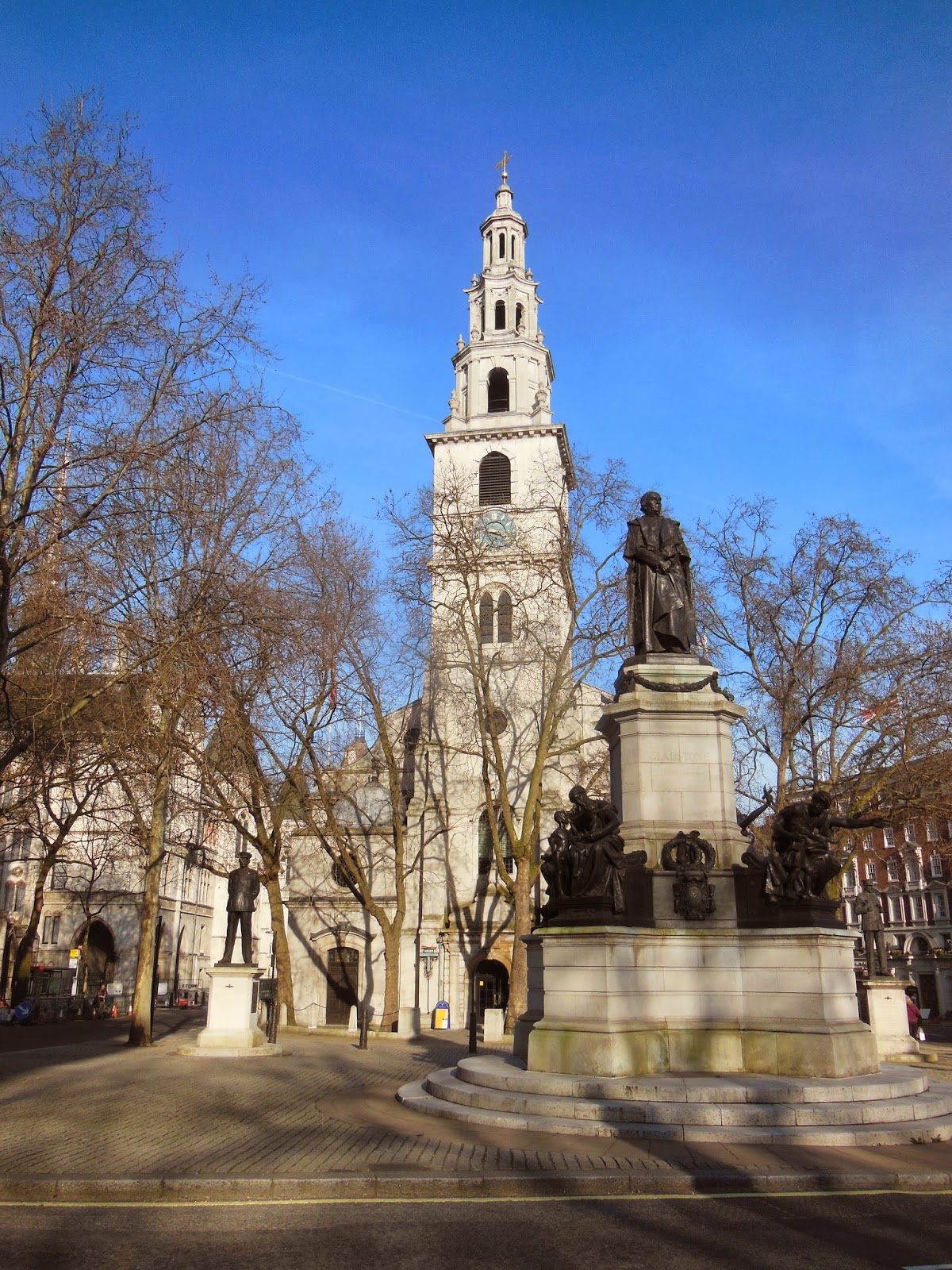 Stay with me - we are nowhere near the end of the day yet, but I thought you might need another rest!!
Posted by Diane at Monday, March 17, 2014

You always seem to be very lucky with the weather when you visit London. I really enjoyed this tour with you, I would like to go again soon,xxx

Another wonderful walk showing the hidden delights of London. Thank you. Sarah x

What a gorgeous you had for it as well! Jane x

St Pauls's really does look magnificent against the blue sky, doesn't it? Love all the architectural details you selected, Diane. My mum was a nurse in London during the war, and remembers the bombing raids and the fear and destruction very well... xxxx

You certainly squeezed a lot in. My Mum used to work in Fleet St in the 1960s. Also when I was a little girl I had a favourite seat on the bus (always routemasters back then) and if ever we got on and someone was sitting in 'my seat' I'd have a right old sulk!

I crossed the Millenium bridge at night and it was such a amgical experience!
xxxx