My planned trip to a foreign land that had been arranged in an attempt to meet a couple more bloggers, had to be postponed - re-arranged for next weekend hopefully. So hubby and I found ourselves at a bit of a loose end, so we decided to walk to a neighbouring village to support their village gala. 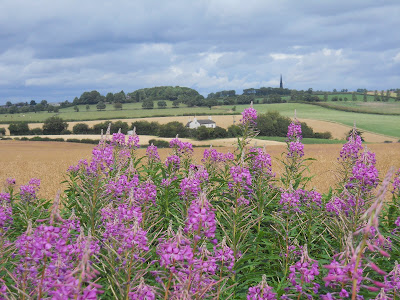 Harley Gala has grown over the years. It is held on their lovely playing field and has something for everyone. The local pub does the beer tent, the village shop organises the BBQ, and there are some good little stalls to look around. Its a proper little community event.
One of my fave events was the police dog demonstration. 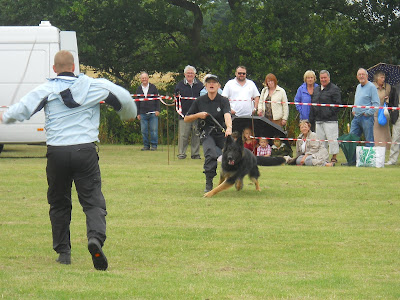 Hubby has taken part in a few of these events, and even with the precaution of having the arm padding on, has come away with a nasty nip or two - generally on his derriere! 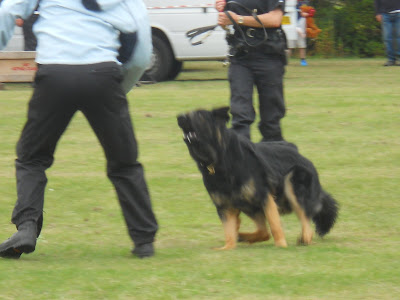 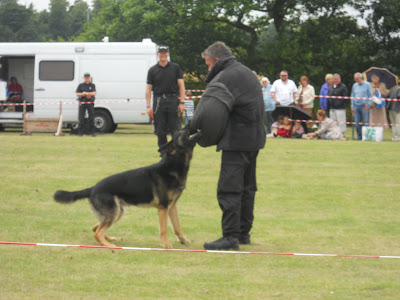 The star of the show though was this young officer in training. I could have brought him home. 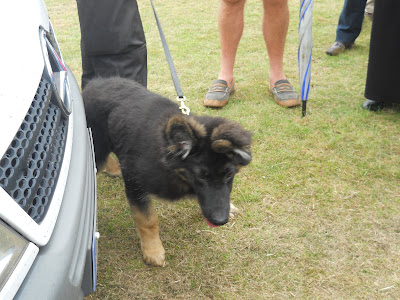 The vintage cars were smashing to look round too - we spent ages looking round them. 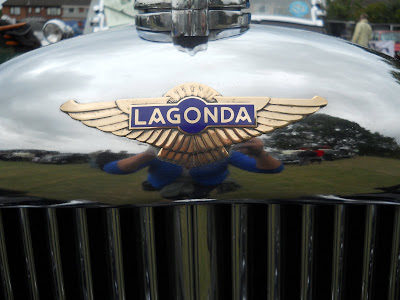 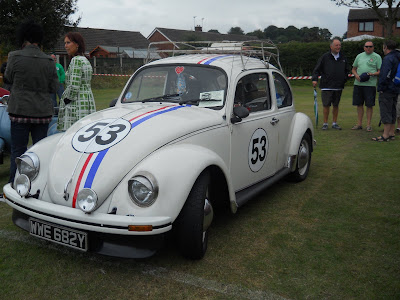 Something else I had my eye on! 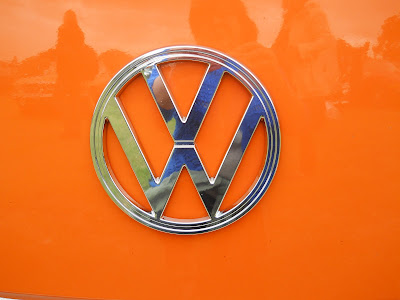 The couple who owned this had it from new - for 37 years. It had all its original features and was in tip top condition. The lady showed me her photo album of their trips to the South of France. I told her that I loved it, and she confessed that she hadn't really liked the vehicle much until people had started telling her how lovely it was. 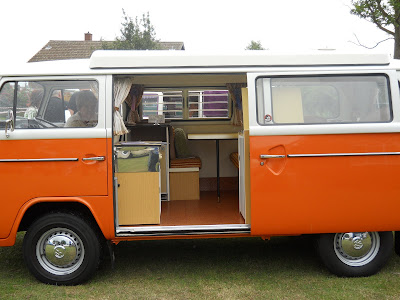 They had a great folk band playing, and being Yorkshire - a lovely Brass Band (always brings a tear to my eye). 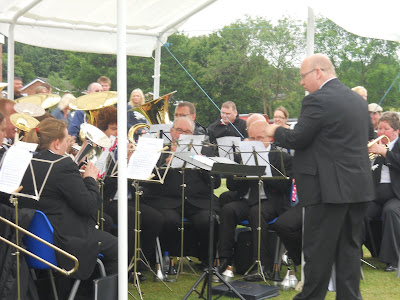 We had a look at the birds of prey - who had a look back at us! The owls owner just looked like Bill Oddie! 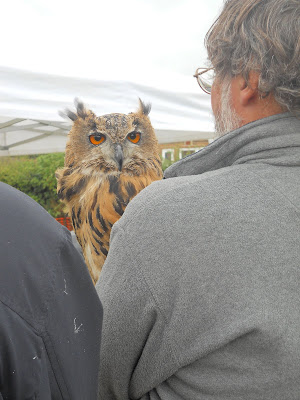 Then it was time to walk back across the fields and home. A grand day out. 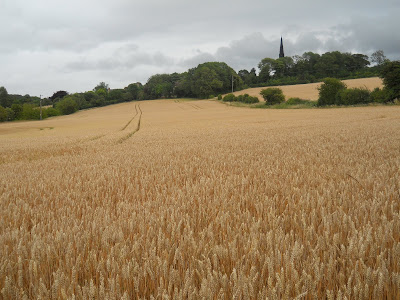 Fab! Love the dogs especially, ooh and the owl!! x

It looked a lovely show -at least you had better weather than we did here - as predicted ,it piddled down all day !

There's an episode of Family Guy where Peter Griffin gets angry because a guy says, "Nice hooters" to his wife...but she's holding two owls. :-D

Ooooh we do things like that at our dog displays (Cheshire Dog Display Team). That VW camper is lovely !

Love the pics,.the loosestrife although a weed looks pretty . My friend bluebell never pulls it up in her garden , and the amber eyes on the owl are beautiful

I'd have taken him home alright - the pooch I mean!
BH x

Harley Gala, I wonder why I expected some motor bikes, never mind, I also like the VW it would suit us very well for touring around! Diane

Sorry to hear your bloggy meet didn't pan out, looking forward to hearing all about it though after next weekend. The gala sounds lots of fun, I always love to see the police dog displays, they're so well trained. I love to hear brass bands, my dad used to play the E flat bass so hearing them always brings back lots of memories.

The young officer in training looks a real sweetie:) The birds of prey are great too and I've always loved brass bands too - like you they always make me feel emotional. It's a Northern thing I think:)

Yorkshire is a wonderful county, don't tell anyone I said that though. Gorgeous views and a lovely day out.

I love village galas, shows whatever they are called. That looked really gentle and fun. Beautiful surroundings.x

Wow what a greatnday out, looks like lots of fun.

Looks like a great day.
I loved your reflection in the Lagonda!

An ideal day out. What a lovely dog.
Carol xx

What a great event! I remember seeing "Herbie" my first year of college...wow, have movies changed!

I like these kind of events, looks like your local one was packed with interesting things. And a very cute doggie!
Lisa x

Looks like your 'plan B' turned out to be a super day! Brass Band music always brings a tear to my eye, too. The dogs look raring to go and the owl has lovely tufty ears. Glad you had a great day out across the fields:)

What a cute Police Puppy! You can't imagine him savaging some criminal in a couple of years can you? And that is my dream camper van, bright orange! Sigh....

A fun day out. Love the first and last landscape. What would you do with him if you took him home. Bye the way are we talking guy or dog here?

What a lovely little fete - wish we had something like that near us!

What bliss, looks like you had a wonderful day.

what a lovely day out...went to the Isle of Wight and got rained on ...even lit a fire on Saterday night!!

Oooh Strata brass band - they are good - looks like a great event - did you see Toby Foster in the beer tent !

Diane thanks for your post - Ah I can see Toby now - didn't recognise him with the beard - Emley Brass Band is the band I play with - most of our concerts are in west Yorkshire but we are playing at St Marys church Ecclesfield October time.