So with a Saturday all to myself, I decided to go back and take a look what was happening at Manor Lodge in Sheffield.  I'm so glad I did, it was really interesting and so lovely.  It was built by the Earls of Shrewsbury who lived in Sheffield Castle (who's footings are now under the Castle market) as a hunting lodge for their extensive deer park in medieval times.  In the early 16th Century, they extended it and turned it into a very grand manor house.  It must have been vast. 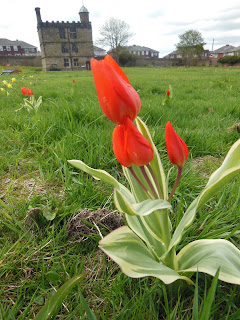 The site has a fascinating history with Mary Queen of Scots being held here as a prisoner for some time. 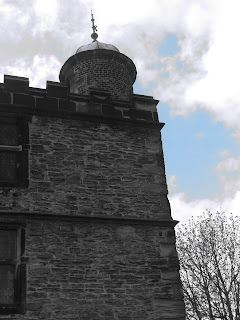 The site open Fridays and Saturdays 10-3pm and is free to look around.  They charge £2.00 for a tour around the gatehouse turreted building, and this is really interesting.  The guide told us that an old lady had lived in it up until the mid 60's - some of the volunteers could remember her living there.  The volunteers are all very knowledgeable and really lovely.  They have some great artifacts on display and the history of the whole site is documented really well with some fascinating photographs. 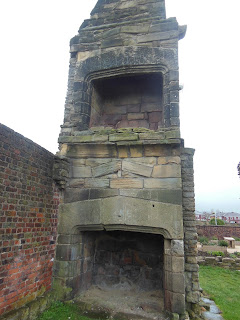 They also run a company from here called "Green Estates" (the company that did all the wild flowers for the Olympic village last year).  They plant the meadow at the back of the site with millions of wild flowers - so I can't wait to go back and see these when the summer finally arrives!  The Apothecary garden has just been planted and adds interest. 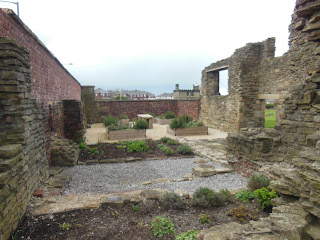 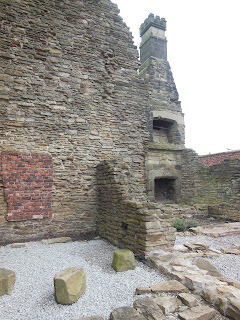 They hold many events here and I am going to keep my eyes open to see what is on.  There is a local history fair at the end of May which might be good, and I bet the flower festival in June is amazing. 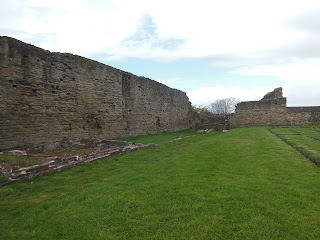 The interior of the gatehouse was renovated by the Duke of Norfolk (who married the Earl of Shrewsbury's daughter) in the Victorian times.  Nearly all of these renovations remain and in very good condition. 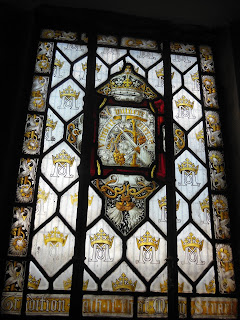 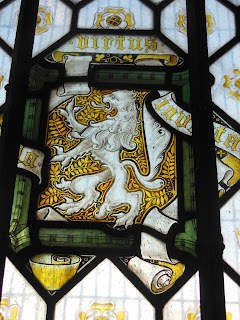 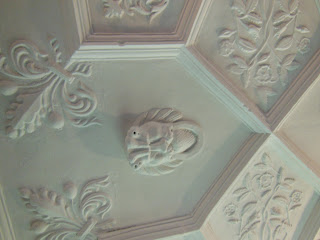 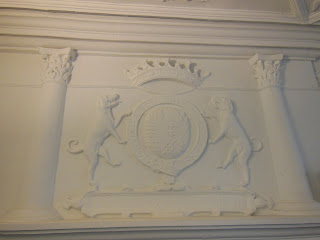 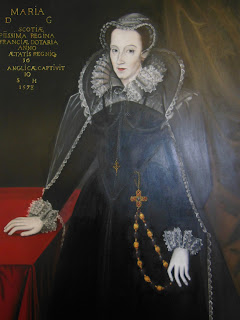 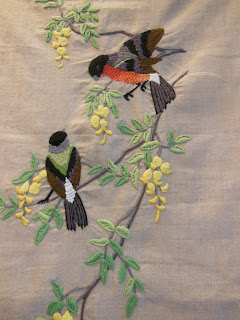 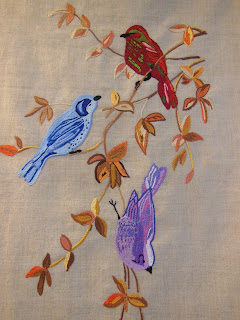 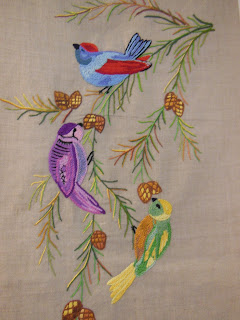 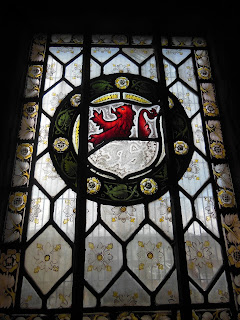 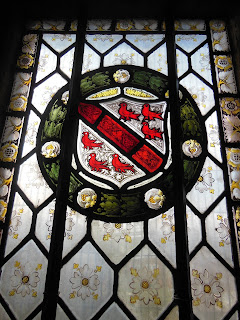 The Manor Lodge is surprisingly only a very small part of this interesting site.  I will show you what else I got up to here later.

I can't believe I have not been here before.  I am constantly amazed at what I have overlooked - right under my nose.
Posted by Diane at Monday, April 29, 2013

What an interesting place to visit.
Wonderful that the windows have survived.

Loved the embroidery & the windows

What a wonderful place to visit.

A lovely post, Diane. As always, very interesting. Thanks for all the information as the place looks well worth a visit (or two).

What a wonderful place! Thanks for exploring these treasures on or nearby your doorstep and sharing your findings with us. I love the embroidery and the windows and like the sound of the apothacary's garden and the wildflower meadow:)

Such a fascinating place chock full of history.
Those embroideries are stunning.
I bet the garden shows are gorgeous.
Lisa x