The kids were going to the cinema (the one in the shopping mall), and so after we dropped them off, we decided to go for a walk along the river, as this was a far more frugal way to spend a couple of hours (rather than hit the sales!!!) . On our way, we passed this gent who was using an unusual form of transport to get home from work - I thought about you Lisa! 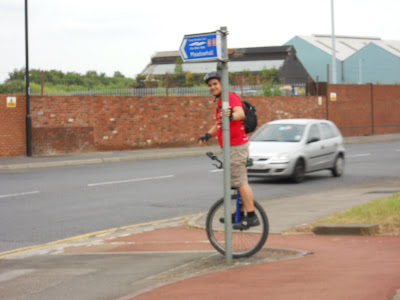 We passed lots of Buddlia trees - covered in butterfly's and bees. 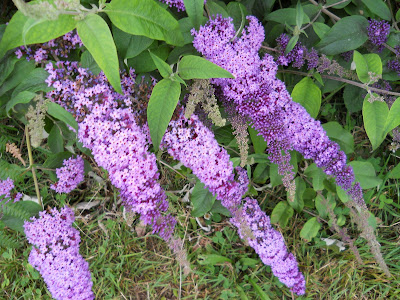 The river in question is Sheffields industrial river Don - the one that caused the flooding back in 2007. It was hard to think that exactly 3 years ago, this area was under so much water. It was all very peaceful and tranquil this evening. 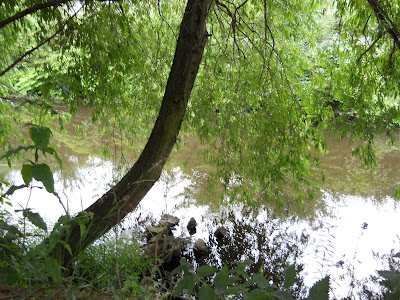 I love a walk by the side of the Don, the industrial history around here goes way back. 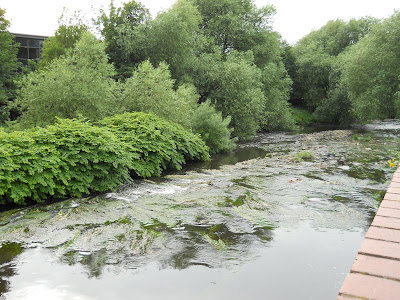 According to the information board, there has been a weir here since the 1300's. There are 5 Weirs in total on the full walk. You can see that there is still some heavy industry around here too. We also saw lots of blokes fishing, and we saw a Kingfisher. 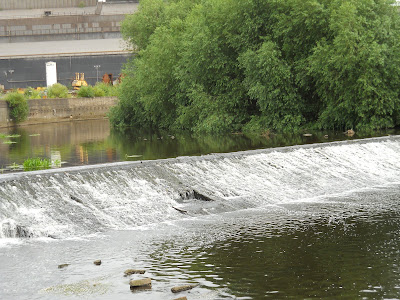 There are plenty of information boards up along the way with so much to read. 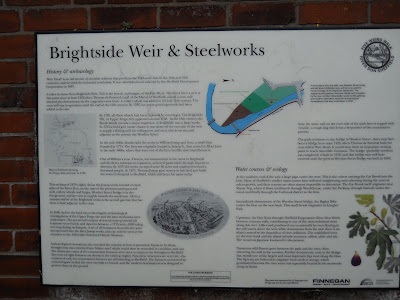 Sheffield Forgemasters is one of the heavy industries still here. The loud "Booms" that emit from this place are really loud. I can't imagine what it was like when the valley had hundreds of these places going day and night. 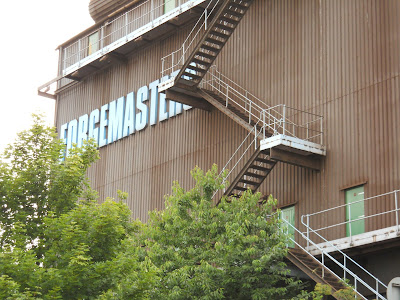 I'd never noticed the old cobbled street before. They have left it to run alongside the really busy road. 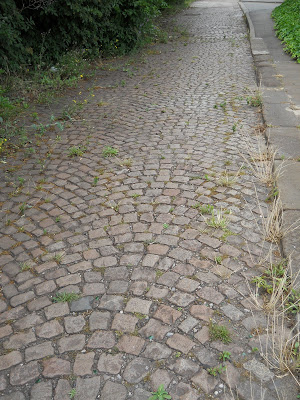 I'd passed this old "works" pub many times and been curious to see what it was like inside - so we ventured in. They have done it up a bit, but many of the old features remain, like the old Yorkshire Range etc. Hubby says that he could remember when he first started working in this are 30 years ago, the pubs would open at 6am for the men coming out of the steelworks to have a drink before they went home. The heat must have been immense when they made steel. 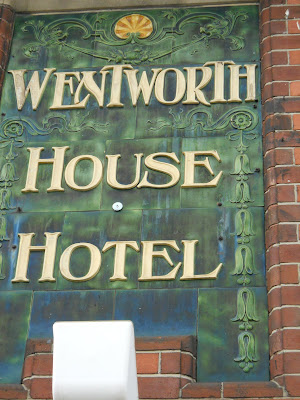 Then we got a phone call - the film had finished earlier than anticipated, so it was a quick sprint back to the car park. It was a lovely way to spend a couple of hours on a weekday evening.
Posted by Diane at Sunday, July 11, 2010

sounds wonderful diane.....have the sheffield tourist board been in contact yet? they should, i cant wait to visit.

You make this sound so interesting. It would never have occurred to me to walk along the River Don from Meadowhall (I'm assuming that's where you were)but now I might give it a whirl one of these days - is it obvious where the path is?

What an interesting thing to do, I like a bit of industrial landscape and you showed off the area very well.

What a nice travel brochure you've written! ;) Thanks, also, for your comment on my blog...and you were so kind NOT to point out what I goof I was in posting the same picture twice. lol I've since fixed that little faux pas! And I have seen Calendar Girls...and NOW I get the whole thing! Thanks!

Lovely photos and as you say, far cheaper than shopping!

I enjoy my virtual walks with you Diane !
Love the candles in previous post

Looks fascinating! I love industrial archaeology - its so interesting, and to think of all those hundreds of men who worked there not all that long ago! I don't suppose the river was as peaceful then - or as wholesome!

The pub sign and the cobbles are wonderful. The noise from all the industries along the river must has been tremendous. Glad to see that there are still some working factories - looks an interesting walk:)

Hi Diane,
this takes me back, my Dad worked in a foundry many, many years ago, he said it was unbearably hot & the bits of hot metal used to spit out of the furnace & aim at their eyes...methinks no glasses protection in those days!! ! I'm going to show him your post, he's 88 now bless x

If anyone can make the most of a hour's free time for a walk it's you! I think I'll try and master 2 wheels before I try the unicycle!
Lisa x