The Park at Cusworth Hall

Before I forget, I'll show you our walk around the park at Cusworth Hall. Now I was trying to load these photos whilst multi tasking, and they got all out of sync, but here goes.

Because we had the harsh weather at the beginning of our Winter this year, the blossom trees have looked magnificent this Spring. I don't think I have ever seen such magnificent blooms. 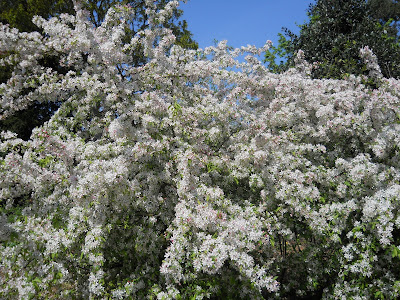 I know that you hay fever sufferers hate this stuff. Fortunately I am not a sufferer, so I can appreciate how wonderful these fields of gold look. The young man and I had a discussion about the smell of them He thinks the smell is nice - kind of sweet. I don't think they smell nice or nasty - they just "smell". I think its a "heavy" kind of perfume. How would you describe it? 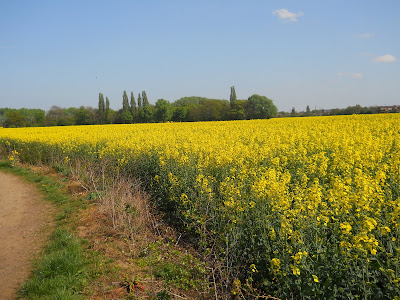 I was thrilled to discover a meadow full of "Milk maids". 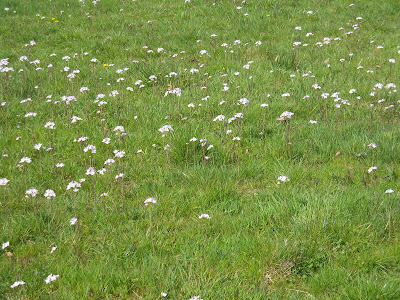 These remind me of when I was young - I always used to like a pick a bunch of these when I was little. They are such a pretty little flower. 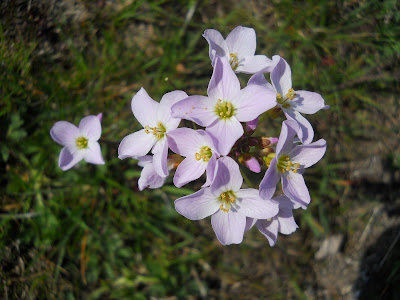 The gardens are full of colourful flowering shrubs. 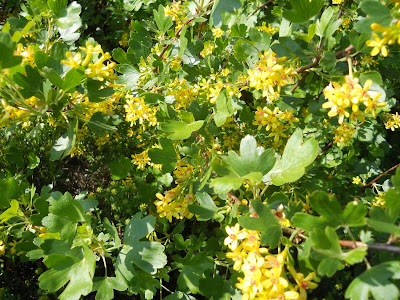 And of course a blue sky sets them off perfectly. 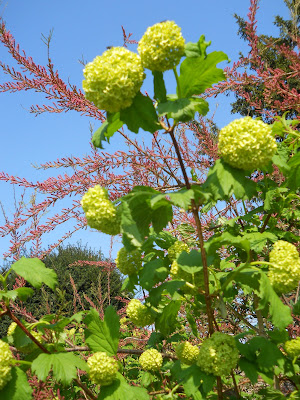 Plenty of blue around in the huge swaithes of Forget-me-not's too. 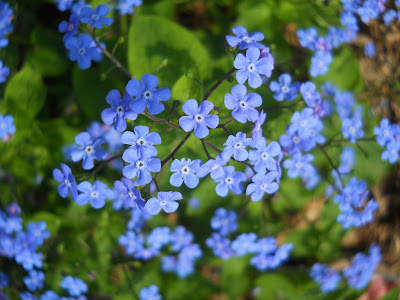 When we visited Cusworth last year, the lakes were teaming with frogs and frogspawn. We are a little later this year - I couldn't spot any tadpoles. 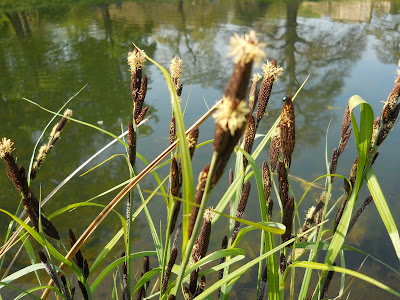 Hubby's grandparents came down from the North East to work at Cusworth Hall. He doesn't know why and there is no one left to ask. I know that there was a bit of a "skeleton in the closet" kind of a story - a "deflowering" of a maid by some lord of the manor. I know a few bits of the story but my dearly departed Mother in Law was the only one who knew the truth, and she kept it very much under wraps - even with those closest to her. 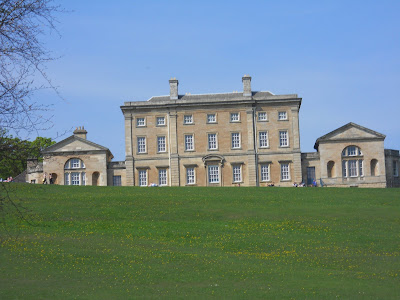 The local council maintains the hall as a museum and tea rooms. It also does plant sales too. I featured the new vintage shop in an earlier post. I think the addition of a few extra shops is a great idea. 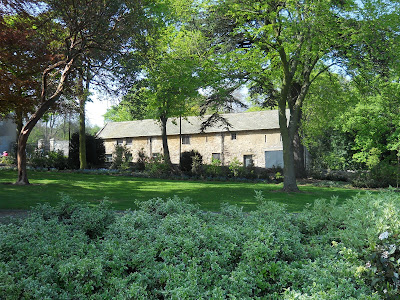 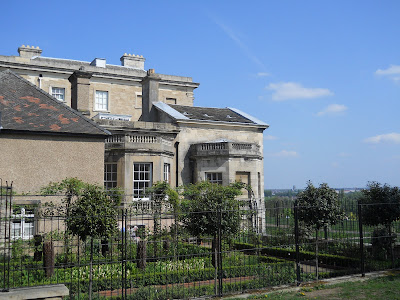 The pretty old village of Cusworth is worth a walk round too. 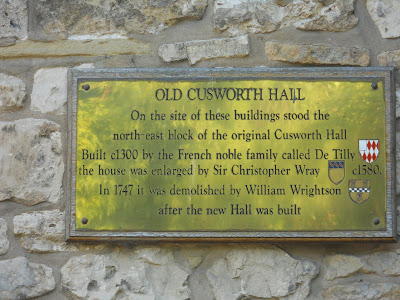 Those forget me nots are so blue.
I wonder what the family secret was exactly? What a mystery.
Lisa x

This is the next place on my list Diane. It looks lovely. K's great aunty and uncle lived in the gate house at Connisborough castle in years gone by and his nan used to go and stay there in her school holidays. Thinks its a tea room now - another local place to go. Hope to see you soon. We have skellingtons (i did that on purpose) in our family cupboard too. He's called Fred. lol.

The flowers look beautiful. I wonder what the mystery was, now I am intrigued!! Diane

Oooh, a scandal. What a shame the secret was never told. I love forget me nots, such a pretty little flower, and all that blossom is just lovely.

Thank you for the lovely walk!!! Just beautiful....someday I must visit this part of England .....have a happy happy Easter!

now I could actually live there not too grand....BUT grand enough
x

I absolutely love the beautiful pictures of all the wild flowers, especially with the bright blue sky. Wishing y'all a HAPPY EASTER! XX

Cusworth Hall is a great place to visit, glad they are adding to the shops. Lovely photos.
What a pity the story died with your mother-in-law, what might have been a scandal (and sounds like a sad one) when it happened would probably be just "intriguing" today.
Carol xx

I haven't seen Milk Maids for years, I used to pick them as a child too.
I grew up a couple of miles away from Cusworth Hall.