A Kerfuffle on the Champs Elysee

On Thursday morning, we decided to start our day by climbing to the top of the Arc de Triumphe - a lot of steps! Before I visited Paris, I never realised that the Arc de Triumphe was as HUGE as it is. Its enormous and the top bit is actually a huge room with a museum in it. 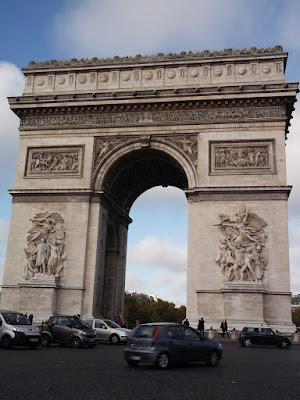 We had heard a fair few sirens whilst we were climbing the stairs, and once at the top noticed that a building appeared to be on fire on the Champs Elysee. I discovered that it was the wonderful emporium of Macaroons that is Lauderee. I think it looked worse than it actually was, but it got really smokey for a while, and we could have watched the chaotic traffic for hours as they closed, then opened, then closed again various roads around! 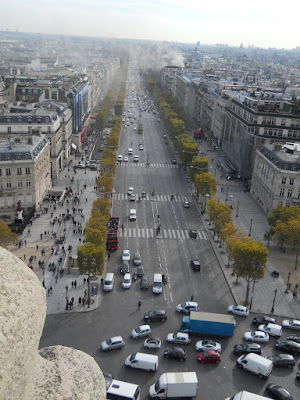 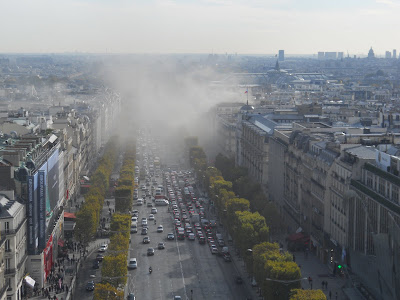 The young man commented that he liked the way that the Boulevards were tree lined, and I think they look their best at this time of year. 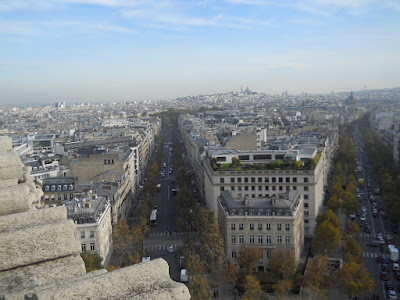 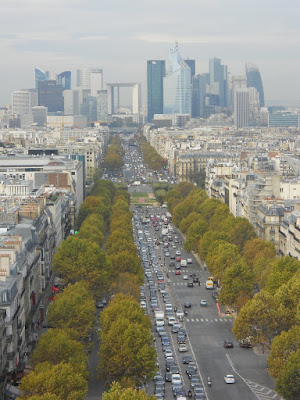 The stone work on the Arch is unbelievble. 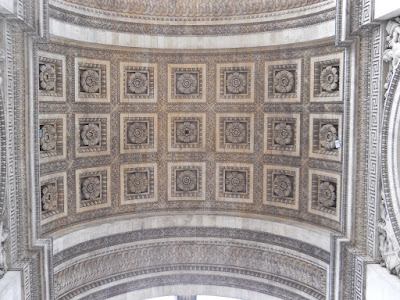 Although built in Napoleonic times, there are many additions from more recent wars. 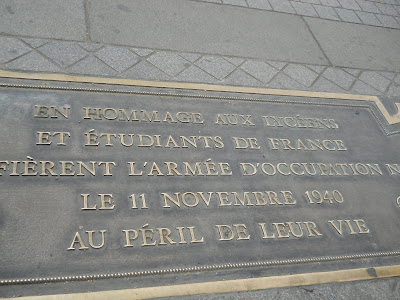 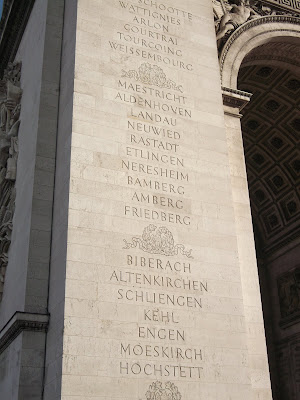 The carved statues on the side and inside the monument are massive and the detail on them is superb. 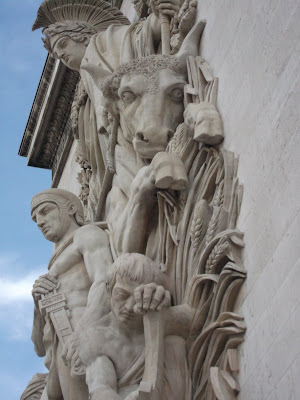 Like most things in Paris "spectacular" is not enough of a word. 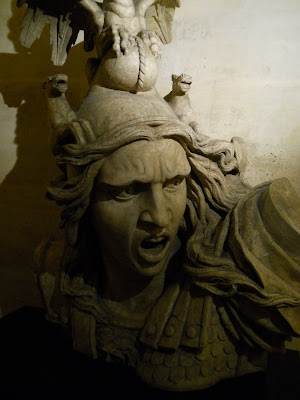 It always makes me very sad when I see the everlasting flame of the unknown soldier. I believe that they hold a short service here every evening at around 6.30pm. 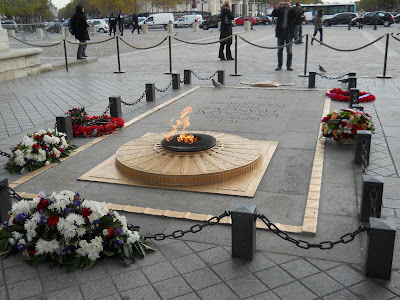 The Arc de Triomphe is the one thing I remember seeing on my visit to Paris, we all walked down the Champs Elysee in the evening after we'd had dinner. I like the way that the Tomb of the Unknown Soldier is out in the open where people can see it on a daily basis.

I am so looking forward to visiting Paris next year and your photos are certainly whetting my appetite. Thanks for sharing.
Anne xx

Thanks for the view from the top. I've been at the bottom but never to the top. The treelined streets do look great. Much excitement on your visit.

That's a great view you had from the top. There's so many tall buildings in Paris which you can climb to take in the views.

Those statues are amazing. I went up there years ago, one of the best things in Paris is to go to the top of the monuments to see the views.

What wonderful views! I remember being under there and seeing the tomb of the unknown soldier but we didn't go up to the top. The traffic that drives around there moves so fast and seemingly without any direction - quite frightening without a 'kerfuffle' to disrupt it! What a lovely website Lauderee has - I hope that not too many macaroons melted in the heat of the fire;)

Great post - love the photos. Didn't realise you could get inside!
Liz @ Shortbread & Ginger

What an interesting post! I'm enjoying seeing bits of Paris in your posts as I've never seen it for real.

I'm enjoying catching up with all your Paris posts. As ever you packed a lot into your trip.
Lisa x

Takes me back to our family holidays when I was a child!! x