Long time readers will know just how long I have been hankering after this day.
We live less than a mile away from Wentworth Woodhouse, a fascinating and extremely large, still privately owned country house.  A unique and very very special place.  It has been home to 2 UK Prime minister's, has seen Anna Pavlova provide after dinner entertainment for visiting Kings & Queens, and has many many secrets still to reveal.

It was rumoured that the current owner - one Mr Clifford Newbould(an ex Architect) - was a recluse, but it turns out that this was a false rumour.  He actually has very ambitious plans for the place.  I believe that the Fitzwilliam family still have some kind of control over the house, but they must have given their blessing to Mr Newbould as he is keen to save the house from decline. 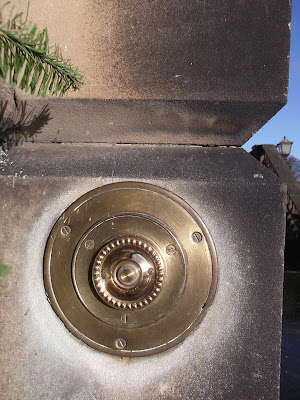 And so, he has opened up the house for guided tours.  And today, hubby and I took our turn on the 11am tour.  I was a bit overwhelmed.  Sadly, we were not allowed to take photographs inside the house. 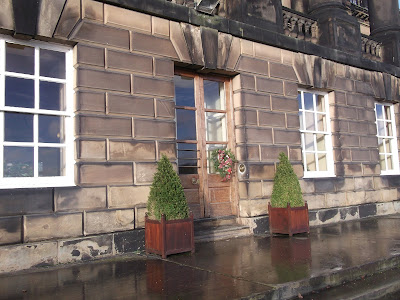 I was amazed though how warm the house felt - they have newly installed heating! And I was amazed at just how good a condition it was in.  Its true, they have a huge amount of work to undertake, but it really has been quite well preserved. 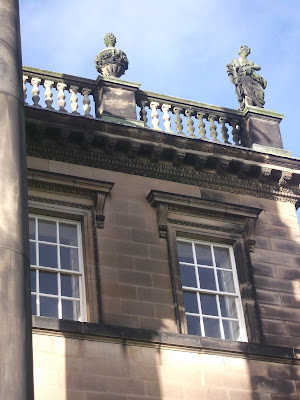 From the mid 1950's it was hired out to West Riding Education Authority as "Lady Mabel PE College".  Our tour guide explained that whilst some damage had been done original wall paintings etc by the students and staff, the fact that they wanted to rent it stopped it being ripped to pieces and sold off. meaning all the fireplaces, door frames, ceilings etc are original. 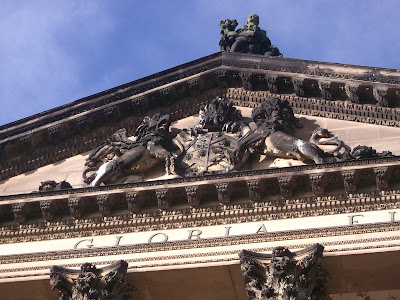 We only saw a few of the rooms . It is reputed to have 365 rooms in total - 25 of which are of historical, architectural importance (Buckingham Palace has only 10 rooms of importance!).  The plans are to keep some rooms as a museum, turn one wing into a hotel, and the servants wing into a function room.  As it has its own chapel, they hope to host weddings too. 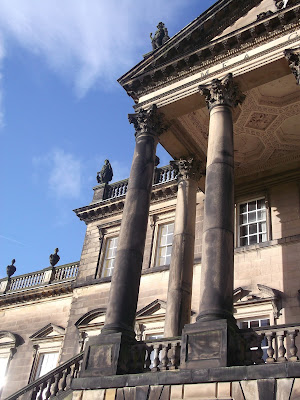 They have lots of events planned for the coming year including hosting the "Antiques Roadshow" and a Game Fair. 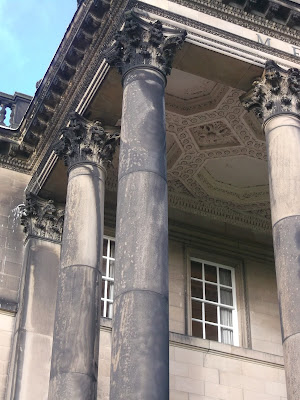 It was a real privilege to take a peep inside this glorious place and I can't wait to see what they do with it.
Something else ticked off the Bucket List!
Posted by Diane at Saturday, December 15, 2012

It's always a great feeling to tick one off your list, especially when it's a local tick like this. I must think about coming to explore that area next year.

Sounds like you had an interesting tour It must have been amazing to see inside some of the rooms, perhaps if they do it again next year you will be able to see more:)

Glad you had a great day, sounds like fun.

Ambitious plans indeed, I hope that they come to fruition.

I should have been as excited as you were to go there, lucky you.

You must be thrilled to have been inside! I have walked by so many times wanting to have a look inside, it is the most beautiful building! x

I'm so pleased that you managed to get a foot in the door at last, I know how much you've wanted to see inside. Perhaps you should think about renewing your wedding vows once they start doing weddings, how special would that be?

What a wonderful property and how great that it's being renovated. Unfortunately,we have a reputation for demolition here.

It sounds like it lived up to it's high expectation! I'm so glad you enjoyed your tour of the house and it looks as though there are some very exciting times ahead.
Lisa x

just read your comment.....it's traditional in our home to decorate the tree while watching White Christmas....the son bought me the DVD complete with CD and script some years ago.....however traditionally these days we can never find a window of oppotunity to be in the same place, have a huge fight and I do it .....very festive......today the son actually suggested we do it with the movie and the mince pies.....ho ho ho!!!x

What is all that anonymous stuff about???? Get it deleted, Diane!

Was fascinated by your trip round Wentworth Woodhouse. It sounds so interesting. I will look forward to Antiques Roadshow there, as they usually show something of the inside, with Fiona Bruce looking beautiful and beautifully knowledgeable about things!

And the "Lady Mabel" rang a bell inside my head - when I was at Leeds Uni in the late 50's there were naughty things said about the Lady Mabels!!!!

Oh it's a great thing to fulfil an long held wish isn't it? Thank you for popping over to my blog. I'm just getting back into the swing of things:-)
Wishing you and yours a Happy Christmas
Josie x