And so over the bridge we went.  Tower Bridge is the most fantastic structure.  Hubby was interested to read that the average speed of vehicles over the bridge these days is 10 miles an hour - roughly the same as it would have been when it was built!  Progress hey! 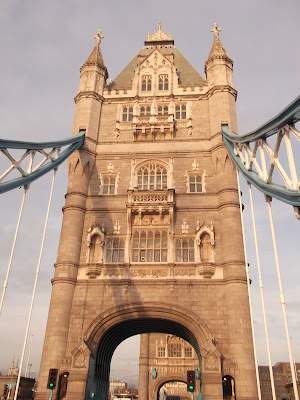 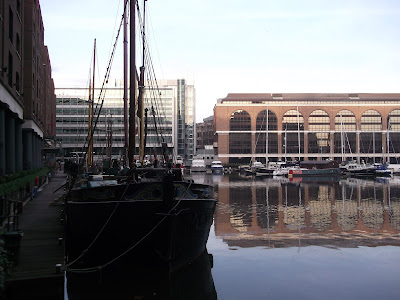 And had a quick peep over the wall of the Tower of London. 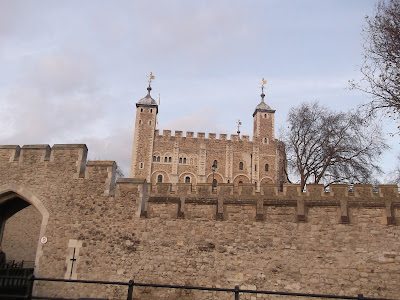 From this side of the river, you get a good view of the all the new glass buildings being built (including Boris's City Hall on the left.) 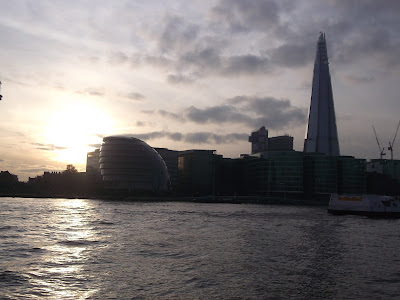 I had commented that I had forgotten just how many stunning buildings our capital has, when we discovered the City of London Port Authority building - now disused. 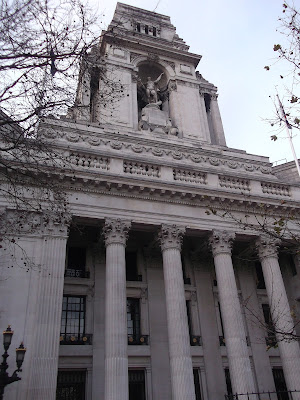 We read that there are plans to turn it into apartments and perhaps a hotel. 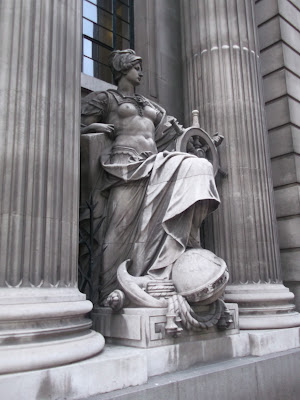 And we read that this too had been used in the recent James Bond Skyfall movie - I'll have to watch for it. 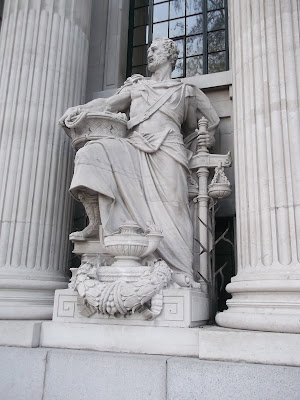 By now, it was growing dark and we were in the heart of the financial part of the city.  I managed to catch 2 London buses to photograph  in front of the Bank of England Building - The Old Lady Of Threadneedle Street. 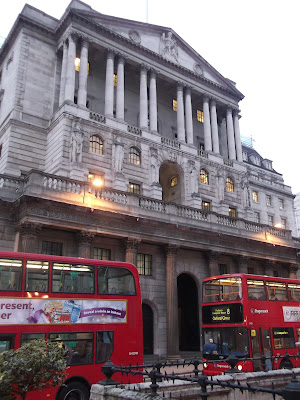 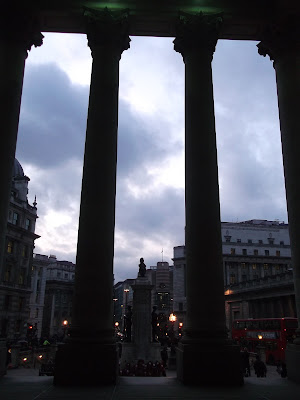 And on - towards St Pauls Cathedral. Very very beautiful. 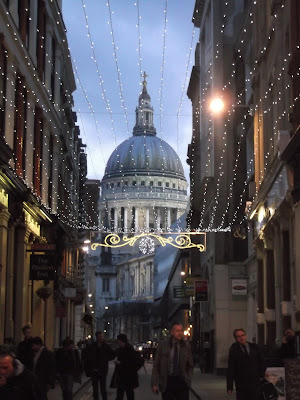 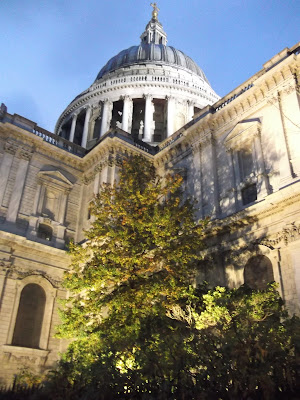 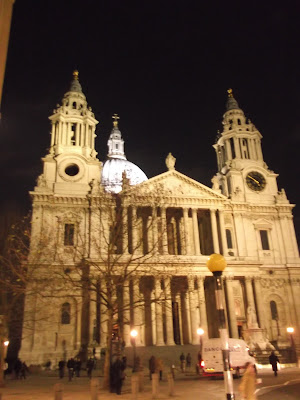 After a quick coffee and cake, we stopped to watch the skaters at Somerset House. 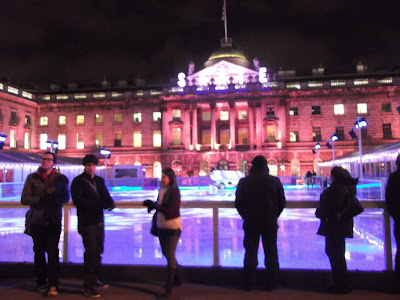 Then bobbed up to Covent Garden for a look around and admire the tree. 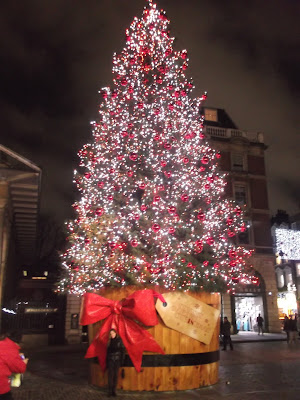 We cut through Leicester Square ... 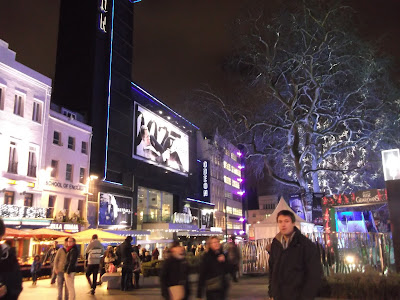 And ended up in the National Gallery (which is free, and open until 9pm on Friday evenings) to have a look at one special painting. 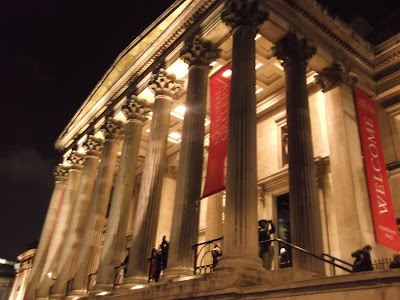 The painting of Racehorse Whistlejacket by George Stubbs was comissioned by the Fitzwilliams at Wentworth Woodhouse, and a copy of it still hangs in the house.  I believe they sold it for death duties (it was sold for over 11 million pounds).  It is a huge painting as it is a life size portrait.  Hubby was delighted to find it hung next but one to "The HayWain" - his favourite painting.  It was a great way to finish our day.
Posted by Diane at Thursday, December 06, 2012

You certainly packed a lot into your day!

I remember you mentioning Whistlejacket when we met you at Wentworth Woodhouse, glad you got to see the original:)

What a lovely blog post, your photographs always take me straight there! You certainly packed a lot in to your visit! Xx

It looks like you had a great time in London.

I used to work there but haven't been back for years. So much has changed. It's been good to see it again through your eyes.

I LOVE your blog! I found you at Selfsewn which is one of my favorites!!