Please forgive my London overload, but I do use my blog as a diary (and  looking back its amazing how much I forget that I've done!!).  On our last day in London, Hubby said he fancied Porobello Road, so we went.  Whilst it was really interesting, it was far too busy and way over priced - but the street food stalls were great! 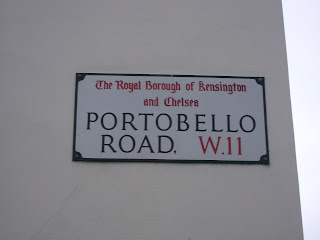 It looked a great area and the history of the place is interesting.  It was also interesting to be in an area that was mainly where Londoners live. 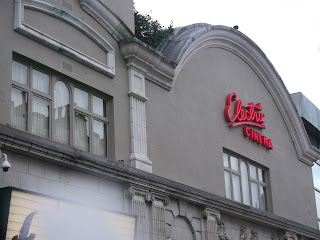 We walked back through Bayswater - passed one of London's oldest department store "Whiteleys" (now a shopping mall).  This place too has an interesting history,  Its owner was murdered by his illegitimate son, and Hitler loved the building so much that he had it earmarked as a potential Hitler HQ for when he invaded Britain. 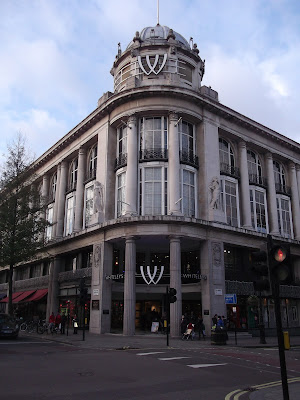 We stopped off for a warm at the newly opened Kensington Palace.   Several Royal families still have apartments here - and Wills and Kate are currently having an apartment decorated for them (41 rooms I was reliably informed!!).  However they have kitted out a small part of the palace for the public to tour.  I don't know what I thought about it - it was done out a bit weird.  Some of it was good, and some of it was plain odd. 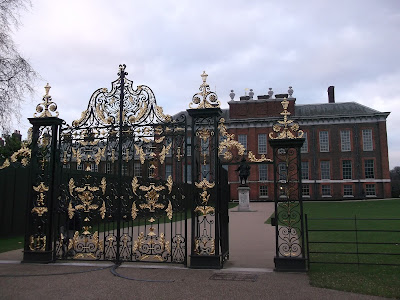 Queen Victoria was born in the Palace and there are a few rooms dedicated to her.  Its a bit sparse on exhibits, but I loved her wedding dress.  She was really teeny tiny. 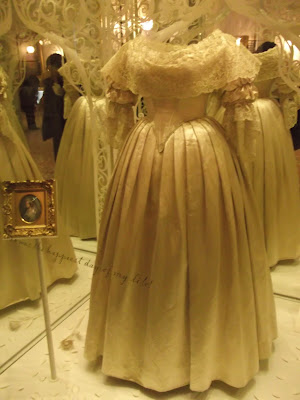 Another famous occupant was Lady Di, and the wallpaper featuring her is interesting! 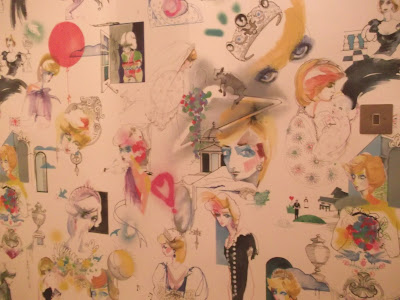 After the Palace, we took a quick look at the Royal Albert Hall 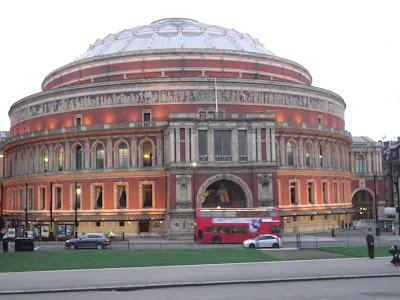 And the amazing Albert Memorial - a stunning statue. 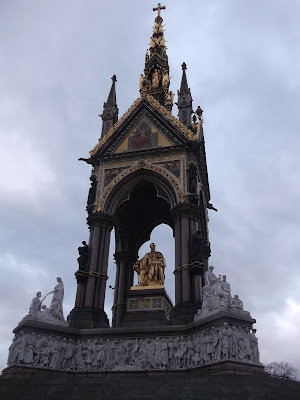 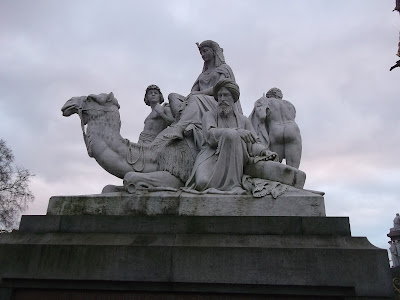 We walked through Hyde Park where they were holding a Winter Wonderland Fair that looked really busy (and those people are really flying very high in the air!) 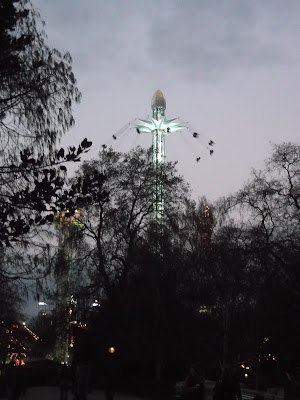 The biggest mistake of the weekend was thinking that Harrods might not be too busy at 5pm on a Saturday evening - WRONG!!!  It was a nightmare. 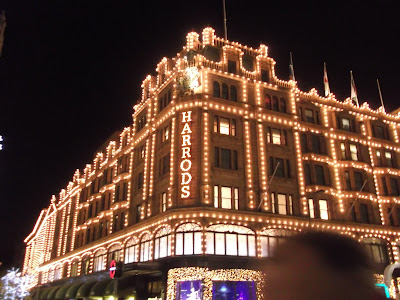 I used to love a visit to Harrods, but now it really is just Bling Central, pandering to the taste of Chelsea and Fulham Footballers with more money than taste or sense!
Still a few bargains to be had though!! 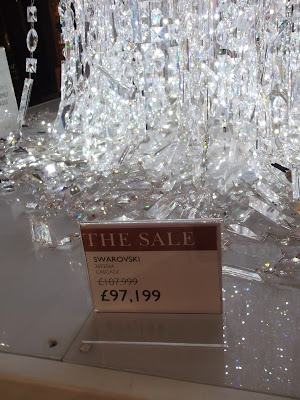 Thank you for your London pictures, it reminded me of my visit two years ago. I stayed at the Youth Hostel and did the seven days for £200. My favourites were the free galleries. Love the Tate Modern and the Saatchi Gallery. Although I hate shopping, I loved looking round the posh shops. London is an amazing place to visit.

Glad to see you enjoyed 'my patch' just as I enjoy yours! Sadly my mother's house in Ashford in the Water will soon be sold and no more visits!

You certainly managed to pack plenty in to your weekend. I could count on one hand the number of times I've visited London, and then have some fingers left, so it was nice to see all the sights included in your posts.

You do get about dont you!!
Love your little snippets of history.
Freaky wallpaper!

The last time I was in London for any length of time was when I and a couple of colleagues were on a course and stayed at a hotel close to the Whiteleys building. I remember going in to look around. Victoria's dress does look small with its nipped in waist:)

I rather prefer Selfridges to Harrods..as i hate bumping into bloody Italians, LOL!
xxxx

T's brother used to live near Whiteley's when he was in London so a few of our meet ups were around that area. Didn't know KP was open to the public now though.
We went to the WW in the park last year, I enjoyed it (and would have even more but for the company) but my mother-in-law said 'it was just like a big market'. Bah flaming humbug to her!
Lisa x

Remind me to visit all these places if and when I get to visit London!!!

I use my blog as a diary also, so fun to see what you got up to in London.

I went up to London to see Princess Di's wedding dress and all the wedding presents. It's interesting to see how her legacy lives on. Jx

Wow you sure did a lot in one day. Lovely shots of old London Town. Now my brother has gone and my daughter has returned home, I am unlikely to visit again so it is nice to see it through your eyes.
I too use my blog as a diary.