And so it was on to Piccadilly, where the windows were dressed fabulously with a Dick Whittington theme. 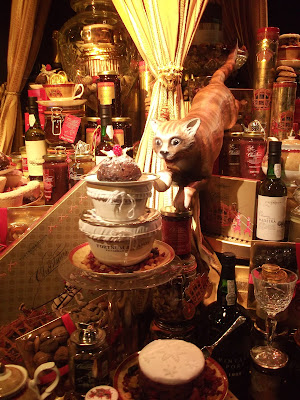 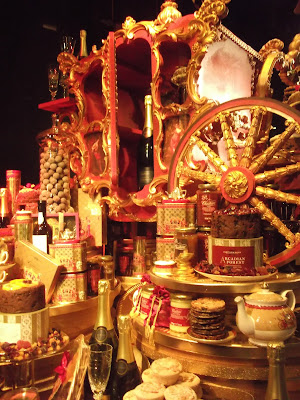 And so was the store itself.  I reminded hubby that this was where Her Majesty did her food shopping - he looked for "whoopsed" items, but didn't find any! 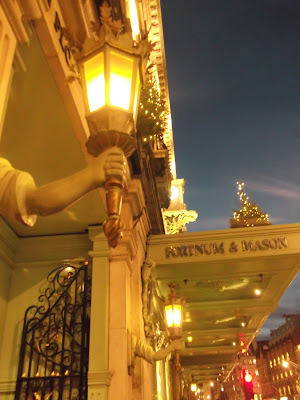 After we had hob nobbed with the toffs, we rubbed shoulders with the brash on Piccadilly Circus 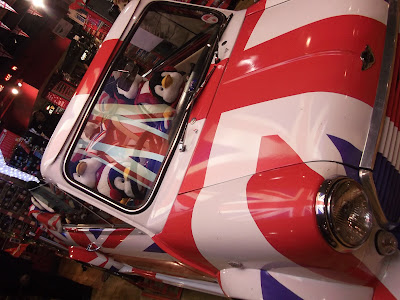 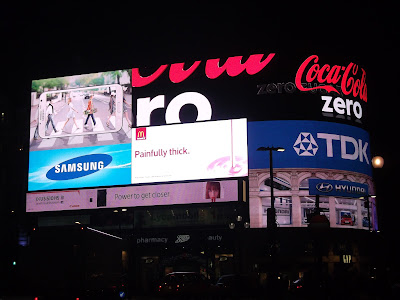 There are many really beautiful arcades around here.  London was dressed superbly for the festive season. 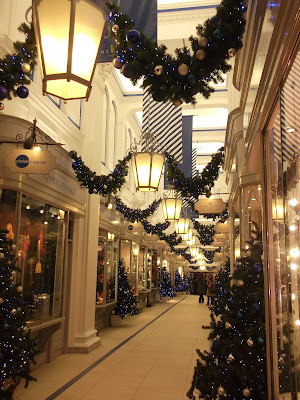 Then we wandered up Old Bond Street - where the windows were equally spectacular. 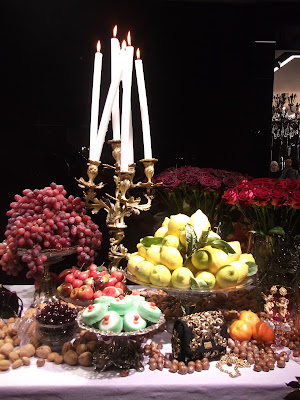 A quick shuffty around Liberty - just looking, not spending! 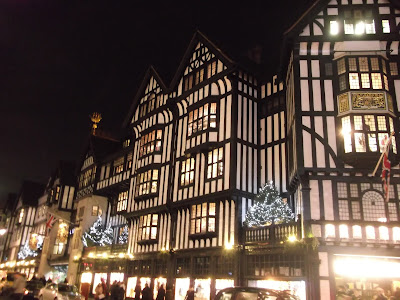 And then on to Carnaby Street - where I think the decs were at their best. 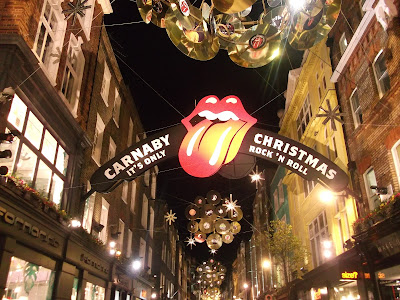 We found somewhere lovely to eat which was really buzzing (and our waiter looked exactly like Johnny Depp!) 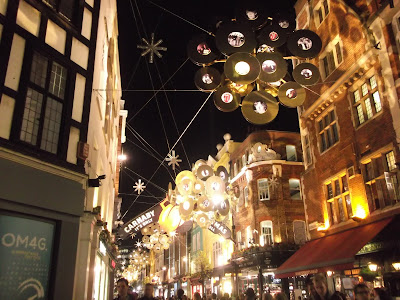 And after drooling at the luscious cakes in Choccawaddydoodah, it was back to our hotel for a soak in the bath and collapse on the bed!! 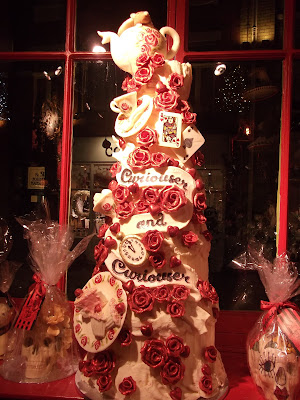 We packed a lot into our first day - I really have only posted half of what we did and saw!
Posted by Diane at Tuesday, December 04, 2012

Marvelous post! I have enjoyed this one and the previous one. In fact it's been lovely looking at the ones you've posted since my last visit. Looks like you had a great time in London. Thanks for all the wonderful photos.

Where on earth do you get the energy? I haven't been to that area since 1967!

Ooooh you are making me green with envy! I'd pop into Hatchards and Penhaligon's and have tea at Fortnum's! :-)

It wouldn't be you if you didn't stuff the day to the gills with lots of fab places to visit and things to see!
Love all the dec, well done not not spending in Liberty.
And JD as an extra highlight, who could ask for more!
Lisa x

Wow all the window displays look so amazing and inviting! Sounds like you had a fantastic time!

So many wonderful thing and what fantastic window all done up for Christmas.

Wow, London really does things up for the holidays. Love the Rolling Stones mouth above the Carnaby Street gate. They're on tour right now, totally cool. Love those guys and always will! I just love all the beautiful decorations in and around London that you showed. It's absolutely amazing!

Everything looks so festive. Love Liberty and Fortnum and Mason - just to look. It's such a long time since I walked around the Regent Street and Piccadilly Circus area:)