Staying close to home again, on Monday we decided to partake of a city walk, in contrast to our Wentworth Countryside Walk.  Sheffield council may have many faults (and they do have many!) but one of their better decisions is to plant urban spaces with wild flowers.  These inner city meadows are gorgeous.  I love them. 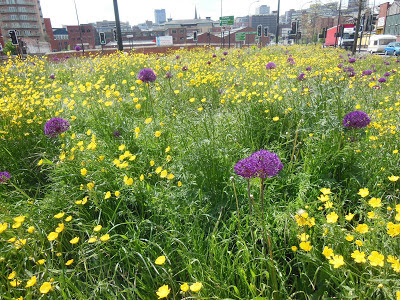 We parked at Kelham Island and walked down the Upper Don Walk. 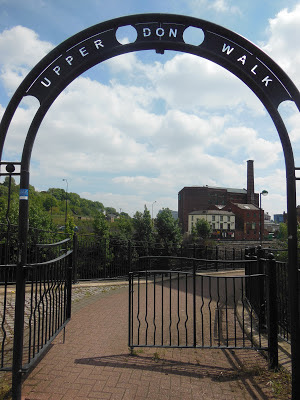 We caught these two gossiping. 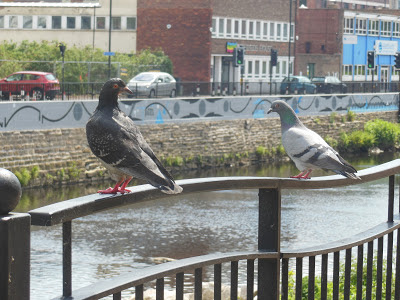 Across the river stands an old mill - I believe this used to be a Corn Mill but is now office spaces. 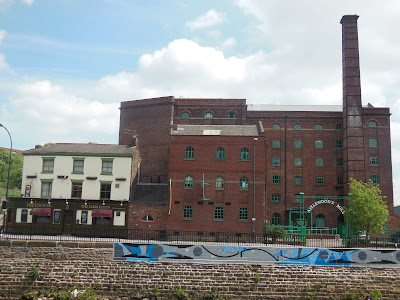 If you look closer at the old works pub on the corner, you can see that the windows are a bit lopsided.  The pub was badly damaged (and badly repaired!) after the big flood in 1864 which was caused by a Dam further up river breaching its wall. 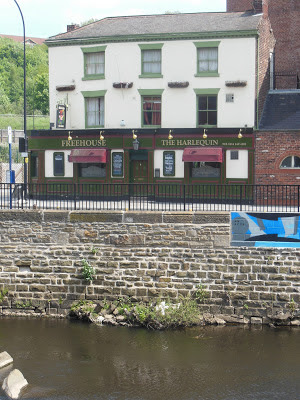 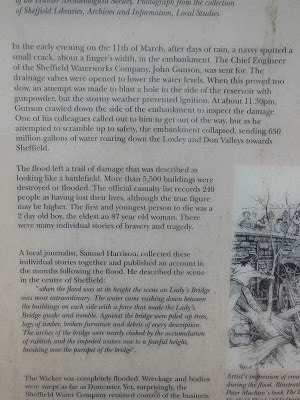 Over 230 people died in the flood, and the flood monument stands by the side of the river in an area known as Millsands. 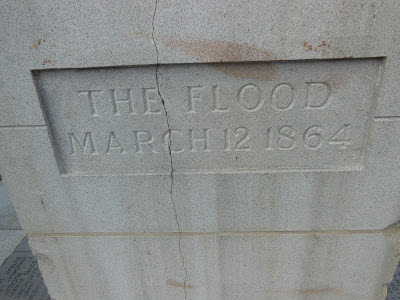 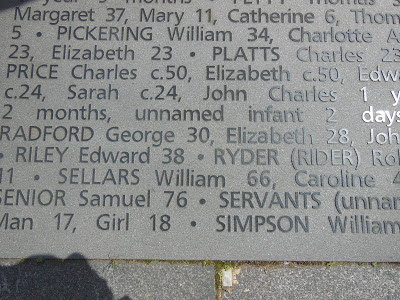 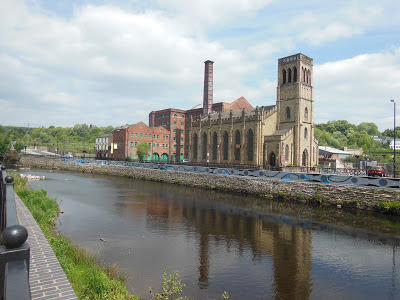 At one time, this area of Sheffield would have had the Castle towering above it.  Only the footings are left of the castle, but they are going to be opened up to the public once the market (which is built above it) gets pulled down.  The street that runs by the river is called "Nursery Street" and was the garden nursery for one of the Dukes (of Leicester I believe) that lived in the castle at that time.  Nursery Street runs into Mowbray Street runs off Nursery Street - so I think the Leicester connection is correct.  Lady's Bridge is the oldest bridge across the river Don in the city. 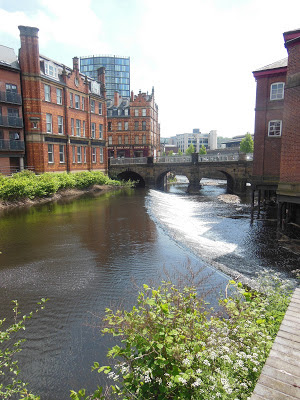 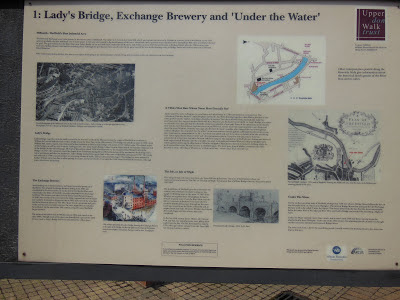 The old Brewery (I think this used to be Whitbreads) sits on the river here.  It is also now converted to offices (as we don't seem to make much in  the UK anymore!!).  I used to hate this part of Sheffield when I was little as I couldn't stand the smell of the hops brewing - I thought that they stunk of school dinner carrots!! 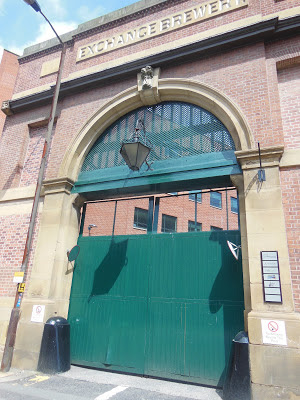 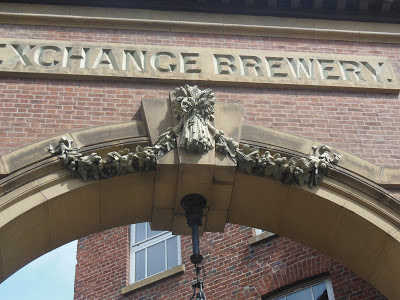 The Lady's bridge was almost destroyed in the big flood, and it was out of action for a year after the floods in 2007 too! I think the problem is that just up river, the Don runs through very rural areas and woods, and big tree's get washed down here. 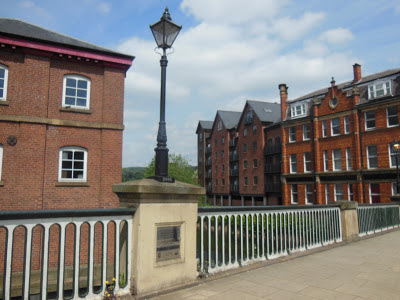 You can see the bones of one of the older bridges below the new one. 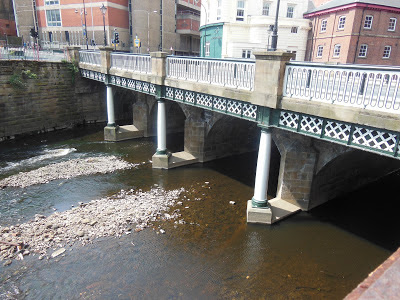 This in the confluence of the Sheaf (on the right) and the Don.  Hubby and the young man are convinced that they saw an Otter earlier in the week near here. 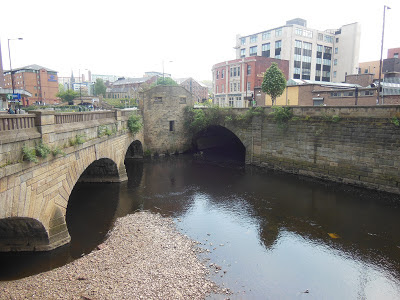 I wonder if those pigeons were chatting over the fence like ada and cissy!
Your City is full of history.
School cabbage smelt worse than the carrots!
Lisa x

Another lovely walk - you could write a guide book! Jane x

I read a lot about the flood........ I couldn't quite believe that the water travelled past our old home in hillsborough all the way towards Rotherham....taking several bodies all the way

What an interesting place to have a walk around.

I love your urban walks, Diane aas you find so much of interest as you walk along. Those pigeons look as if they were having a good old 'chinwag':)

The water looks a lot cleaner than it used to when I walked over that bridge in the 1970's.

I love your urban walks too!

Your blog helps me to learn so much about your area Diane, thank you so much.