On Monday I dashed home from work at 3pm, bunged a curry in the oven to slow cook, while hubby and I took ourselves off for a quick walk to catch the last light of the lovely day.  We headed for the park in Wentworth. 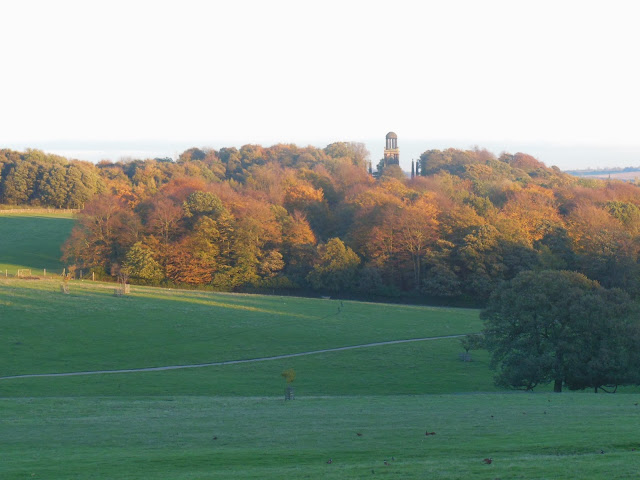 Facebook updates had alerted me to the fact that filming is taking place in the big house, so we thought we would try and catch a glimpse of anybody famous. 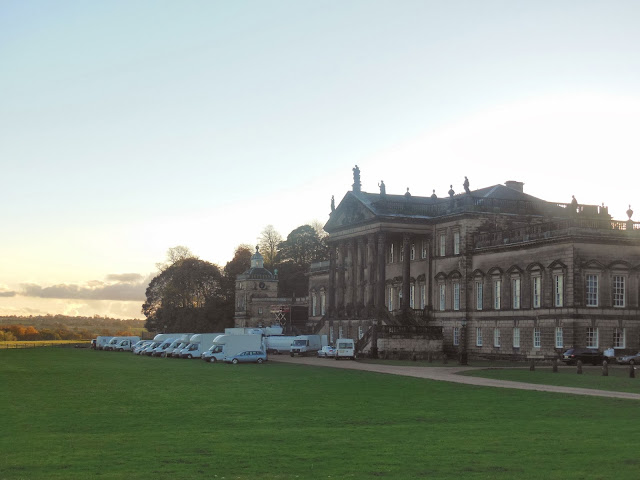 Sources seem to think that they are filming "Jonathan Strange and Mr Norrell" for a BBC adaptation.  We shall have to watch out for it.  We couldn't get close enough to see the actors which is a shame as Eddie Marsan is one of our favourite actors - he has been in some great films so far. 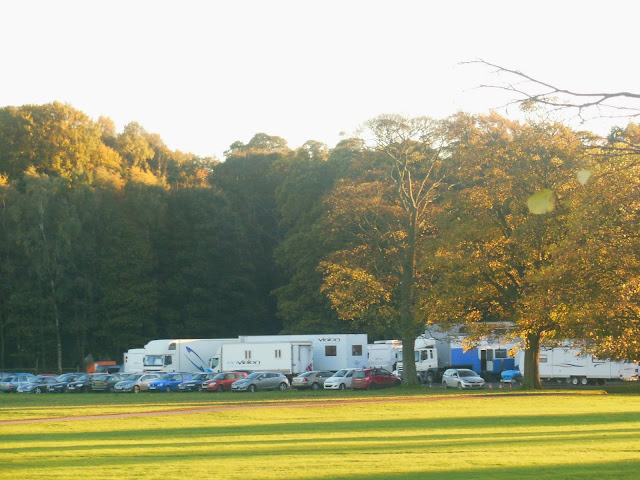 They have filmed at the house before.  The house features strongly in "Wives and Daughters" and several other films.  It's always interesting to see somewhere close to home on the big screen. 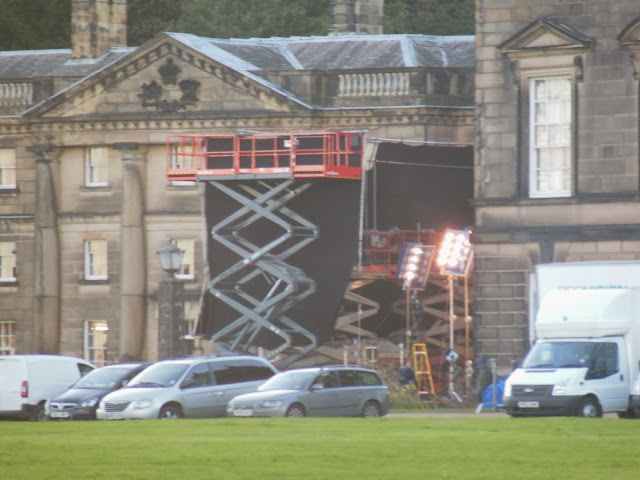 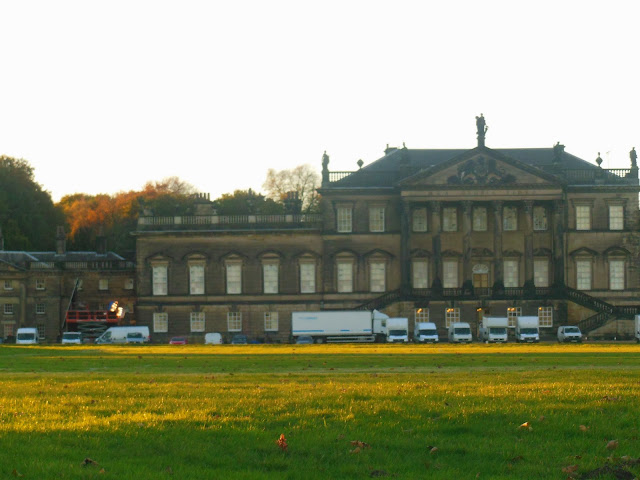 They certainly picked a stunning location to film. 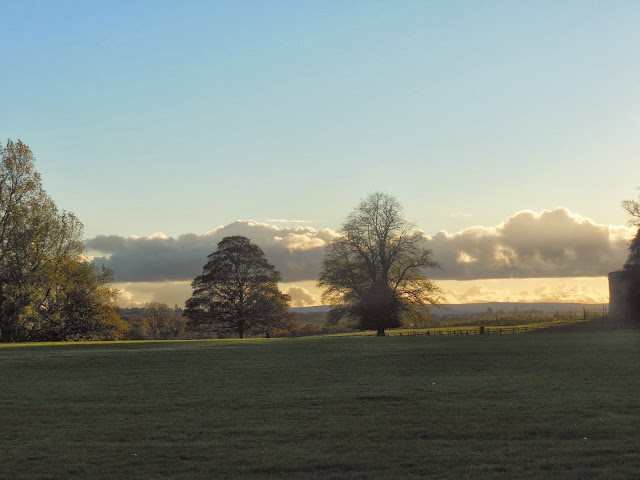 And the curry was cooked to perfection on our return!
Posted by Diane at Saturday, November 09, 2013

Loved him in Little Dorrit.
Hope you have a fab weekend.
Lisa x

What a lovey place for a walk, so very pretty.

Hello meen, I've been following your blog for almost 6 months now without leaving any comment so I decided to quickly say hi today, just so you know you've got a fan somewhere. LOL. Your blog makes sense to me just like http://danieluyi.com, another similarly interesting blog that I'm also a fan of.

When your post popped up into my box I thought that perhaps you'd been to see Paul Hollywood! What a great film location and I see one of my favourite actors Samuel West is in it too - wasn't he director of the Crucible in Sheffield a few years ago?

Diane - Superwoman!!! ;) "Bungs a Curry" in the oven - sounds as though all the ingredients flew into a pot, ready chopped etc. How do you do it, Diane??? I am so envious, too that your husband can agree to something so quickly. Mr.G takes half an hour to understand what I am saying and another hour to decide whether to come, pack up what he thinks he needs and actually get in the car!!!

Wentworth Park certainly looks a gorgeous place. I am always amazed at how many cars, vans and people it takes to film a couple of scenes!! they've got the whole lot outside there, I think! Your photographs are lovely, as usual!

That sounds like one for us - we love Eddie too!