About 15 minutes away from home, lies the very pretty Brodsworth Hall. Its is a place we tend to overlook for a day out, but with only a short window of opportunity, and beautiful blue skies, we decided on a quick impromptu visit. 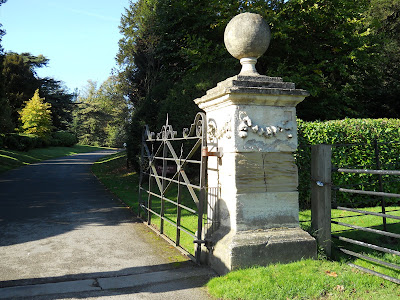 The hall was lived in up until 1988 by an old lady who still had a butler and a cook/housekeeper. I find that fact amazing. The house has been "conserved" as it was when English Heritage took it over. At that time, the lady was only living a a few rooms and the evidence of her there in recent times is so sweet (her record player and records etc). I think this makes it a bit more unusual when looking around too. A room steward told me that there were only four houses in the UK that were conserved as opposed to restored. 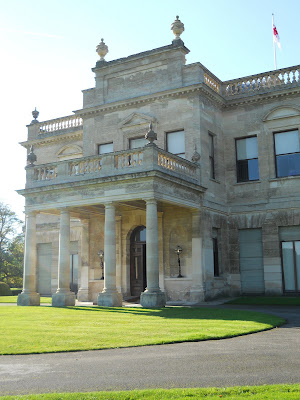 I wasn't allowed to take photos of the inside of the Hall as they had been burgled a few years ago and so they had stopped all photography. 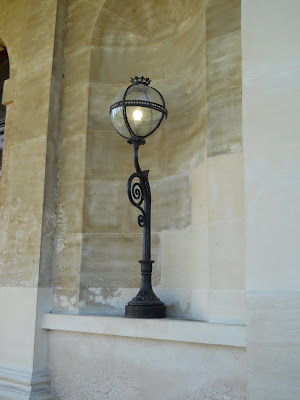 The original house had been Georgian and had been demolished to build a more modern one in Victorian times. The house is quite Italian in style and very pretty - both inside and out. 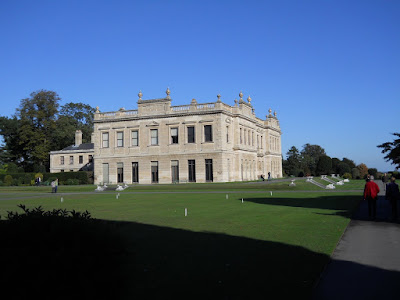 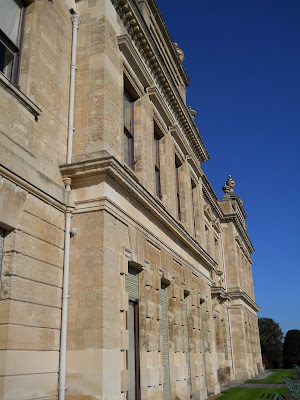 The gardens are delightful to wander around - not many flowers at this time of year, but still spectacular. 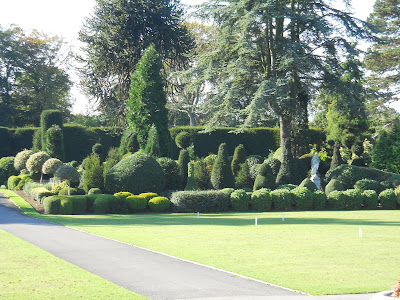 I found it incredible that a family - originally bankers from Switzerland, residing in Doncaster, had sailing for their main hobby!!! 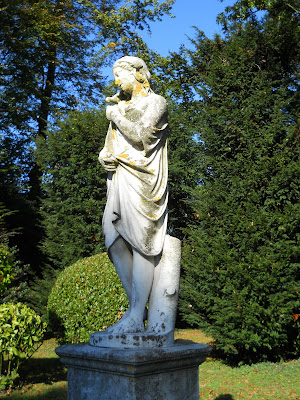 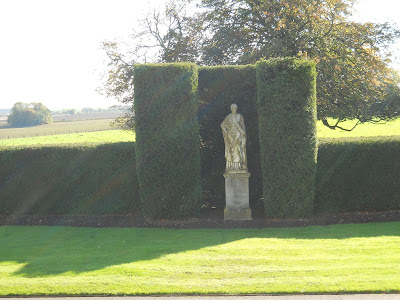 The target House in the garden has lots of information about the old hall and workers. The hall itself is full of amazing photographs of the Thellusson family. 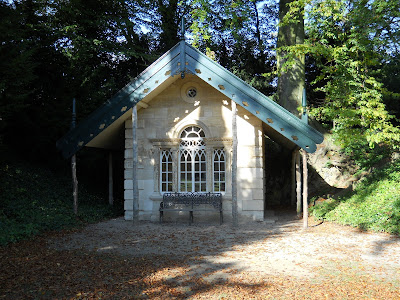 South Yorkshire is full of stunning places like this if you know where to look. 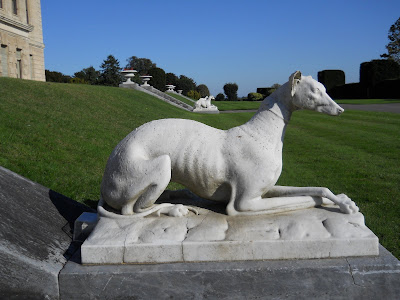 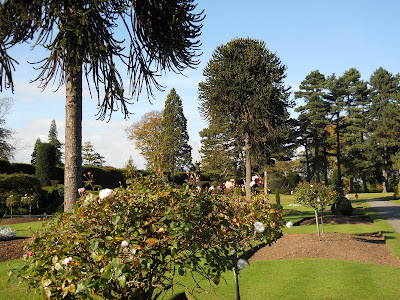 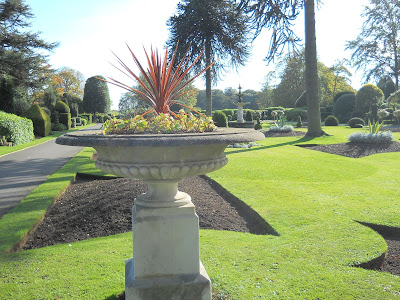 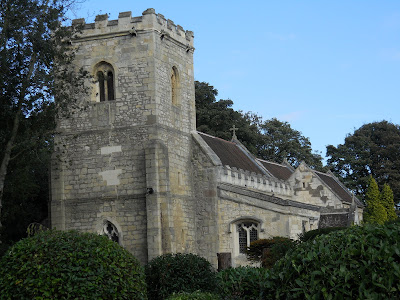 Oh Diane - I think you've just found my new abode. How beautiful is that entrance??? And, I love that little house in the garden. I'm surprised I've not heard of this place before. When I move back to Yorkshire, I'll definitely pay this place a visit.

Hope everyone in the family is starting to get over last weeks upset.

Oh just so beautiful. What a lovely place with a hint of French gardens(and yes, the Swiss do sail!)

One old lady, a butler and housekeeper lived in that huge house - all by themselves??! They must have rattled around in there like 3 peas in a tin can!!

But its a beautiful place, and I love that topiary. And the gardens. Wonder if tht old lady used to wander there as a young woman? There must be a story there somewhere........

One day I'm going to sit down and make a list of all the places that you've talked about on here and start visiting them! You manage to discover it all!

Really beautiful house, that would do me just nicely. Imagine the size of the craft room you could have.

What a lovely place to visit.

Now Diane..... seeing as you have so much luck in give always please will you pick my lottery numbers this week..........

Gorgeous photos Diane, never been but its on my To Visit list now!!

It looks lovely, I wish I lived nearer.

Thank you for showing us.

We visited about three years ago now when we were still members of English Heritage - we'd been to Renishaw Hall first so it was an exhausting day - I thought it was all wonderful. I remember the gardens especially that summer house and the ornate dogs on the steps. Thanks for bringing back memories of our visit:)

We must have been quite near to this last weekend, we stayed at Monk Fryston on Saturday night. Didn't have time for sightseeing, but very much enjoyed driving up there and back again on Sunday.

What a beautiful house and impressive gardens. You know all the best places! x

Loved the tour, I think I must have some english blood, I love the history, mystery and romance of castles.
Donna

I live just down the lane from Brodsworth Hall and I have particularly enjoyed seeing the restoration of the gardens since English Heritage took it over. I like that they haven't "done up" the hall. It is a real treasure.

One day I have to take you to a Palladian villa in my surroundings!
xxxxx

So glad you get out and about so much and then we get to see these fabulous places. I would love a nosey around that walled garden!

one day I will return to Yorkshire to live & I will visit all those wonderfull places you have visited, loved the gardens.