So I didn't win the lottery but I feel like a winner in life's lottery - so much better than money!


Its half term week, and usually the plan in to bob off somewhere on holiday. Had it not been for the unexpected £3000 we had to fork out for a new boiler at the start of the year, we would have been in France now, trying to find petrol!! Everything happens for a reason! So on the first day of our very trendy "Staycation", we found ourselves on a rainy day in Rotherham. We had free vouchers to visit Magna Science museum, so let me show you around.

The museum in located in the ENORMOUS former Tembleborough Steel Works - known in its later days as "Steel Peech and Tozer". The first time I visited Magna, the vast and extreme darkness of the building really terrified me. 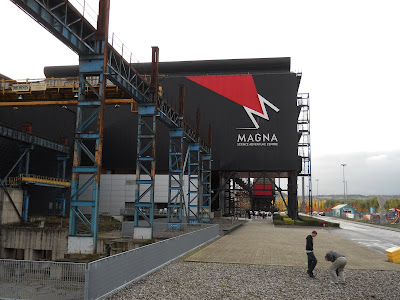 Its really sad to think in my kids lifetime that 20,000 jobs were lost at this one place alone, just after they had broken so many records for steel production. 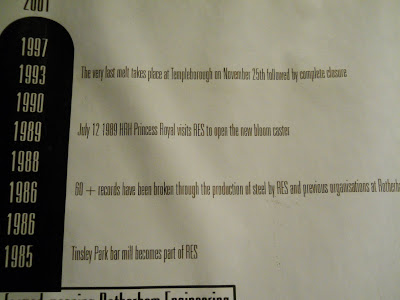 The museum had four huge pods which explore the elements of Earth, Water, Air and Fire. 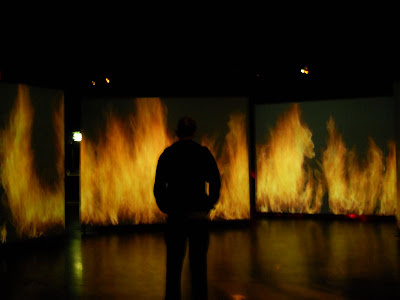 Kids love the hands on exhibits in the pods, but the science bits are secondary to me in this great place. 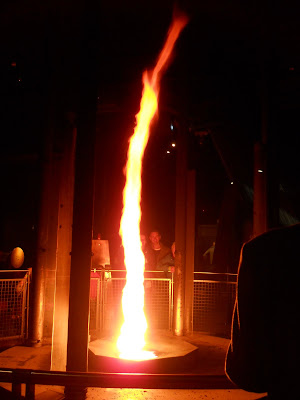 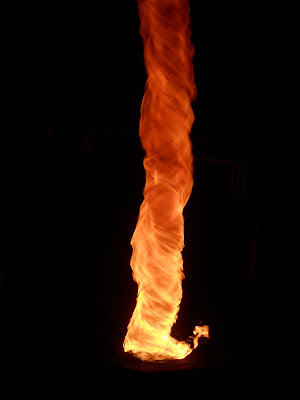 My camera wasn't able to take good photos in the old steel shed because of the darkness, but to give you some indication of size, the blue building is the "water" pod. The whole "shed" is a third of a mile long. 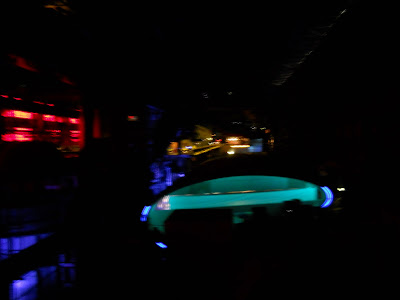 The best bits for me though, are the features that show what life was like in the steel works. You can press buttons and hear stories told by the workers themselves. One woman told the story of how they started to employ women to operate the cranes. She worked 12 hour shifts and took home £9 per week, £11 if she worked nights. She took it home and gave it all to her mum, who gave her 2 shillings for the week.

On the hour, they bring the steel works to life. They can't start up the machinery, but with the help of Pyrotechnics, and a lot of loud bangs, they re create "The Big Melt". 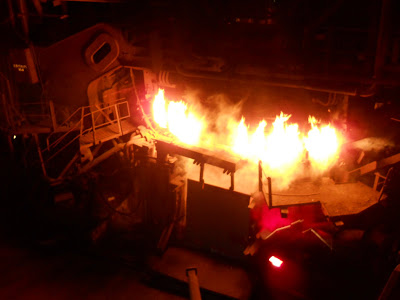 The vast building is really cold, a complete contrast to how hot it would have been when the steel was being produced. 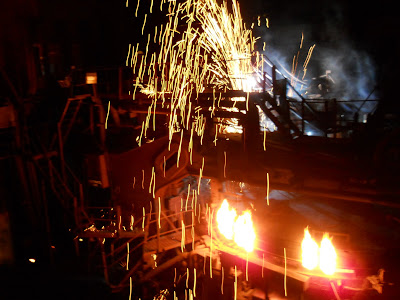 I find it quite emotional and a privilege to be able to stand here and listen to the story of our area made steel that went around the world. 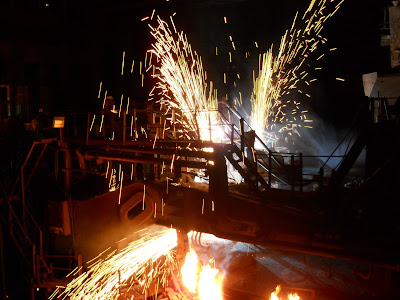 And standing outside is the Bull that used to stand at the side of the M1 on the site of the steelworks that made Sheffield Stainless Steel - again, now closed as we buy cheap imports
from the other side of the world. 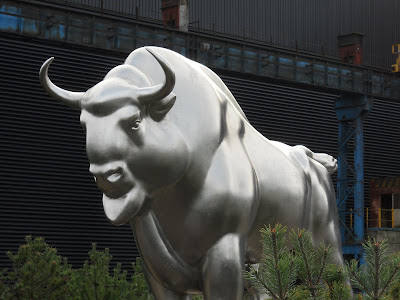 Hello Diane
I'm so glad that the plant is used for educational purposes now and that families can find out about the history of steel production. The whole issue of closing the steel works and all the other crap that happened to British industry in the past gets me so riled ... I'm fuming just thinking about it... There are a great many swear words I could use!
But, I'll get back into my cage (!) and on another note, I'm pleased to hear you're having a Staycation. We had our first last Autumn and have another coming up soon - last year's staycation was one of my favourite holidays ever! So we're really looking forward to the forthcoming holiday at home!
Happy days to you,
Denise x

This is somewhere Ive always wondered about visiting, and I can see from your pics its worth it. What a history we've got and what a shame its virtually non existant now. I love the photographs of the fire, fantastic effect!

(ps - not doing the Candy Cane fair as a bit too busy with things, bit I hear its a grand line up so maybe worth a visit!)

Hope you have a good week. Looks liek we will on a staycation too. Will decide for definate tomorrow.
Sue

it sounds like you had a lovely time anyway, and you might have got stranded in france with the petrol problems! fliss xx

You have so much worth seeing on your doorstep! What a great place to visit.

Funny how the world changes so that if we were to fly ahead in time we might not even recognise it...it kind of makes you sad in some ways...all the struggles, the passion...the hopes and dreams of those of the past...and what remains now...at least some sort of tribute does remain...still...xxx

Looks like an interesting Museum - it's a tragedy that all the industries that were so much a part of our lives have all but disappeard - I'm glad that these kind of places exist to show future generations how hard people worked within them. I'm enjoying your 'staycation' so far - looking forward to seeing what else you do this week:)

what a great place to visit, I think its good that it hasnt been left to go to wrack and ruin and can still have a useful life x

Great place to visit, I think your camera do a very good job. Very interesting. An improvment on fighting for fuel where there is none!! Diane

Years ago, when I was doing a Post grad course I went to visit a steel works in Sheffield. Can't remember who it was now, but I was shown round (to the amazement of both management and works, being a FEMALE!) and I remember the heat, the noise and just the sheer size of these vast great lengths of red hot steel being rolled.

Its no surprise to me that that shed was one third of a mile long!