We managed to get away with only one day or rain this week - so I think we did pretty well! We have had some great blue skies. On Thursday, the young man organised himself a day with his friends playing football and entertaining them with lunch - he makes great toast! So hubby took ourselves off to explore somewhere we hadn't been for 20 years - yet still on our doorstep! 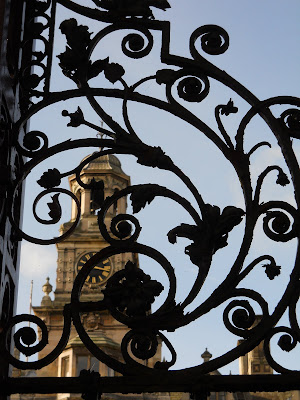 Every time I post about day trips to Clumber Park, Jill over at I should have listened to my mother instructs me to try Thoresby Park - just a couple of miles further. I remember going to Thoresby market when hubby and I first go together (its a huge Sunday market, and was full of tat, so we didn't go back), we had a walk around the park then, but then somehow forgot about it. Well thanks to Jill's prompting, we decided to revisit. 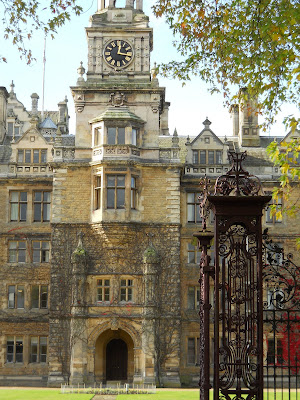 The last time we went, the big house had been empty and sad looking, but apparently it was bought in 2010 by Warner group and is now a hotel. The upside of this is that you can now get in and have a look around. 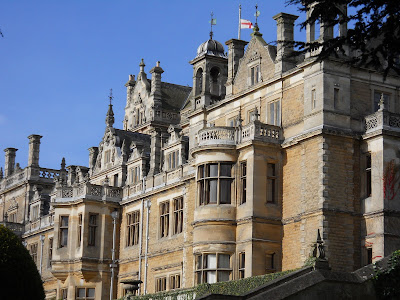 It is a beautiful old house and it stands in really tranquil surroundings and grounds. The family who owned it, originally sold it to the Coal Board as a lot of damage had been done through mining under it. They still own the rest of the estate though. It must be so sad to be the one who lets it go after all the history. 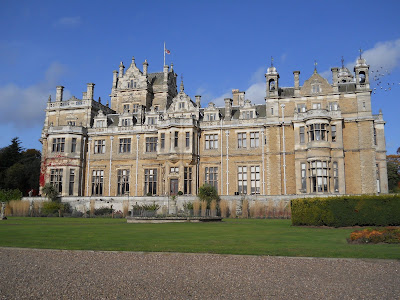 This time last year, we visited Versaille. The topiary is not as spectacular in North Notts! 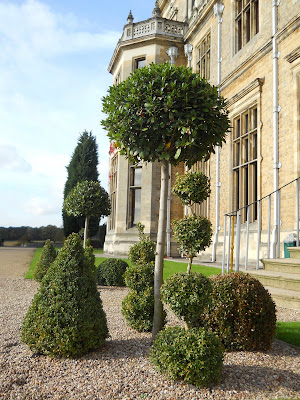 We continued our walk around the estate and happened upon the pretty little church. 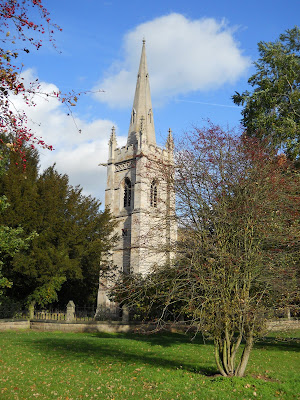 I loved these two either side of the door. 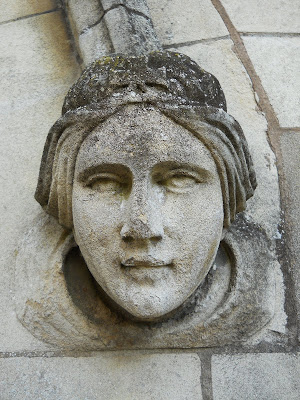 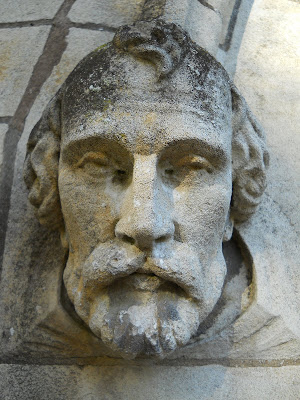 It also has some pretty little estate house too. 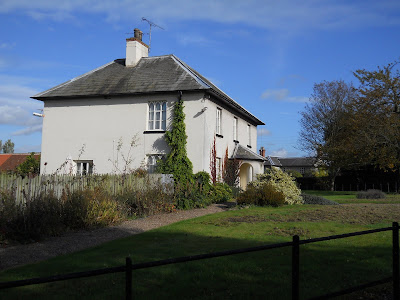 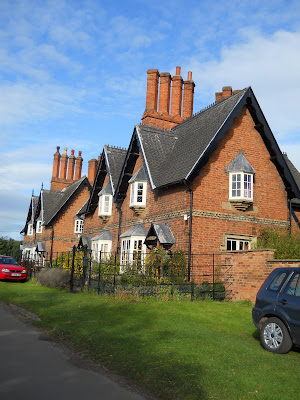 Its a fab place for a day out and a walk. Its free to get in and park. The old stables house a few great little galleries and a nice looking cafe. They are also making a military museum too which will be open in April next year.

This building was fascinating. It has plant sales in it. I asked the owner what it used to be and he said it was summer stables for the Shire Horses as it was cooler for them. 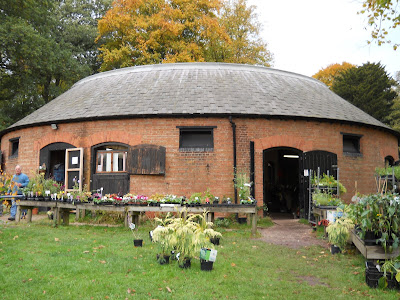 Many many thanks Jill for suggesting Thoresby Park - its somewhere we will visit again. Its great for walking too as it is very flat!!! I love blogland for the inspiration.

We have really enjoyed our Staycation this week. We tried to act as if we were on holiday and get out as much as we could. I have been amazed at how little we have spent. Apart from petrol money (and only Whitby was more than 20 miles away), and the Fish and Chips, and the cinema tickets, we havn't spent a penny! We took flasks and picnics and I can honestly say its been brilliant. Hope you enjoyed coming along too.
Posted by Diane at Saturday, October 30, 2010

Lovely pictures - looks a great day out! You've had a good staycation! Love that last building. So cute!

Thank you Diane! We've even spent less than you, as it was completely free! Ha ha! :)
xxxxx

My goodness the memories came flooding back when I read your post - I remember being taken to Thoresby Hall when I was a child - I remember a big hall with beams, a balcony or gallery and lots of antlers on the walls. I've really enjoyed your staycation posts:)

Wow...would I ever love to walk through that "hotel"...! We often "vacation from home" and always find something new and interesting. Amazing, isn't it, how you can live in a place for a long time and miss things until someone mentions it and we take a second look!

I've seen the Hall on the Warner's ads - never knew it would be one you went to! Though I might have guessed - you get everywhere!! ;)

The carved face of the woman is quite haunting - I wonder if she was a real person? There's a look of sadness about her. Was that man her husband? Father??

I love your days out, Diane!

That is a magnificent house - I love the rusty gates.

I'll swap this for Versailles any day!

I've really enjoyed coming along on your outings, Diane! Staycations are just the best and so very cheap !!
Thoresby Park looks stunning - palatial - what a great place to visit in your local area.
You've given us lots of ideas of places to see when we eventually go on a holiday to Yorkshire :-)
Have a happy Sunday!
Denise x

I've just been reading back through your holiday week and I'm so impressed that you found such interesting and beautiful places. You must be feeling so pleased with yourselves, good for your pocket, good for the environment and good publicity for your area. Well done, I love that little circular building.

I've thoroughly enjoyed your staycation. I'm now determined to explore my own local area. I'm sure there are some gems to be discovered.

Another of my favourite places when I go back 'home'.